` Reebok Bacon - If It's Hip, It's Here
Skip to content Venables Bell & Partners of San Francisco devised a clever consumer engagement initiative to celebrate the 2014 Reebok CrossFit Games that rewarded CrossFit athletes’ love of the Paleo diet* – bacon in particular. Venables Bell & Partners Reebok Bacon is branded bacon in beautiful packaging coupled with a mobile truck full of bacon-laced yummies and the use of social media made for one smokin’ promotion. 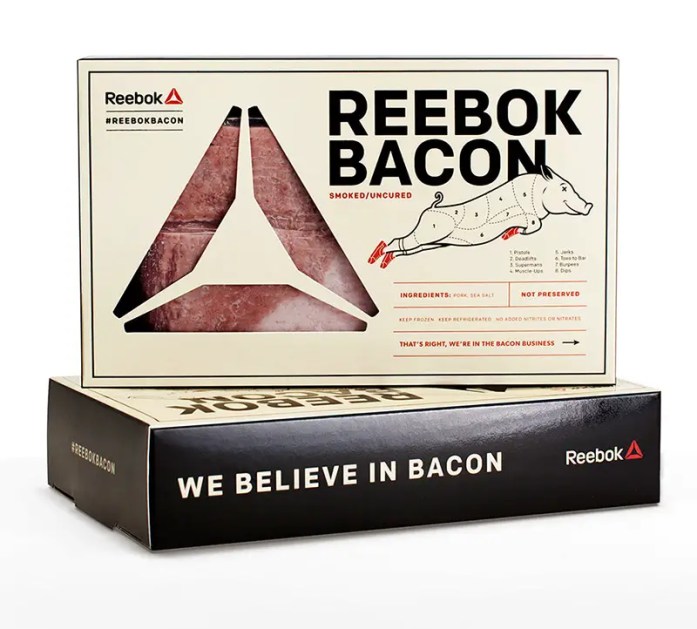 Reebok branded bacon, in a nicely designed box complete with manifesto and proclaiming “We Believe In Bacon,” was delivered straight to athletes’ and fans’ homes in the community. Seventy-four bacon boxes, packed in dry ice, were distributed before the games began ( they ran from July 22- July 27). The frozen bacon was shipped overnight in a 24-hour window making it FDA compliant. 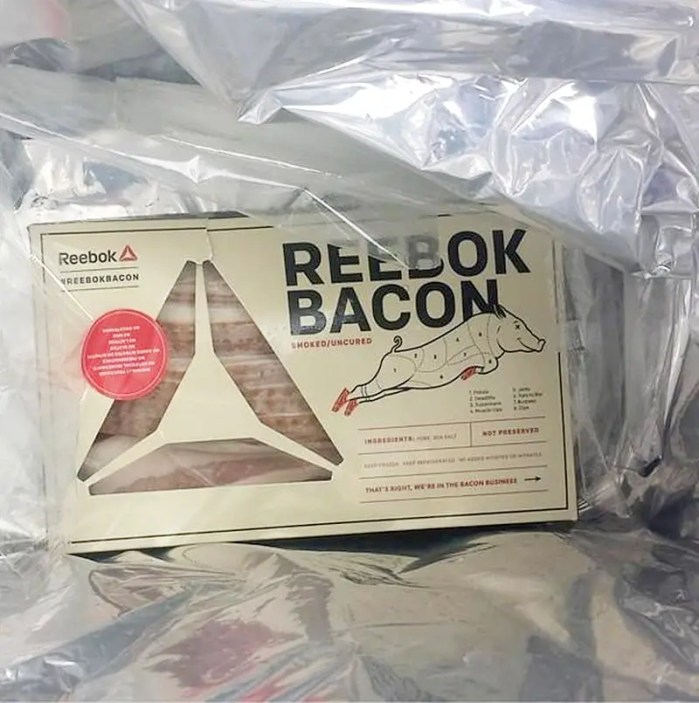 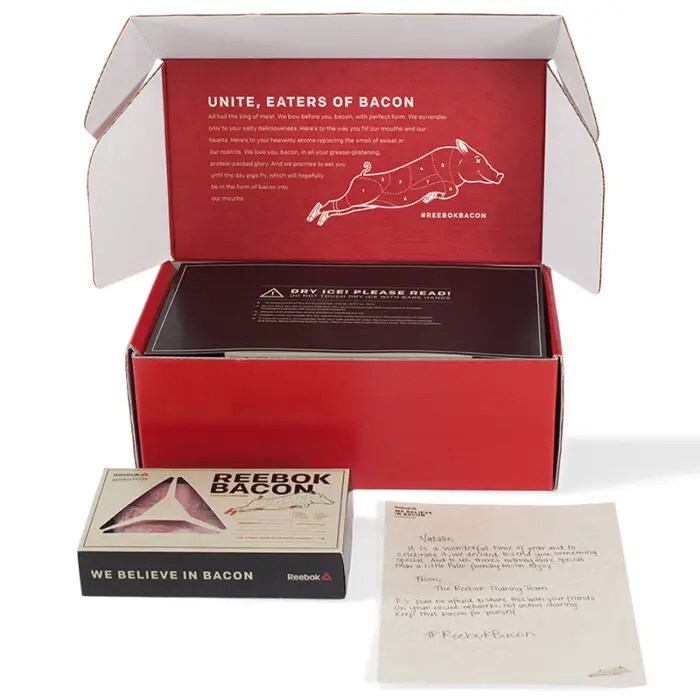 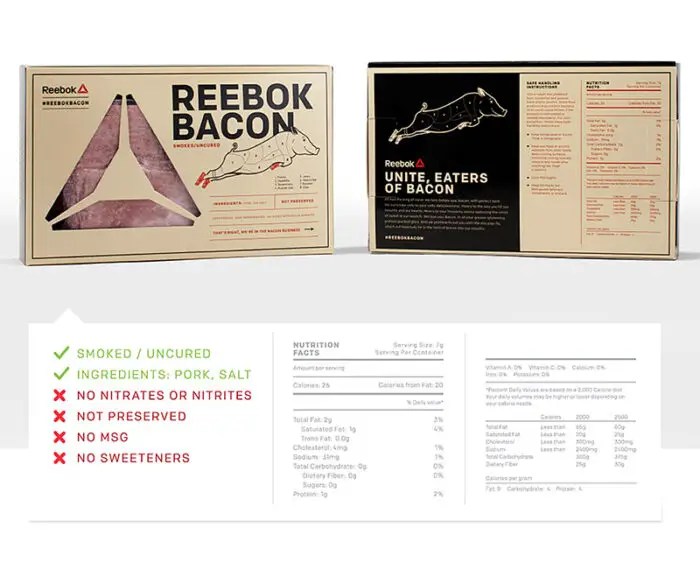 The ‘Bacon Box’, a bacon-based food truck, made appearances at the CrossFit Games, outside gyms and other locales. After being posted up in Carson, the Bacon Box Trucks did a tour of LA, alerting consumers with tweets and posts. 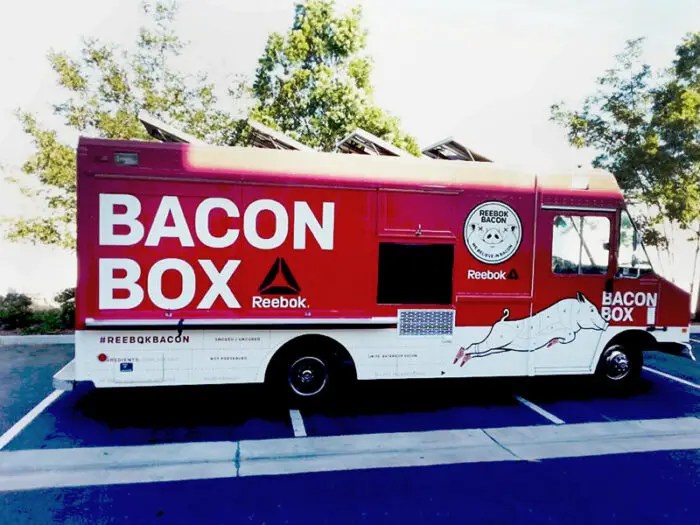 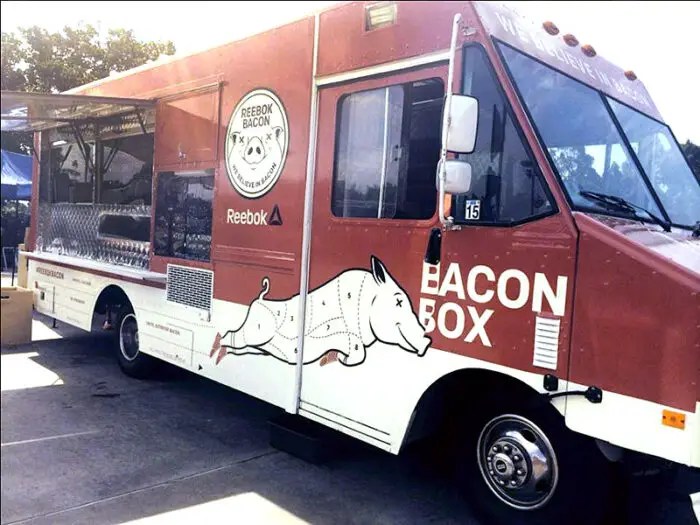 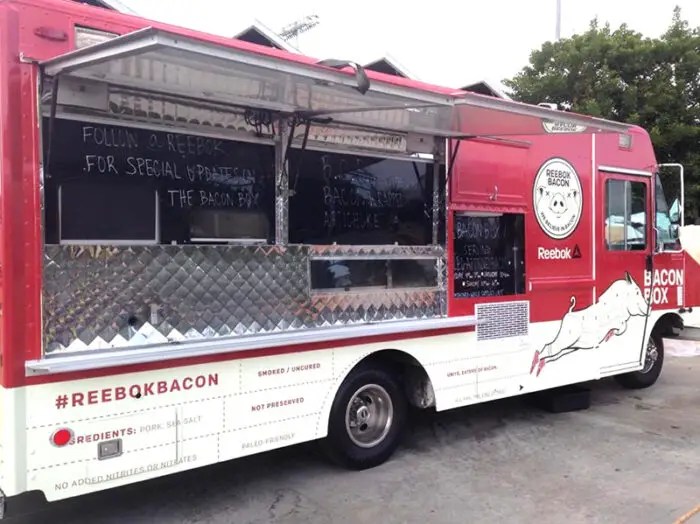 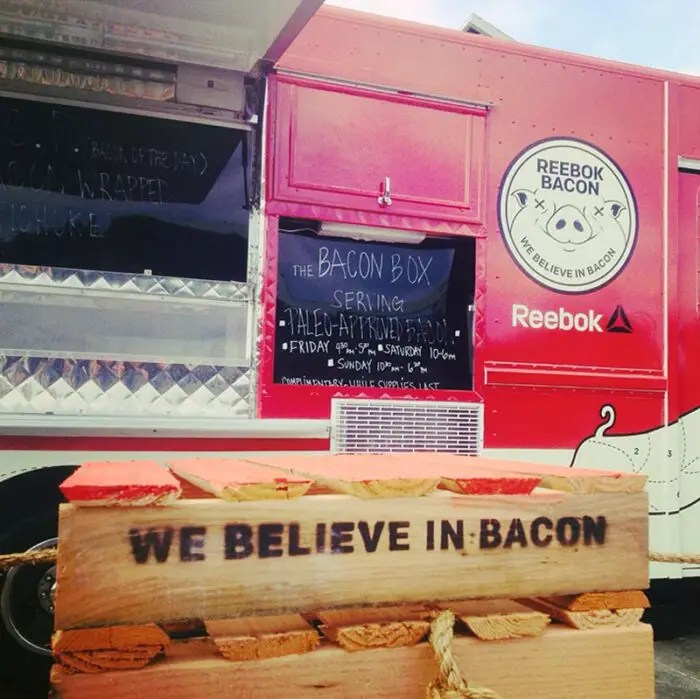 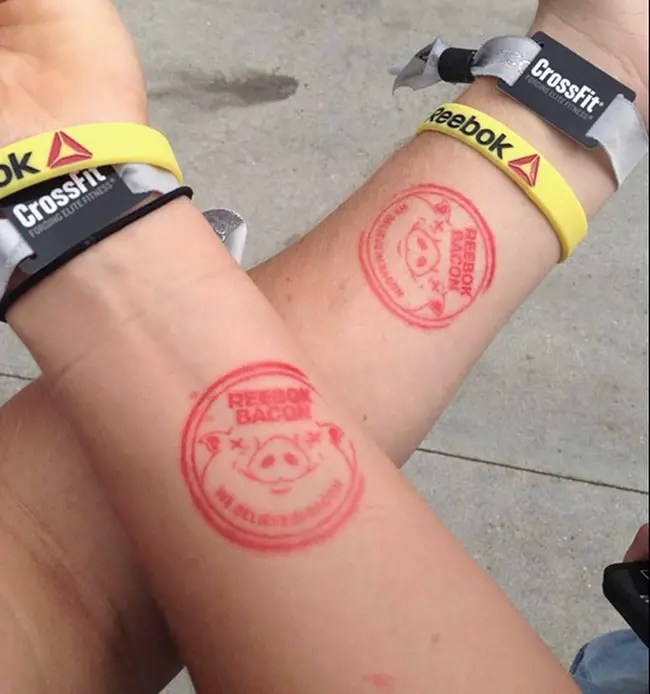 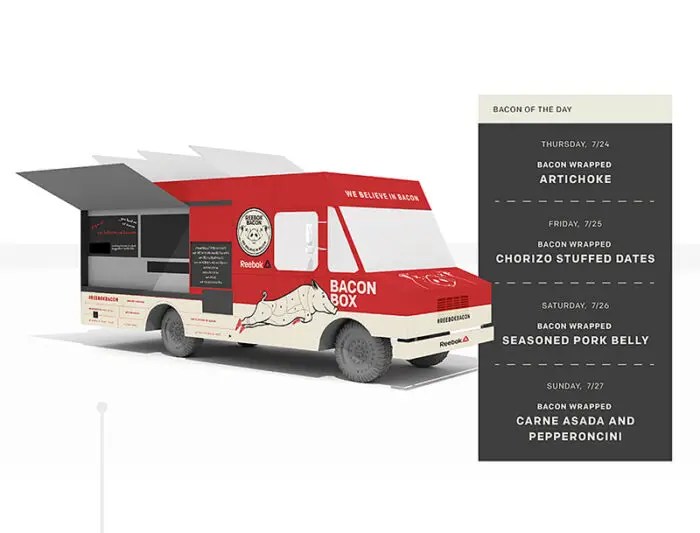 Using Social Media and their site to spread the word, Reebok continually posted about Reebok Bacon on Facebook and Twitter using #ReebokBacon to disclose “secret menu” items. Those who ordered the special item at the Bacon Box received a “You Had Me at Bacon” card they could redeem for a special prize at the Baconcierge. 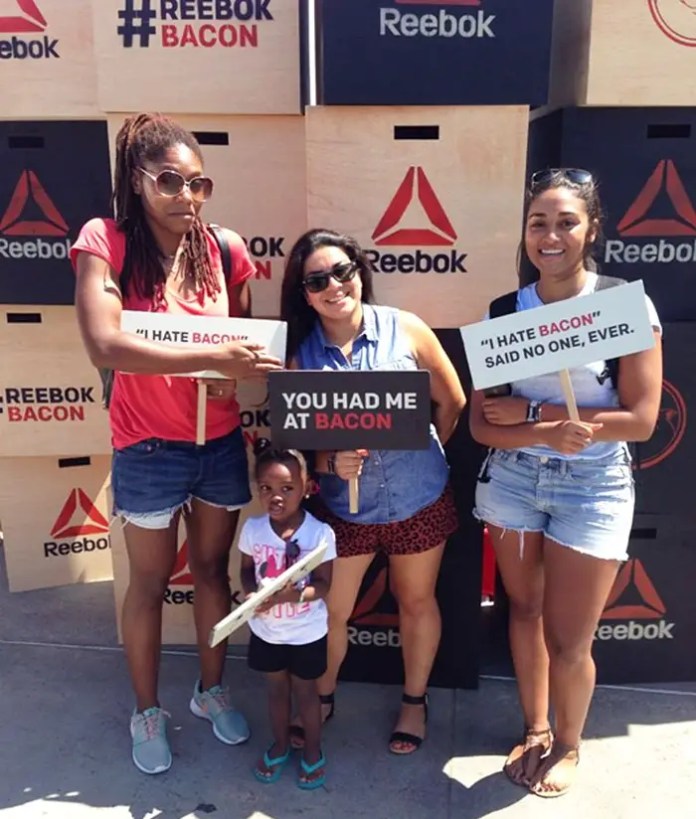 You can learn more about this project in this interview with Will McGinness on the Fast Company site. A special thanks to Fast Company for some of the information and images. Thanks to Reebok for all other images and information.

To get involved in the bacon revolution, tweet #ReebokBacon

* A diet based on eating only what our Paleolithic ancestors ate. Grains, dairy, legumes, refined sugars, and excessive salt are out; fruit, veggies and meat are in. Including bacon (unprocessed, low sodium bacon, that is), making bacon within Paleo circles something of a cherished treat.

Astronaut Nutcracker by Ben Wagner for 2014