Digitally manipulating images of animals, human nudes and insects to be disproportionate within shabby urban settings, Chinese artist Liu Di highlights the relationship between the the Animate and the Inanimate.

Liu Di was inspired way back in 2008 when riding a bus through the crowded suburbs of Beijing.“Looking out at the decrepit housing blocks, I had a vague but strong feeling that there was something missing between the ground and the sky,” he recalls.

In 2010, using photo editing software, he re-imagined the normal proportions of a panda, a rhinoceros, a monkey, a rabbit, a deer and a frog and inserted them at a gigantic scale into dilapidated urban settings for his first series.

By shoehorning these bottom-heavy beasts into back streets, construction sites and tenement courtyards, he highlights the relationships “between nature and human society, between the material world and the intellect, between obedience to and violation of the laws of nature.” It is only when our preconceptions are jolted, Liu Di concludes, that “we wake up and truly see”.

Liu Di then continued the series by playing with the juxtaposition between disproportional human nudes and natural surroundings in 2012:

Animal Regulations III
Then, a beetle in 2013:

“By violating the rules of common sense, we can break the hypnotic trance induced by familiar reality.” – Liu Di 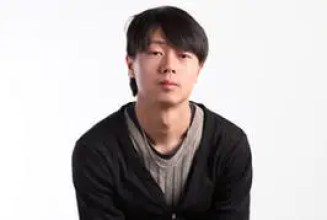 Liu Di (above) was born An Kang City, Shanxi, in 1985 and studied at the China Central Academy of Fine Arts from 2004-2009. He is represented by Pekin Fine Arts Gallery and White Rabbit Gallery