` Kanye's 'FAMOUS' Sculpture: The Inspiration, The Art & The Price
Skip to content 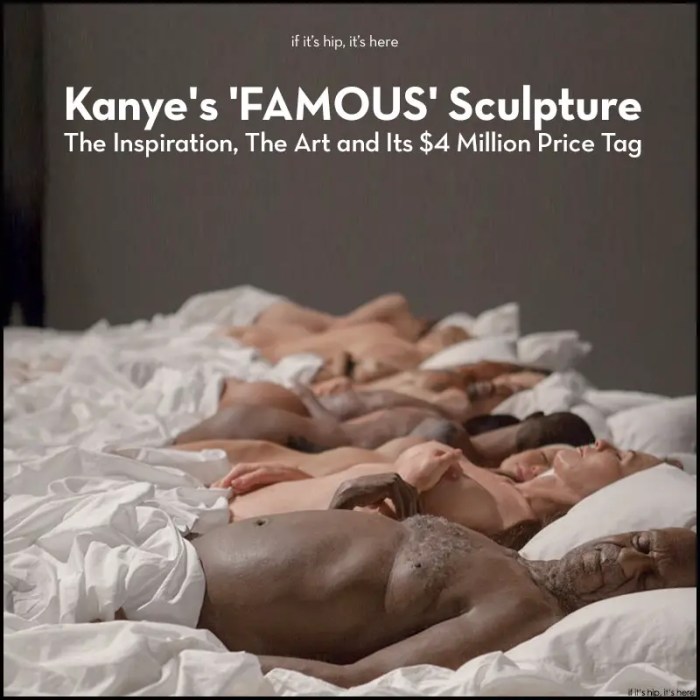 Paying homage to 12 of the biggest names in pop culture, FAMOUS, is a mixed media art installation by Kanye West inspired by Vincent Desiderio’s 2008 painting “Sleep” and based on his single and music video of the same name. 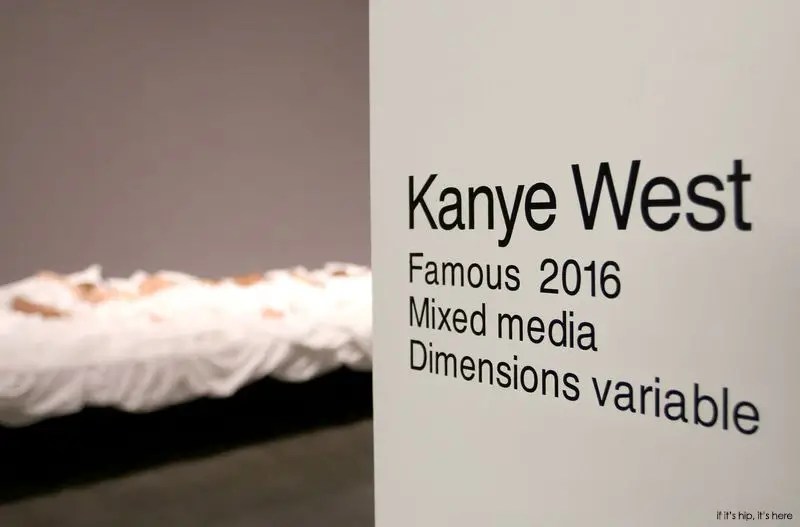 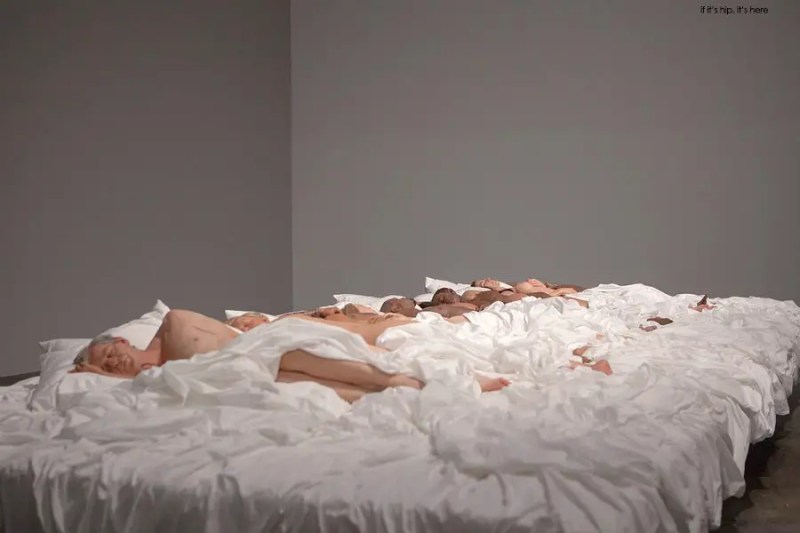 The piece, which featured 12 creepily life-like silicone sculptures of Hollywood celebs* in one large bed, was on display at the Los Angeles Blum & Poe Gallery for only one weekend in August. 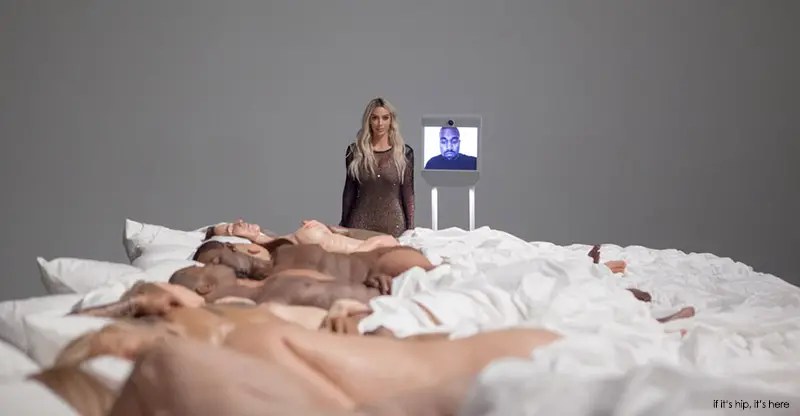 The 2004-2008 oil painting below by Vincent Desiderio served as inspiration for the piece.

Kanye, who has long been interested in art, melds music and sculpture in the piece, putting a modern twist on Desiderio’s tableaux. And there’s the obvious allusions to the Last Supper as well. 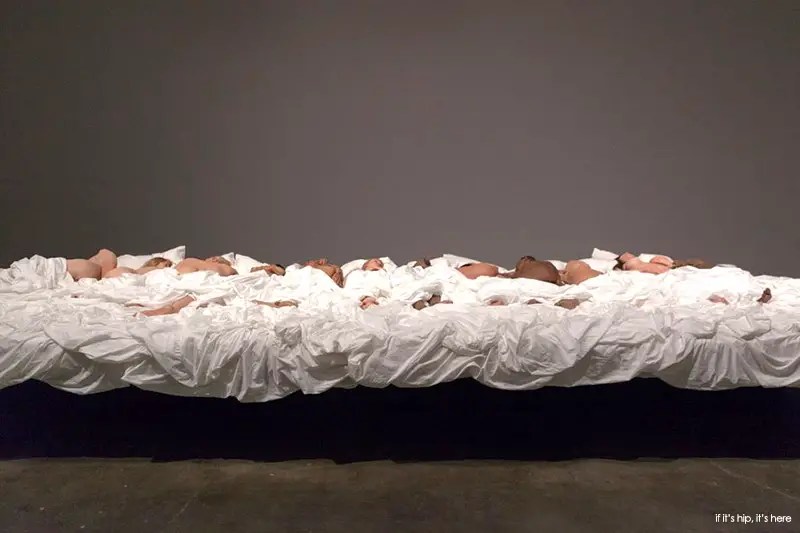 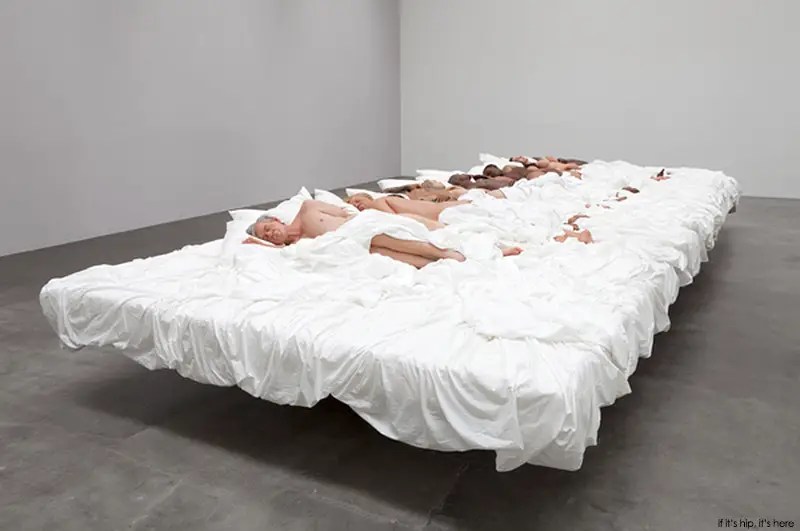 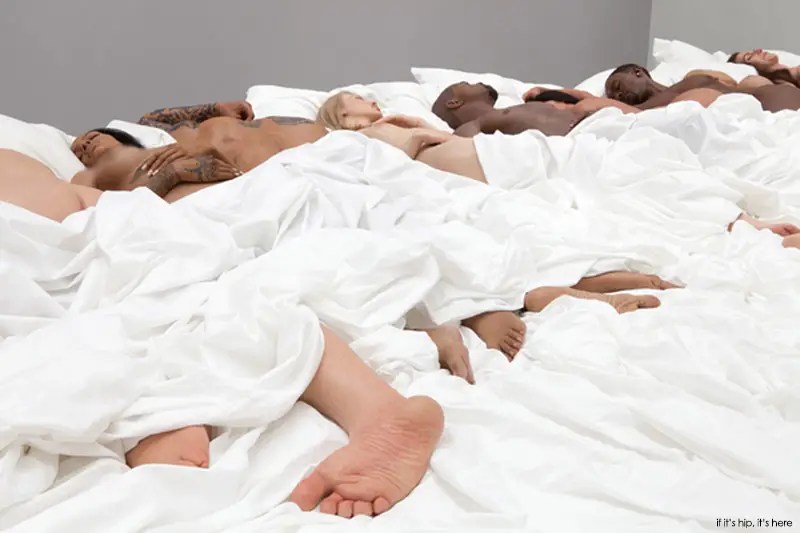 Please forgive the censor bars in some of the images below, but I have to comply with Google’s conservative Ad Sense policies: 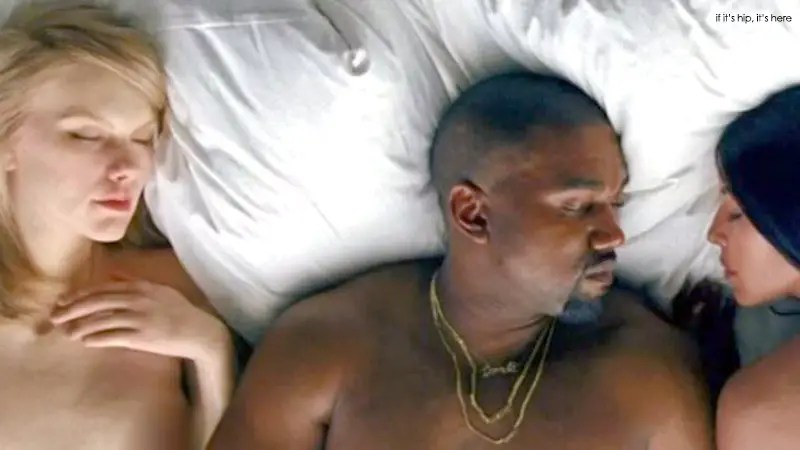 As a trained multi-disciplinary artist, Kanye West works fluently in an expansive range from music, to fashion, to performance and more. He has collaborated with other leading contemporary artists such as Takashi Murakami, Steve McQueen, George Condo, Vanessa Beecroft, Marco Brambilla, Jackie Nickerson, Michel Gondry, among others. West’s language encompasses fantasy, sex, beauty, celebrity, faith, darkness, power and above all, truth.

Last year, West received a doctorate from School of the Art Institute of Chicago in recognition of his many accomplishments in the fine arts, and was introduced by artist and SAIC professor Nick Cave.

In a commentary from Art Basel Miami in 2014, New York Magazine posed the question, “Could Kanye West be the world’s most committed artist?” stating: “Commitment is a big part of what we admire in fine art. When Jerry Saltz recently shared his memory of seeing a performance artist in 1990 … we felt punch-line giddy when he revealed this young man was Matthew Barney. An artist’s commitment over the decades illuminates a narrative that makes us feel secure watching individuals push their boundaries … Kanye West has this quality; he is an artist who commits, even when it isn’t prudent, comfortable, realistic, or flattering.”

In his new work, Famous, West takes on the subject of myth and celebrity, daringly and stunningly ripped from the pages of his own personal narrative. Famous reduces a modern pantheon of celebrity figures to a group of vulnerable — nude, yet desexualized — sleeping partners, stripped cleanly of any artifice or pretense that invokes celebrity. The figures’ essential, primal humanity is revealed, reinforced by the subtle breathing mechanisms gently at work inside of each sculpture. Playing with the idea of neo-religious tableaux, the figures become anonymous, even angelic, outside the framework of modern media culture.

The installation is made up of 12 photo-realistic lifelike silicone sculptures, hand-fabricated by over 30 fabricators in two Los Angeles-based studios over a period of two and a half months.