San Francisco based artist and designer Noa Batle has turned the typical toy soldier into a merchant of the mundane. His “Domestic Soldiers” are an artistic spin on the classic cultural icon, armed with household objects instead of weapons.

We’ve already seen a few alternative takes on the traditional plastic green army men. There’s been Toy Boarders on one end of the spectrum and the controversial Casualties of War toy soldiers on the other. Now artist and designer Noa Batle is introducing his Domestic Soldiers – three miniature green plastic molded men in military garb armed with a book, a vacuum and a watering can. They are nurturing their minds, homes and gardens adding to the soldiers’ humanity as opposed to a one-dimensional stereotype of them as warriors on the battlefield. 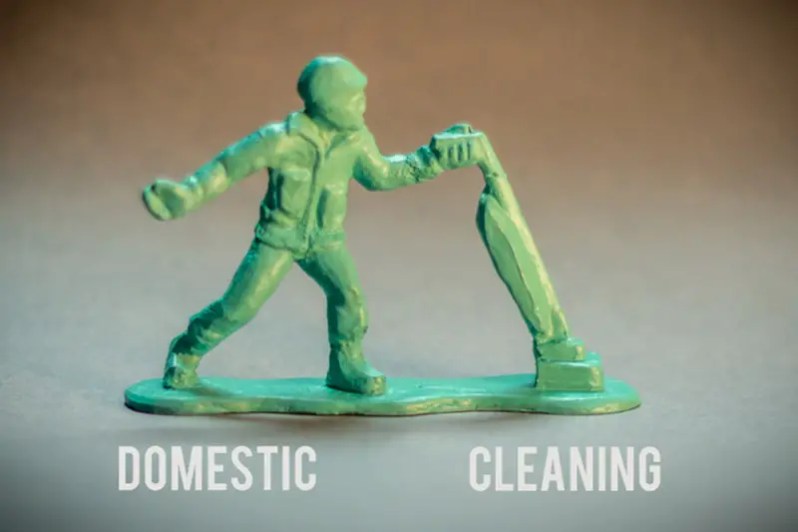 Batle is asking for funding via kickstarter in the hopes that these can be mass produced and the line extended in the future. 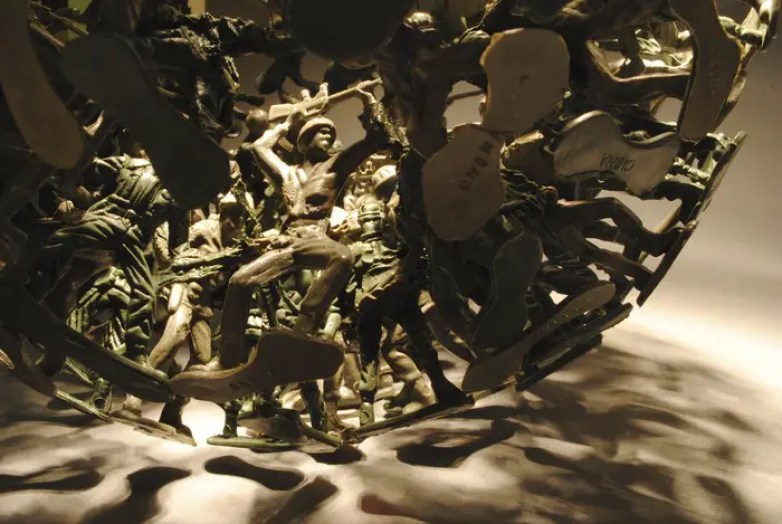 “War Ball” is a one-of-a-kind sculpture made from actual plastic toy soldiers welded together. This was the first artwork Noa made in this series. It was exhibited most notably in New York MOMA PS1 this past spring. From a distance it looks like a ball you might play with, but as you get closer you see individual soldiers fused together in frozen vignettes welded into a permanent battle. It embodies the conflict Noa had mixing war and play.

Don’t forget to check these out if you missed them:
Toy Boarders: A Peaceful Twist on Toy Soldiers For A New Generation An Angular Head Becomes A Sink in The Forma Mentis Washbasin.

Fisher-Price Special Edition Thank You Heroes Figures Give Back

LEGO Launches Their First LGBTQIA+ Set, Everyone Is Awesome