you are here: if it's hip, it's here » furniture » chairs » Vitra Edition: Encouraging Experimental Design

Vitra Edition is a laboratory that provides architects and designers with the freedom to create experimental furniture objects and interior installations.

Their choices of materials, technologies, applications and formal concepts are not limited to the existing Vitra vocabulary, while they have full access to Vitra’s technical know-how. Working without the constraints of market and production logic has a liberating effect and results in surprising solutions and new ways of seeing design.

above: Chair by Frank Gehry 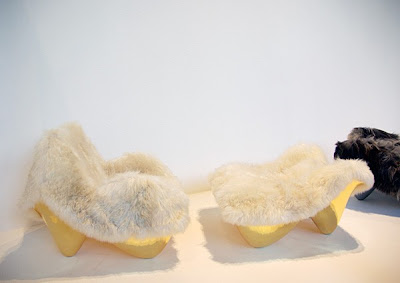 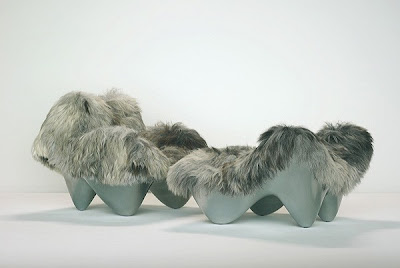 above: the Duke and Duchess chairs by Greg Lynn 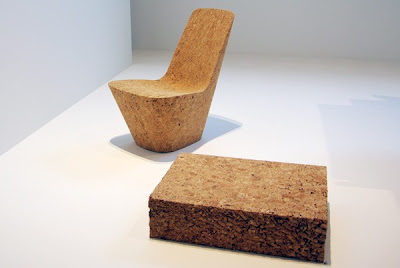 above: Cork chair and table by Jasper Morrison

Twenty years ago there was hardly a collector’s market for experimental design, and yet Vitra Edition was widely published and discussed.

above: the very first Vitra edition, 1987

With the first Vitra Edition twenty years ago, their motivation then, as now, was to escape from the strict norms and conventions of the furniture industry. 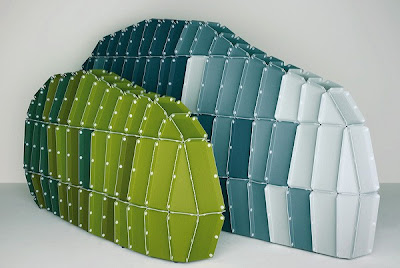 above: Rocs by Ronan and Erwan Bourellec 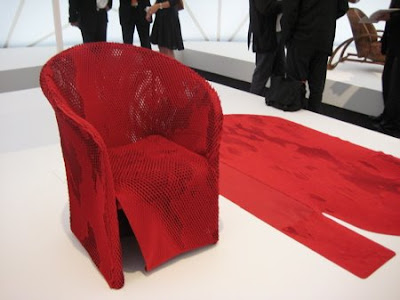 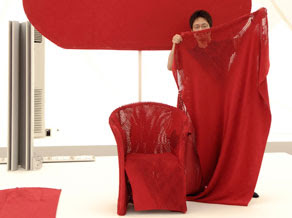 above: Kimono chair by Tokujin Yoshioka

The process of creating the Edition was liberating for Vitra and important new designer relationships were established. In its industrial production Vitra works with some of the most talented contemporary designers and architects. Exceptionally gifted, they have antennas to perceive the shape of things to come. Still, they have to embrace the fact that industrial production is under great pressure from price, performance, production technology and regulations. Such constraints are beneficial and necessary for the development of good everyday products, but they make it difficult for experimental ideas to be realized. 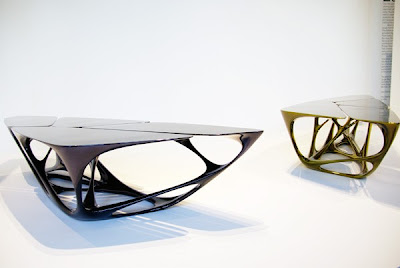 above: Mesa tables by Zaha Hadid 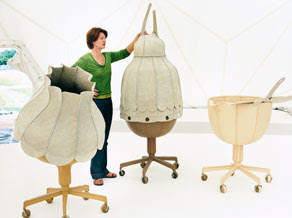 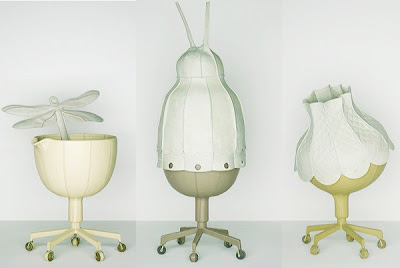 above: Office Pets by Hella Jongerius

Truly radical concepts are developed with a different set of criteria from those of industrial production; they emphasize certain aspects and consciously neglect others. While these experiments may only interest a small group of people, their impact can be substantial as they provoke new sensations and insights. 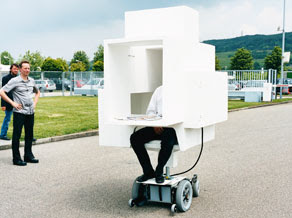 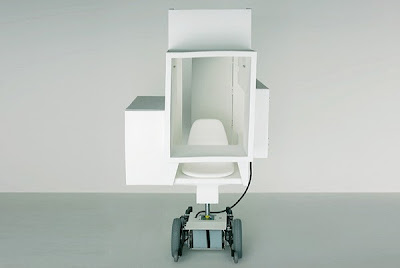 above: the Slow Car by Jurgen Bey 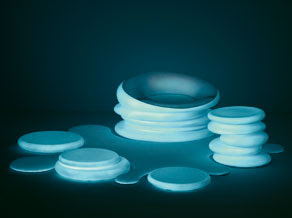 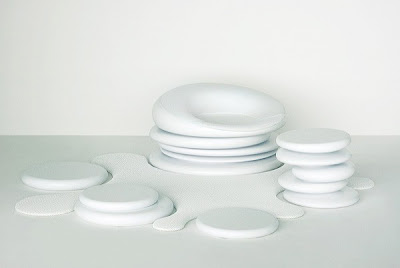 Experimental objects often do not want to solve a practical problem; they are manifestations of the designer’s and architect’s creative intelligence, an expression of a critical position, a utopian wish or a formal fantasy. Whether some of the concepts will eventually inspire the design of everyday objects remains to be seen. 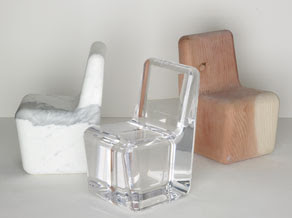 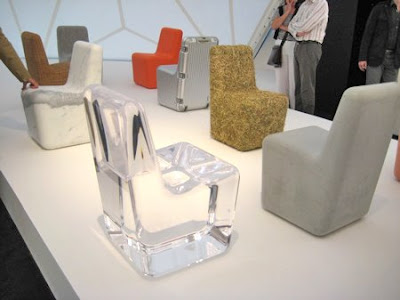 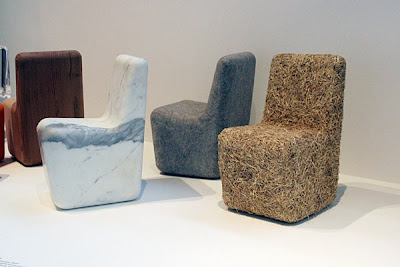 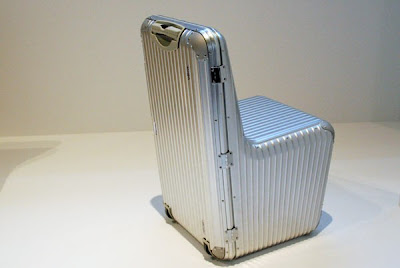 above: Chairs by Naoto Fukasawa 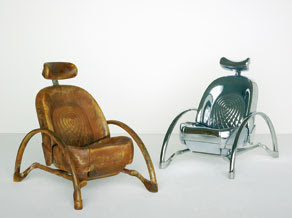 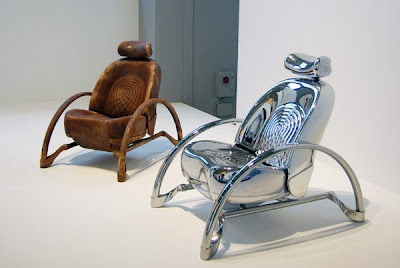 above: Moreover by Ron Arad 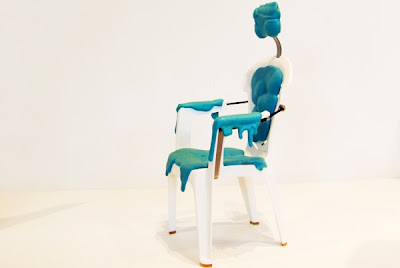 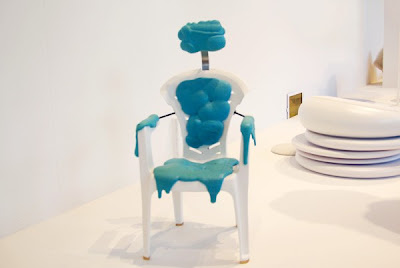 Vitra Edition is both a process and a result. As a process it contributes to our ongoing design research; the result, instead, is a collection of extraordinary objects representing some of the most advanced positions in contemporary design. 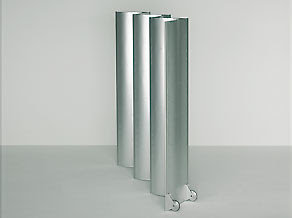 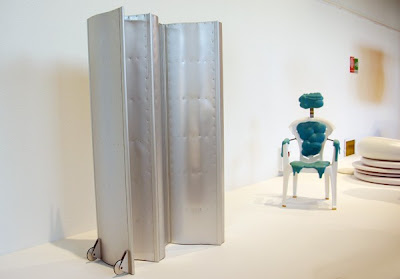 above: es screen by Alberto Meda 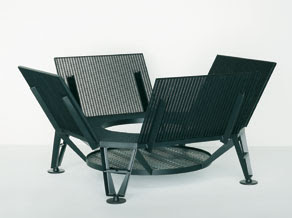 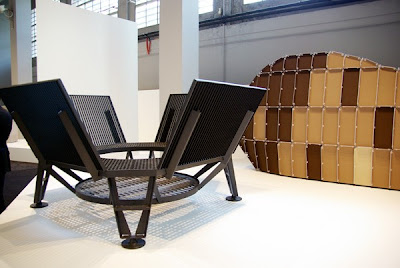 above: Landen by Konstantin Grcic

They are made available to collectors as a limited edition. The limitation guarantees the aspect of rareness, while – as a direct consequence – the substantial costs of creation and development are distributed on a small number of objects. In this respect Vitra Edition follows a logic which is different from Vitra’s industrial production. The objects of Vitra Edition are as diverse as their authors and reflect the wide range of interests that is characteristic for a Vitra project. 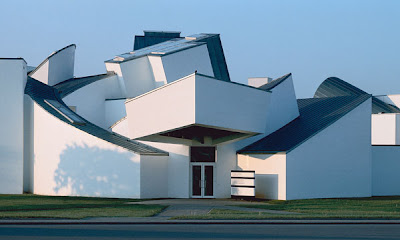 above : The Vitra Design Museum

After the initial presentation on the Vitra Campus during Art Basel 2007, the new Vitra Edition prototypes are being shown in museums and galleries worldwide and were a big hit at the 2008 Milan Furniture fair.

Special thanks to Vitra for the text and to Vitra, Dezeen and Designboom for additional images.