` Vintage Hollywood Thanksgiving PinUps - If It's Hip, It's Here
Skip to content After the Macy’s Thanksgiving Day Parade, as you await your 2:00pm dinner and football games, I have just the thing to whet your appetite. A collection of vintage Hollywood Thanksgiving Pinups of established actresses and unknown starlets posing with holiday props to promote themselves and their movie studios.

For several decades in Hollywood, the large studios such as MGM, Paramount, Warner Bros, 20th Century Fox and RKO had actors and actresses under contract. In addition to starring in a certain number of films each year, they also sat for countless photo sessions to help their own careers as well as the studio. During the major holidays (New Years, Valentine’s Day, Easter, 4th of July, Thanksgiving and Christmas) the actresses often posed like pin-up girls with seasonal props. Although this gratuitous exploitation of women is no longer a Hollywood studio practice, the old photos are a hoot to peruse. Here are several Thanksgiving ones in which, more often then not, they are trying to lure the innocent turkey to its death.

And now the photos of vintage Thanksgiving pinups whose names I don’t know: 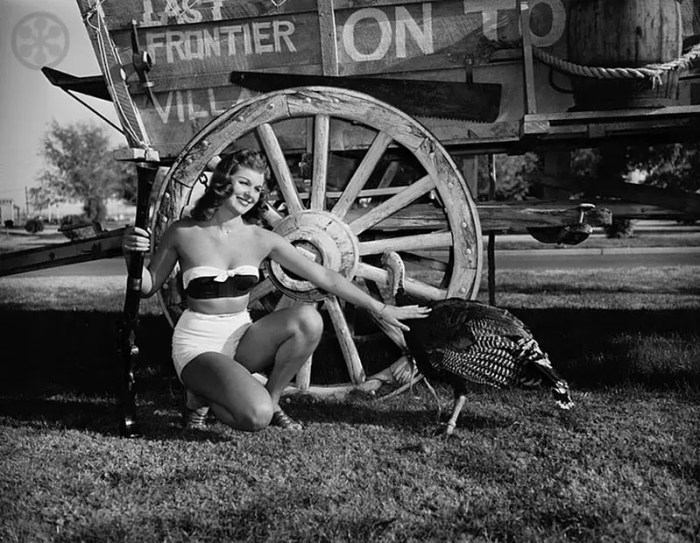 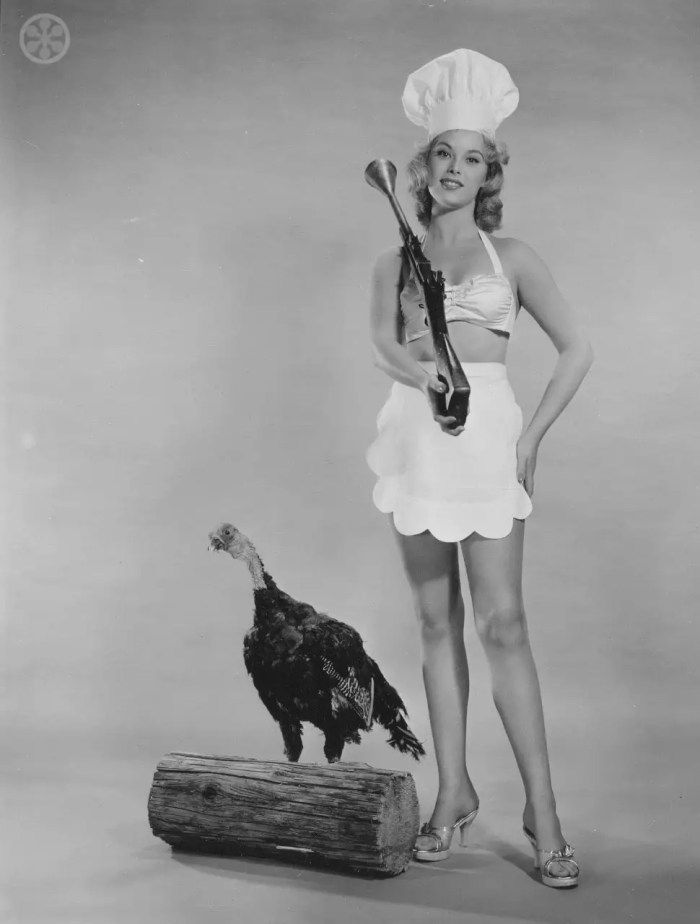 Lastly, I have no idea where this photo of Susan Dey came from, but it’s great: A Case Of Bass. Vintage Suitcases and Train Cases Turned Into One of A Kind Speakers.

Tailgating For The Sartorial Set. The Bulleit Woody Whiskey Trailer by Brad Ford and Moore & Giles – This Time For Neiman Marcus.