you are here: if it's hip, it's here » luxury homes

We love architecture. Big, small, residential, commercial, in the trees, below ground… if it’s different, beautiful or controversial, we usually pin it to one of our awesome Pinterest Boards that are followed by millions of people. END_OF_DOCUMENT_TOKEN_TO_BE_REPLACED

If you follow home, real estate and architecture blogs, you may have seen several outrageously large homes in Southern California by “Architect to the Billionaires” Paul McClean. He’s the designer behind the most expensive spec homes ever built such as The “Opus House” and the yet to be completed $500,000,000 spec home under construction by developer Nile Niami. END_OF_DOCUMENT_TOKEN_TO_BE_REPLACED

Sea Arches is a stunning modern architectural masterpiece designed by Michael Leventhal and Robert Schlosser on the Mendocino coast. The 4 bedroom, 5 bathroom, 4,238 square foot house is listed on the market for $4,195,000, down from $4,395,000. END_OF_DOCUMENT_TOKEN_TO_BE_REPLACED

The Desert House – or The Joshua Tree House as it’s been called – is owned by Jay Doolittle, who started building the house in 1987 with his wife, Bev. Completed in 1993, this 4,643 square foot modern estate tucked away in Joshua Tree has been carefully designed, elaborated upon, crafted and finessed for 27 years and is now on the market for the first time. END_OF_DOCUMENT_TOKEN_TO_BE_REPLACED

Sleek, modern architecture marks the design of this stunning Showcase House by de Blacam and Meagher Architects that sits on a golf course in Portugal’s Quinta do Lago, one of Europe’s finest luxury resorts. END_OF_DOCUMENT_TOKEN_TO_BE_REPLACED 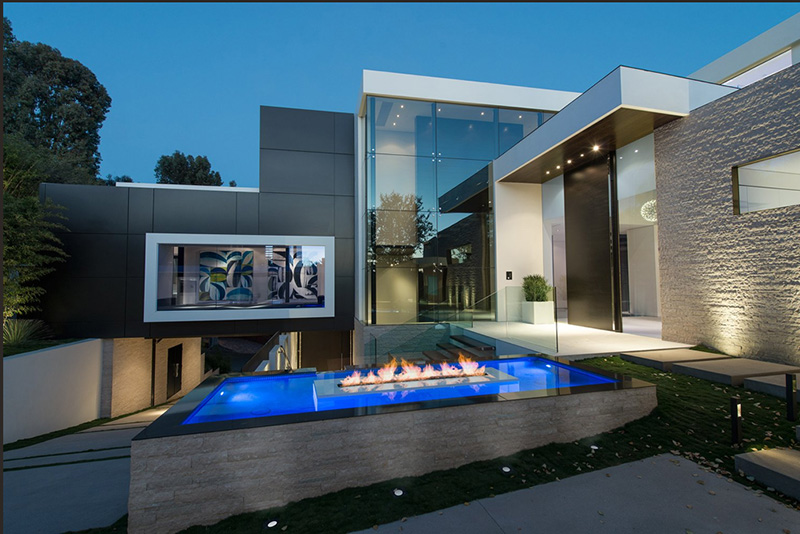 This jaw-dropping residence at 1201 Laurel Way in Beverly Hills is presently on the market (but not listed on the MLS), for a mere $36,000,000. To share with you the features and numerous photos (I have 86) of this enormous modern mansion, I simply had to break this up into two posts. END_OF_DOCUMENT_TOKEN_TO_BE_REPLACED