you are here: if it's hip, it's here » body painting

With many awards and titles to his name, bodypainter Johannes Stötter is well known in the world of body art. An instructor at the World Bodypainting Academy, Johannes’ animals made up of multiple humans are but a small part of his work. END_OF_DOCUMENT_TOKEN_TO_BE_REPLACED

The Marvels of Nature series by artist Emma Fay transforms contortionists into creatures chosen for their remarkable evolutionary traits. END_OF_DOCUMENT_TOKEN_TO_BE_REPLACED

Like several other talented photographers San Francisco-based Lennette Newell has a portfolio with beautiful photos of animals, both domestic and wild. She also has a knack for taking portraits of people with their own pets. But what sets her apart from other typical lifestyle, portrait and animal shooters, is her combining of body paint, humans and animals for a most unusual effect. END_OF_DOCUMENT_TOKEN_TO_BE_REPLACED

These wild ‘human motorcycles’ are the talented creations of body artist Trina Merry. One, the Red Ducati, was a commission for a Japanese entertainment show, the other three – a sport bike, dirt bike and a cruiser- were created for a promotional ad campaign. Here’s a look at the mind-blowing work , photos taken during the shoot and a behind the scenes video. END_OF_DOCUMENT_TOKEN_TO_BE_REPLACED

By applying paint to her subjects rather than to canvas, artist Alexa Meade turns people, food and still lives into 3D installations as 2D paintings. END_OF_DOCUMENT_TOKEN_TO_BE_REPLACED

It’s that time of year again. Time for Sports Illustrated’s Swimsuit edition – only with body paints instead of real swimsuits. We shouldn’t be surprised that our post on 2013 SI Swimsuit models wearing nothing but body paint is one of our most popular. So of course we’ve got a look at this year’s SI bathing suit models with painted-on swimsuits. END_OF_DOCUMENT_TOKEN_TO_BE_REPLACED

An illustrator and graphic designer by trade, Tokyo-born artist ???????????? Hiraku Cho, plays with applying acrylic paint directly on the skin, giving the illusion of human forms invaded by technology, fruit and even other humans. END_OF_DOCUMENT_TOKEN_TO_BE_REPLACED 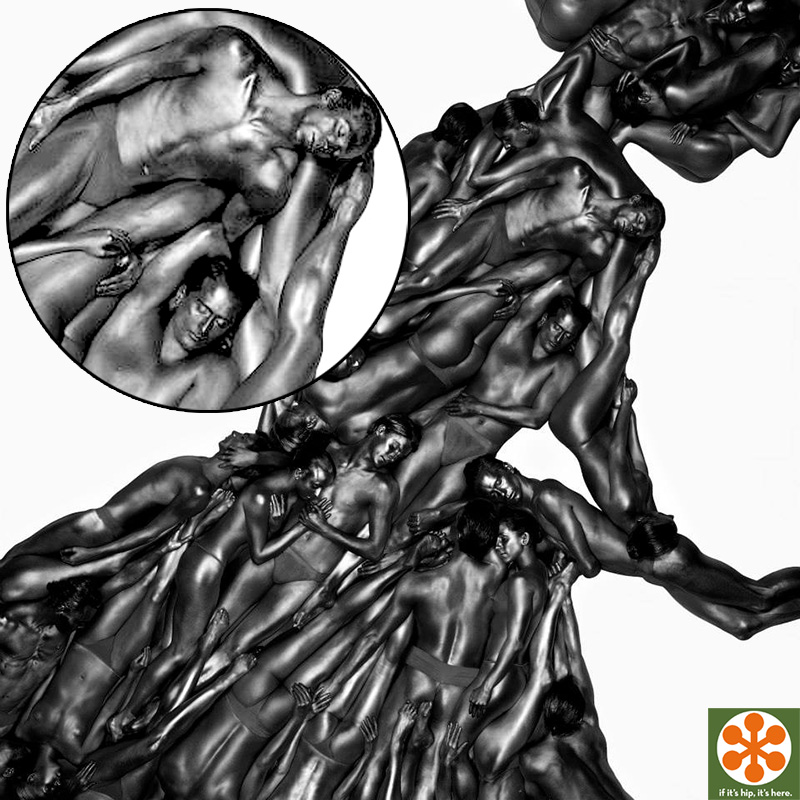 To celebrate its Season 2014 launch and Artistic Director Aurelien Scannella’s first year of programming, West Australian Ballet collaborated with Artist and Photographer Emma Hack to create a series of striking images for its 2014 program. END_OF_DOCUMENT_TOKEN_TO_BE_REPLACED