` Meet Bodypainter Johannes Stötter of Austria - If It's Hip, It's Here
Skip to content 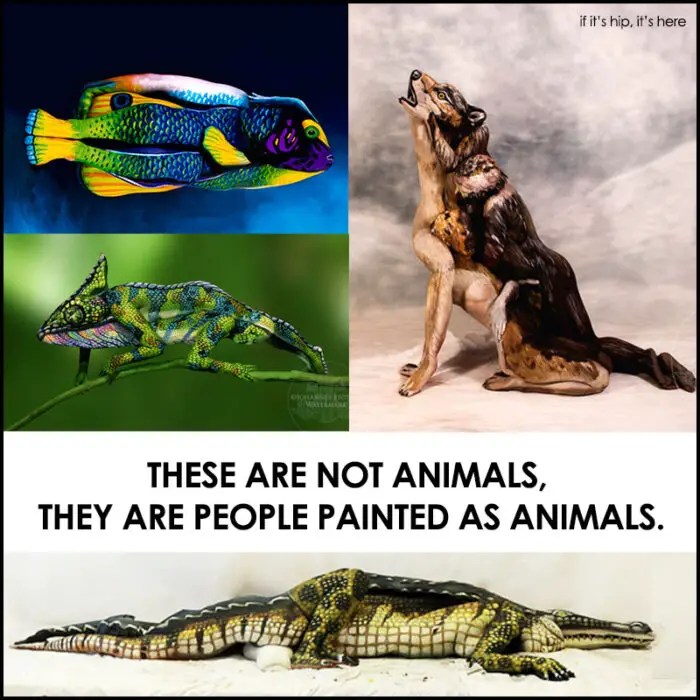 With many awards and titles to his name, bodypainter Johannes Stötter is well known in the world of body art. An instructor at the World Bodypainting Academy, Johannes’ animals made up of multiple humans are but a small part of his work.

Johannes, an artist and musician as well, works and exhibits all around the globe in collaboration with his Austria based agency Wb-production. He has created body art for several impressive clients such as Canon, Coca cola, Finlandia, M.A.C. cosmetics, Heineken to name just a few.

ANIMAL BODY ART
Animals are just a small portion of his work, but seem to be the most favored among his fans. Recently a New York Mag video compilation of his work has been floating around Facebook which brought his work to my attention. Below are his latest pieces along with the videos which reveal the mystery behind each. 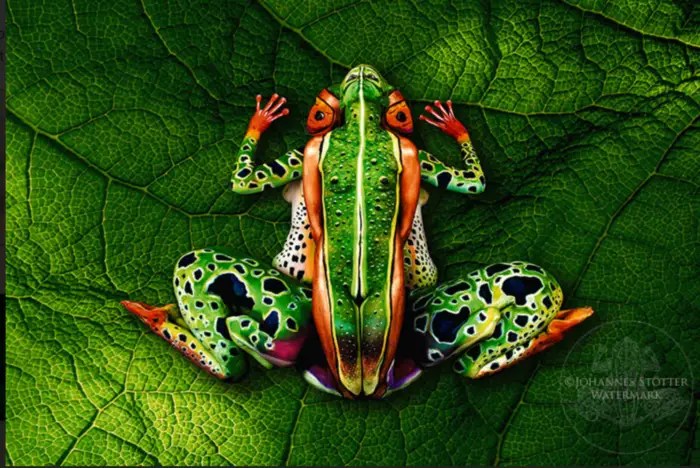 And now watch him recreate his Frog under black light using UV paints. Filmed in a theatre in Sterzing (Italy): High quality prints (framed if desired) of the pieces shown above are available at his online shop here.

OTHER BODY ART BY JOHANNES
In addition to his animal body art, he has painted several new age and spiritual type artwork on bodies, such as those shown below. 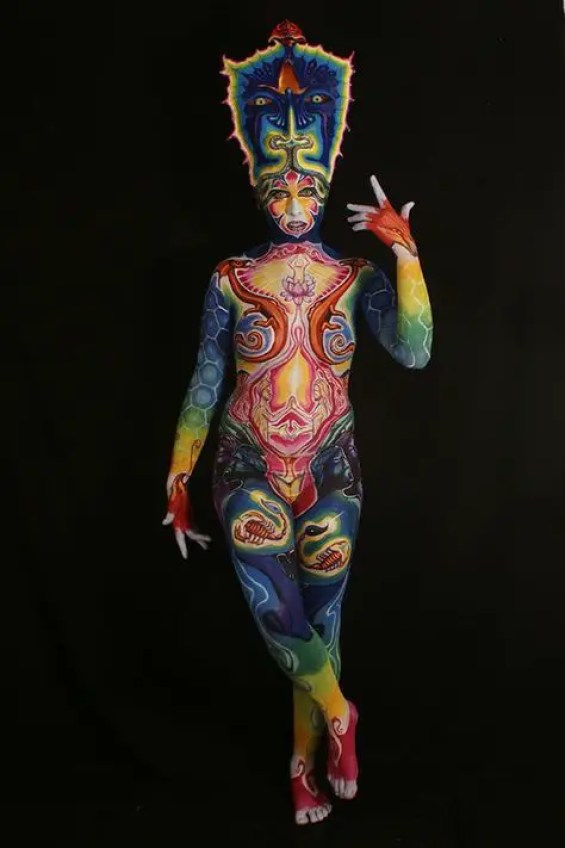 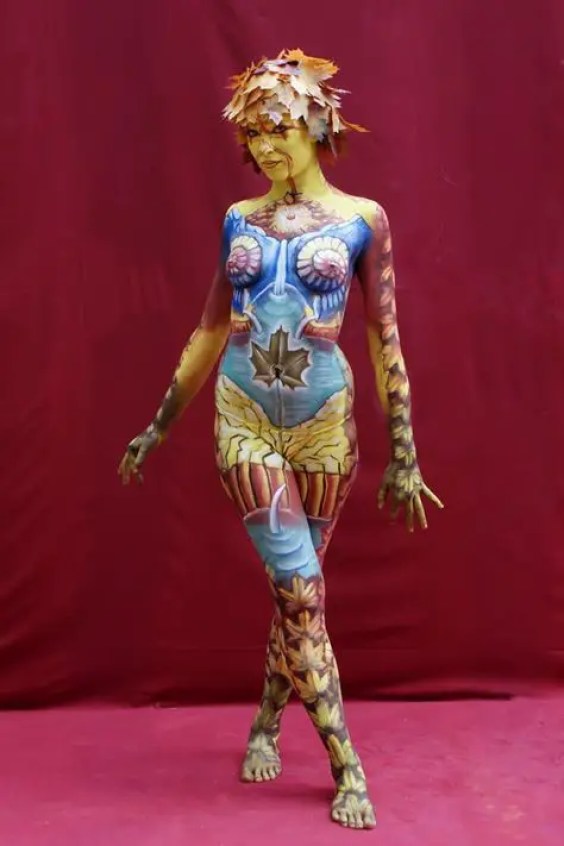 You can view more here.

COMMERCIAL WORK
He has created bodypainted imagery for many clients including British Airways for which he made a crocodile out of 2 people to advertise flights to.. where else? Florida. About the artist (from his website):
Johannes Stötter is artist, musician and fine art bodypainter. Born and based in South Tyrol (Italy), he spent his early childhood in the high Alps and grew up with 3 brothers and a sister in a family of musicians. He sings, plays violin, whistle and bouzouki in the Celtic Folk band “Burning Mind“, he studied education and philosophy at the University of Innsbruck, Austria, and was involved in several social projects which he combined with art and music.

As a fully autodidactic artist Johannes developed his painting style and his bodypainting technique without any relation to other bodypainting artists and their work. He joined the international bodypainting community in 2009 at the World Bodypainting Festival in Austria, where he took part at the bodypainting world championship for the first time.

In 2013 he became world famous with his legendary creation of a tropical frog consisting of 5 human bodies, so he made headlines in the world press and was featured in newspapers, magazines and online magazines as New York Post, New York Daily News, The Sun, The Times, The Mirror, The Guardian, Dailymail, Bild, Stern, Spiegel, Focus, Süddeutsche Zeitung, View and many more, in TV channels as CNN, BBC, TV Globo, RAI, ZDF, Pro7, RTL, DW, ORF, ntv Japan and many more, as well as in the published books “The Art of Bodypainting” (Peter de Ruiter), “Champions at Heart” (Karala B), “The Human Canvas” (Karala B) and in the Calendar “Painted Bodies” (Weingarten Verlag).

If you are a fan of Body painting and Body art, you’ll love our Pinterest board with hundreds of amazing examples.