` The Marvels of Nature Series by Body Painter Emma Fay - If It's Hip, It's Here
Skip to content 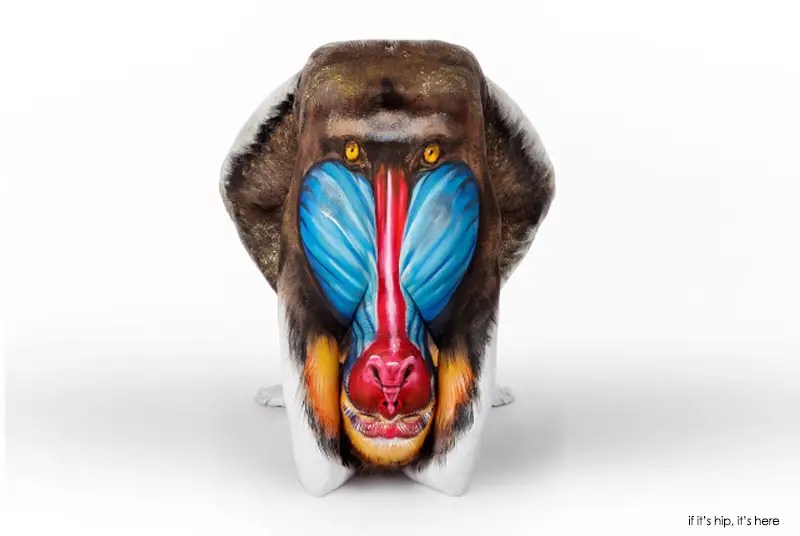 The Marvels of Nature series by artist Emma Fay transforms contortionists into creatures chosen for their remarkable evolutionary traits. The series began in 2014 with three body paintings: a tarantula, a seahorse and a giraffe, photographed by Jonathan Macauley and featuring contortionist models Beth Sykess and Lowri Thomas. 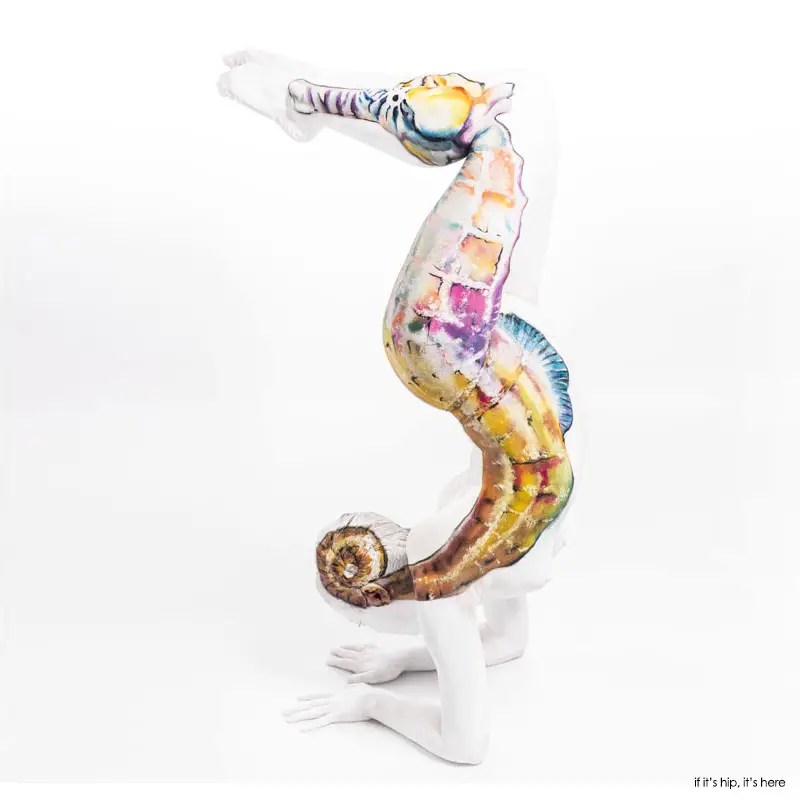 “…The contortionists can only hold the pose for a maximum of five-seconds so I have to work quickly to get it right. I then keep painting and repositioning the models until they look like the real animal.” – Emma Fay Some time later Emma added to the Marvels of Nature series with a mandrill (shown at the top of this post), a zebra, a crab, a dragon fly and a bee. A collaborative effort with Kate Spinks Dean on a blue-ringed octopus was also included. 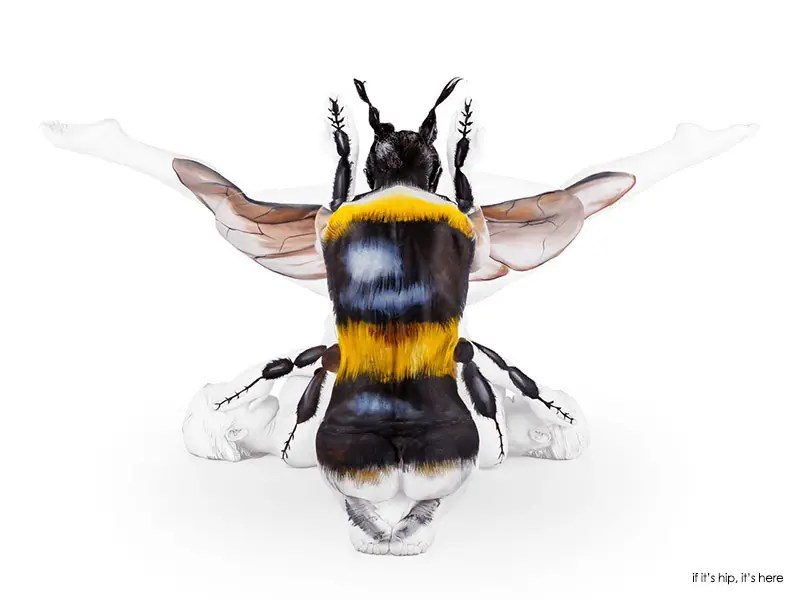 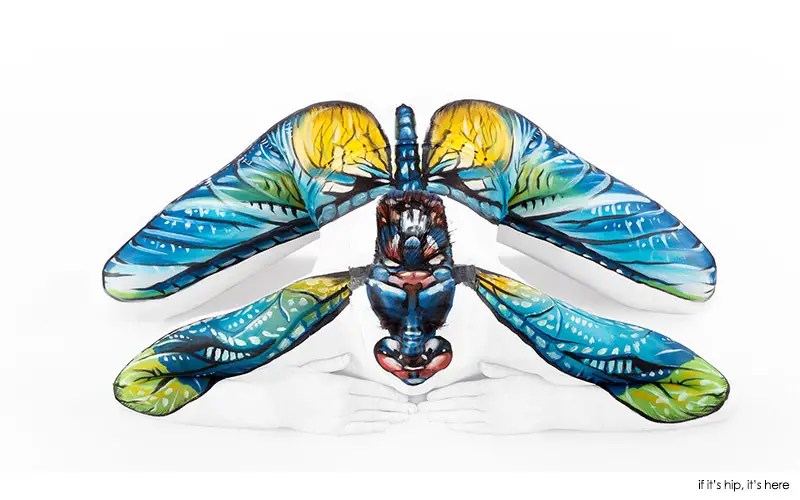 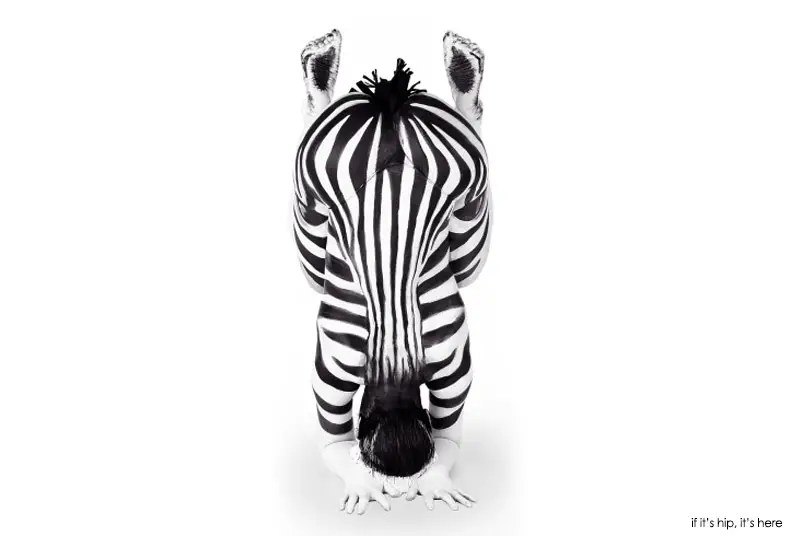 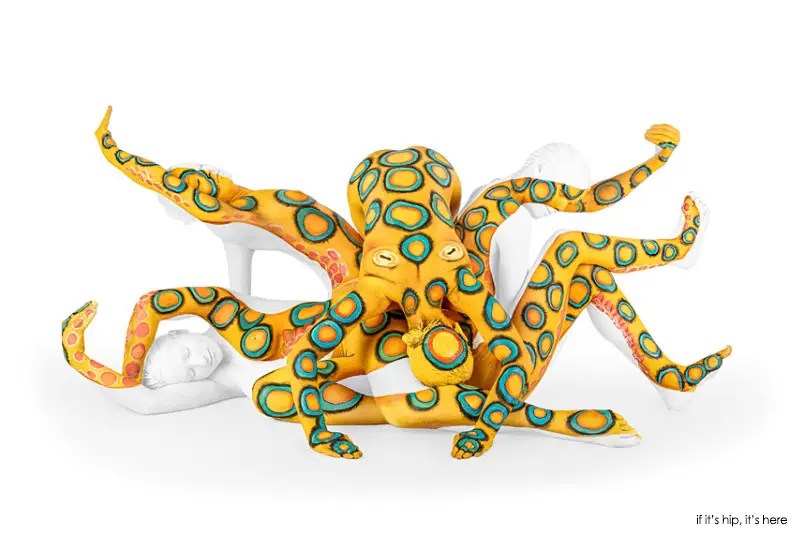 Not formally included in the series were this Shark she created for Tom Daley to help raise awareness for UK Shark Week: As well as this Reindeer: 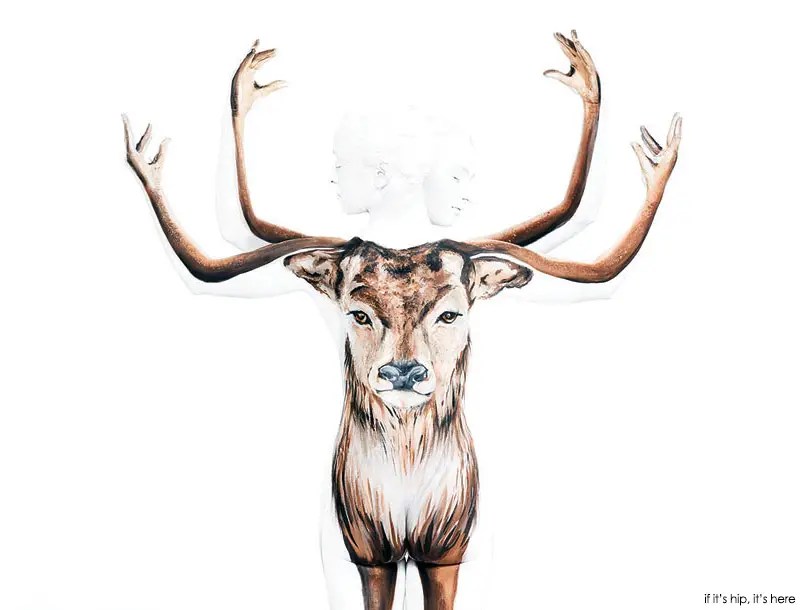 About the artist (from her website):
Working worldwide Emma Fay specializes in concept body artistry with a bespoke design process and service for Promotion, Marketing, Performance, Photography, Film and TV Productions.

As a Concept Body Fine Artist Emma’s work has been applied within commercial arenas and campaigns adding innovative illusionary qualities through her concepts and ideas.

Combining her artistic, theatrical and business background with professional experience and knowledge within the hair and beauty industry, Emma’s attention to detail and professional manner is reflected in her workshops and demos in body art, theatrical make-up and adornment making.

all images courtesy of Emma Fay

New Body Art From Emma Hack. Beautiful Women And A Look At Painting Them.