The Songdo House by Architect-K is a modern masterpiece of exposed concrete, volcanic rock, glass and wood. The enormous private residence, just under 18,000 sqft, includes a public gallery and redefines interior space with a mass of corridors and staircases. 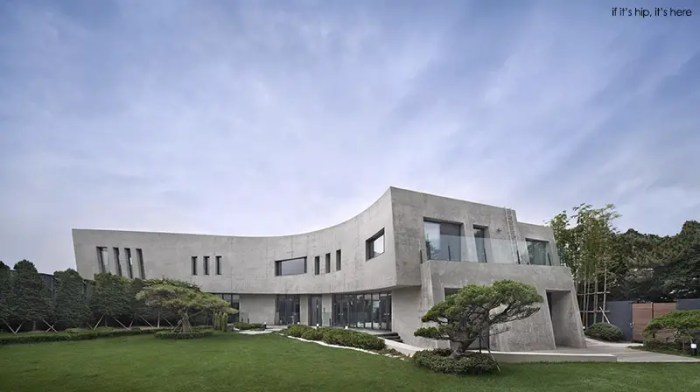 Located near the coast in Busan City, South Korea, the Songdo House by Architect-K also goes by the whimsical name of as AAWH – Alice’s Adventures in Wonderland House. With all its internal twisting alleys and staircases, one can see why. 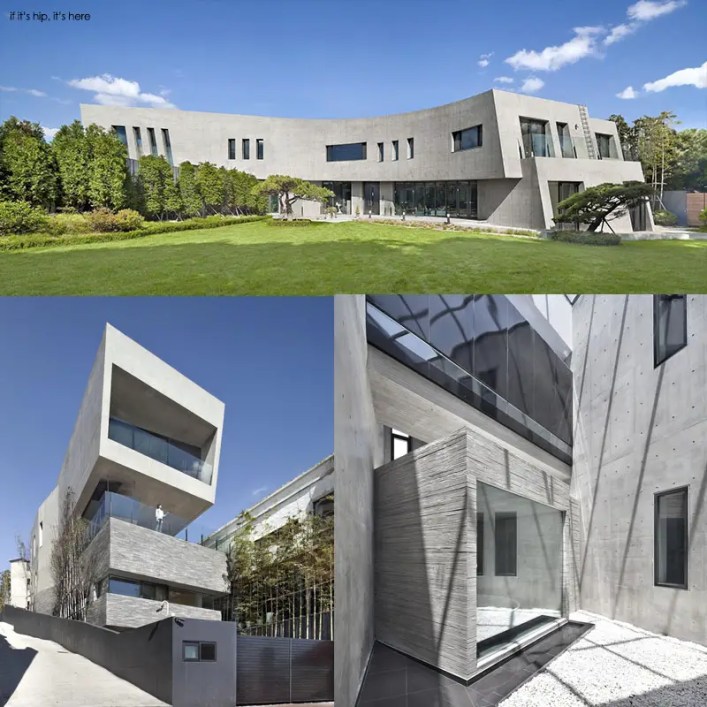 Note: I have rewritten the copy below, initially provided by the architect, because of the poor translation. 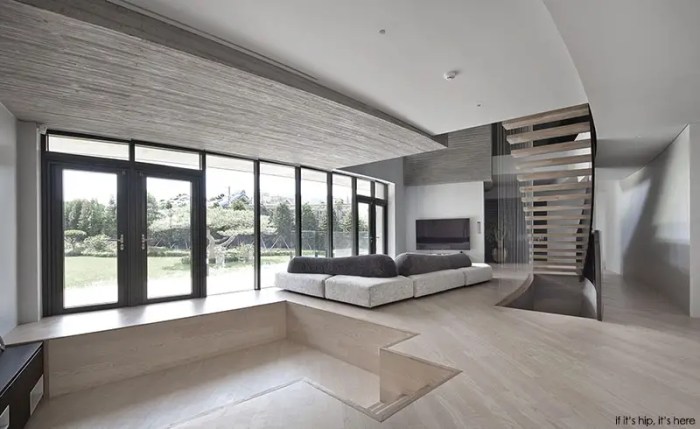 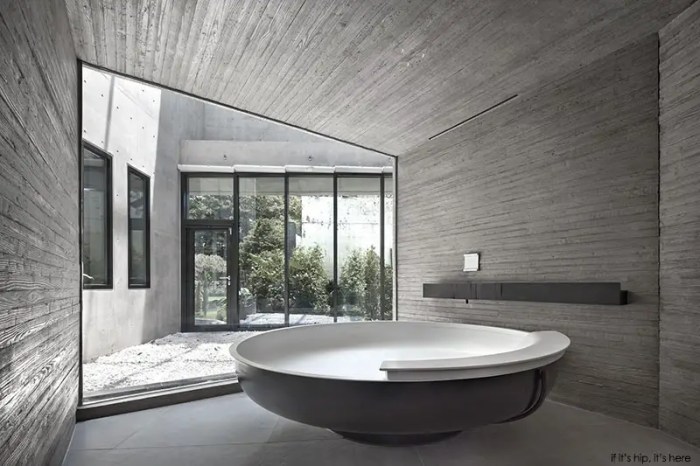 Busan City had suddenly become swollen by the influx of refugees during Korea War. The refugees built many irregular shaped homes according to the mountainous topography in Busan City in a short time. Now, 65 years after the Korean War, the irregular houses’ urban fabric has become a unique feature of Busan City. The view of multiple alleys and houses distinguishes the urban landscape from other cities. 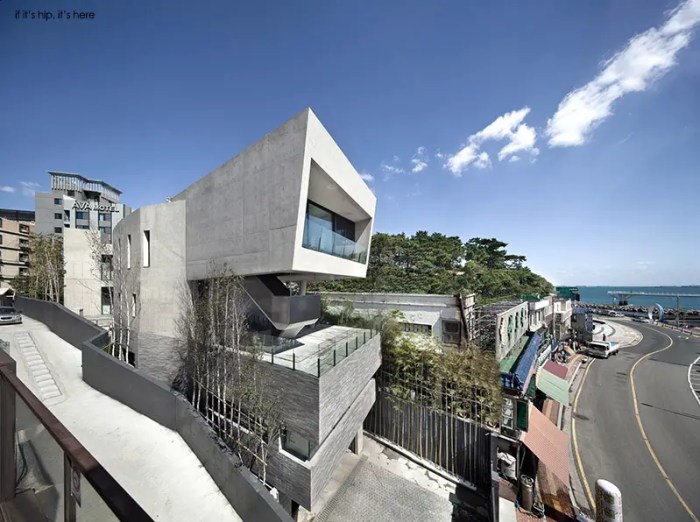 A curvy mass naturally extending from the east hill of the site to sea, AAWH meshes the city alleys with a residential space. Eight staircases cross the main structure and a tube bridge was placed in the mass of space. This process defined the emerging sections and rooms where alleys and spaces coexist. 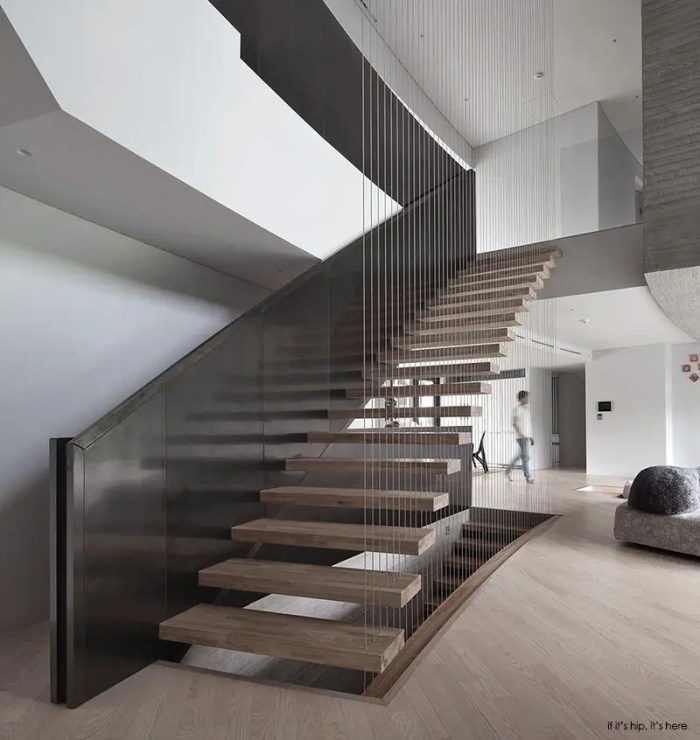 One can constantly create new routes throughout the home and gallery because of the multiple corridors in the house. The windows provides a new awareness of the surrounding landscape, hills and sea. Program Proposal
Songdo Beach was the first Public Beach of the nation. At a time it was the luxury vacation spot and honeymoon destination. In the development storm of the 1960s and 70s, bad quality commercial facilities such as raw fish houses had occupied the beach which made people hesitate to visit the area. After experiencing the damaging effects of this indiscriminate property development, a variety of restrictions and citizen community efforts cleaned the water and transformed the beach into a favorite place for family vacations once again.

Songdo Beach was once called the Napoli of Korea. Architect-K proposed a resort-type residence that includes a public gallery as an alternative to the development of Songdo Beach. Inside and out, the space of the house is filled with views of nature and recreation. The Ocean Gallery, which is open to the public, will act as a beneficial cultural element in the dense commercial area. Recovering the original value of being close to the beach from the old downtown of Busan, it also exemplifies the possibility of a new residential area and environment.

The Ocean Gallery inside the home: And it turns out that, after the completion of the house, other well-designed houses with recreation programs began springing up around the site. In AAWH, materials such as exposed concrete, bamboo formwork, pine formwork, wood bricks, basalt bricks and metal panels were used. These materials provide the flow of circulation and highlight the alleys within the structure, defining the individual rooms and purposes. Because the space can be defined by the other elements, Architect-K named the space “Dependent-Independent Space”. 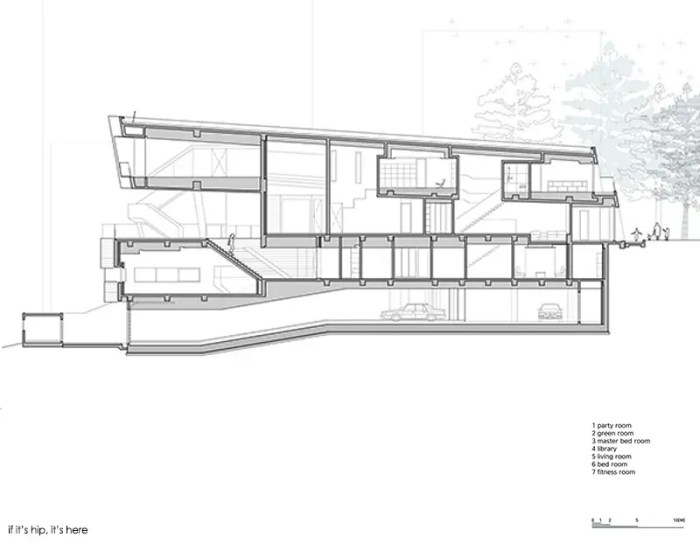 images and information courtesy of Archello and Architect-K