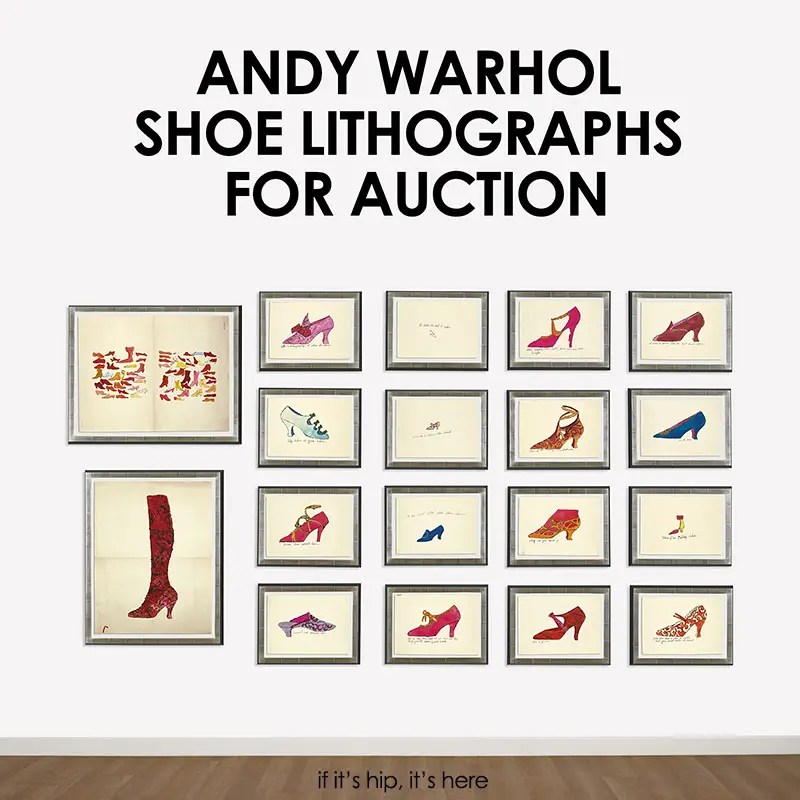 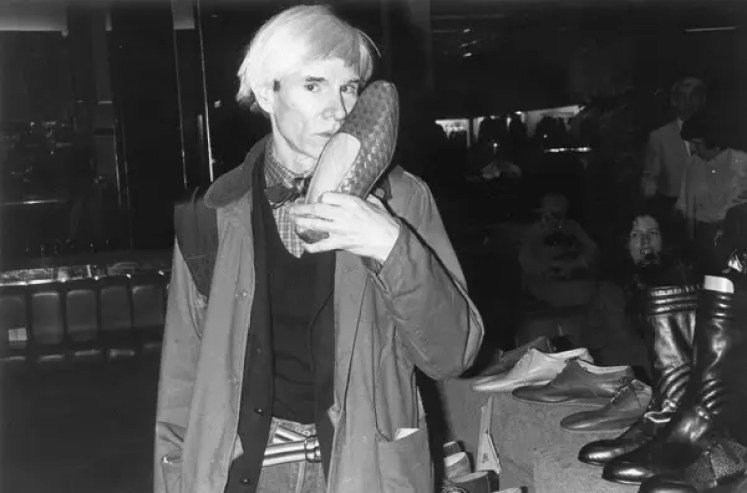 As part of their Prints and Multiples Auction on March 22 in London (and online), Sotheby’s is selling Warhol’s A LA RECHERCHE DU SHOE PERDU and SHOE AND LEG – The complete portfolio, comprising 16 offset lithographs, to the highest bidder.

The complete portfolio of 16 lithographs (15 of which are hand colored): 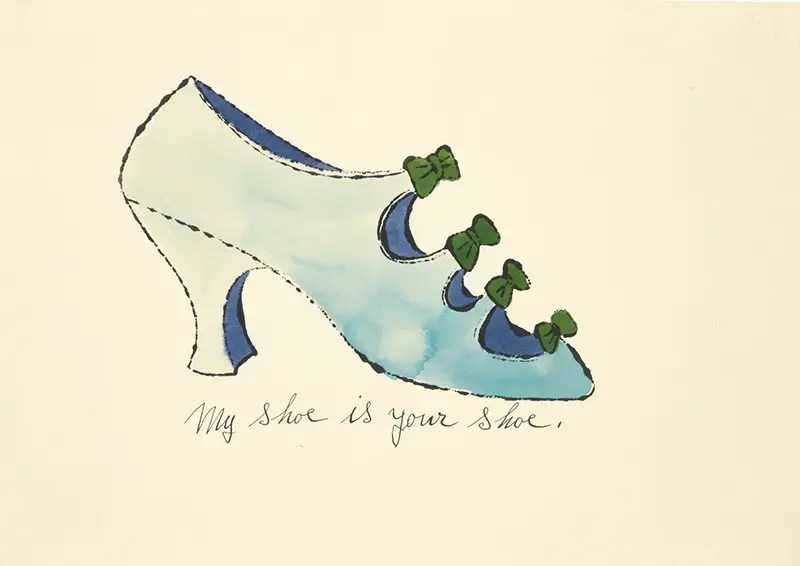 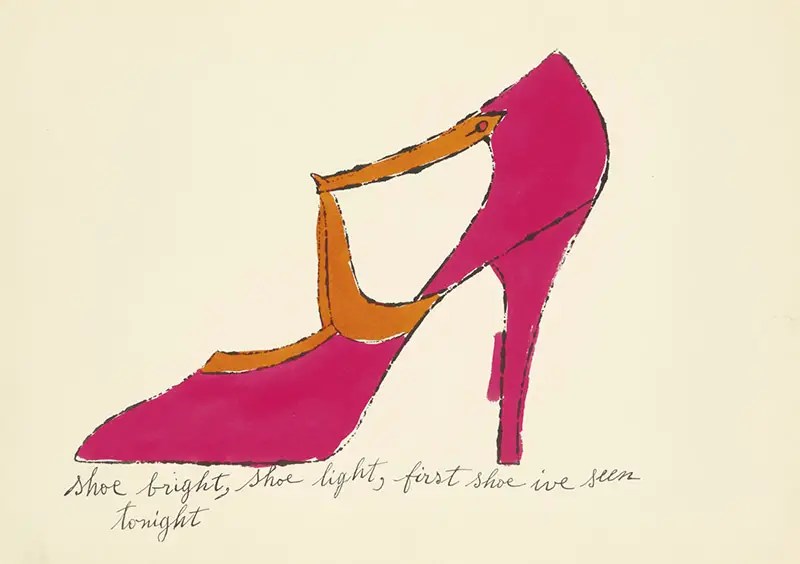 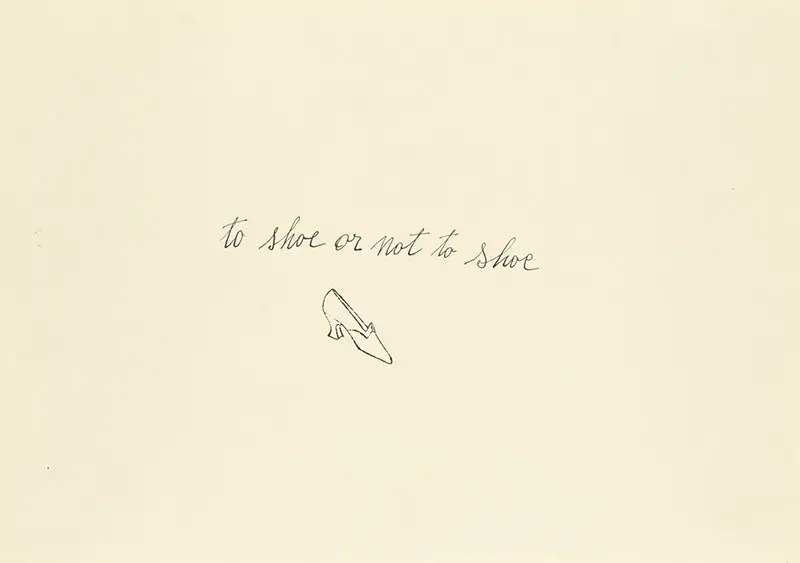 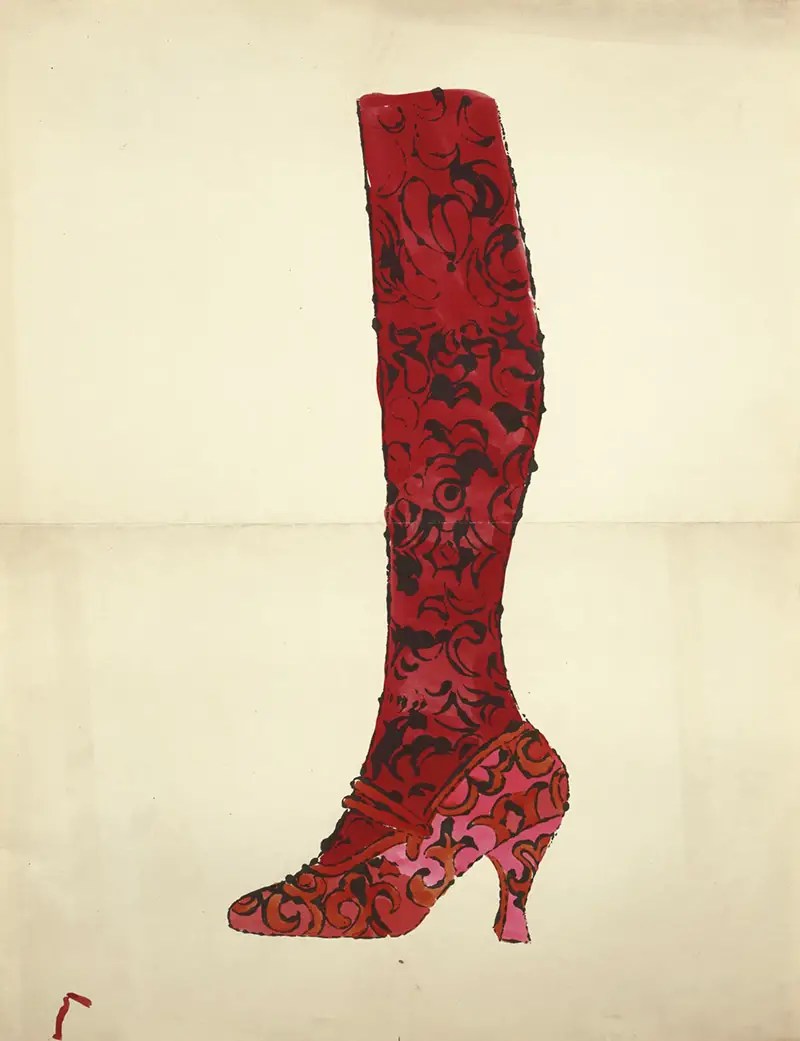 Between 1955 and 1957, Warhol was the sole illustrator for shoe manufacturer I. Miller and made new drawings of shoes each week for ads in the New York Times. À la recherche du shoe perdu celebrates the central role shoes played in his early career and imagination. The title is a riff on Marcel Proust’s famous novel À la recherche du temps perdu (In Search of Lost Time, or Remembrance of Things Past). The captions, with their distinctive cursive lettering, were transcribed by Warhol’s mother, Julia Warhola (or by assistants who imitated her handwriting). Warhol and his friends hand-colored the sheets at coloring parties.

Although best known for his silkscreen paintings, Andy Warhol was also an excellent draftsman. Drawing was a constant part of his artistic practice. Each of the sixteen images in this portfolio features a shoe centrally placed on the page accompanied by a simple line of text, a verbal-visual composition mimicking the picture and ad copy of advertisements. Each of the works in “A la Recherche du Shoe Perdu” were hand-colored. Andy Warhol’s mother helped developed the phrases that go along with each shoe. 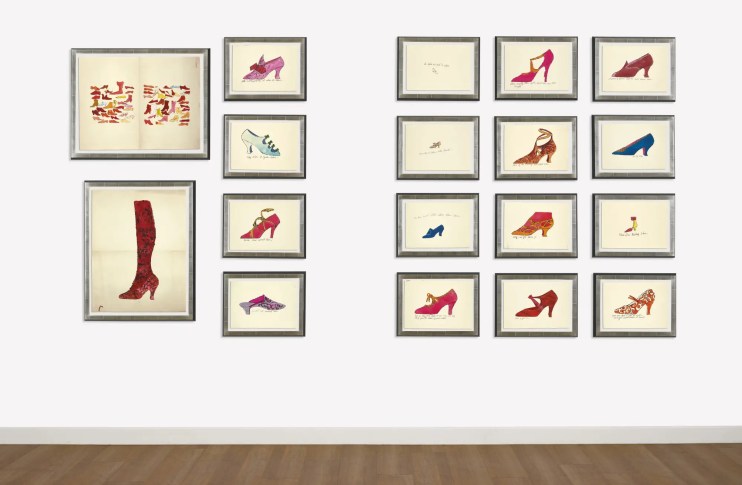