` Korean Home With Cantilevered Roof - If It's Hip, It's Here
Skip to content Ga On Jai, a modern and unusual home with a large open courtyard and a cantilevered roof in Korea by IROJE KHM Architects. 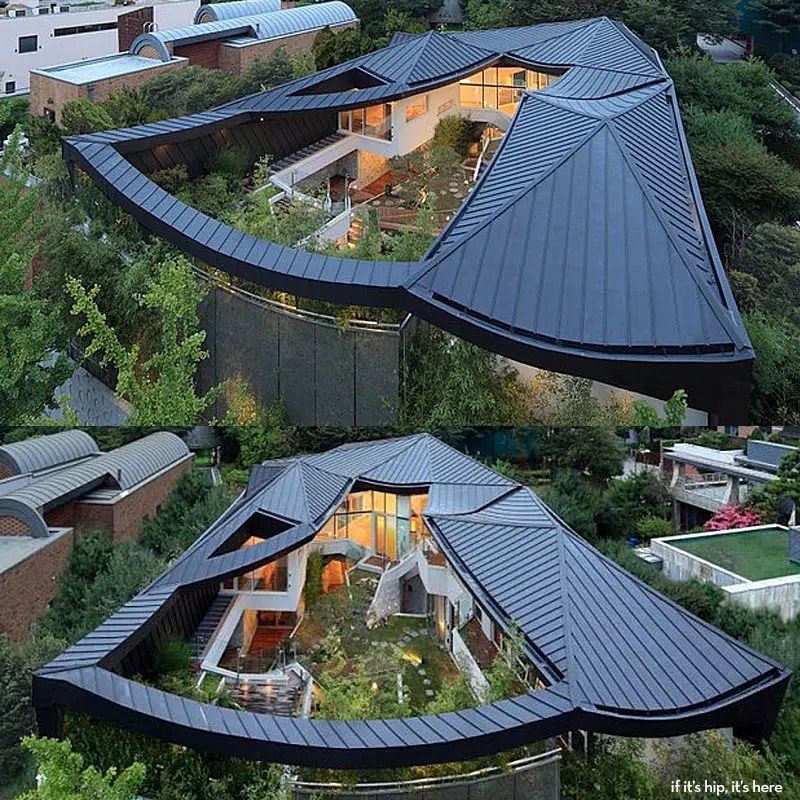 About 20 years ago, the Korean government held “a house expo” in GangNam and constructed an “expo town” of low-rise residences. Every site in the town was designed by selected Korean architects who had been famous at that time. The site of “GaOnJai” was one in this expo town, but the owner who purchased the house on this site, tore it down and replaced it with this korean home with cantilevered roof which was completed in 2013. 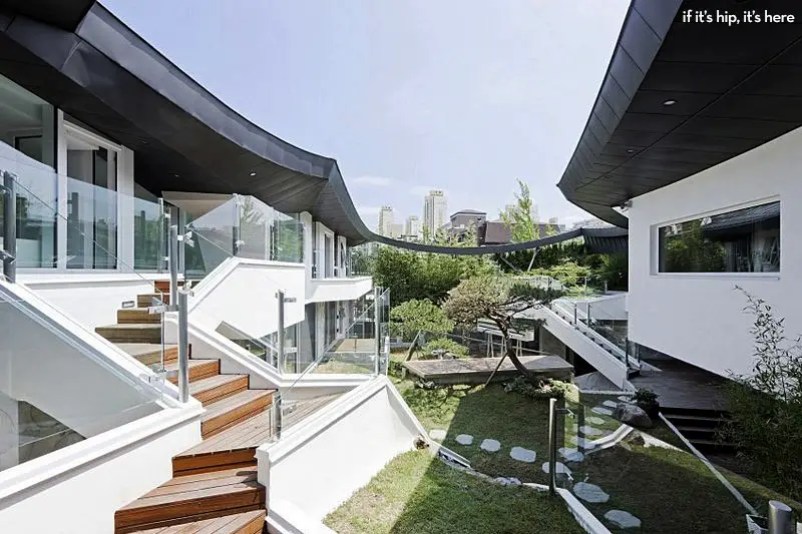 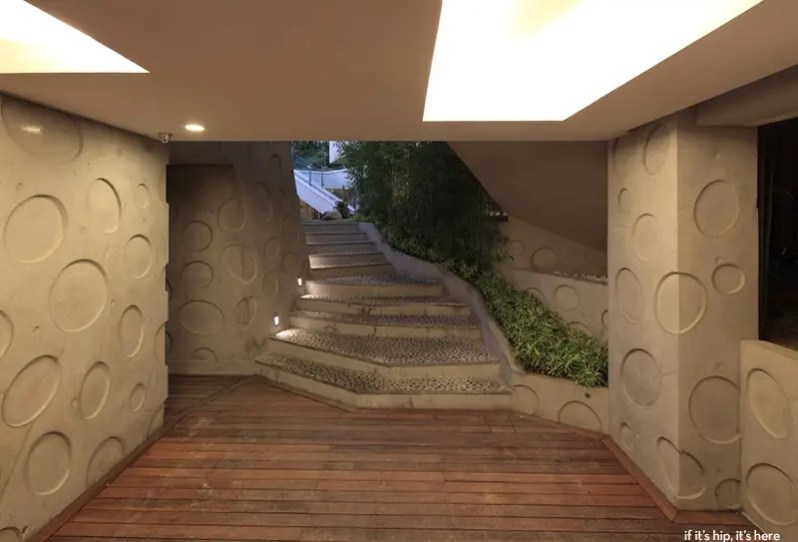 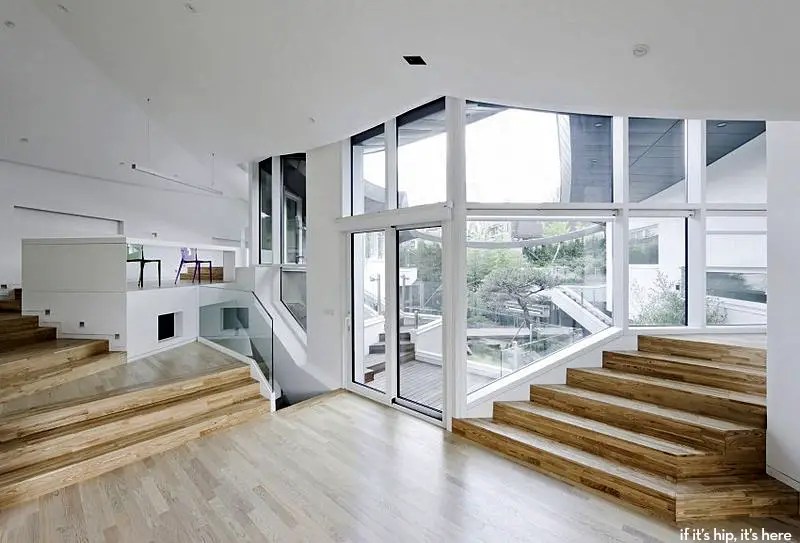 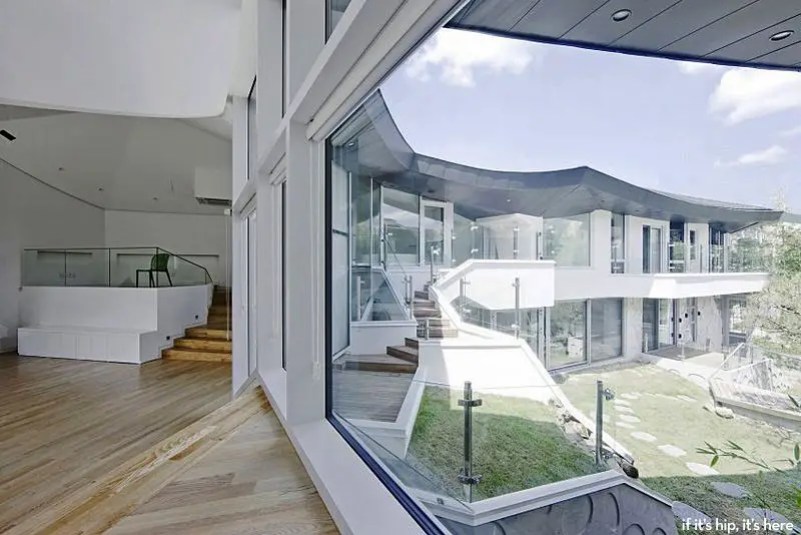 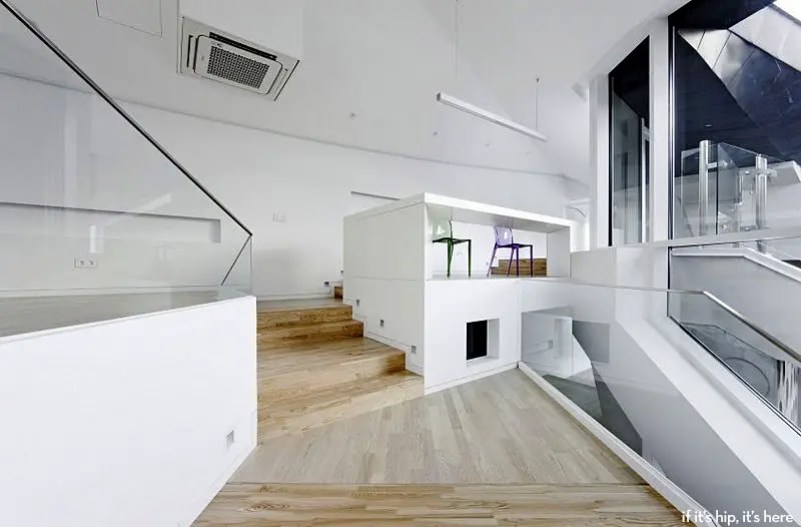 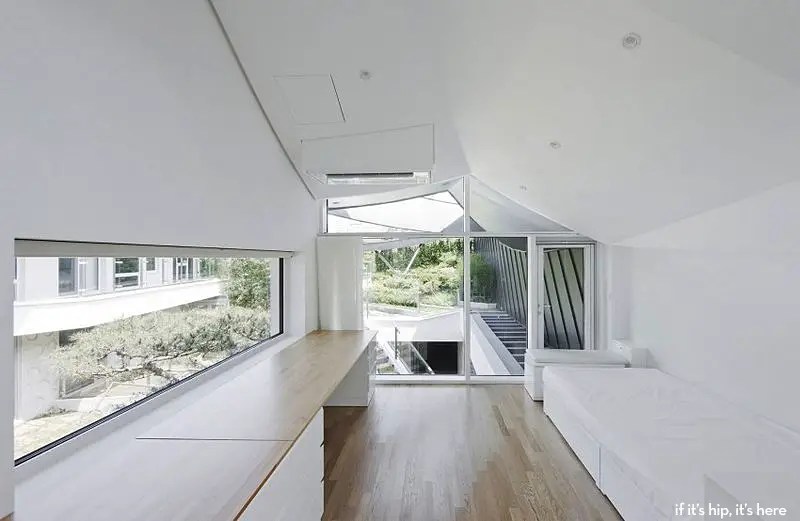 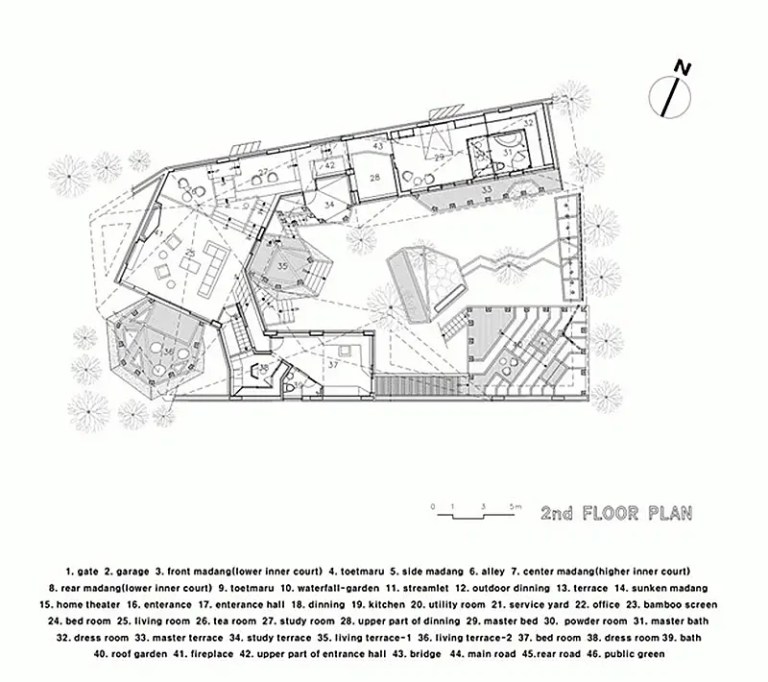 The following text comes from the architect via archdaily and is a bit hard to understand because of the translation:

REQUIREMENT OF CLIENT
Useful landuse, ecology: To maximize the efficiency of landuse, to be ecological spaces were important requirements, because the owner thought exterior spaces of demolished old house were narrow, useless and circumstance of inner spaces were dark and blue.

Introvert space: To keep privacy and security, to block noise, smoke and other’s eye, introverted layout of this house was required.

Absorbing landscape of surrounding mountain: The living room where has dynamic, picturesque view of landscape of near mountain had been required.

CULTURAL IDENTITY
The house which has its own Identity of Korean culture has been required because I think this town is representative town of desirable planned residences in Korea.

PASSING DOWN TRADITIONAL LANGUAGE “MADANG”, “RU”, “CHEOMA”, “DOLDAM.”
By introducing “Madang” which is Korean inner court, we have solved the requirement of introvert space, ecological environment, useful outdoor space and have got the nature which has healthy, live environment and landscape.

By introducing “Ru” which is Korean-pilotied architecture, we absorbed the dynamic and picturesque landscape of near mountain, according to turn the axis of mass of living room to top of the surrounding mountain. Void space under “Ru” is the beginning of approach part of dramatic sequence of strolling course in spaces of this house, like cave.

By introducing curved “Cheoma” which is cantilevered roof of Korea for the floating roof of this house, we got, not only the resistance to rough weather condition, but also, to revive the traditional language of architecture in translated language in modern. By introducing oval patterned concrete wall which was derived from traditional stone wall, we expected it would be reminder of past.

TOPOGRAPHICAL LAYOUT OF PROGRAMS
By adapting topography of existing site, lower Madang, higher Madang, various skip-floored inner spaces were designed as different level each other and they produced interesting route of stroll in every place of this house. This natural adaptation to nature has been basic character of Korean culture of architecture.
Plan

STROLLING
All the programs of spaces of this house were laid out as the touring course that has dramatic interest of “strolling” through the inside and outside of this house, visually and spatially. Thereby we expect the living in this house will not be tired for long time by giving enjoy of strolling in their own world. The Small But Spectacular Tye River Cabin by Olson Kundig

The Stark House in Singapore by Park & Associates