Since I’ve shown you the jaw-dropping Bugatti Chiron, it’s time to see the luxury watch inspired by it. On the occasion of the Geneva International Motor Show 2016, Parmigiani Fleurier unveiled a new milestone of its partnership with Bugatti. While the automotive brand presents the 2016 Bugatti Chiron to the world, they unveiled the PF Bugatti 390 Concept Watch.

A photo posted by Parmigiani Fleurier (@parmigianifleurier) on Mar 2, 2016 at 8:32am PST

The PF Bugatti 390 was conceived as a motor-bloc on the wrist, which movements take a tubular, perfectly concentric shape. This coaxial structure splits the functional sections of the movements into separate components which mutually interact much like a car’s motor. 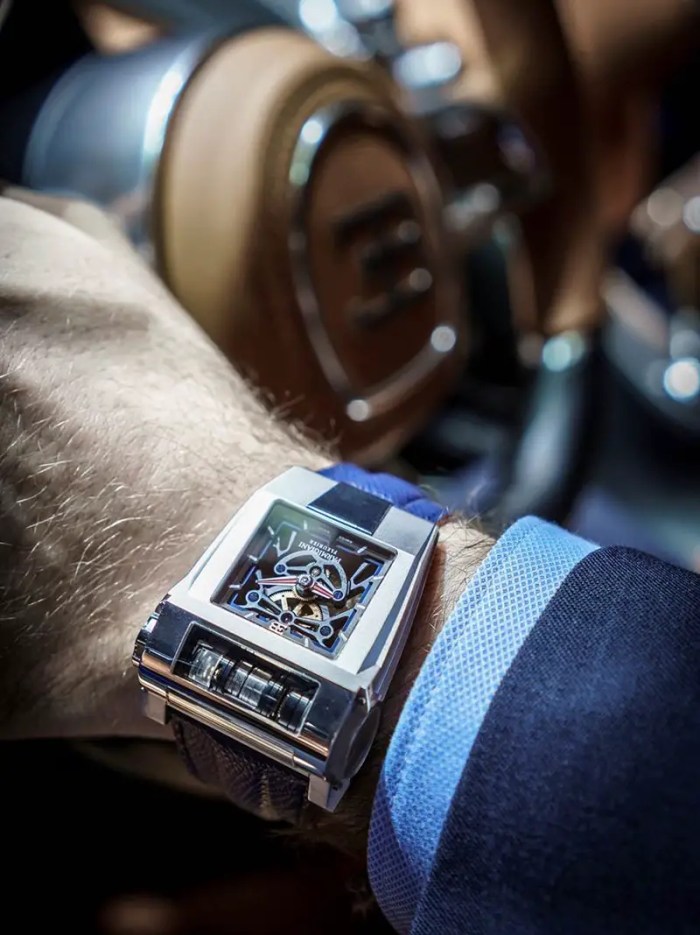 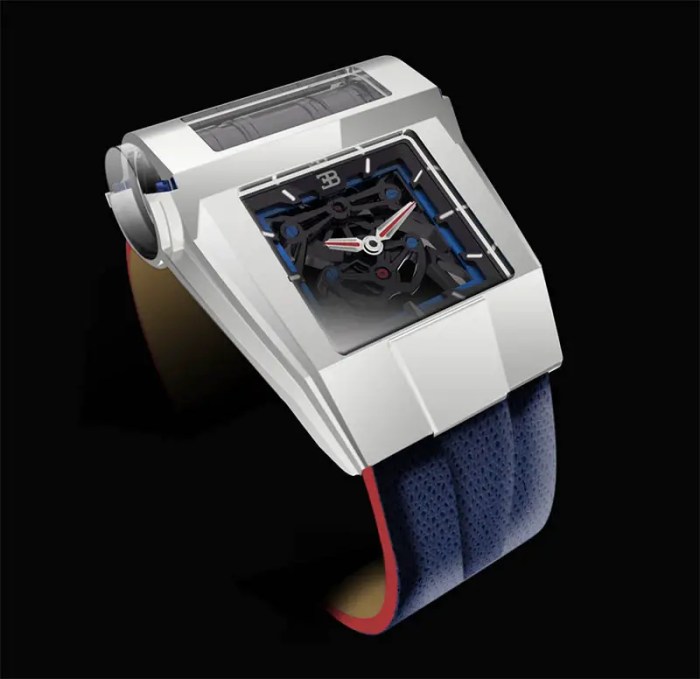 Monochrome Watches reports:
The conception of the watch is specific. As you can see, there are two parts in this shaped movement. The long and flat area is only dedicated to the display of time – meaning that it only serves the hands. All the rest of the watch is located in a cylinder. 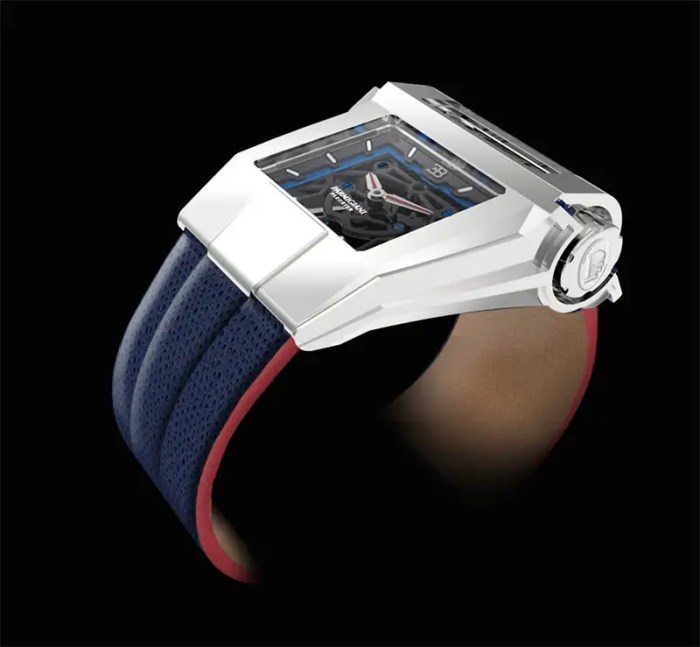 From right to left, this tube is composed of:
• A winding tube to supply energy, with a power reserve indicator and the possibility to set the hands. On the extreme right is located the crown.
• Storage of energy, with two barrels. These two barrels ensure constancy in the supply (a sort of analogy with the two fuel tanks of a Bugatti car). Barrel 1 is directly combined with barrel 2, for an even more constant supply of energy.
• On the left of the two barrels is located the gear train. It shows an axial configuration instead of a flat architecture (like in a normal watch). The classical reduction ratio (alternation of Wheel-Pinion-Wheel-Pinion) is no longer used. The transmission is ensured by a planetary gear, which consists of a central wheel, three satellites and a fixed toothed crown – again an analogy with the gear-box of a car.
• On the extreme left is the regulating organ – here a one-minute tourbillon, with fast 4Hz frequency and variable-inertia balance wheel. These two parts of the movement work on different levels and angles – one is almost horizontal and the other one is vertical. Transmission of the energy is thus crucial. The link with the second part of the movement occurs at the level of the central planetary gears (Transmission section). The torque is transmitted to the hands by means of a worm screw (an exceptional element for a wristwatch), which enables the duality of the angles. The Coolest Prize Ever Offered In An Online Competition: A Trip To Space

Jaguar F-Type Gets 2 Artistic Makeovers, One Car Wrap and One on Canvas.