Artist Peter Anton’s boxes of chocolates look good enough to eat, but you’d better not. The heart-shaped and rectangular boxes of confectionary treats are actually oversized mixed media sculptures. While you may find yourself salivating at the pieces, they are meant to digest with the eyes, not the stomach. Presently on exhibit at New York’s UNIX Gallery is Peter Anton’s I LOVE YOU, a visual affirmation of the connection between art and our emotional needs and desires.

“The gallery will be enveloped and embraced by a red, velvety cocoon of love and fanciful candies,” says Anton, whose larger-than-life, mixed-media sculptures of delectable sweets and savory foods will be displayed at various installations throughout the gallery. “It will have the [luscious] feeling of a French boudoir.” Admirers can engage in the heightened pleasures and sensual awareness of the artist’s sumptuous creations.

Although I LOVE YOU includes Anton’s monumental-sized, hyper-realistic boxes of donuts, cakes, frozen treats, and other tempting “edibles”, it’s his boxes of chocolates which I am sharing with you in light of the fact that today is Valentine’s Day.

The sculptures are crafted from carefully selected, manipulated materials, including resin, metal, wood, clay, and acrylic and oil paints. “With heightened color and exaggerated forms, my work promises the unattainable in life: ultimate satisfaction,” says Anton. “Food evokes a sense of well-being and is an important part of the special memories in our lives. I like to create art that can lure, charm, tease, disarm, and surprise. The sensual nature of the works stirs desire, passion, obsession, and indulgence. I activate the hunger people have for the things that give them pleasure.” Anton explores ways to activate the hunger the public has for pleasurable things and forces them to surrender to an innate, universal reverence for that which we consume. His work has been extensively exhibited at leading art fairs in the United States, Europe and Asia.

Anton is also known for his 2012 Art Basel Miami installation SUGAR & GOMORRAH. The interactive sculpture was the world’s first art installation where the viewer rode through an exhibition aboard an amusement ride. The immersive exhibition took visitors on an actual roller coaster ride winding and snaking through a destructed city with tumbling pillars, fire, and skeletons juxtaposed with larger-than-life sculptures of sugary treats and nearly nude live models. 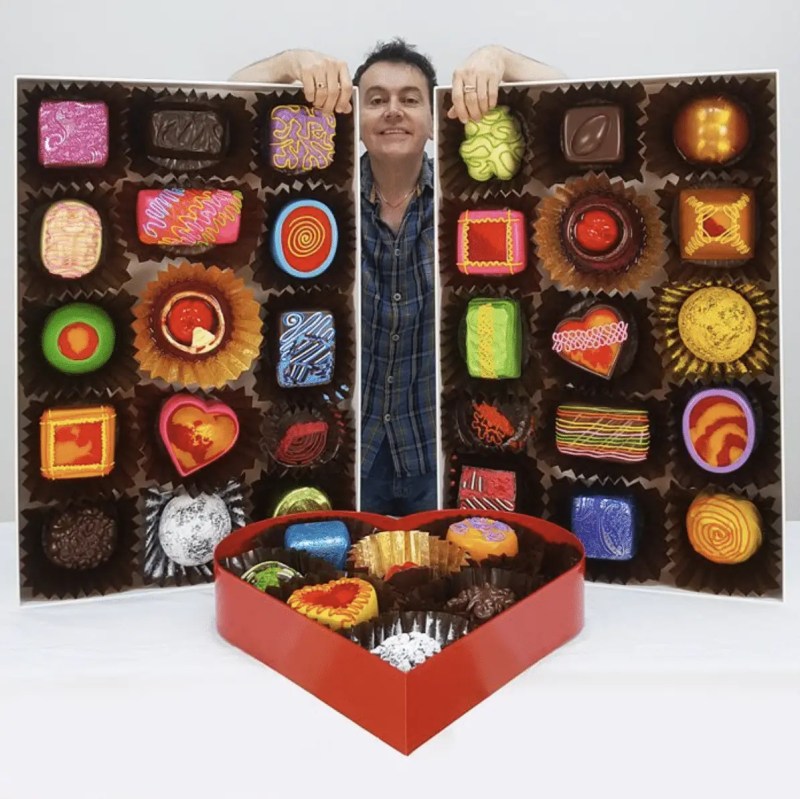 all images courtesy of the artist and UNIX Gallery

220 Pound Dress Made of 50,000 Gummy Bears Is A Tribute To Alexander McQueen.