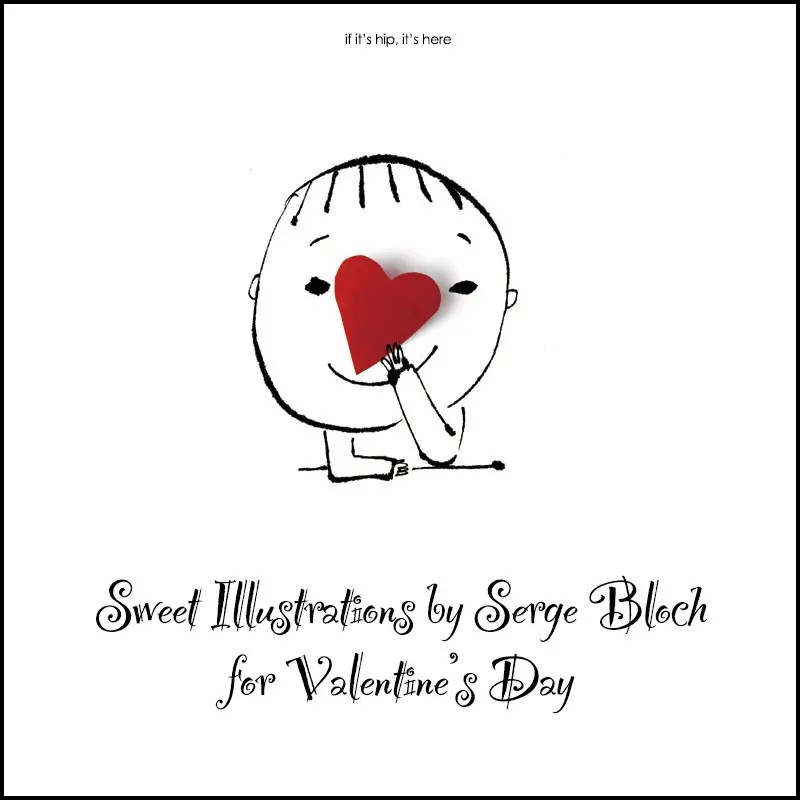 You’ve seen the illustrations of prolific French artist Serge Bloch before – even if you don’t think you have. His editorial work is featured in and on the covers of tons of international and domestic newspapers, magazines and books. He’s designed a number of illustrated books for both children and adults. His editorial art can be found in just about every type of publication you can think of from Medical Journals to Fashion catalogs. His website art and catalogs for luxury brand Hermes are very well known as is his design and branding work children’s label Petit Bateau.

Please note that the following work has been taken out of context to share with you his sweet, romantic and loving illustrations on this Saint Valentine’s Day. 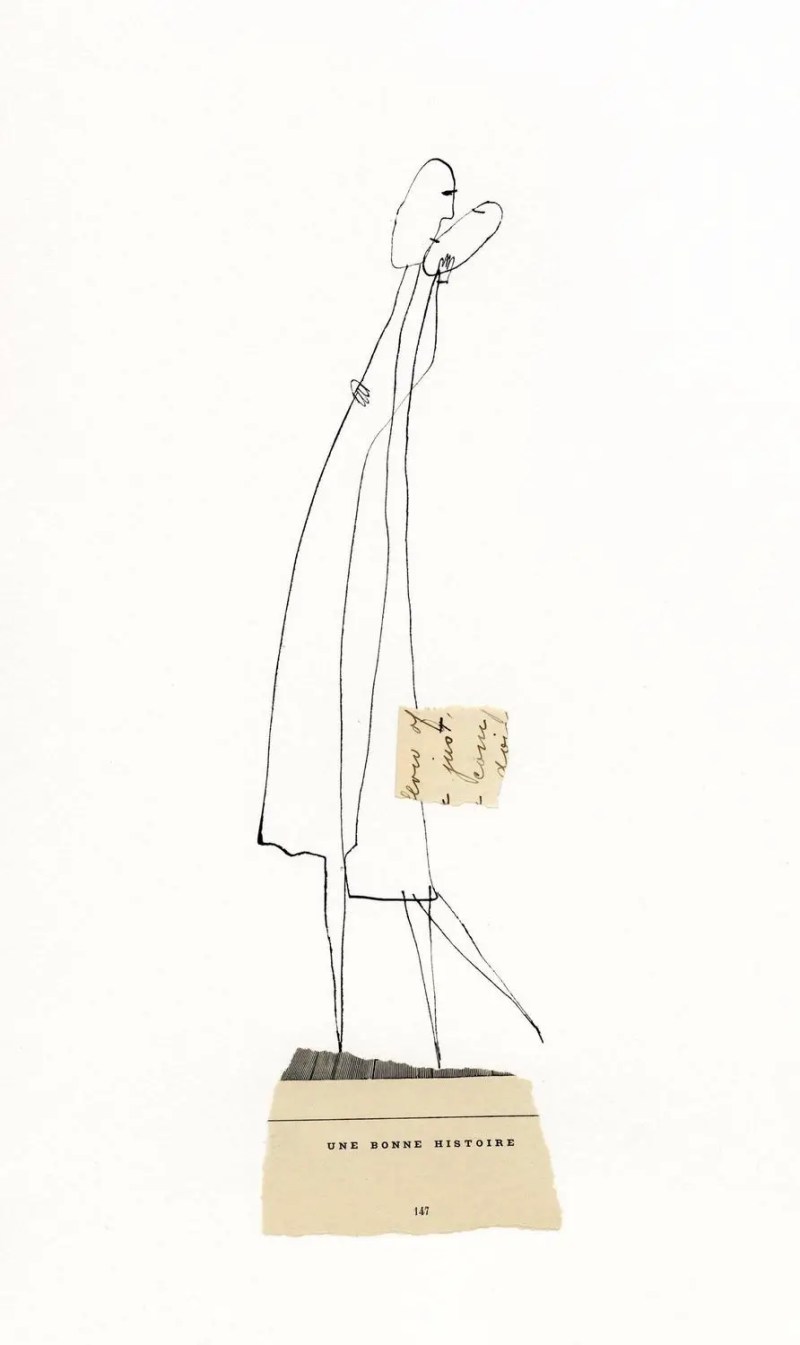 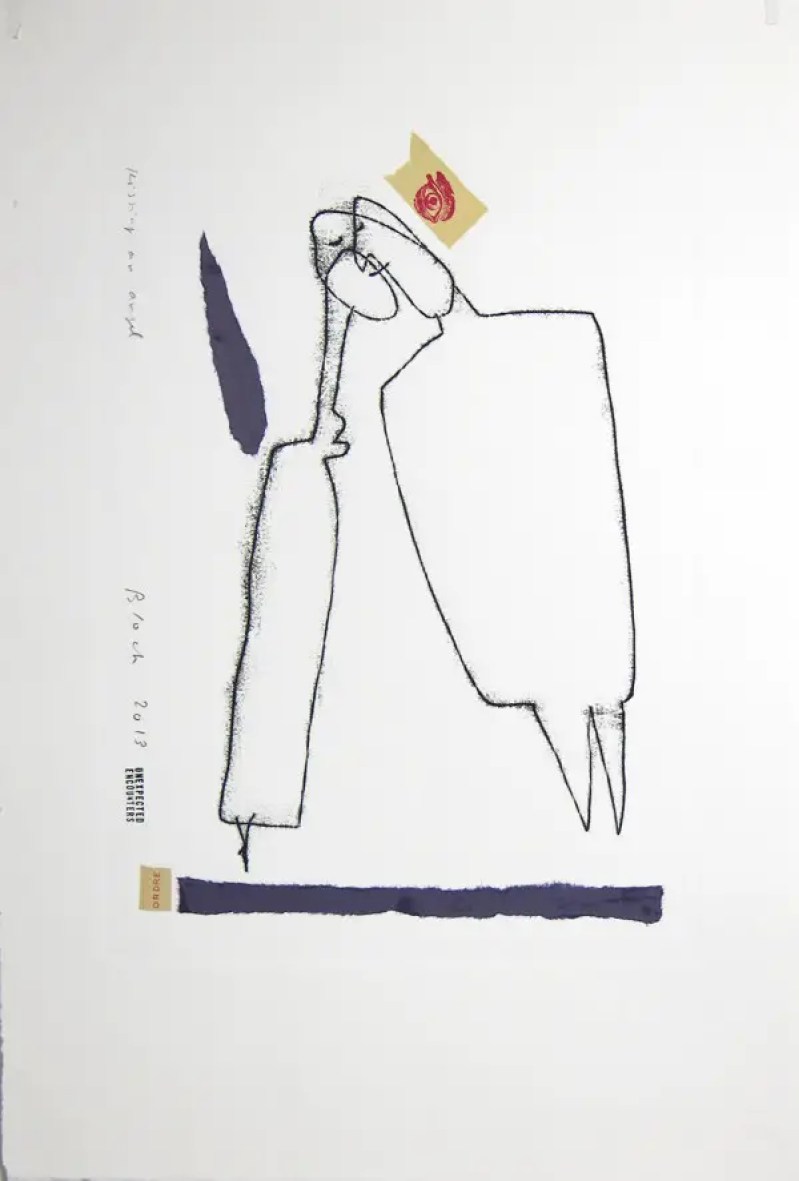 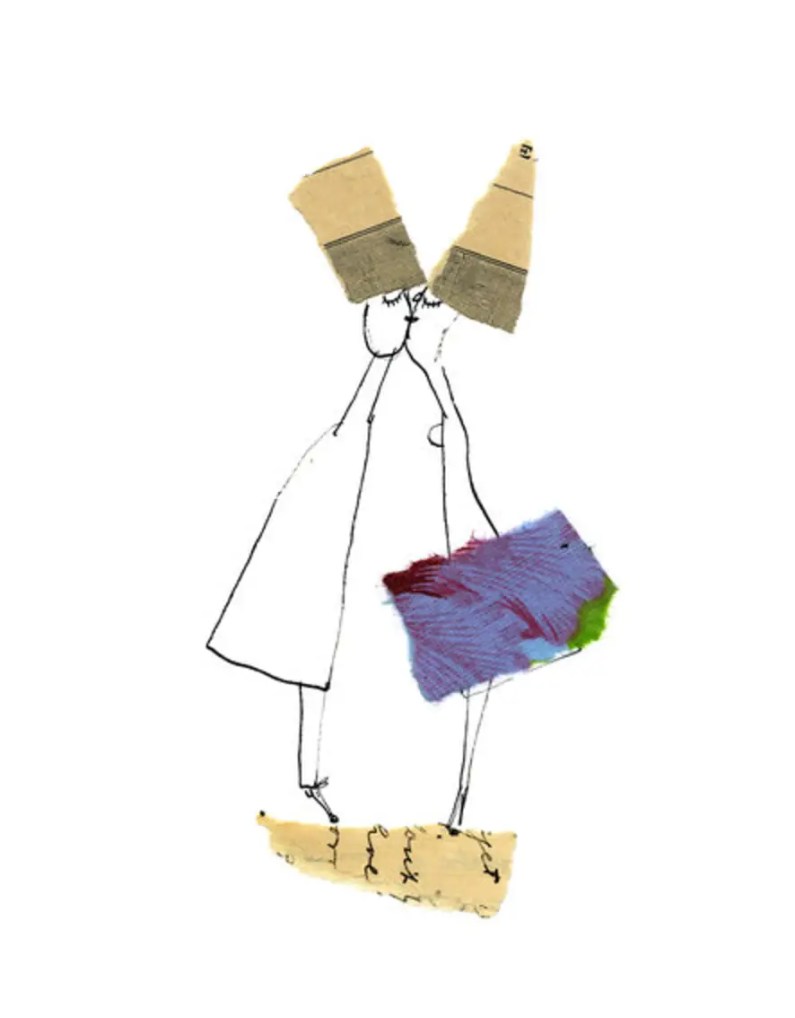 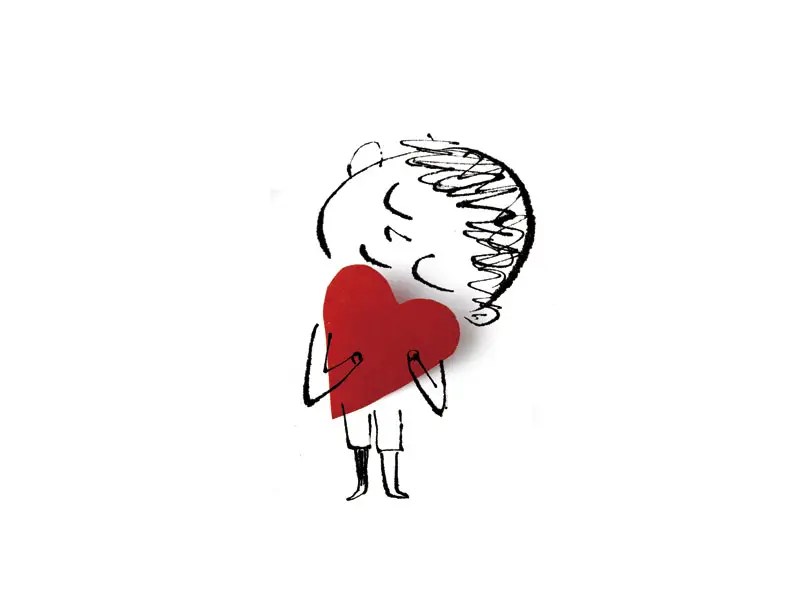 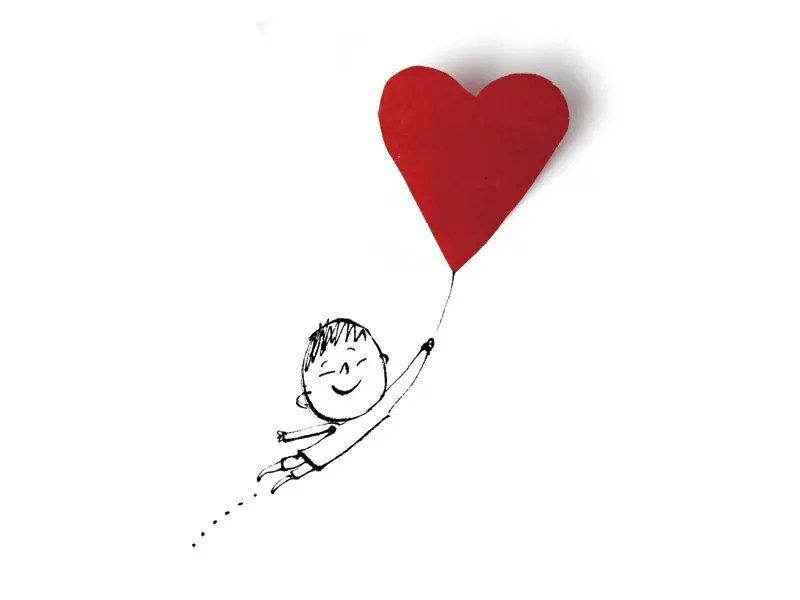 About (from his website)
Serge Bloch is a French illustrator, born June 18th, 1956 in Colmar (France).

He attended the Claude Lapointe illustration studio in Ecole Superieure des Arts Decoratifs de Strasbourg, and, after his graduation he started working for the children and teens literature. In particular he has been visual chief editor of Bayard jeunesse.

He was awarded several international prizes and gold medals in recognition of his work.

His contribution to the communication world has been constant. In this field he has worked with prestigious Firms such as Hermes, Coca-Cola, RATP( Paris Mass Transportation), Publicis (Paris),Samsung, petit Bateau. The French Telecommunication Agency, La Poste issued in Automn 2010 stamps that Serge created.

He is sharing his time between NYC and Paris. He has expanded his area of expertise by entering the fine art world doing shows in Paris, NYC, Tokyo, Seoul, Berlin

Alex Solis’ Icons Unmasked – Soon To Be A Hardcover Book

Milk Does A Body Good In Photos By Andrei Razumovsky. (NSFW)