` The Heart-Shaped Box of Chocolates - If It's Hip, It's Here
Skip to content 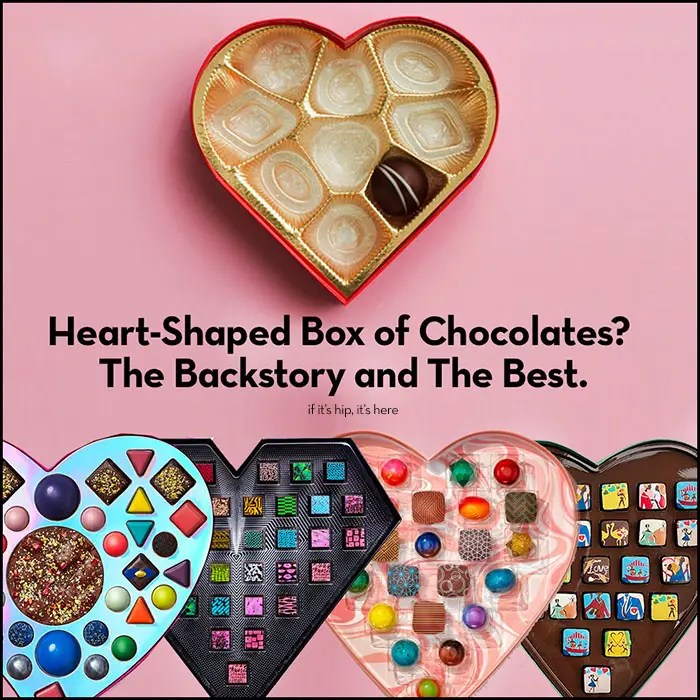 A cliché often starts out as an idea that was initially a good one. So good that everyone began doing it until so commonplace it became expected, unimaginative and trite. Such is the case with the classic heart-shaped box of chocolates for Valentines’ Day.

It was Richard Cadbury who is first credited with serving up the heart-shaped box of chocolates in 1861, according to the North American Packaging Association. Cadbury never patented the design. Instead there were several others over the years who patented various heart-shaped containers for chocolates, such as Martha H. Connor’s “Box Cover or Similar Article of Manufacture,” patented July 22, 1924 (U.S. Design Pat. No. 65,224). 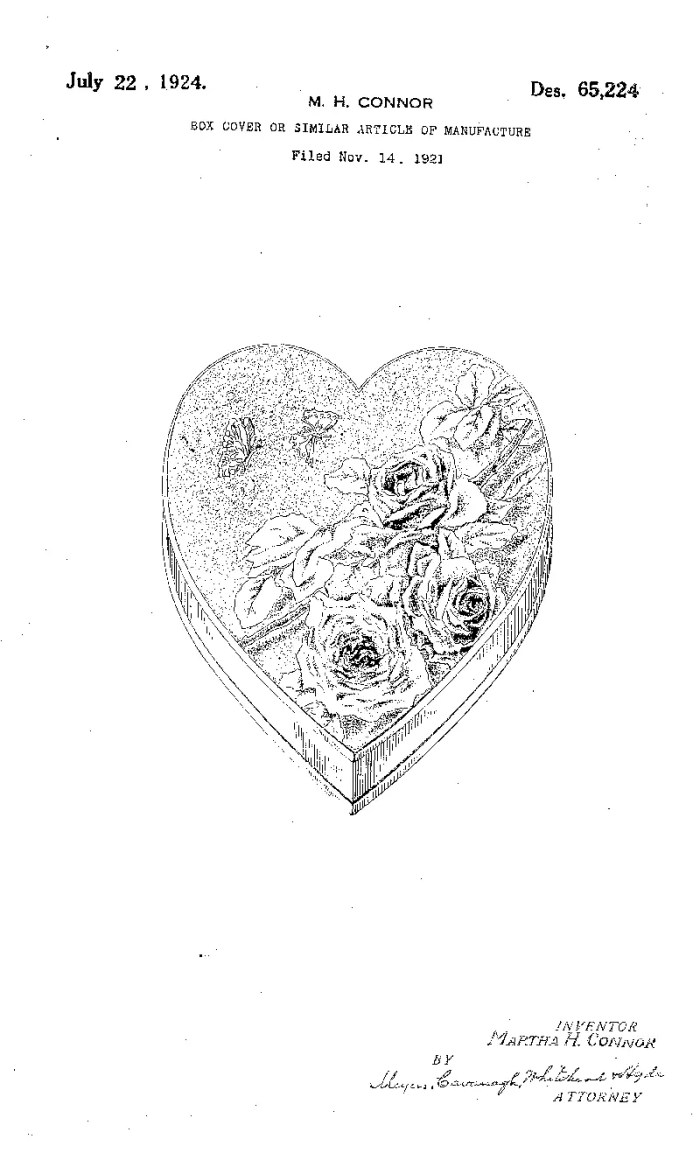 Even the configuration of the inside of the box can be patented, as in Lowell Elver’s 1964 patent for a “Corrugated Heart-Shaped Confection Box.” (U.S. Design Pat. No. 199,646): 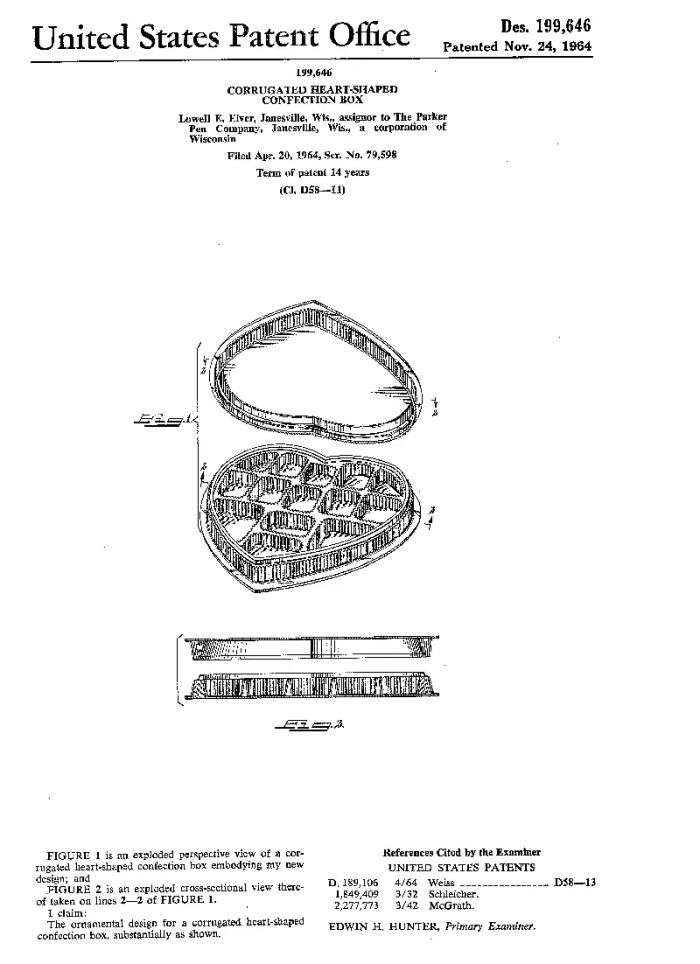 The sweet chocolate was so good a fit with love and hearts, it became the perfect partner for the romantic holiday and America followed suit with Hershey’s introducing their chocolate Kisses in 1907, the Whitman’s Sampler hit the market in 1912 and in the 1920s, Russell Stover* unveiled their own heart-shaped boxes, which still include the “Red Foil Heart” and the “Secret Lace Heart” you can find in just about any drugstore across America.

But before you show up with that Russell Stover box and Gas Station rose, know that there are fine chocolatiers who make Valentine’s Day confections in heart-shaped boxes of which you can be proud to give or receive. No, no, no…  not Godiva, Lindt, Ferrero Rocher or Dove! Those are also drugstore brand chocolates.

Far superior to the aforementioned brands, both the box designs and the fine chocolates within these will impress anyone. We’re talking superior chocolates in beautiful packaging like the following. 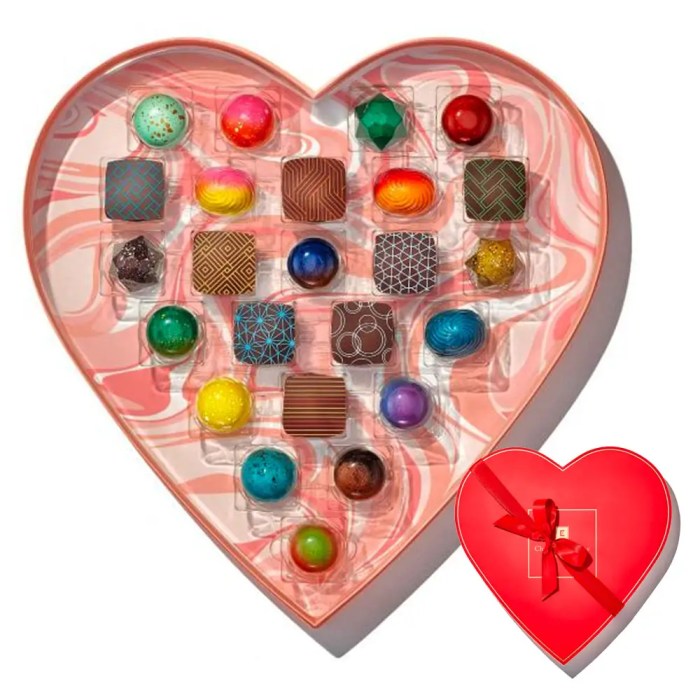 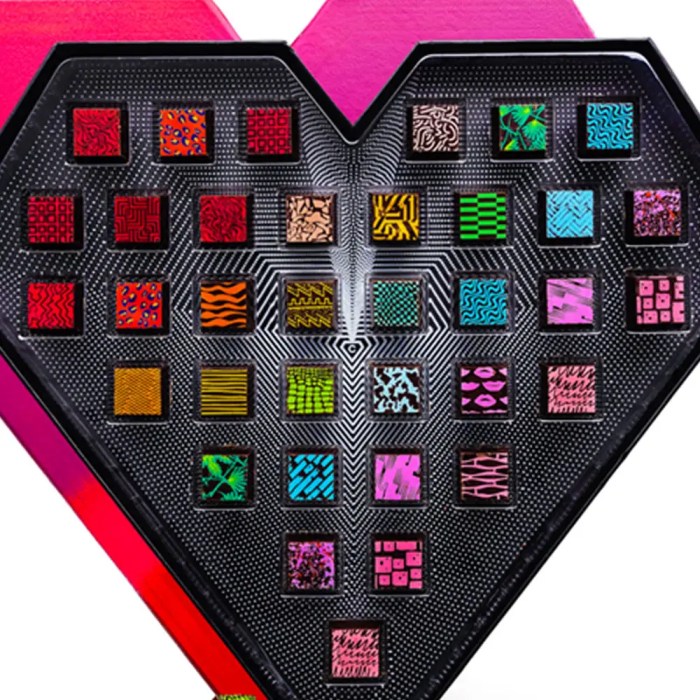 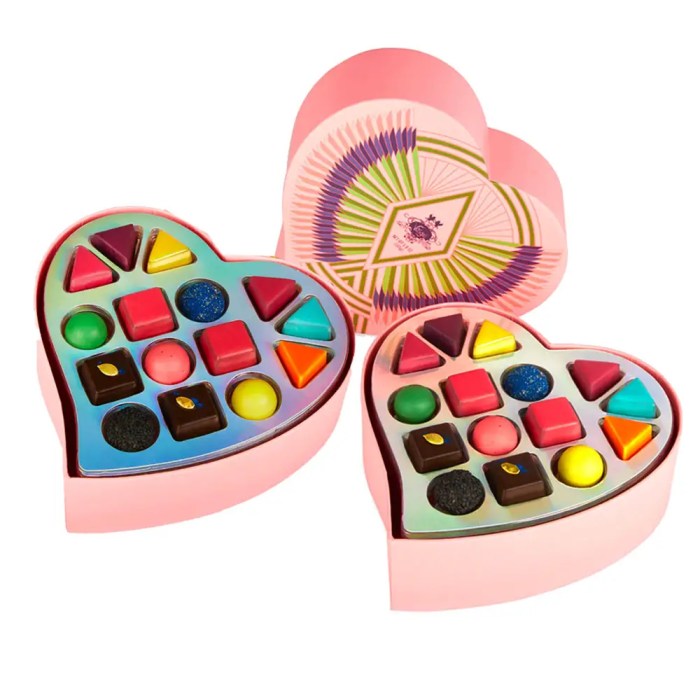 As we said at the start of this post, a cliché is often the result of a good idea gone bad. But these prove that with talent and imagination, the heart-shaped box of chocolates for Valentine’s Day can still be the perfect gift.

*Russell Stover has since become the No. 1 boxed chocolate brand in the United States. Today, more than 36 million heart-shaped boxes holding 58 million pounds of chocolate are sold each year and they have become a quintessential symbol of Valentine’s Day celebrations.