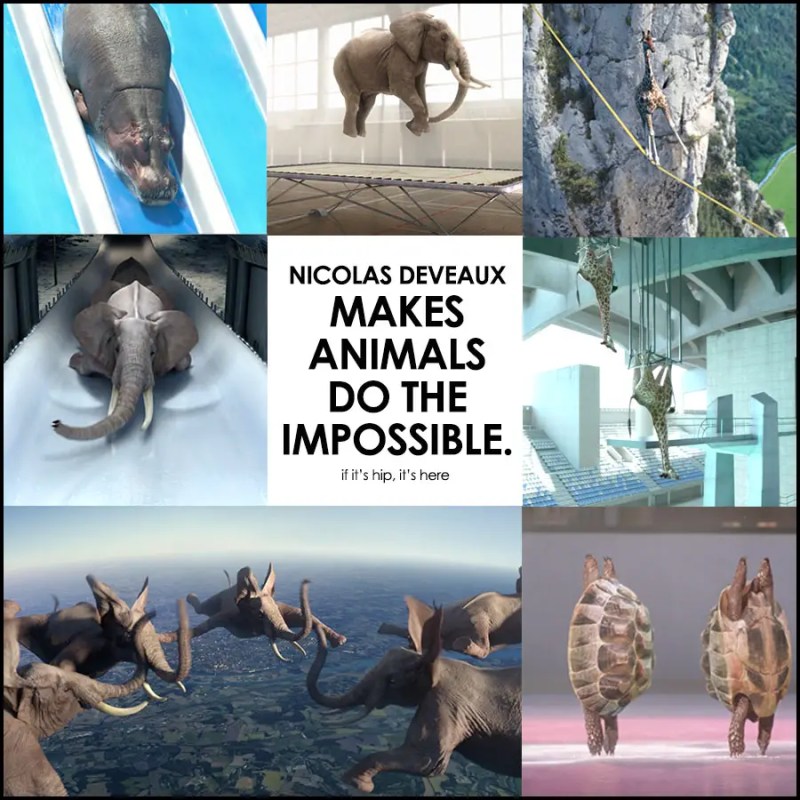 Nicolas Deveaux, a graduate in animation from l’Ecole supérieure d’infographie, Supinfocom, first received attention with his charming short film “7 tonnes 2” which featured an impressively real-looking elephant jumping on a trampoline. He has since followed it up with high-diving giraffes and a slew of short ads seamlessly combining animals with sports.

Nicolas, a director with Cube Creative, has long had a passion for combining imagery with animals using computer graphics and special effects. His short “7 tonnes 2” kicked off his career, received many awards, was featured all over the web and in several film festivals.

His follow up, “5 mètres 80,” a short featuring trapeze and high-diving Giraffes, is another fan favorite. It has garnered awards in many French and foreign festivals and received the Best in Show Award at Siggraph Asia. It’s so seamlessly done that many sharing it via social media continually ask if it’s ‘real’.

Working mainly at Cube, his films range from documentaries to advertising and content for theme parks to 10 second television IDs.

Animals Doing Sports for France 3
Nicolas used his talent for combining animals with the impossible in a series of identification shorts for TV channel France 3. These include the following shortened versions of his Elephant on a Trampoline and High-diving giraffes:

Elephant on Trampoline for France 3:

Here are tons more of his wonderful :10-:20 second animal videos as ads for the tv station France 3.

Got a pair of 3D Glasses? Here’s the Elephant on a trampoline in 3D:

A Nice Short from Gucci: The Director’s Cut of Men’s Tailoring