The Lesedi La Rona, a 1,111* carat, tennis ball-sized, uncut gem-quality rough diamond is the largest to be recovered in over 100 years. Given the rarity and size of the stone, Sotheby’s will be offering it in a standalone auction on June 29th. 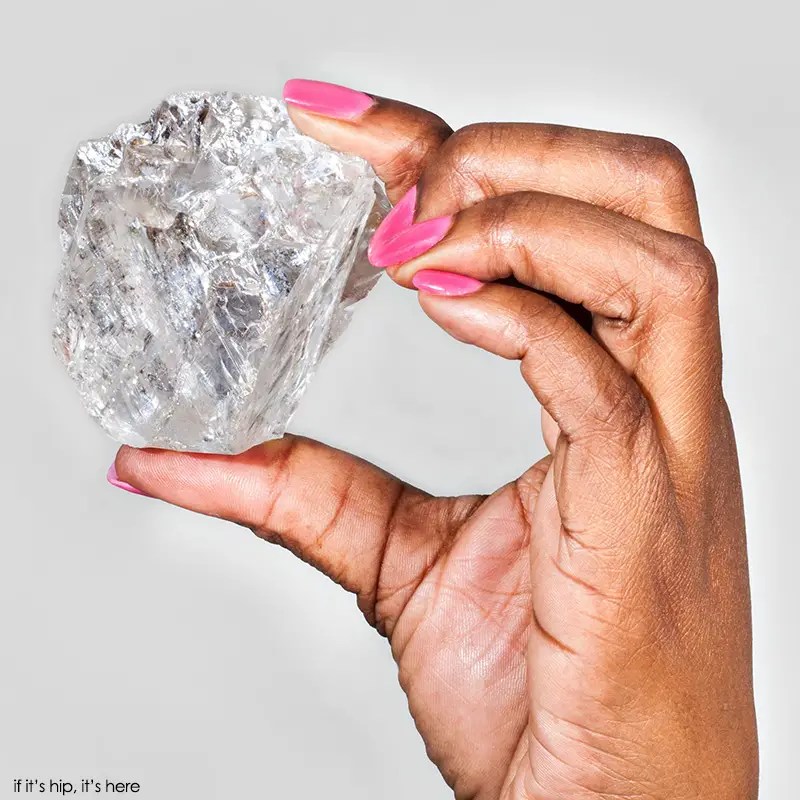 First formed between 2.5 to 3 billion years ago, the diamond is roughly the size of a tennis ball and is of exceptional transparency and quality according to the Gemological Institute of America. The Type IIa diamond stone measures 65mm x 56mm x 40mm in size and is the largest ever to be recovered in Botswana. The stone was recovered by Lucara Diamond Corp’s newly installed Large Diamond Recovery (“LDR”) XRT machines. 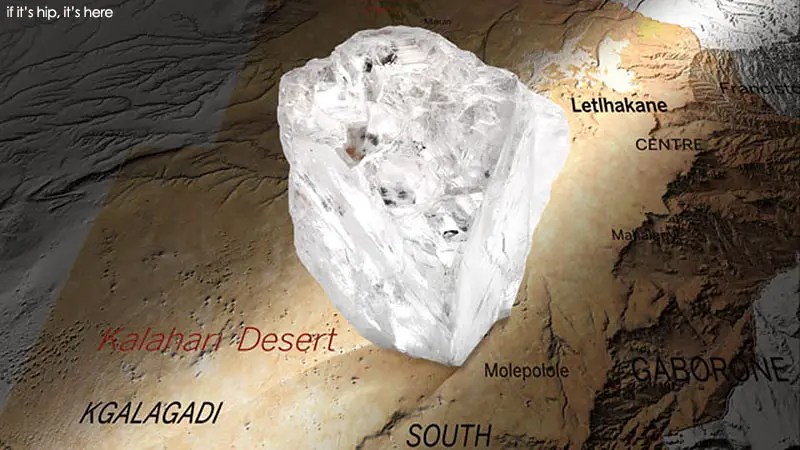 William Lamb, President and CEO, commented, “This historic diamond recovery puts Lucara and the Karowe mine amongst a select number of truly exceptional diamond producers. The significance of the recovery of a gem quality stone larger than 1,000 carats, the largest for more than a century and the continued recovery of high quality stones from the south lobe, cannot be overstated. Our focus on mining the south lobe, which is delivering value beyond expectation, has been perfectly timed with the commissioning of our recent plant modifications, enabling the recovery of these large, high quality exceptional diamonds.”

Sotheby’s has been given the honour of offering Lesedi La Rona at auction in a standalone sale in London on 29 June.

Six Facts About The Rough Rock (courtesy of Sotheby’s):

The 1,109 carat ‘Lesedi La Rona’, which was discovered in Botswana last year, will be sold in a stand-alone sale in London on 29 June. The diamond, which is 2.5 to over 3 billion years old is around the size of a tennis ball and has exceptional transparency and quality.

Why is Lesedi la Rona so important? 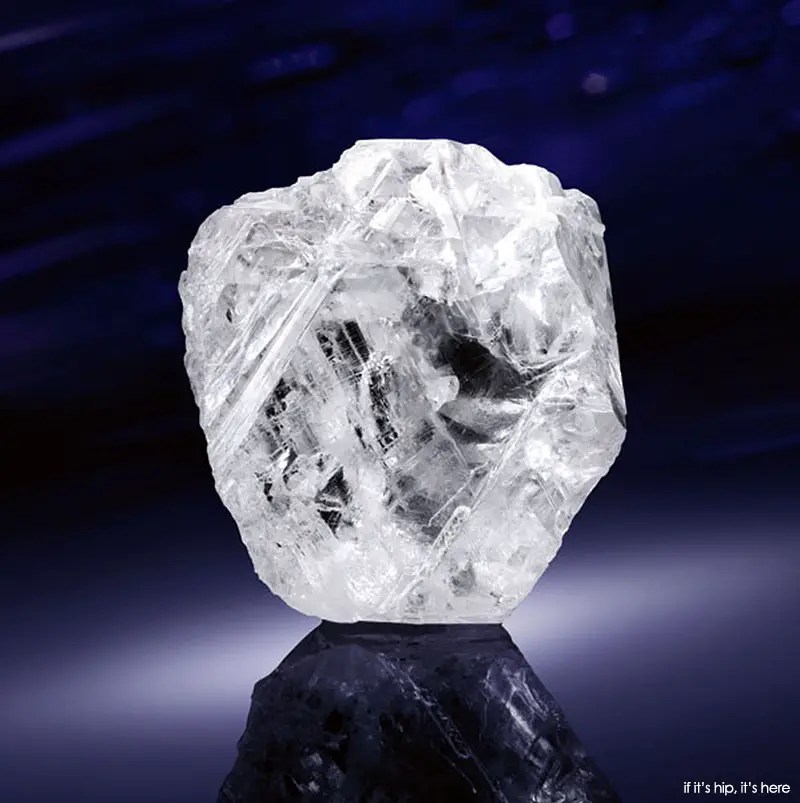 The rough diamond called ‘Lesedi la Rona’ is the largest gem quality rough diamond to be discovered in over a century, and with an impressive weight of 1,109 carats, it is the largest gem quality diamond in existence today. In terms of its size, the diamond is exceeded only by the legendary ‘Cullinan Diamond’, recovered in South Africa, in the Premier Mine, in 1905. This 3,016 carat diamond produced nine major diamonds, including ‘The Great Star of Africa’, currently the largest top-quality colourless polished diamond in existence, weighing 530.20 carats, set in the Imperial Sceptre of the British Crown Jewels.

How old is Lesedi la Rona? 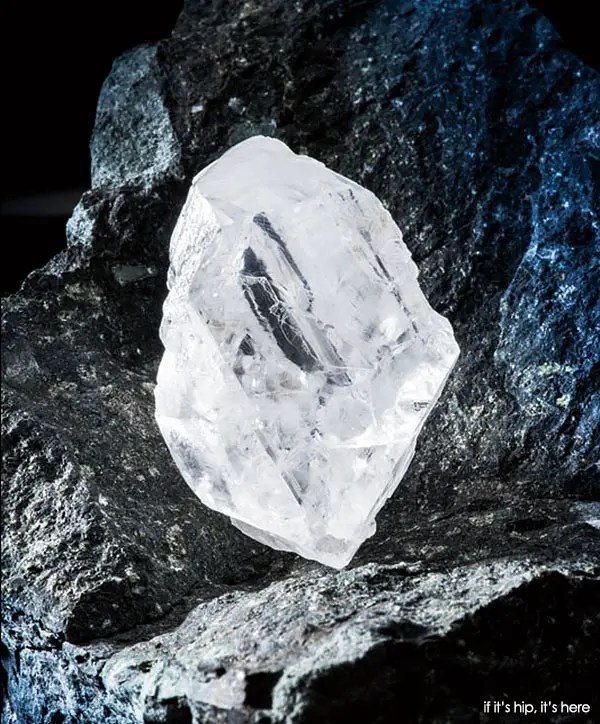 The GIA letter stating the characteristics of the stone says: “Between one and three billion years ago, at depths of more than 140 kilometres below the surface, intense and dynamic surroundings lent the circumstances necessary for a diamond to form… After the mineral formed, it undertook a tumultuous journey through the earth’s crust, forced upwards against unimaginable odds through volcanic conduits and pipes. Those mechanisms deposited the diamond near the earth’s surface, where it could have been uncovered… Many diamonds fracture or crumble under the tremendous stress of this journey or the mining process; the fact that a crystal of this size withstood such conditions is a combination of ideal conditions in nature and good fortune”.

Where is it from? The outstanding ‘Lesedi la Rona’ diamond was uncovered in Botswana, at the Karowe Mine, on 16 November 2015. Diamonds were first discovered in Botswana in 1969; they have been the main force behind the country’s economic expansion. The Karowe Mine, meaning “Precious Stone” in one of the local dialects, is owned and operated by Lucara Diamond Corp. The country is a participating member of the Kimberley Process. Botswana, Lucara and the Karowe Mine are all involved jointly in the highest levels of responsible field practices and management systems in Environment, Health and Safety.

Where does its name come from? 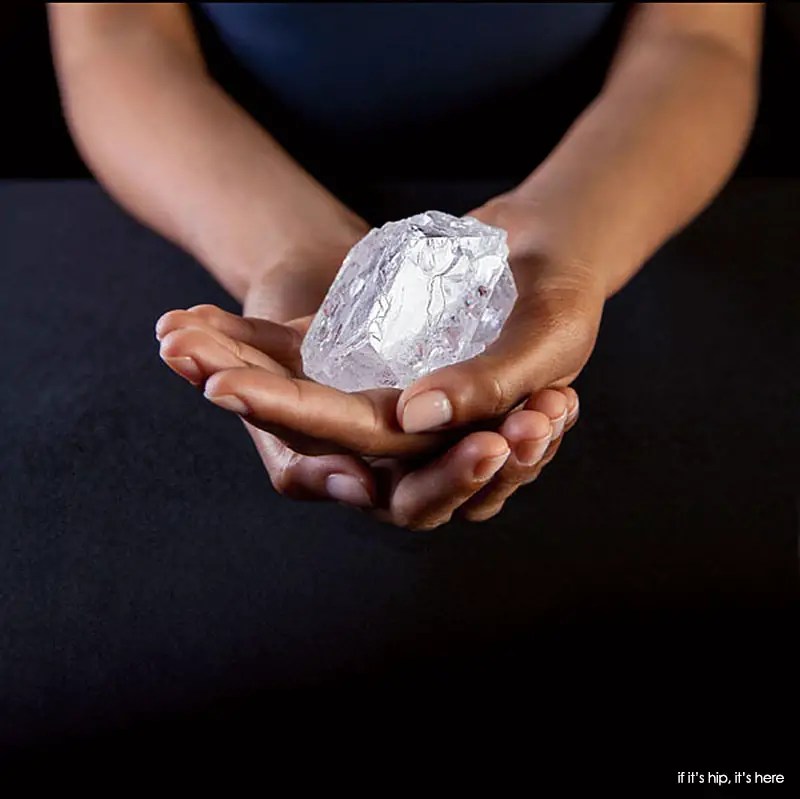 On 18 January 2016, Lucara launched a competition to name this spectacular diamond. The competition was open to all Botswana citizens. More than 11,000 entries were received. On 9 February 2016, Lucara announced that the stone had been named ‘Lesedi la Rona’, which means “Our Light” in the Tswana language spoken in Botswana. The winner of the competition stated that his reason for the name was that “the diamond is a pride, a light and a hope for Botswana”.

Is this diamond able to set an auction record price for a diamond? 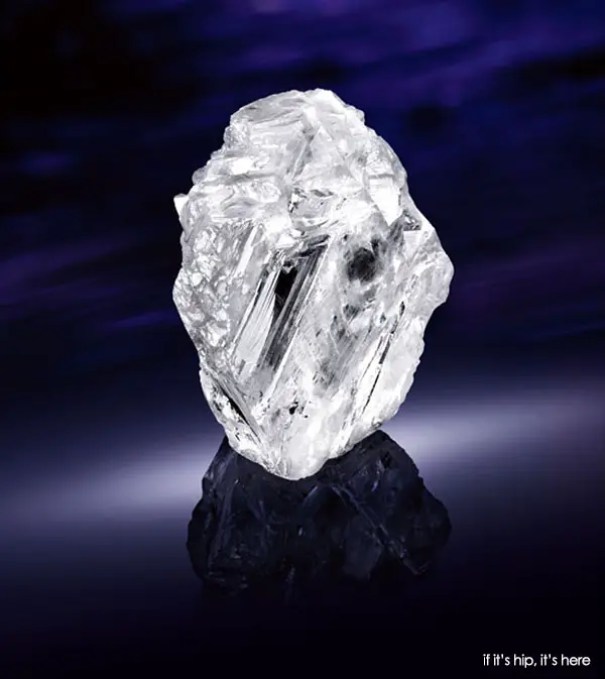 This stone is absolutely mesmerising. This is the largest gem quality in existence, it is one of the largest diamonds ever recovered. And according to the independent reports commissioned by Sotheby’s from different laboratories, together with the GIA letter, the Lesedi la Rona may have the potential to yield one of the largest top-quality diamonds that has ever been cut and polished. Indeed “the possibilities of how this rough could be fashioned into faceted diamonds are infinite. Master diamond cutters will undoubtedly spend hundreds of hours studying this rough before it ever touches a diamond cutting wheel” (Excerpt from the GCAL report). It should probably attract connoisseurs, collectors, privates and professionals who will see the potential and the fascination of this wonder of nature.

Where can I see the Lesedi la Rona? 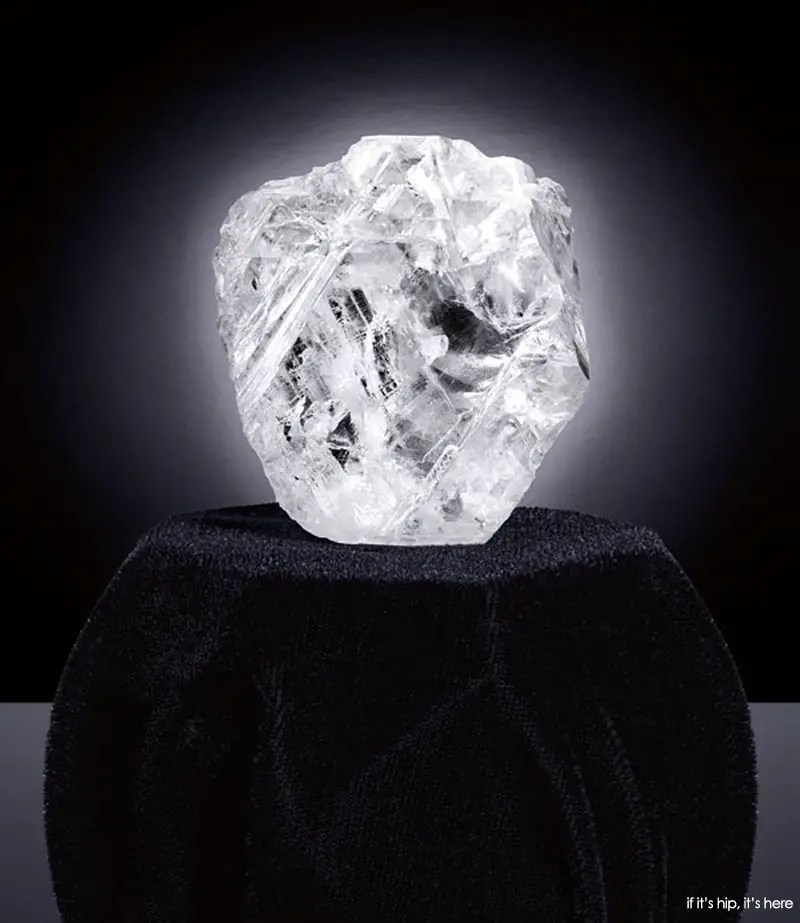 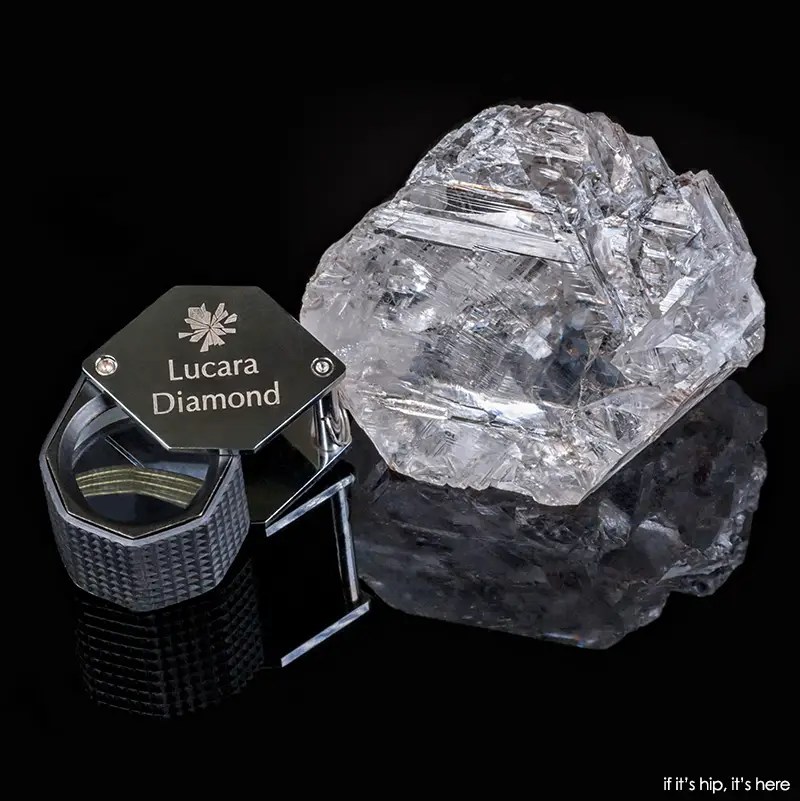 *Sotheby’s lists the diamond as weighing 1109 carats. However the Lucara Diamond Corp.’s press release says the diamond is 1111 carats.

Miley Mocks Herself (And The Government). See The Whole Funny SNL Music Video.