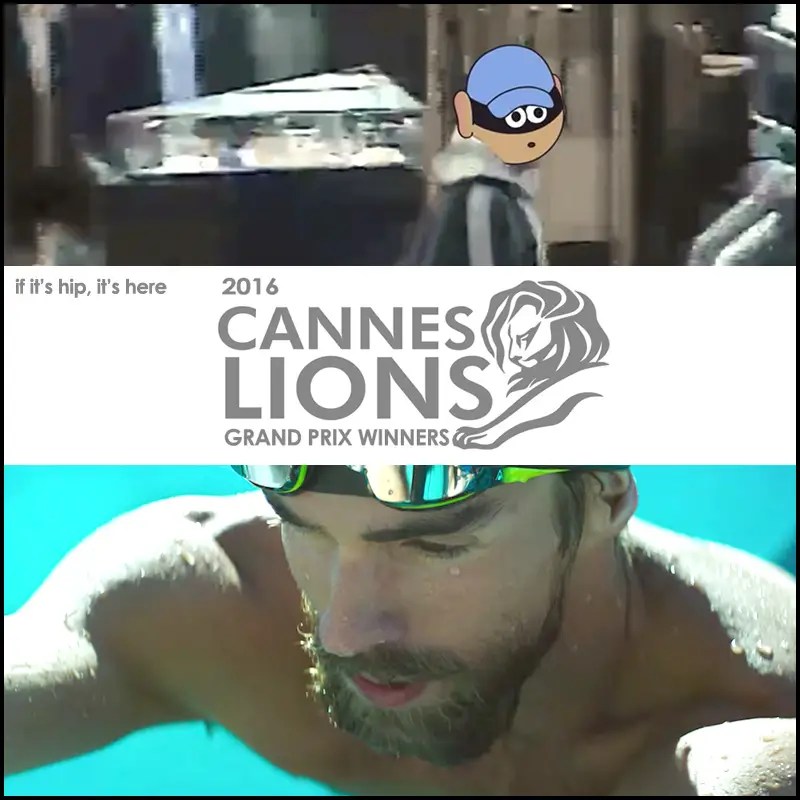 As the 63rd Cannes Lions International Festival of Creativity came to a close, the 2016 Cannes Lions Grand Prix Winners in Film and Film Craft, two of the festival’s top honors, went to UK department store Harvey Nichols and sports brand Under Armour respectively.

The 100-second online spot uses real-life CCTV footage of shoplifters helping themselves in the store and then getting caught in the act. The footage shows the thieves surreptitiously filling bags and concealing goods about their persons before exiting the store. They are then dramatically pursued and apprehended by store detectives and are later seen in “holding rooms” awaiting the arrival of the police. The identities of the guilty have been obscured with animated faces created by the Layzell Brothers at Blink. “The Grand Prix goes to a new way to use security camera footage to sell a rewards card, of all things, for a retailer. It’s just a phenomenal piece,” Film Lions jury president Joe Alexander, chief creative officer at The Martin Agency, “I think the best pieces now cross over. This one ran in cinema, it ran as an incredible viral piece. It’s a very modern piece of film that lived in both worlds.”

The promotion for the Harvey Nichols customer loyalty app was created by adam&eveDDB:

This is adam&eveDDB seventh Grand Prix in the span of three years. It won four Grand Prix in 2014 for Harvey Nichols’ “Sorry, I Spent It on Myself” and one last year in Film Craft for John Lewis’ “Monty’s the Penguin.” That latter campaign also won the Creative Effectiveness Grand Prix at Cannes this year.

Under Armour “Rule Yourself: Michael Phelps” Droga5’s “Rule Yourself: Michael Phelps” for Under Armour took the same prize in Film Craft:

Droga5, who absolutely dominated the Film Craft Lions this year, also took home two golds and a silver in Film Craft (along with a gold in Film) for their beautifully shot and produced Under Armour ad starring Olympic gold medalist swimmer Michael Phelps.

Droga5’s Hennessy spot “The Piccards,” (:90 second version shown below) picked up five golds in all:

And Droga5’s Under Armour spot with the Team USA women’s gymnastics team won a gold and three silvers:
1:40 version:

Other 2016 Grand Prix Winners I have blogged about include The Grand Prix for Good: Unicef UnFairy tales.

Heineken Does Denim. Neighborhood Collaborates With The Brand For The Heineken100 Program.