` MINI launched by campaign Invites 8 - If It's Hip, It's Here
Skip to content 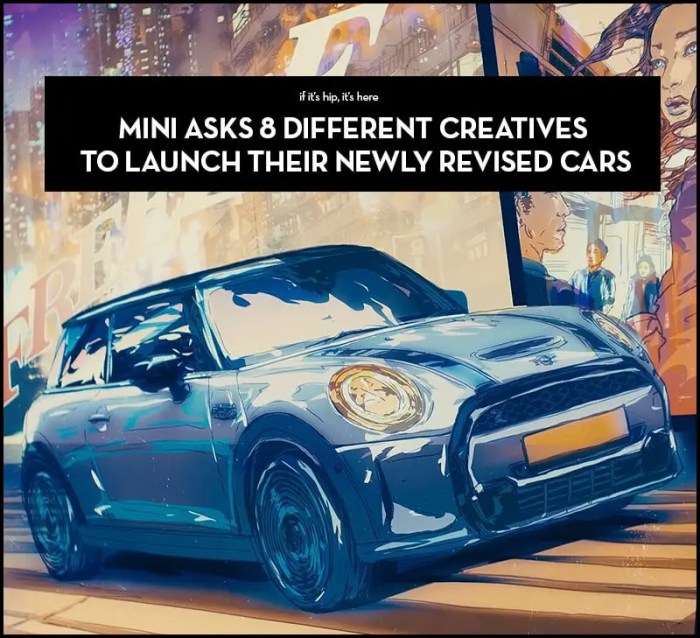 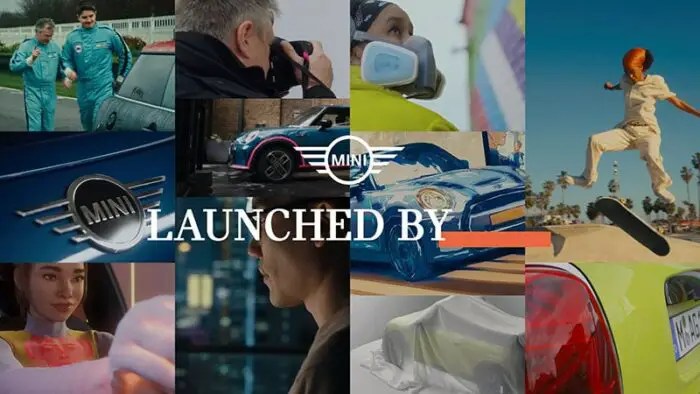 Young and renowned artists, up-coming athletes and experienced driving fun experts, as well as influencers and thought leaders from various disciplines were all confronted with the same question: “How would you launch a MINI? Answered in short film clips by those ranging from world-famous British fashion designer Sir Paul Smith to US professional skateboarder Briana King, the MINI launched by campaign series focuses on the enthusiasm for diversity, the openness to new things and the creativity that inspires people all over the world in the most diverse forms.

The answers were as varied as life in the global markets where MINI is successful. British photographer and director Rankin portrayed people who have a personal connection to the British brand for his personal staging of the MINI 5-door. Jonathan Jay Lee, illustrator from Hong Kong, made the MINI 3-door the main character of a fast-paced comic strip. The contribution of Turkish cake artist Tuba Geçkil was an epicurean delight. In her Red Rose Cake studio in Istanbul, she created a literally sweet version of the MINI Convertible. The British pop artist Lakwena also dedicated herself to the MINI Convertible. Inspired by the new Zesty Yellow body paint, she created a mural in London in bright colours and with a clear message: #BIGLOVE.

“MINI stands for diversity, joie de vivre and unity. The personalities and their stories in our campaign ‘Launched by _ ‘ are as diverse as the driving pleasure with our new models,” explains Sebastian Beuchel. “This shows the meaning of the statement ‘We are all different – but pretty good together’. Diversity – in all its forms – is an important stimulus for ideas and innovations.

Executed by Anomaly London, here are all eight clips:

The fashion legend applies his style to our sustainable future:

Take a road trip down memory lane with Rankin as he goes back to his roots. Is it cake? There’s only one way to find out.

THE MINI CONVERTIBLE LAUNCHED BY LAKWENA.

Lakwena went BIG on LOVE for the whole community:

She didn’t do a trick over the car. She did something far more impressive:

THE MINI JOHN COOPER WORKS LAUNCHED BY THE COOPER FAMILY.

Charlie Cooper and his dad Mike take a look back while racing forwards:

THE MINI ELECTRIC LAUNCHED BY MIQUELA.

Fell in love at first rush: 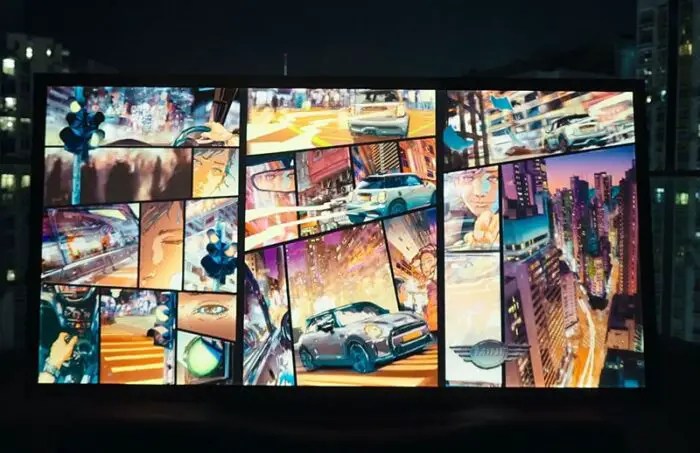 Where others see just a car, Jonathan saw the lights and life of Hong Kong:

Pioneering achievements, new ideas and the courage to find unconventional solutions are deeply rooted in the tradition of the MINI brand. “Even Alec Issigonis, the creator of the classic Mini, was a creative mastermind who recorded his first sketches for a revolutionary new small car on a napkin,” says Sebastian Beuchel, Head of MINI Global Brand Management. “This attitude continues to shape us today. In our ‘Launched by _ ‘ campaign, we therefore show people who dare to try something new and inspire with their ideas – each in their own unique way.” With “Launched by _ “, MINI is once again offering a platform on which creative people from different directions can present their individual view of MINI. This also expresses the conviction that it is good for the brand not to determine every detail itself, but to gain new impulses through co-creation and collaboration.

The campaign for the market launch of the new edition of the MINI 3-door, the MINI 5-door and the MINI Convertible models is thus also a reflection of the character of the worldwide MINI Community, in which the joy of individuality and the emotional experience in a strong community ideally complement each other.

The market launch campaign “Launched by _ ” comprises a pre-roll spot as well as eight editorial stories of up to one minute in length for use on MINI’s international digital channels and platforms. For the first time, MINI is also using the popular social video app TikTok as a communication platform. “With TikTok we are opening up another fast-growing social media channel for MINI brand messages, on which we want to inspire a young, digitally affine target group,” says Sebastian Beuchel.

all information and images courtesy of MINI