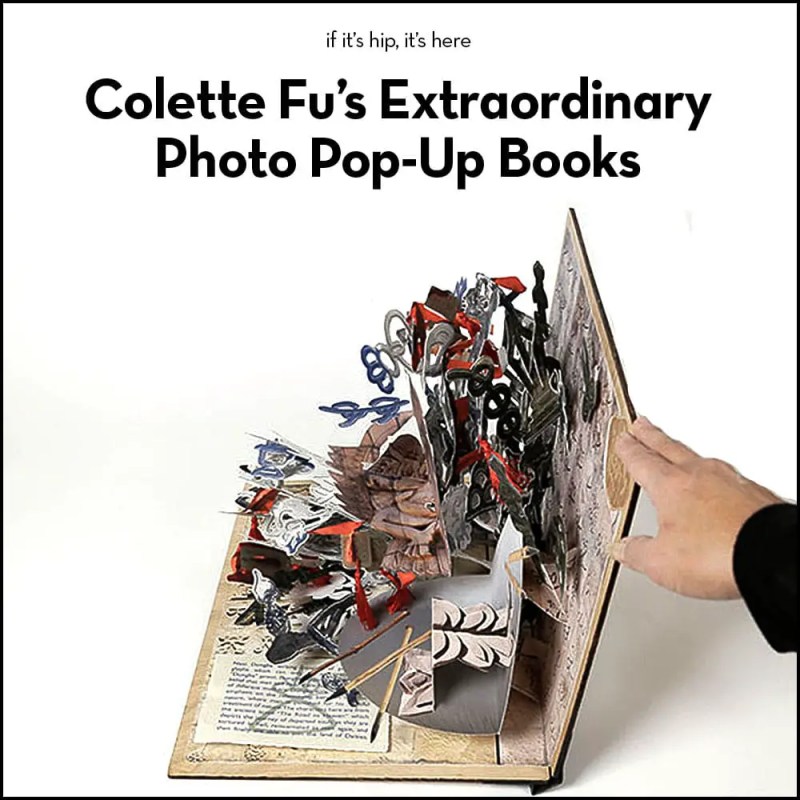 Not only are the pop-up books by Colette Fu an extraordinary feat of paper engineering, but they are also an enlightening look at the artist’s own Chinese heritage and the people of China through her photography.

The handmade pop-up books by Colette Fu fuse her own travel photography, her paper engineering skills and wonderful stories from her series We Are Tiger Dragon People.

Lush imagery of the Chinese people and their way of life in pop-up form are further enhanced by her own words which are reprinted in italic below each book shown. 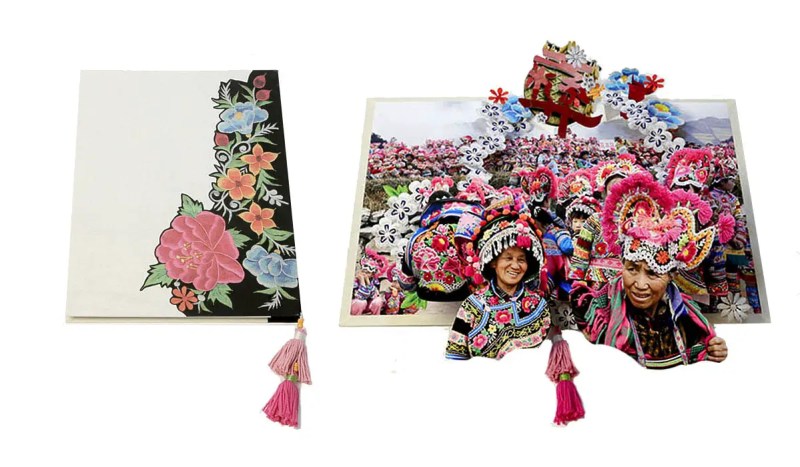 Long ago, there was a young Yi couple in love. In pursuit of the girl, a jealous Devil King tried to kill the boy. An old man taught the young girl to crow like a rooster to call out the sun and drive the Devil away. The girl saved her boyfriend and the villagers now show their gratitude by wearing cockscomb hats that bring luck, safety and happiness to their people. 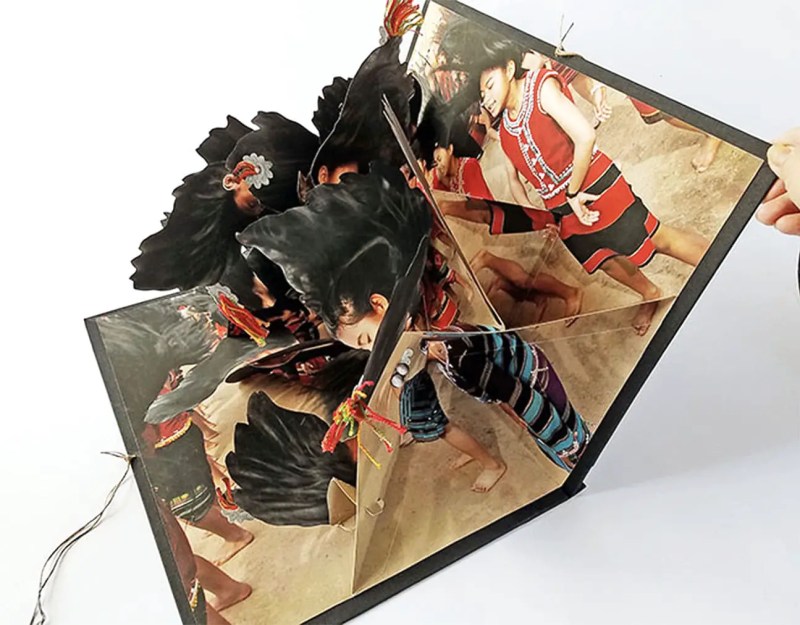 The Wa people regard the wooden drum as a divine tool that has exceptional power and is the symbol of existence and prosperity. Wa women uninhibitedly swing their long black, shiny hair to the beat of the drums. Their beat is slow and fast, representing anger and sadness, anxiety and happiness. 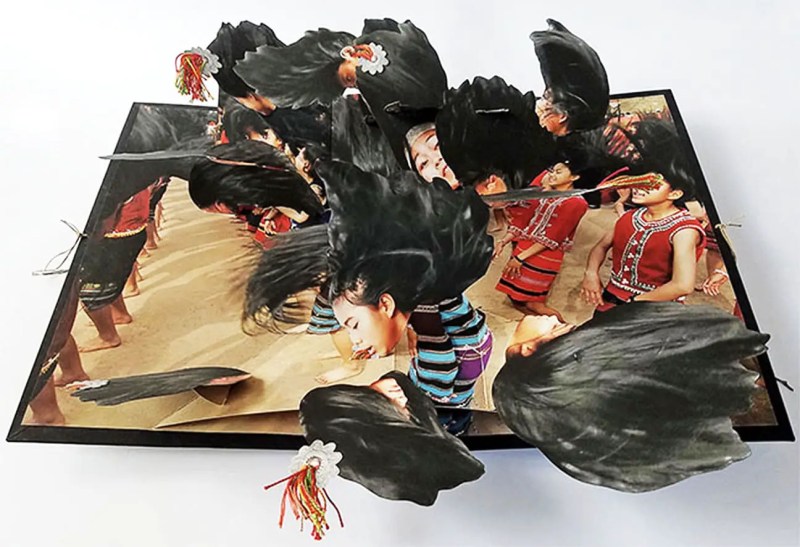 The Sani live in and around Stone Forest, and are a subgroup of the Yi. Their lives are as colorful as their embroidered clothing, and they treasure song and dance above wealth and success. Their legend of Ashima is sung from generation to generation and is an inspiration for Sani women today who refer to it as “the song of our ethics.”

Ashima was a young Sani girl engaged to be married to (her cousin) Ahei. Azhi, the son of the village leader, tried to force her to marry him. Azhi unleashed a trio of tigers to kill Ahei who killed the tigers with arrows and escaped unscathed.

But when Ashima and Ahei were playing by a river, Azhi generated a flood and Ashima drowned and turned into river stones. Her words are echoed through the forest: “I will never disappear even as the sun and cloud disappear, my soul and my sound will exist till the end of time.” Sani people say that Ashima’s suffering is their suffering. Great grandfather Lung Yun’s calligraphy is prominently carved in red above the entrance. Wrestling in Mongolian translates as Bökh, which means durability. Those who wear colorful Jangaa around their neck have won before. These silk ribbons, colored red, green, yellow, white and blue, represent fire, water, earth and air, with blue representing Mongolia, the Land of eternal blue sky. Jangaa signifies the wrestler as sacred, as these scarves are also worn by animals sacrificed to their Gods. They dance as they get on the field, mimicking the prance of lions, tigers and deer. Only the winner will prance off the field. Genghis Khan considered wrestling an important way to keep his army in shape. There is a legend about Khutulun, great granddaughter of Genghis Kahn, who claimed that she would marry any man who wagered 100 horses and could beat her in wrestling. She ended up acquiring an army of over 10,000 horses. As a tribute to the woman wrestler who was never defeated, men now wrestle wearing an open vest to prove to their opponents they don’t have breasts.

Return to Land of The Deities: The Naxi are one of China’s 55 officially recognized minority ethnic groups who mostly reside in Lijiang Province. Na means senior and honored, and Xi means people. Naxi Dongba writing consists of pictographic glyphs which can only be interpreted by a “Dongba” priest. Dongba religion is based on the belief that both man and nature are half-brothers born of different mothers and the same father. Its scripture places an emphasis on this relationship between man and nature where man is punished for his exploitative abuse to nature. The glyphs here are from the ancient scroll painting “The Road to Heaven,” which depicts the journey of man as departed souls tortured in hell who are reincarnated as man again, and then finally are able to join the land of Deities. The glyphs are merged with imagery of Jade Dragon Snow Mountain, a holy mountain and sanctuary of rare wild plants and animals in Lijiang Province. Only about 4600 Dulong people reside near the Dulong River in NW Yunnan, along the borders of Tibet and Burma. Using bamboo needles and ink made out of ashes from the bottoms of pans, girls got their tattoos at puberty and each clan had its own set of designs. The origin is not clear, but some claim it was to make them unattractive to powerful neighboring tribes (Tibetans to the North, and Lisu to the east) who enslaved the Dulong and went after their women. Dulong woman believe that their tattoos resemble butterflies and that the souls of their dead turned into butterflies. As of 2013, there were only 28 tattooed Dulong women left. Harmony of Nature and Human Will: The Hani people have cultivated the terraces of Ailao Mountain since the Tang Dynasty (618 – 907 AD). With a subtropical climate and an advanced irrigation system, the rice fields are almost self-sustaining as evaporated water is trapped within the surrounding forest forming a sea of clouds that replenishes the fields. The terraces represent a harmony of nature and human will. 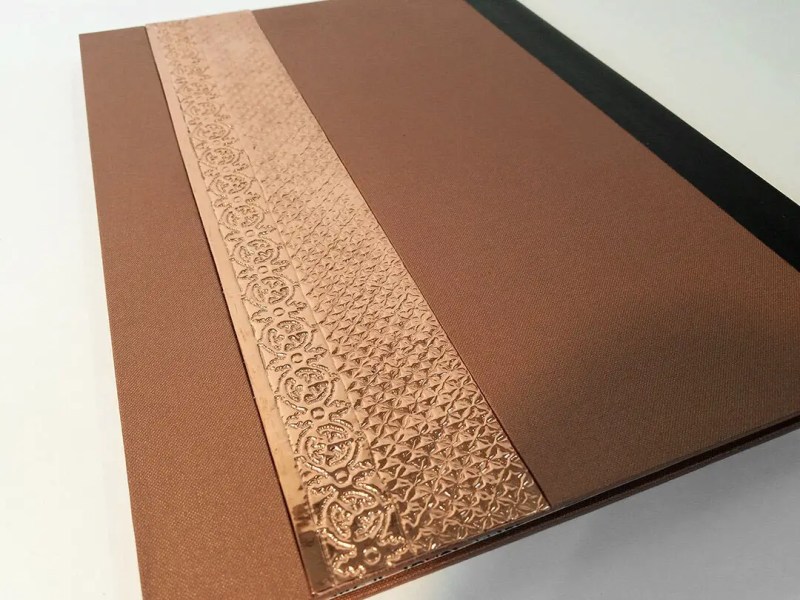 Xinjiang translates as “New Frontier” in Chinese. Xinjiang Province is China’s largest administrative region and is home to the ethnic Uyghur population. Uyghurs are a Muslim Turkic ethnic group living within China’s dominant Han and have been under Chinese control since the 18th century. Rich in natural resources, economic development of the region has been accompanied by the large-scale immigration of Han Chinese. In 1949, Uyghurs comprised 82% of the population. Uyghur population today makes up under half. Xinjiang’s Han population increased in the region from 220,000 in 1949, to 8.4 million in 2008. During Ramadan in 2014, the government prohibited fasting. The government has also banned “unruly” beards and mustaches, and has banned women from wearing head coverings in public. In 2018, China launched a campaign against the “spread of halal”, claiming the growing number of halal products is encouraging religious extremism. Xinjiang Uyghur Autonomous Region is now one of the most heavily policed areas in the world. See a video of this book as it opens here. Bamei means ‘cave in the forest’ in Zhuang language. Tao Yuanming, the Eastern Jin Dynasty (317-420) poet, wrote of an isolated Peach Blossom Valley where people lived a simple,pastoral life. For centuries, Chinese people merely regarded this valley as imaginary. To the Chinese, the peach blossom symbolizes luck, love and longevity, and to some – immortality. A giant sized version of Source Of The Peach Blossoms at the Taubman Museum, 2019:

Artist’s Statement (from her website):
I create one-of-a-kind collapsible artist’s books that combine my photography with pop-up paper engineering. Pop-up and flap books originally illustrated ideas about astronomy, fortune telling, navigation, the anatomy of the body and other scientific principles. This history prompted me to construct my own books reflecting ideas on how our selves relate to society today.

Growing up in New Jersey, I was not proud of my Chinese heritage. After college, I went to Kunming, the capital city of my mother’s birthplace in Yunnan Province, China to teach English. Literally translating as “South of the Clouds,” Yunnan is China’s most southwestern Province, sharing borders with Tibet, Burma, Laos, and Vietnam. With snow-capped mountains to the Northwest and tropical rainforests to the South, Yunnan is rich in natural resources and has the largest diversity of plant life in China. This diversity extends it its population as well. While in Yunnan I discovered that my great-grandfather had not only helped establish the university where I was teaching but was a member of the powerful black Yi tribe, and the governor and general of Yunnan during the transitional years of WWII. I stayed in Yunnan for three years; it was these experiences that helped me find a new sense of pride and identity and encouraged me to pursue a profession as a photographer and artist.

With the help of a 2008 Fulbright fellowship, I traveled once again to Yunnan, specifically to photograph for a pop-up book of the twenty-five ethnic minority groups that reside there. 25 of the 55 minority tribes of China reside in Yunnan and comprise less than 9% of the nation’s population, with the Han representing the majority. Many people inside China and most people outside are unaware of this cultural richness. Since then I have returned to China to extend my project outside of Yunnan Province. Inspiration from recent trips to India, Morocco, and Kyrgyzstan are incorporated into newer work.

Constructing pop-ups allows me to combine intuitive design and technical acuity with my love of traveling as I try to understand the world around me. With pop-up books, I want to eliminate the boundaries between book, installation, photography, craft, and sculpture. Traveling through the mountainous Yi landscape, one old Yi man told me, “Although an eagle flies far into the distance, its wings will fold back. For the Yi, the ultimate goal of life is to find the path of your ancestors.” Another Yi man advised me, “Don’t follow the black road, which is madness, dampness, illness, and the ghost road. You should follow the white road, which leads you back to your ancestors.”

all images courtesy of the artist.