By now, most of the world has experienced IKEA. The amusement park of flat-packed furnishings from Sweden is prime material for parody and the latest, from visual artist Domenic Bahmann, is a series of hilarious manuals representing pieces that don’t work.

Born in Munich, Germany and currently living in Canberra, Australia, Bahmann creates visual content and art for ad campaigns, websites, apps and magazines. You might have seen some of his work in such well-known publications as Time, Real Simple, New Scientist, The Washington Post or The Wall Street Journal. In addition to his work for clients, Bahmann continues to challenge himself with personal projects he shares with his many followers on Instagram.

As an art director at an ad agency in Los Angeles many moons ago, I worked on newspaper ads, billboards and television spots for IKEA (award-winning, I might no so humbly add). So when I saw Domenic’s series of satirical IKEA product manuals inspired by his own experience of assembling furniture the wrong way, I was more than amused. He created a new series of furniture that does not work and I love it. 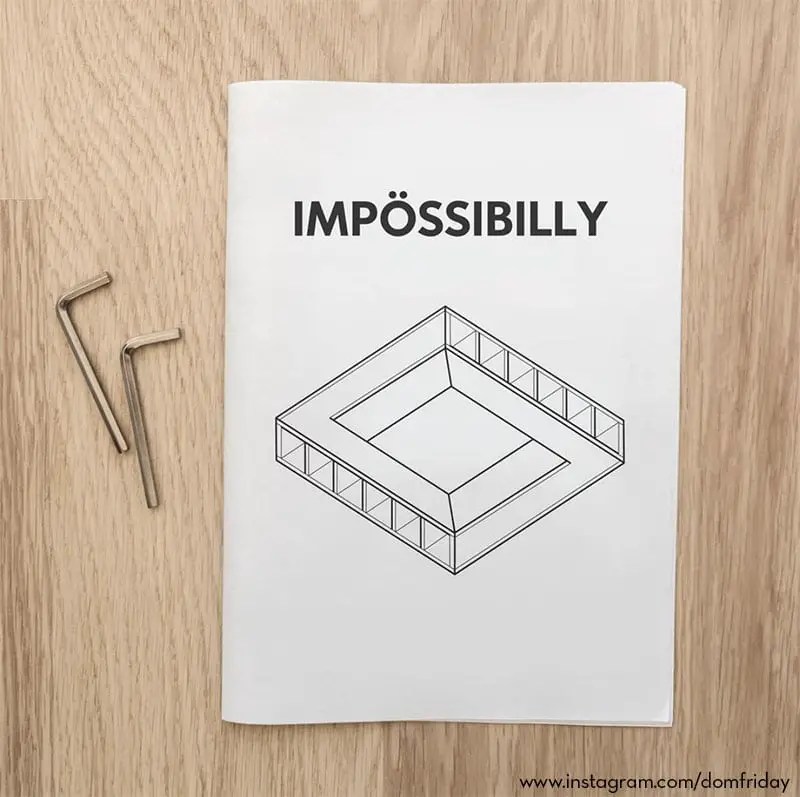 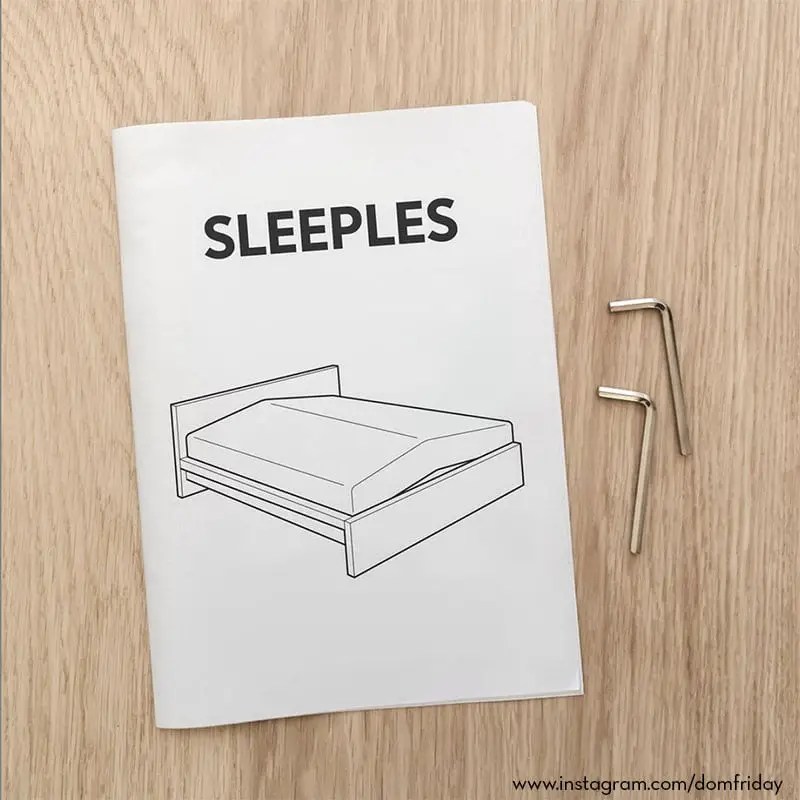 “In 2013 I started my creative challenge called ‘Stop, Think, Make’. I had to come up with a creative everyday-related image or illustration at least once a week. Since then I try to see the world in the way I used to when I was a child. Staying playful and curious isn’t always easy in our busy modern world.”- Domenic Bahmann

Be sure to take a look at Bahmann’s other wonderful work on his website.

Life With Covid in Miniature by Tatsuya Tanaka