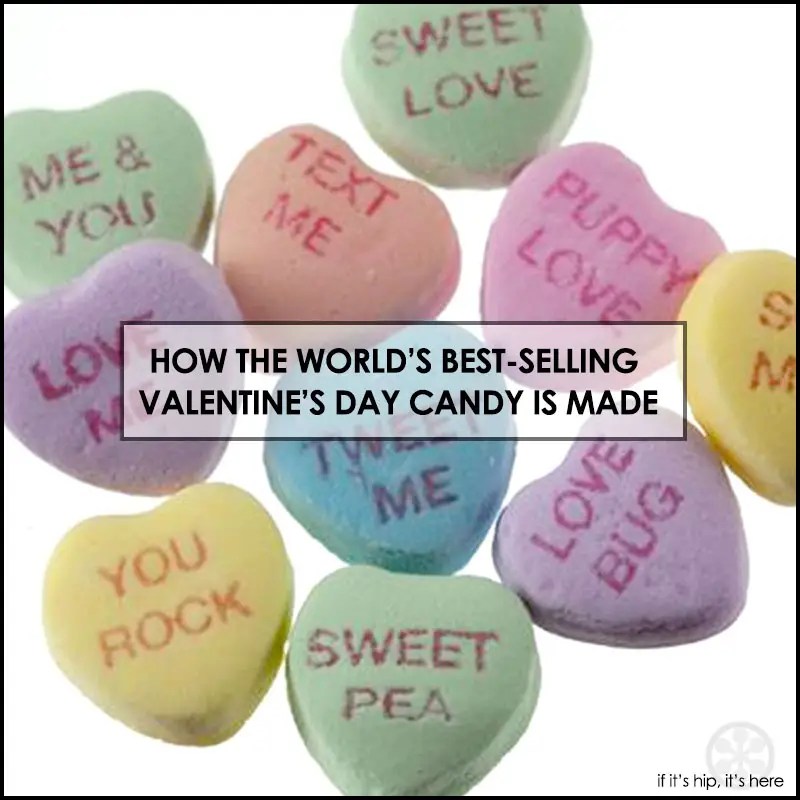 It’s that time of year again. Valentine’s Day. When happy shiny couples give one another cute warm fuzzies while the rest of the world either remains hopeful or bitterly dejected. Either way, one can’t get away from the classic “Sweethearts” by Necco come mid-February. From the candy to Keds, iPhone apps to fragrances, talking hearts abound.

How Necco Sweethearts Conversation Hearts Are Made

First, some Necco history of the candy: 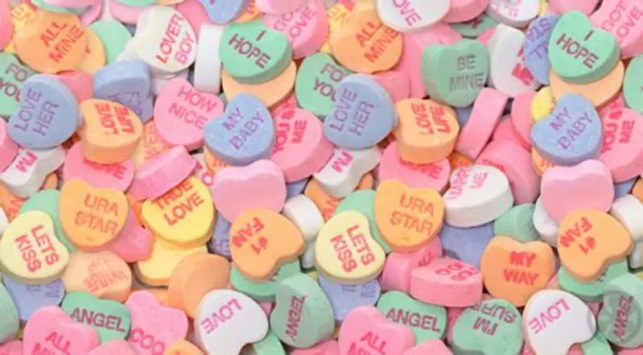 Today’s best-selling Valentine candy — Sweethearts Conversation Hearts–the pastel sugar hearts with the quirky sayings, were as much a part of your childhood as they are for today’s kids. New England Confectionery Company manufactures over 8 billion hearts each year to keep up with demand for this American icon. Still it’s hard to believe that the concept behind today’s Conversation Hearts got its start when Abraham Lincoln was still President. Mottoes seemed to have come into prominence with cockles, a small crisp candy made of sugar and flour formed in the shape of a cockle or scallop shell. The early cockles contained mottos, which were printed on thin colored paper and rolled up inside.

In the 1860’s, when Daniel Chase, the brother of New England Confectionery Company‘s founder, Oliver Chase, began printing sayings on the candy. He experimented first with hand tools, and then devised a machine in which the cloth was replaced with a felt roller pad, moistened with vegetable coloring, usually red, which pressed against the die. The die printed the words on the lozenge paste and the double purpose machine cut the lozenges. 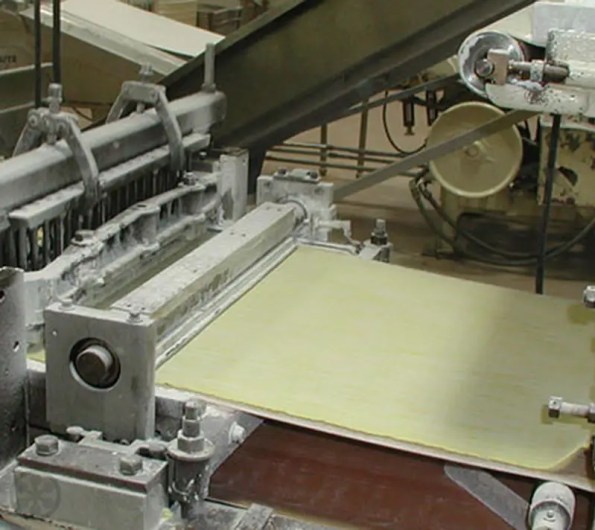 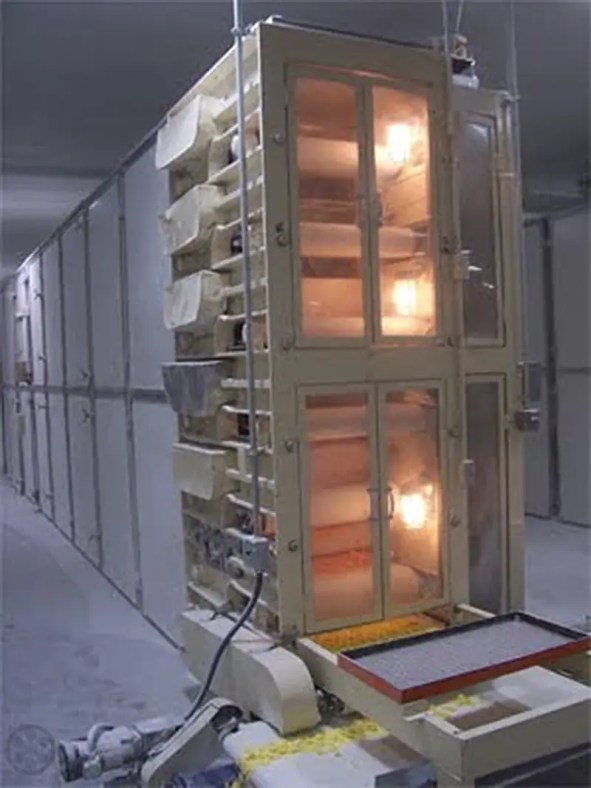 above: the making, baking and packaging process today

Martha Stewart takes you through the process:

Grown-ups were entertained and passed the hearts around at parties. For weddings, there were wedding-day lozenges with humorously foreboding prophecies such as: “Married in satin, Love will not be lasting” “Married in Pink, He will take to drink” and “Married in white, You have chosen right.”

The present day Sweethearts® Conversation Heart dates back to 1902. Back then, besides hearts, they also produced various shapes such as postcards, baseballs, horseshoes and watches.

In the early 1990’s, New England Confectionery Company’s Vice President Walter Marshall decided to update the sayings each year and retire some. His first –Fax Me–created a lot of attention from Sweetheart fans. As a result, each year we receive hundreds of suggestions from romantics, candy lovers and school kids for new sayings. From old tech, “Call Me” to new tech, “E-mail Me,” Sweethearts® keep the pulse on the heartbeat of the nation.

Conversation Hearts have been used in various ingenious ways over the years– to propose marriage, to teach children statistics and reading, to decorate cakes, and as borders for frames.

above: the anatomically correct human heart made of the candies by Lego brick artist Nathan Sawaya.

Since this post was written, Necco began offering custom Necco Sweethearts Conversation Hearts and wafers! I had these made a few years ago: 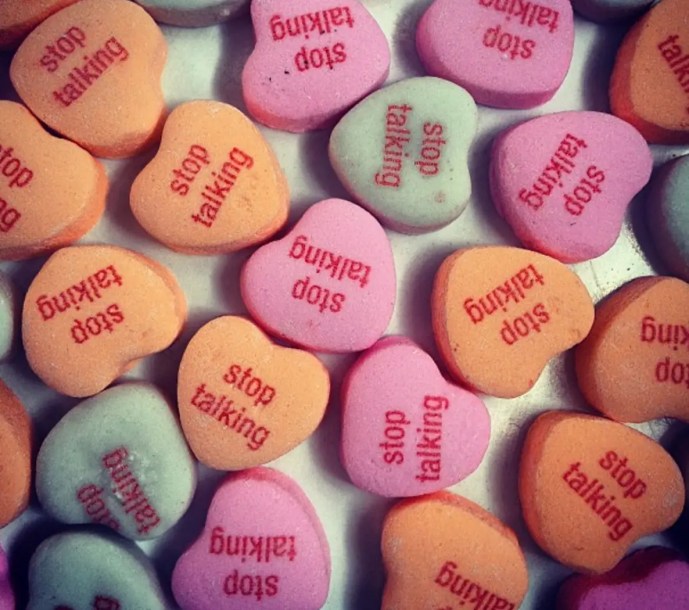 Now you get get your own custom conversation hearts here.

You can see many Conversation Heart inspired products, from iPhone covers to jewelry, at the following links.

Note: This is a partial reprint of a post from two years ago.

Sweethearts and Conversation Hearts Candy and Items on Amazon

Millenials Spend More on Christmas Gifts Than Others. And We Thought They Were Self-Absorbed.