` You'll Go Cuckoo Over These Eight Modern Clocks from Italy's Diamantini and Domeniconi. - If It's Hip, It's Here
Skip to content

I happen to be Cuckoo for Cuckoo Clocks as indicated by a previous round up of modern cuckoos I posted way back in 2007.

It’s been awhile and since then many new ones have been realized, cuckoo and otherwise. Here are a few of my new favorite Diamantini and Domeniconi Cuckoo Clocks, all designed within the past two years. Mantle cuckoo clock, taken from the classic idea of the house, functionally reinterpreted: the roof is the lid of the box you can open to change the batteries and set the time. 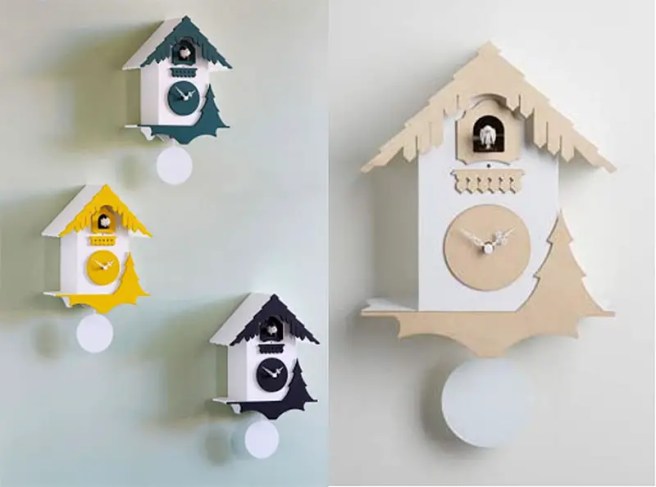 The Chalet wall clock takes the classic idea of the Swiss house and reinterprets it in a modern style. 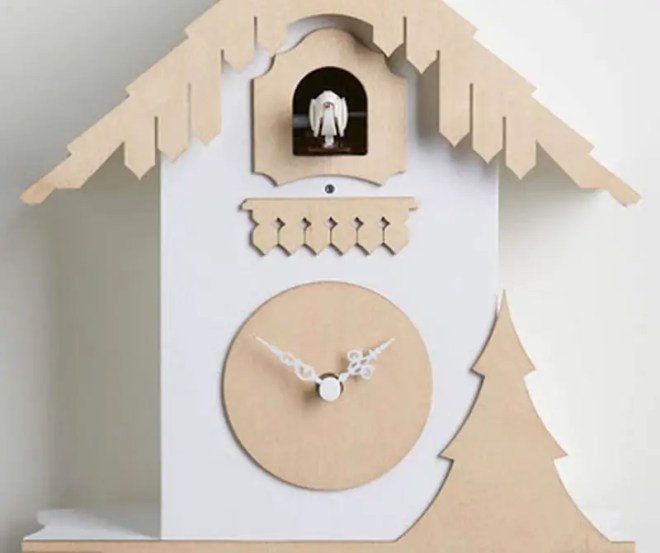 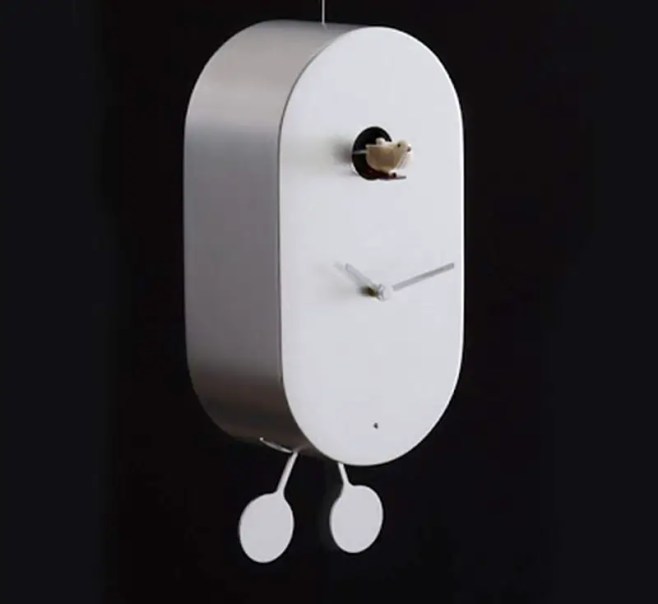 Coco is a suspended cuckoo clock that can be placed at different heights, brought up or down or rotated in the air, much like a cloud. Two lacquered metal pendulums gently swing back and forth. A cuckoo clock of minimal inspiration with clock hands located under the plexiglass dial and small pedestal feet making it a tabletop cuckoo clock. The clear methacrylate can be matched to the different lacquered versions of the frames. It is also available in a version with an opaline plexiglass dial inside a white frame. The clock contains LED lights, emitting soft lighting that can be turned on or off. 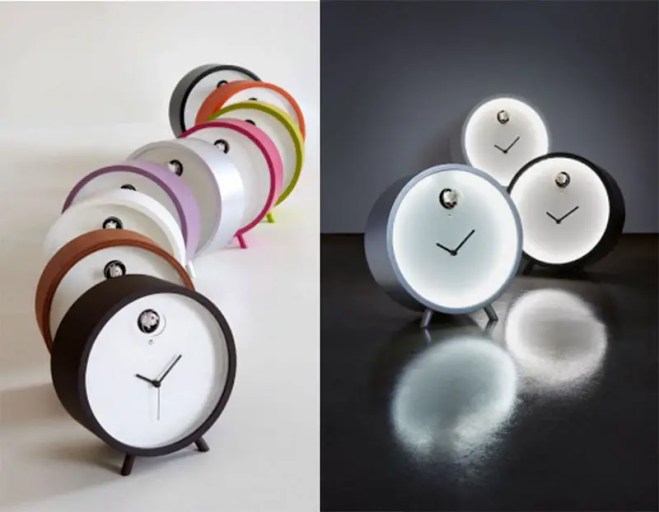 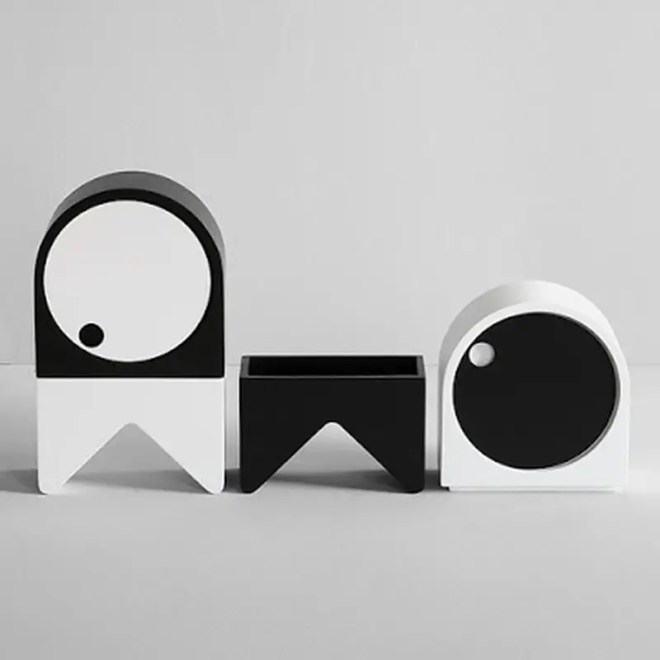 The base of this clock is actually a money box (or piggy bank as more commonly referred to in the US) allowing you to empty your pockets and archive the coins. Just lift the clock from its base to easily retrieve your coins. The ‘eyes’ of the Polifemo clock reveal the time. A small blackboard clock with chalk you can hang on the wall, on the fridge in the kitchen or anywhere you’d like. You can write in the clock numbers or leave a message, draw numbers or give it a face. Tablito changes with your feelings. You can add graphics – give him a smile or add thousand hands- and then take them off with the magnetic felt eraser. Back Nature by Roberto Rizzi 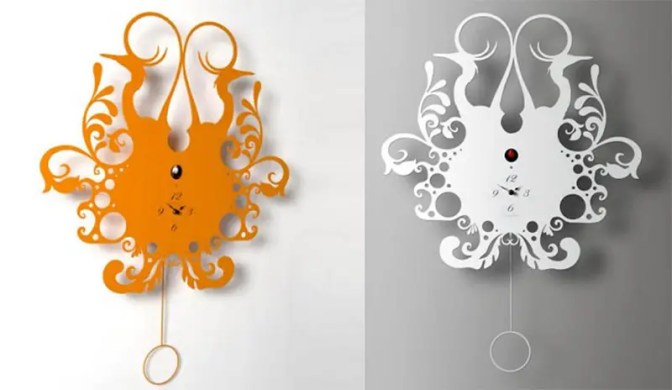 “Back Nature” is a monument dedicated to Nature. Its modus operandi is inspired by the Baroque style, and has many natural elements in one monochromatic composition. 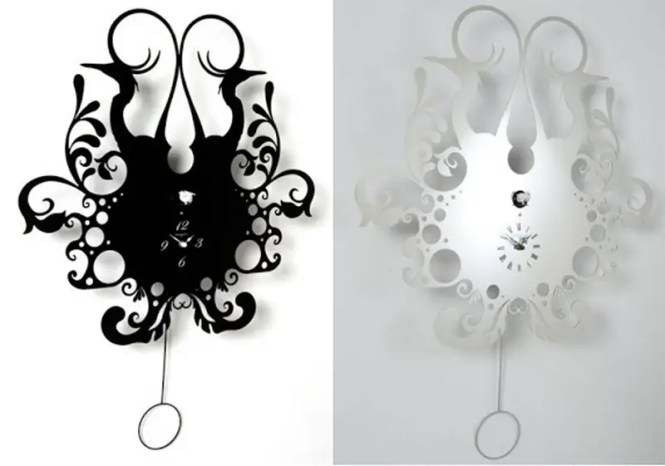 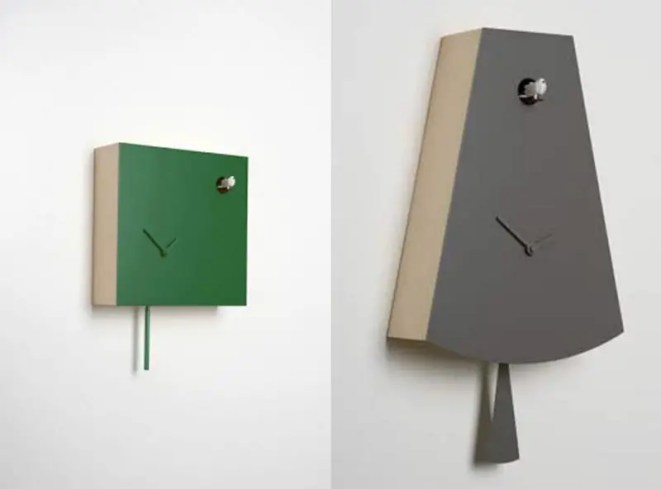 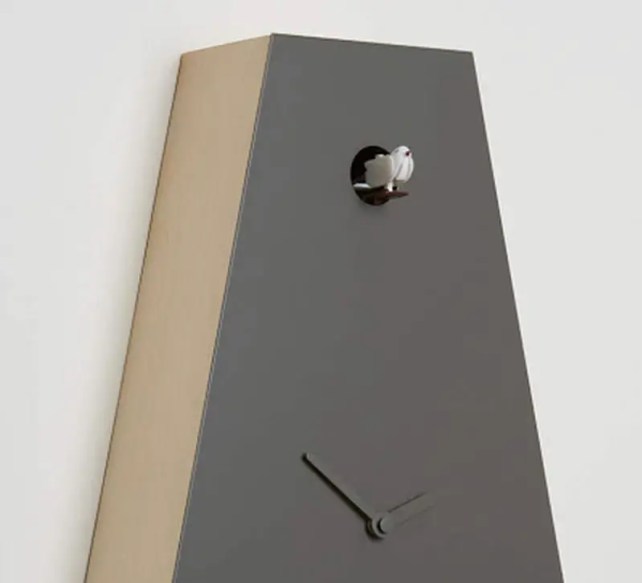 You can find these and other Diamantini and Domeniconi clocks at the following online stores:
Unica Home
Switch Modern
Vraiment Beau
My Marca