` Sophie Gamand Pit Bull Portraits - If It's Hip, It's Here
Skip to content 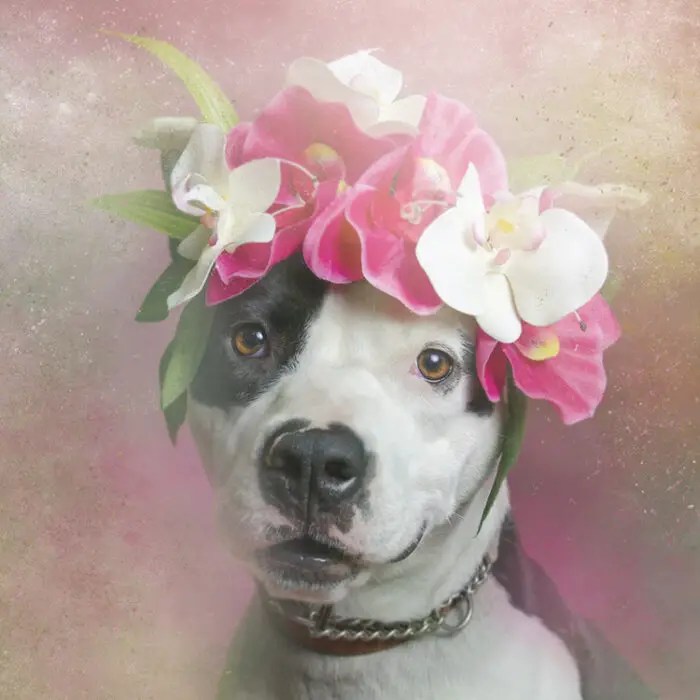 It’s true, I’m a dog lover. Not a share-the-spoon-with-my-dog kind, but she does sleep in my bed and I do think of her as my furry child. That said, I was elated to come across these sweet images of dogs we usually see portrayed as ‘Cujo’ rather than as an angel. Hoping to dispel their negative reputation, photographer Sophie Gamand of chose to portray the dogs grouped under the name “Pit Bulls” in a manner opposed to the way the breed is commonly shown. 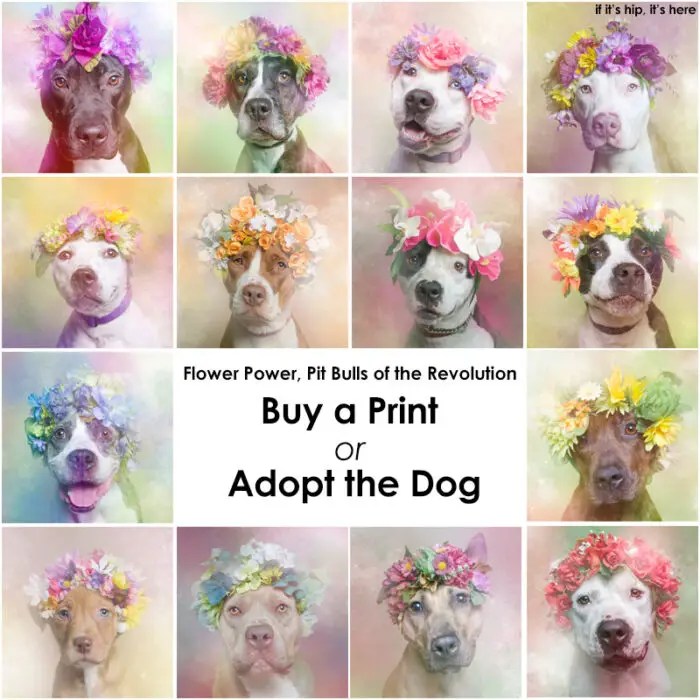 UPDATE: While all of these dogs have all been adopted since this post was written, there are several more available. See links at the end of the post for animal rescues.

“Flower Power, Pit Bulls of the Revolution” portrays this misunderstood group in a different light. Gamand says “The general public and news media consider a “pit bull” a dog that belongs to one of the following breeds, or simply looks like one: the American Pit Bull Terrier, the Staffordshire Bull Terrier, the American Staffordshire Terrier, the Bull Terrier, or any mix. To put it in a nutshell, most “Pit bulls” are judged based on certain physical characteristics. Moreover, if they physically look like they belong to that group, they will be deemed dangerous by many, with no regard to their individual temperament.”

This is Cali, a female pit bull terrier mix. 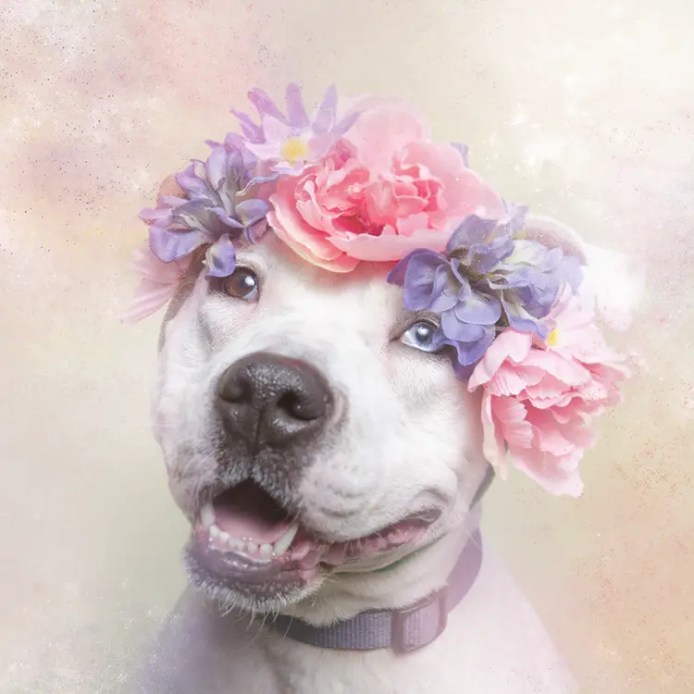 She goes on to explain how the project was an excuse for her to discover and learn more about the infamous breed. She confesses that she was initially prejudiced against the breed but after interaction with them their sweet nature won her over.

Wanting to do something different than the usual tough and gritty depictions of Pit Bulls often seen in other media, she decided to – in her own words “portray them like hippies, soft fairy-tale-inspired characters, feminine and dreamy.”

In addition to taking the ethereal photographs, she made the flower headpieces and worked on the project with three rescue groups in New York City; Sean Casey Animal Rescue, Second Chance Rescue and Animal Haven.  Sophie set up a studio in both boarding facilities and photographed some of the pit bulls who were and are up for adoption in July and August 2014.

Flower Power:
All of these precious dogs are available for adoption and their names and links to the rescue groups that have them can be found here above their photos. Rex (Rex has already been adopted!): 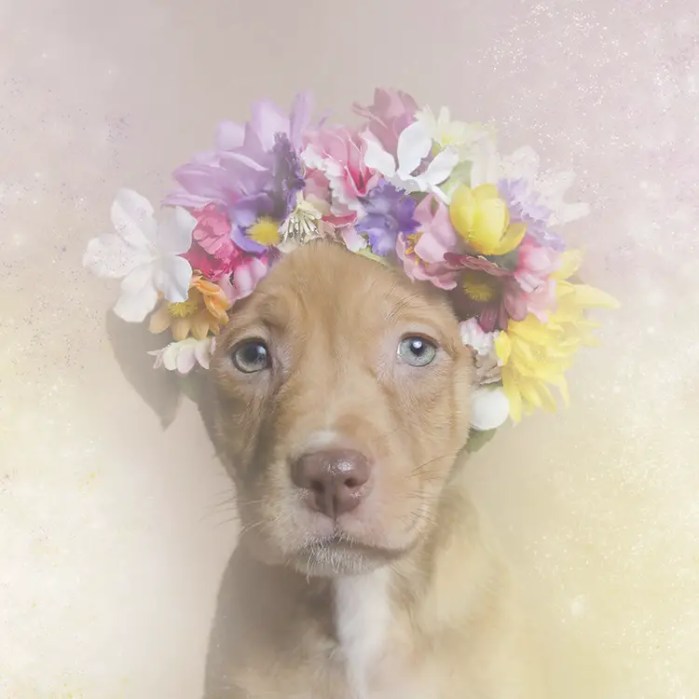 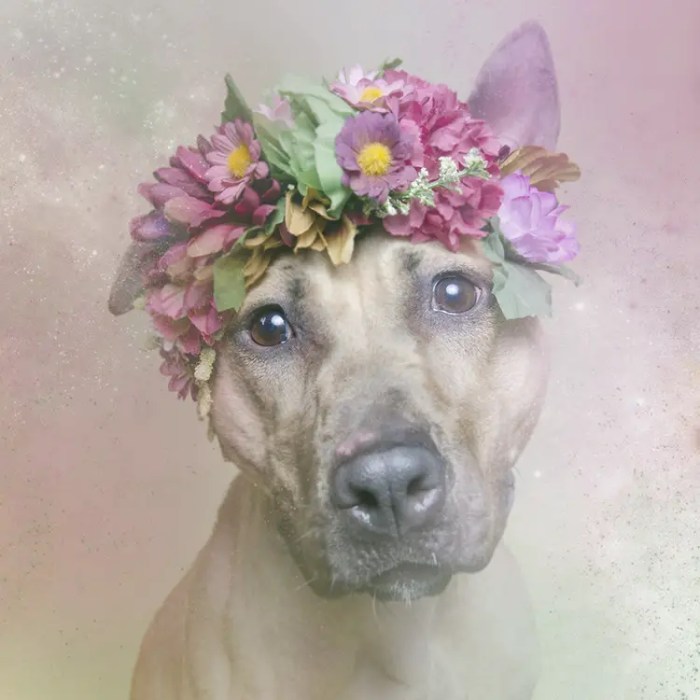 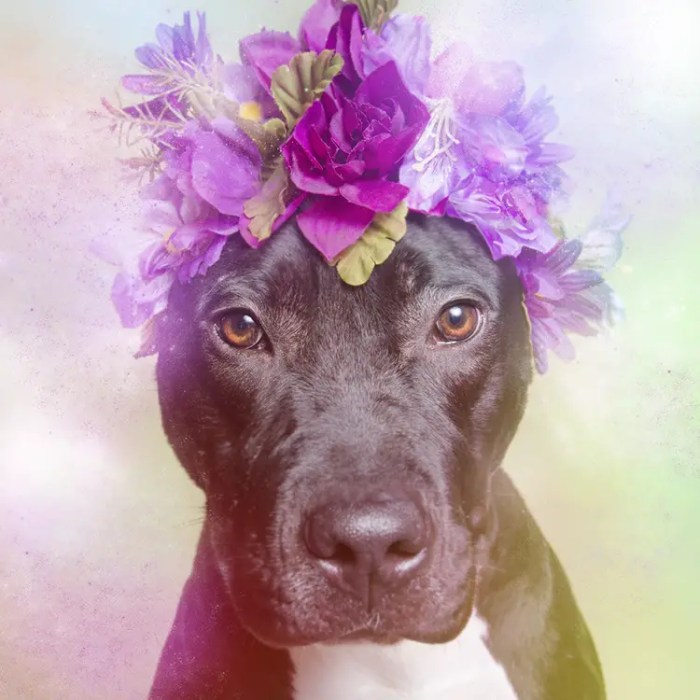 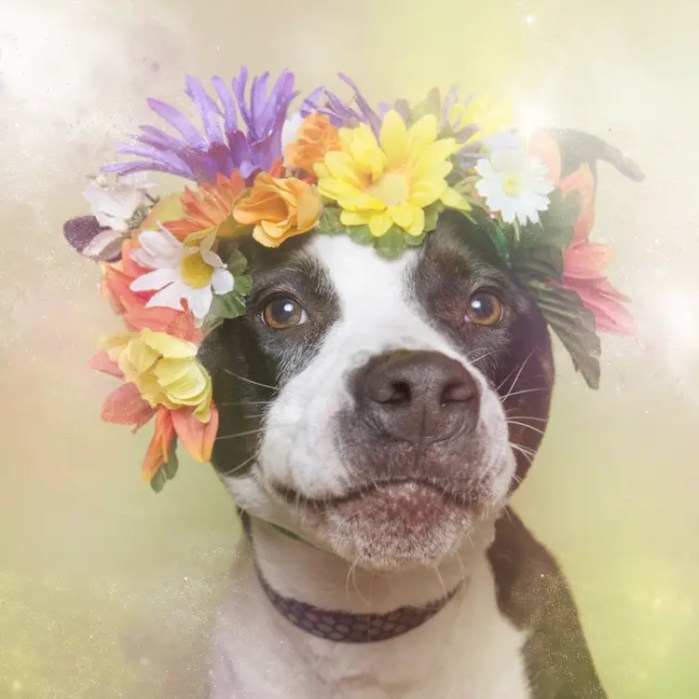 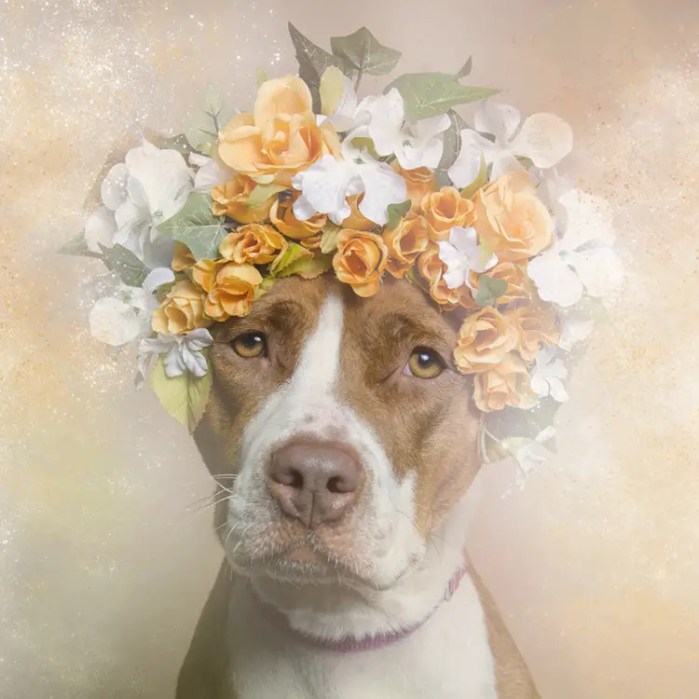 Sweetheart, a cute 1 and half year old ‘blue and white’ Am Staff / Terrier mix 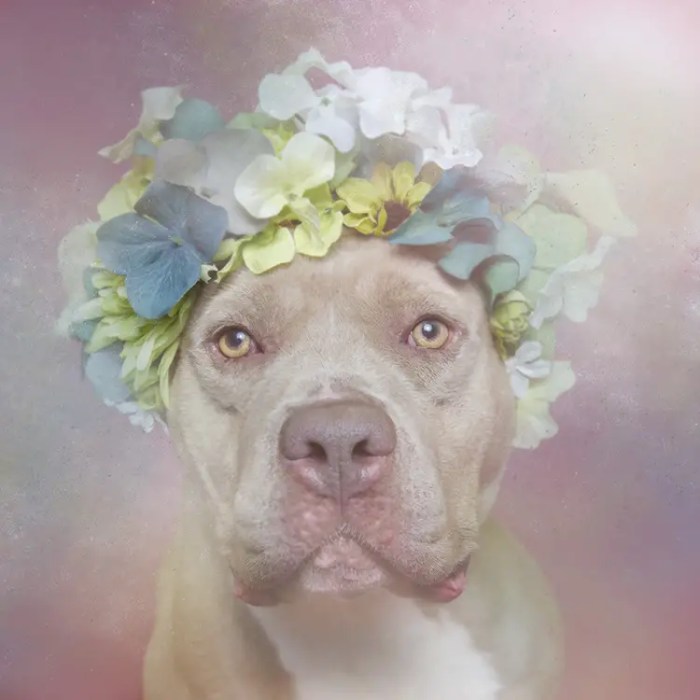 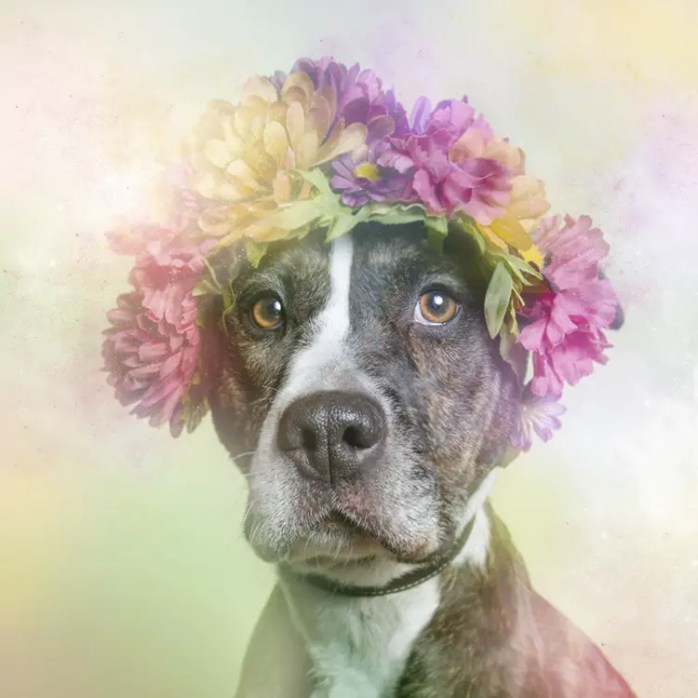 Prints are available and proceeds will go to Sean Casey Animal Rescue and Second Chance Rescue.

all images and info courtesy of Sophie Gamand

2013 Sports Illustrated Bathing Suit Models In Nothing But Body Paint.