` LEGO MINI Cooper Mark VII, A Replica Vintage Classic Mini in 1077 pieces. - If It's Hip, It's Here
Skip to content The latest addition to the LEGO Creator Expert series is this official replica of the Mini Cooper Mark VII in British Racing Green. The 1077-piece kit features Mini design icons such as a white roof, white wing mirrors, bonnet stripes, a 4-cylinder engine and a functional boot full of surprises. 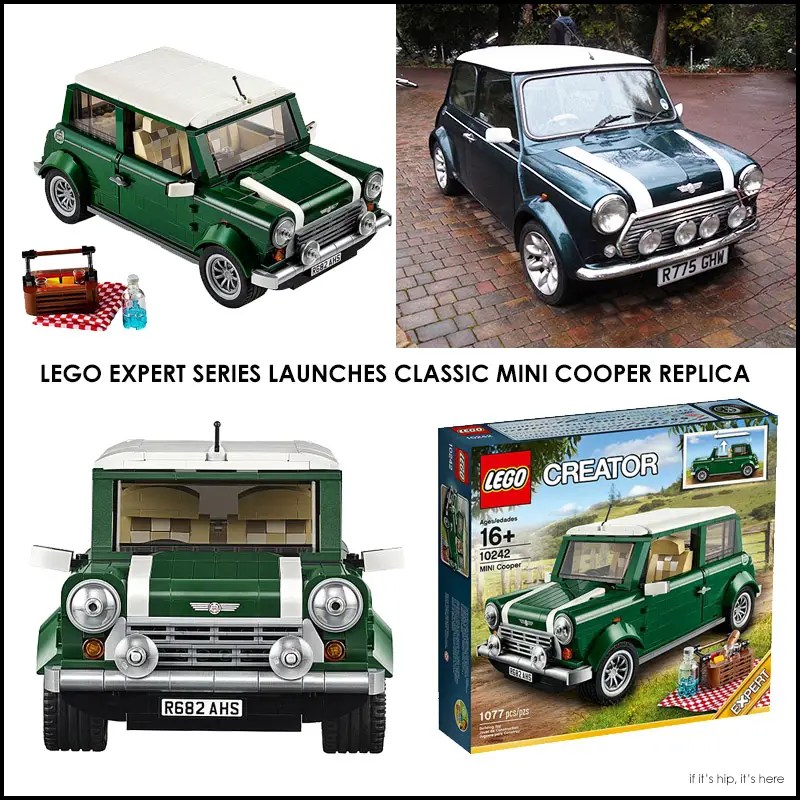 Fully reflecting the design of the Mini Cooper Mark VII produced between August 1997 and July 1998 to mark the 40th anniversary of the first Mini, the model’s wheels, bumpers, headlamps and hexagonal radiator grille are all based on the life-sized original. 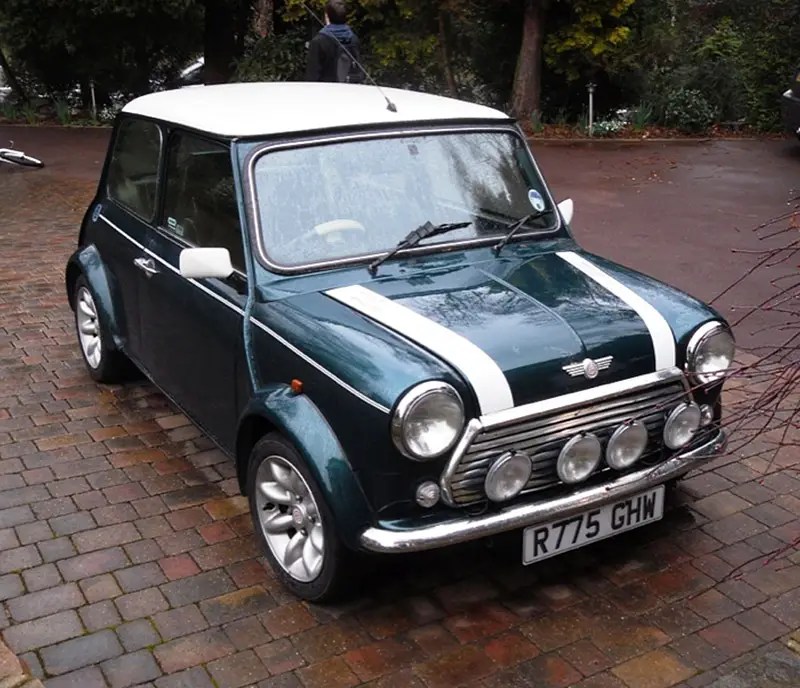 To create the famous Mini profile, LEGO designers were careful to include a curve up from the front wheel arches to the headlights and included an interesting building technique as a treat for seasoned LEGO fans. Like all the coolest toys that were on every kid’s wish list, the LEGO Mini is filled with functional moving parts waiting to be discovered. The doors, bonnet and boot can all swing open and close, and the steering wheel, backrests, headrests, even the gear stick and handbrake are all moveable. No detail went overlooked. 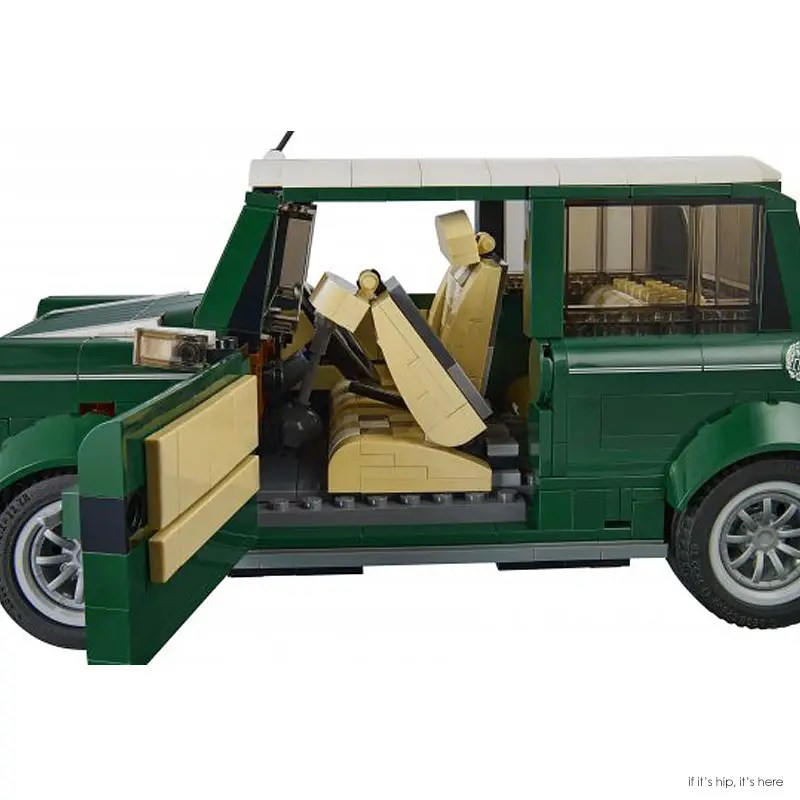 Under the bonnet, a replica of the Mini’s 4-cylinder 1.3 litre engine can be found, transversely mounted and true to the original. In addition to the moving parts, the roof of the model is detachable to reveal the detailed interior. The walnut dashboard and tan seats with a checkerboard pattern go the extra mile in design. 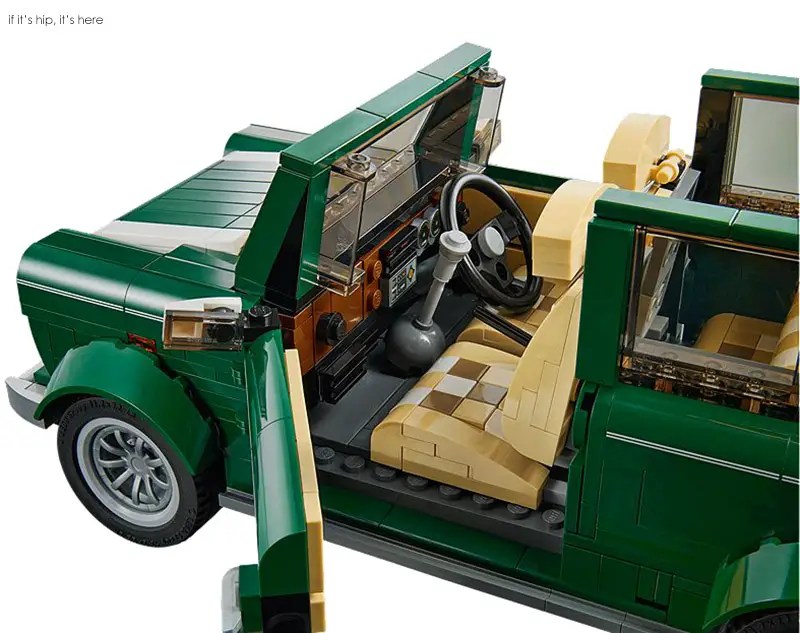 More surprises await in the boot for anyone who wouldn’t mind a relaxing cruise into the country. A full picnic basket, bottle and a chequered rug are stowed, and to take care of every eventuality, a spare wheel can be found tucked away in a space-saving compartment under the base of the boot. The array of authentic features is what makes this model such a joy to build. Some of the elements, most notably the wheel arches, have never been created in this colour before. Additionally, the twin white stripes running down the side of the Mini feature elements that until now have never been printed on. This replica classic Mini is a must-have for MINIacs and LEGO fans alike.

Complex sets like this aren’t just for kids, so whether you’ve got a tot or not, getting your hands on this miniature Mini in its many wonderful elements should be a no-brainer. You can download the building instructions with visuals as a pdf here.

Jewelry That Grows On You. The Incredible Landscape Jewelry of Sarah Hood.