Bill Murray: a story of distance, size and sincerity

Artists love Bill. We know this from the many tribute exhibits made for the artist such as The Murray Affair. 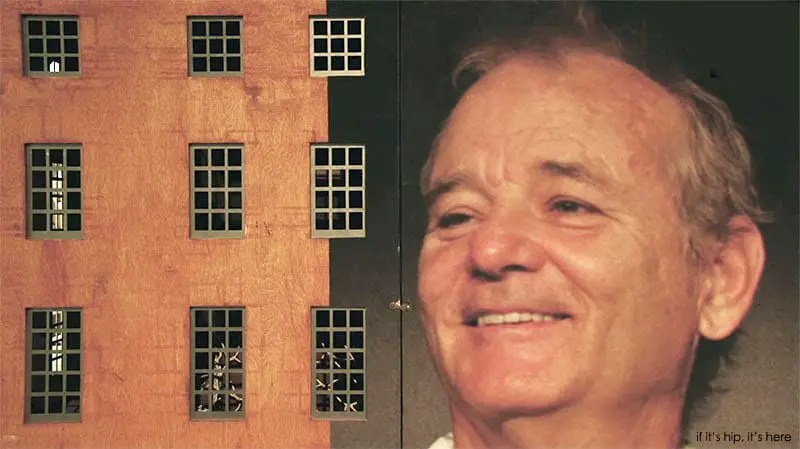 A complex assemblage of these architectural models, light, everyday objects and a documented performance of Bill Murray creates a metaphysical adventure story and a fantasy caricature complete with whisky minibar, grand piano and helicopter. 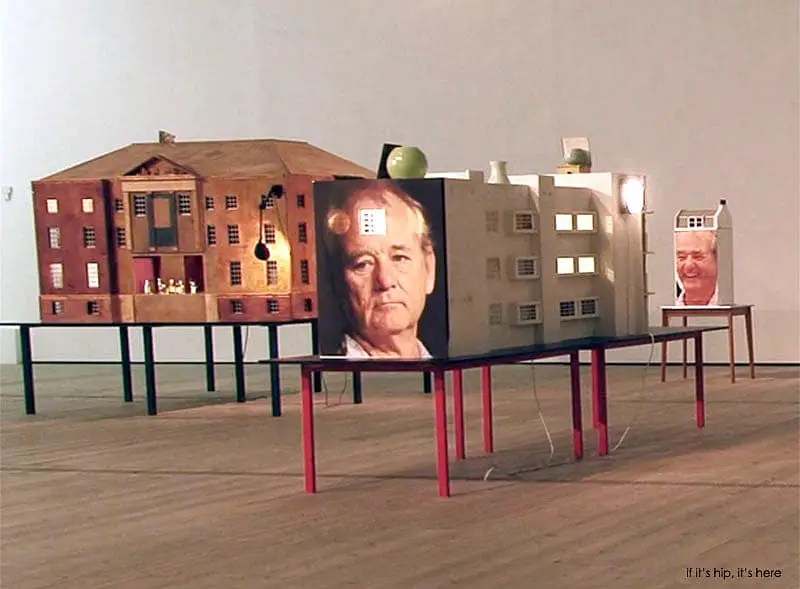 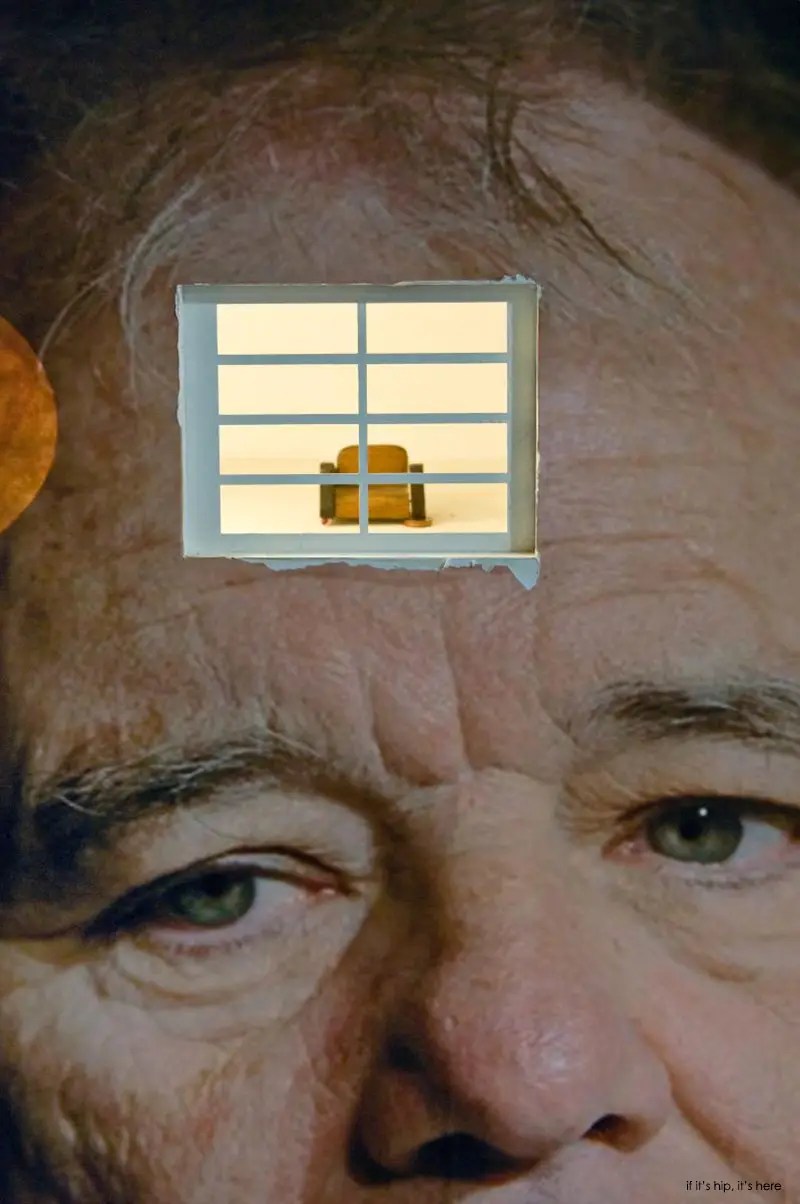 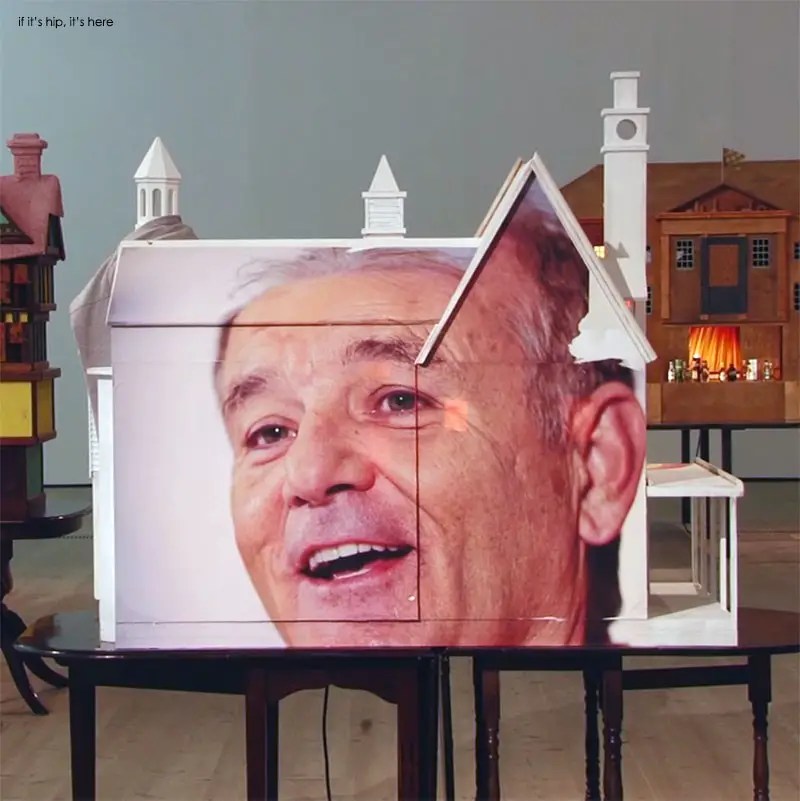 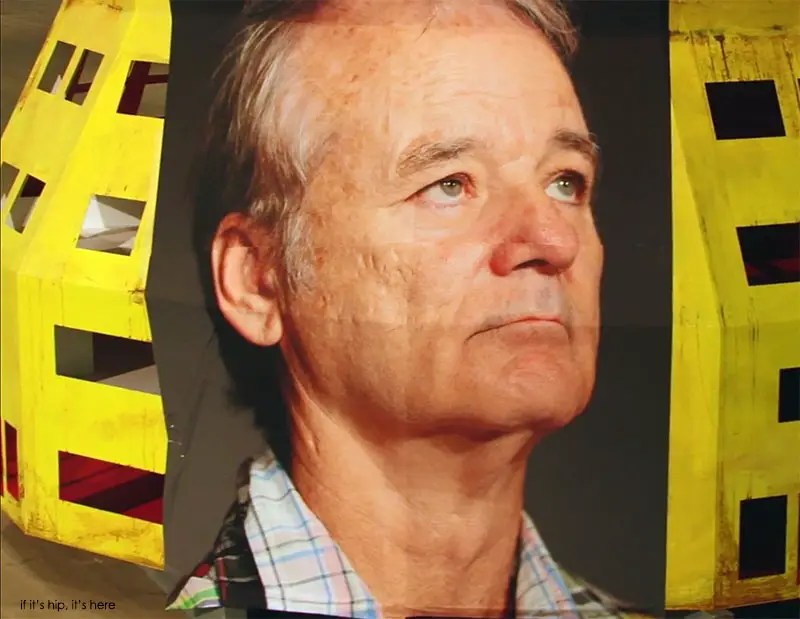 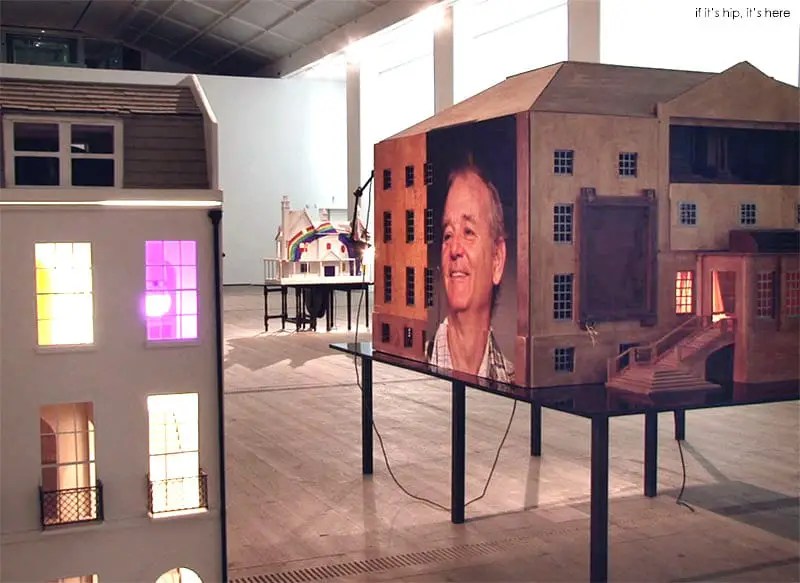 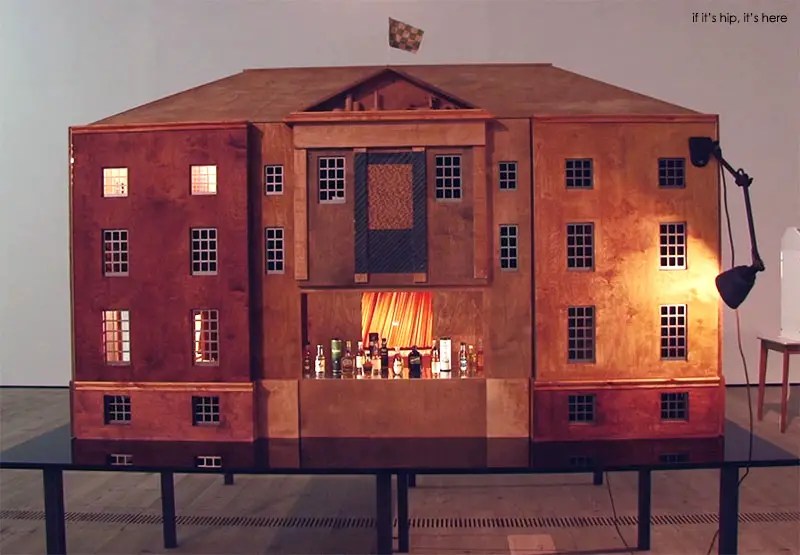 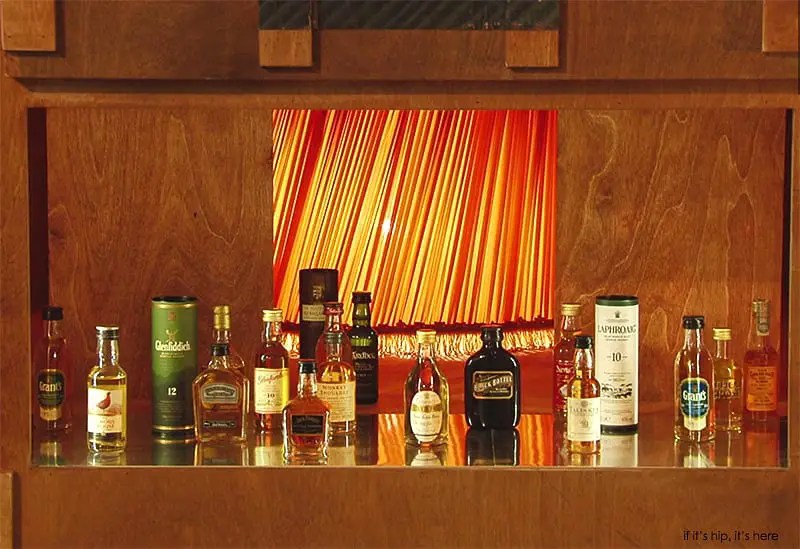 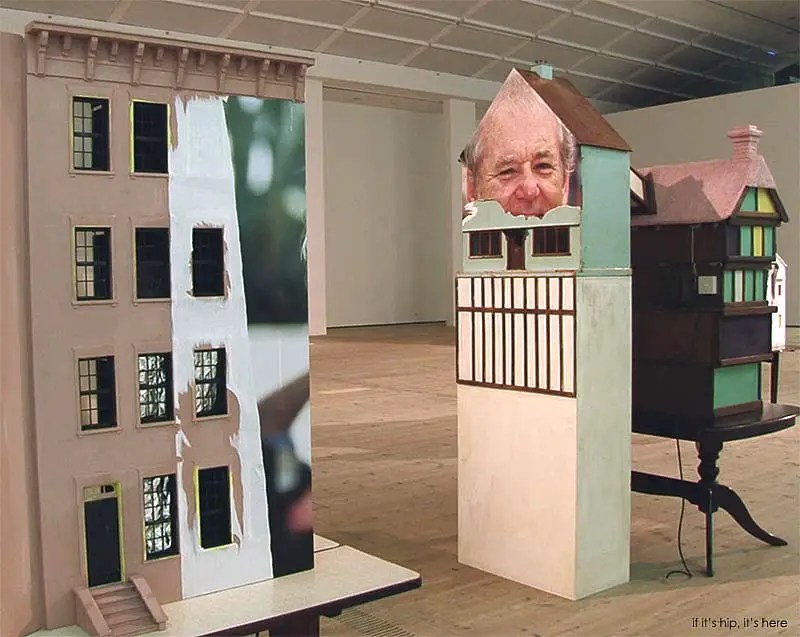 BILL MURRAY: a story of distance, size and sincerity is an exhibition that enjoys and considers the effects of small, miniature, big, gigantic, the scaled up and scaled down, detail and overview. It is an exhibition that questions how one experiences and measures things. It encourages comparisons and differences, instabilities and slipperiness and attempts to use exaggeration as a means of revelation. This exhibition strives for both intimacy and grandeur, to present production and consumption and hopes for imaginative flight from humble objects.

Griffiths has also reproduced an image of Bill Murray at Cannes Film Festival as a 20 metre-long banner, which will appear on BALTIC’s north facade for the duration of the exhibition, playing once more with degrees of scale. 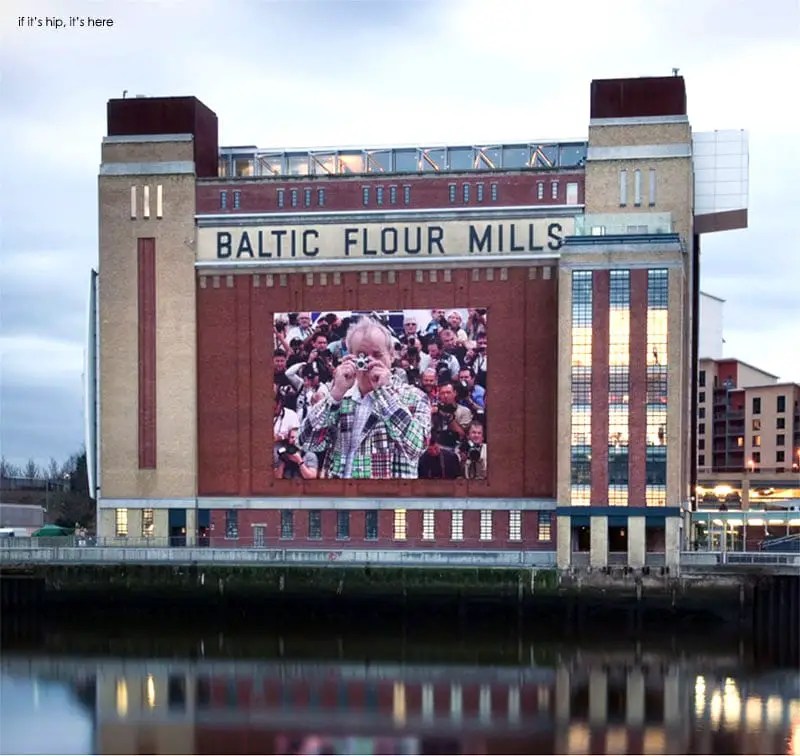 “It is a fantasy landscape,” said Griffiths, whose oeuvre features sculptures and installations with both found and made objects. “I would call it a metaphysical adventure story with Bill. For me, Bill is an object in the show and an image in the show. He has to some extent become my leading man.” 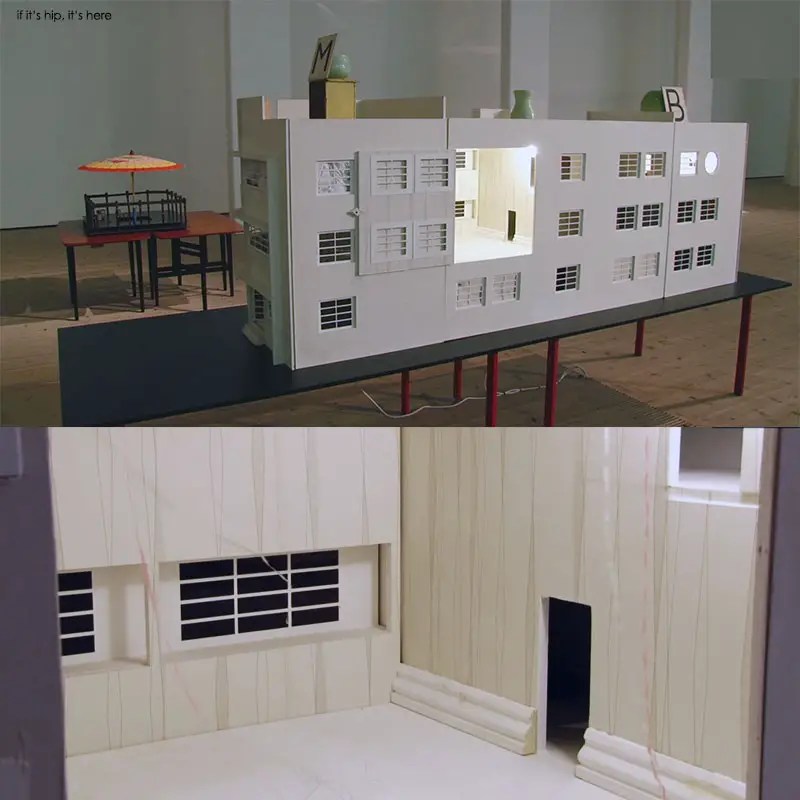 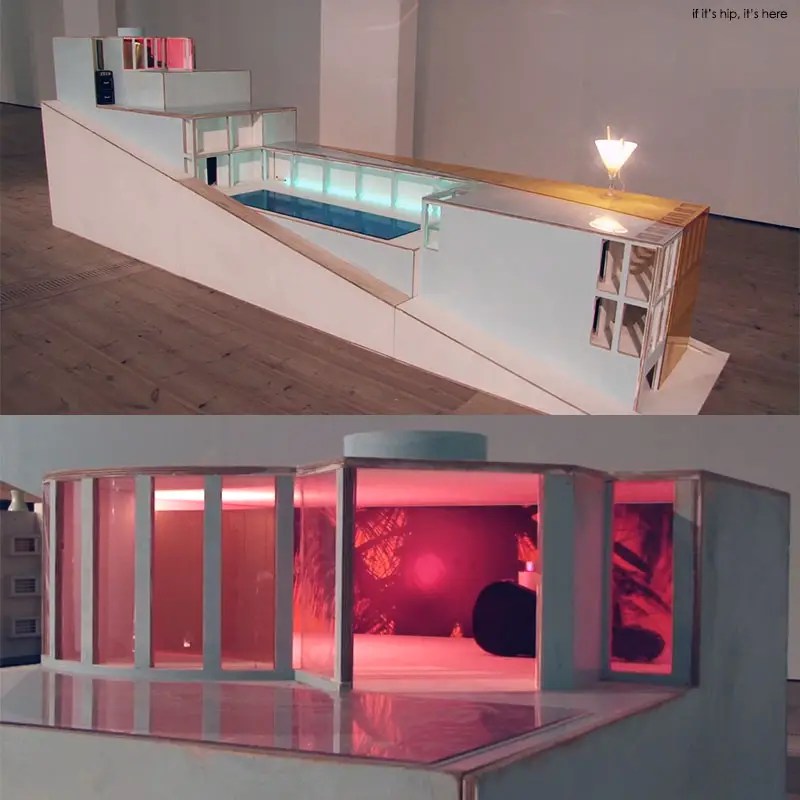 Since the early 1990s Brian Griffiths has been making sculptures and installations with overblown theatricality and pathos. He uses found and made objects to consider our complex relationships with the material and social world; how we use objects to make meaning, to make and re-make ourselves, to organise our anxieties and affections, to sublimate our fears and shape our fantasies.

Bill Murray is always authentic. He is consistently ‘BILL MURRAY’. His singularity breaks into irreducible ambiguities and contradictions – Bill the global superstar, the guy-next-door, anti-brand brand, irrepressible lothario, dignified clown and droll philosopher. This exhibition takes these and many other characteristics as an approach, turning them into a fantasy caricature and a poetic tableau of scaled down architecture and collections.

The exhibit is showing at the BALTIC Centre for Contemporary Art from November 20 – February 28, 2016

New York People, Places and Things Made With Cut Up MetroCards by Nina Boesch.

Karl Lagerfeld’s New Site Is A Look Inside The World of The Legendary Designer and Much More.