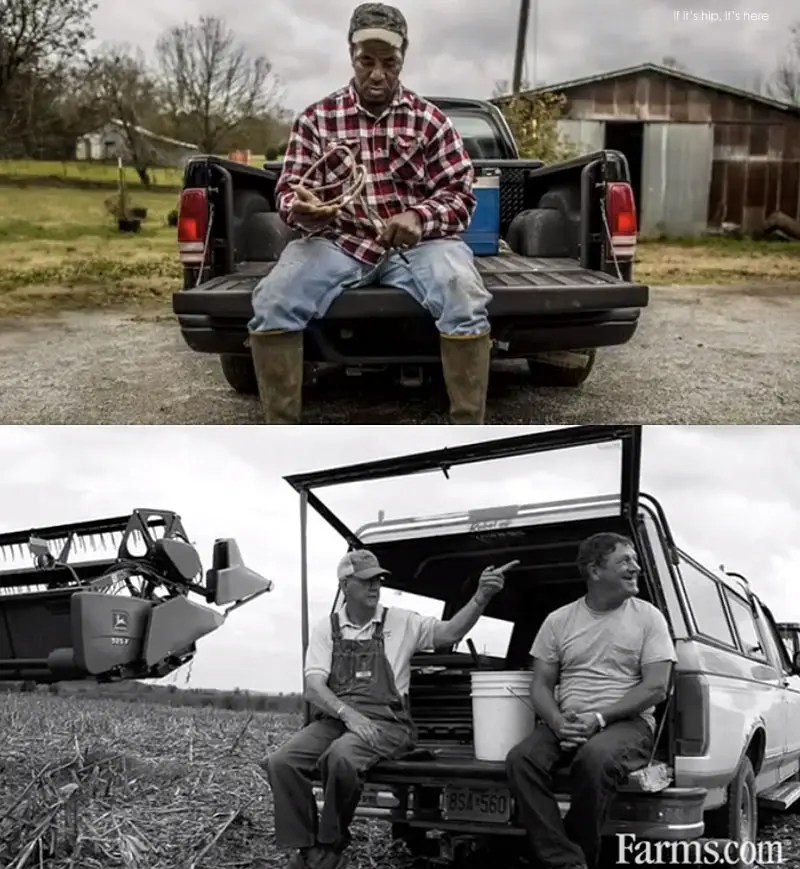 One of the most memorable spots on yesterday’s Super Bowl – and one that has made it on most reviewers “Best Spots of the Super Bowl” lists – is also one which has been stirring up some controversy, at least amongst the ad community. Frankly, anyone outside of the advertising business could not care less, so I won’t be surprised if you’ve stopped reading this already. But back to the subject at hand.

You may think the uproar is because of the numerous mentions of “God” or because of the the fact that some feel Farming has radically changed since Paul Harvey gave the speech used as the voice over at the National FFA Convention in 1978, but it’s actually the spots’ originality which has been questioned. I wanted to clear up a few things regarding that as well bring some credit the well-deserving photographers whose work was used in the ad.

Created by the Richards Group, the two minute spot with the Paul Harvey voiceover is an updated version of a concept originally seen in a video for Farms.com.

But let it be known that Farms.com has made a point of publicly supporting the ad with both tweets and this new description under their own video on You Tube: As well as including this info in a hovering window atop the You Tube video: While it’s not the first Super Bowl commercial to have been inspired by a previous one, nor the first to take an already produced idea and make it far superior in terms of production quality, both The Richards Group and Farms.com – as well as the Chrysler brand – are to be commended for creating and running an ad that was powerful in its quietude and a refreshing change from the fast-paced, noisy, special effects ads that dominated most of the broadcast.

The Photos and Photographers
Whether or not you feel the ad was derivative, one thing that is not debatable is the incredibly stunning imagery in the ad and it is those photographers whose work I want to bring to your attention.

Creatives from The Richards Group who worked on the spot include Creative Directors Jimmy Bonner and Rob Baker and Freelance art buyer/ producer Deb Grisham.

Addendum: If it wasn’t already clear, the Dodge Ram Farmer ad by The Richards Group also stands as a testament to the importance of production values and having people in charge with taste. Creatives, Account Staff, Producers and most importantly, a client, that understand the impact of visuals in addition to the content and copy (and sometimes the need to spend a little more) can make all the difference. Imagine if they’d simply run the Farms.com version.

UPDATE: For every view, download or share of “Farmer” located on the brand’s website at www.ramtrucks.com/keepplowing, Ram will make a donation to FFA. Funds raised will go to local FFA chapters for student programs geared toward fighting hunger in communities across the country.

All 12 Months of the 2016 Pirelli Calendar by Annie Leibovitz.