you are here: if it's hip, it's here » art » mosaics » Artist Eric Daigh Sticks It To Us With His Pushpin Portraits 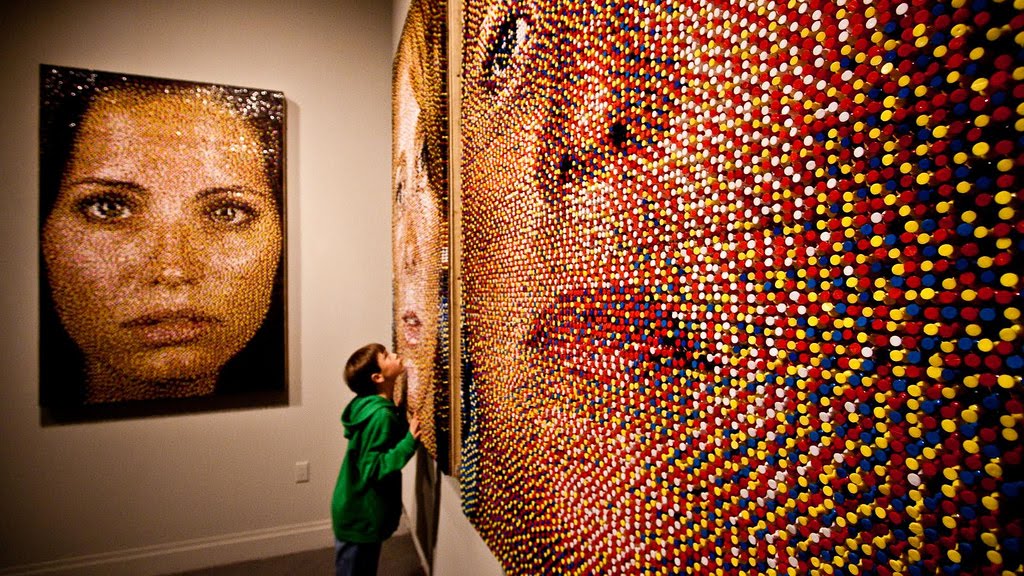 Born in California and now residing in Northern Michigan, 33 year old husband, father and artist Eric Daigh creates portraits by putting ordinary pushpins in posterboard. Daigh uses blue, red, white, yellow and black push pins (he sprays green pushpins black since there are no black pushpins) to create his masterpieces. Each portrait requires about 11,000 pushpins which Daigh applies by one at a time. 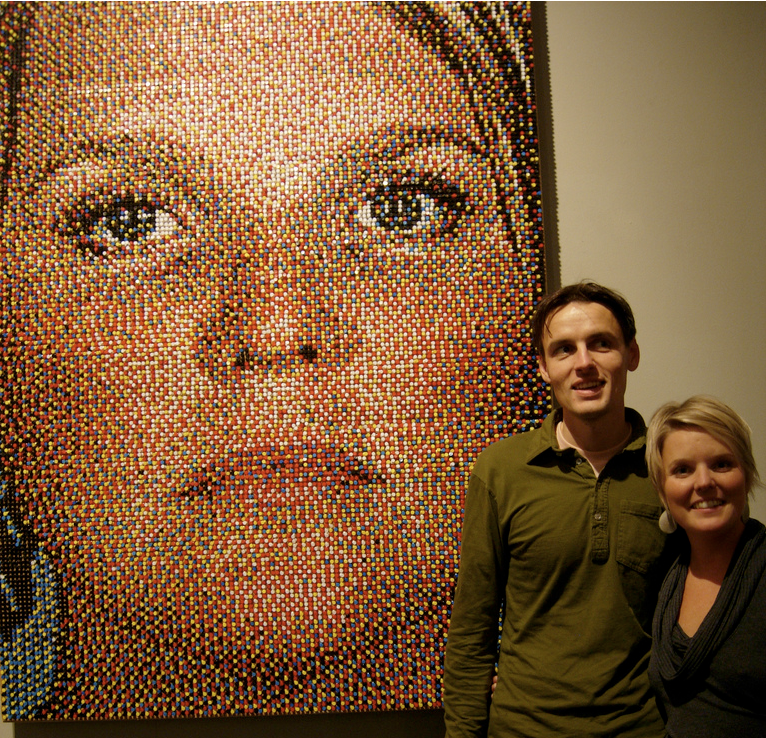 above: Eric and his wife Meghan, whose portrait he’s created with pushpins four times.

His work took third place (and $50,000) in the Grand Rapids, Michigan 2009 ArtPrize Exhibition, has been featured on CBS this morning, was in the 2009 Communication Arts Illustration Annual and he holds the Guinness World Record for the largest pushpin mural. 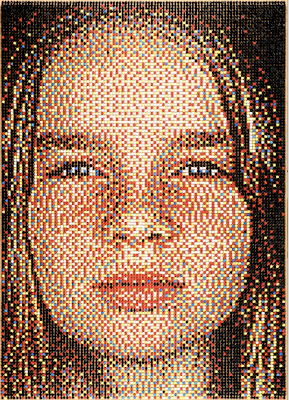 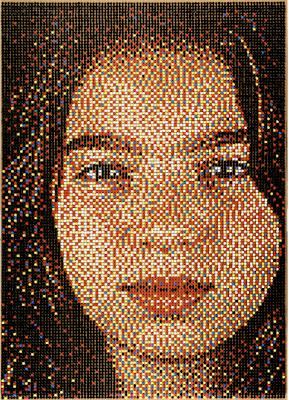 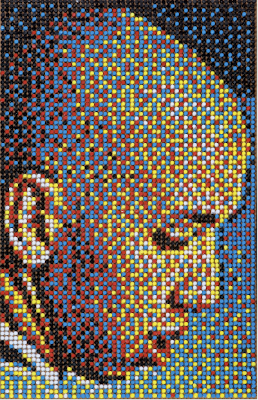 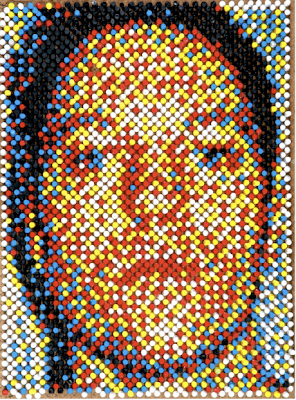 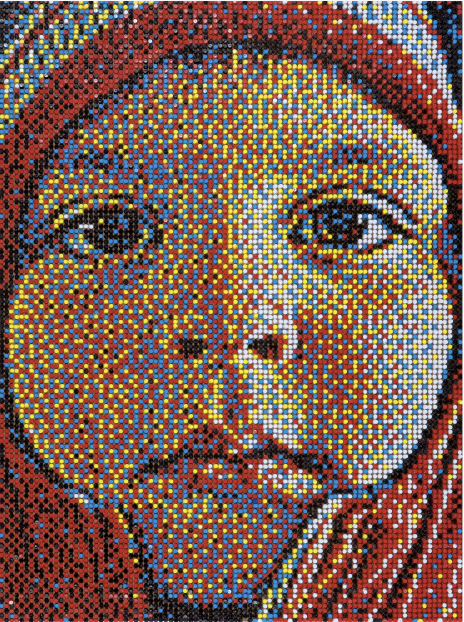 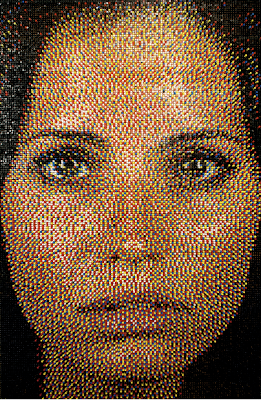 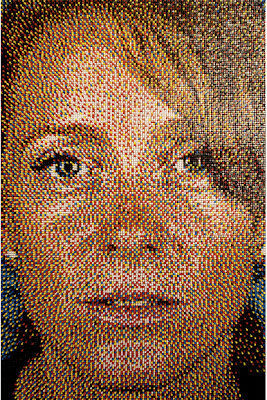 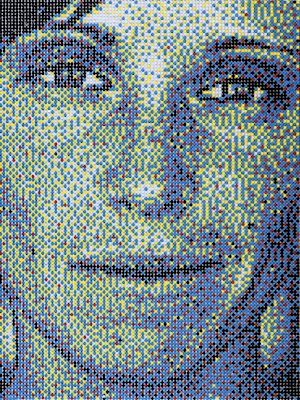 Portraits of Meghan, the artists’ wife:

Now, close-ups of each of the above portraits of Meghan. 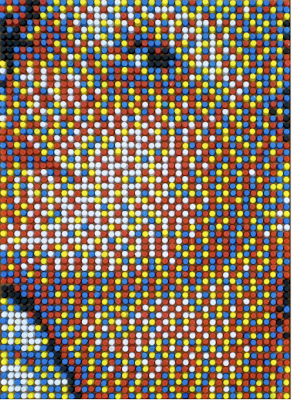 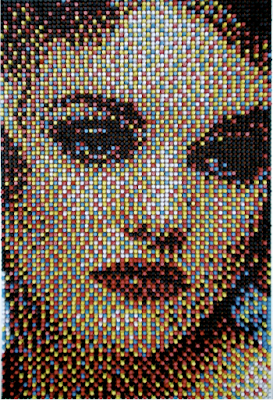 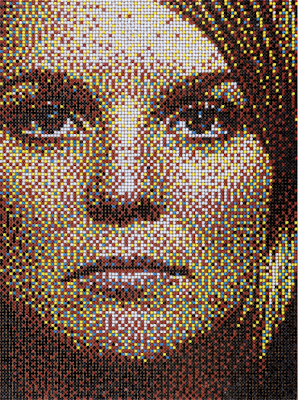 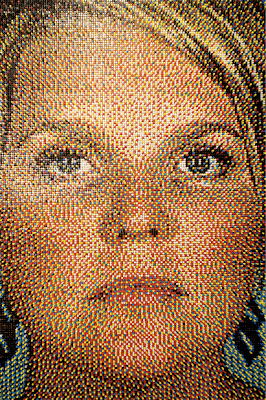 Self Portrait I and Self-portrait II: 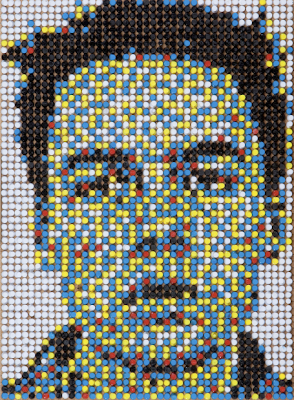 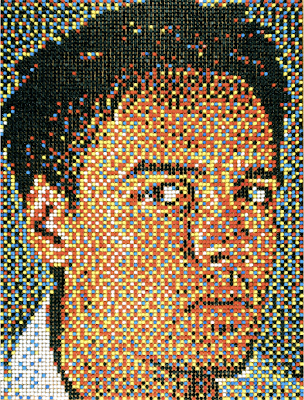 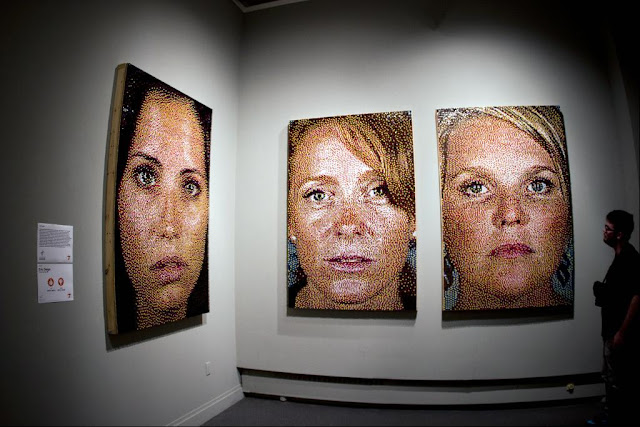 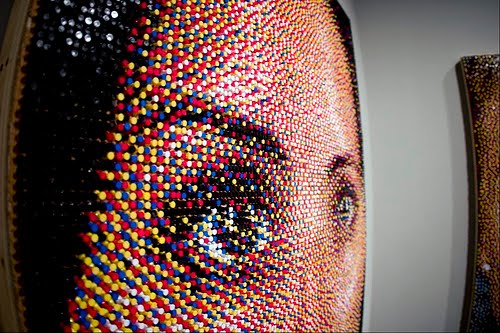 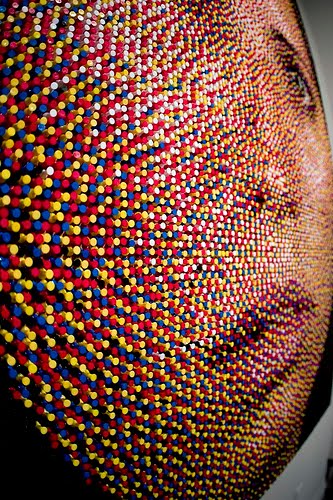 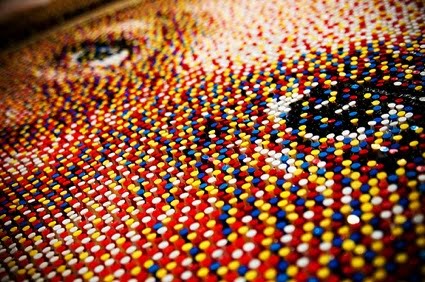 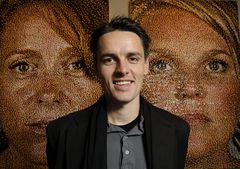 above: the artist in front of his work (photo by T.J. Hamilton)

A special thanks to the following folks on flickr for additional images:
Rich Evenhouse
Nancy Rae
Numstead
Pairadocs