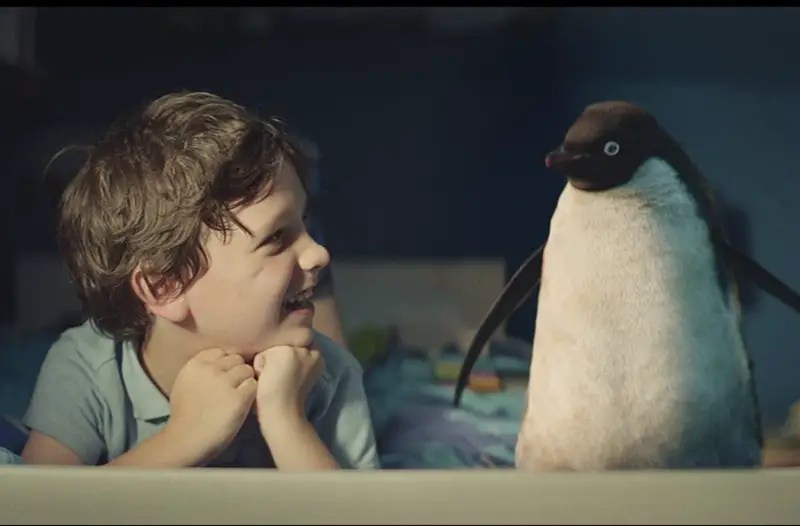 Monty The Penguin for John Lewis 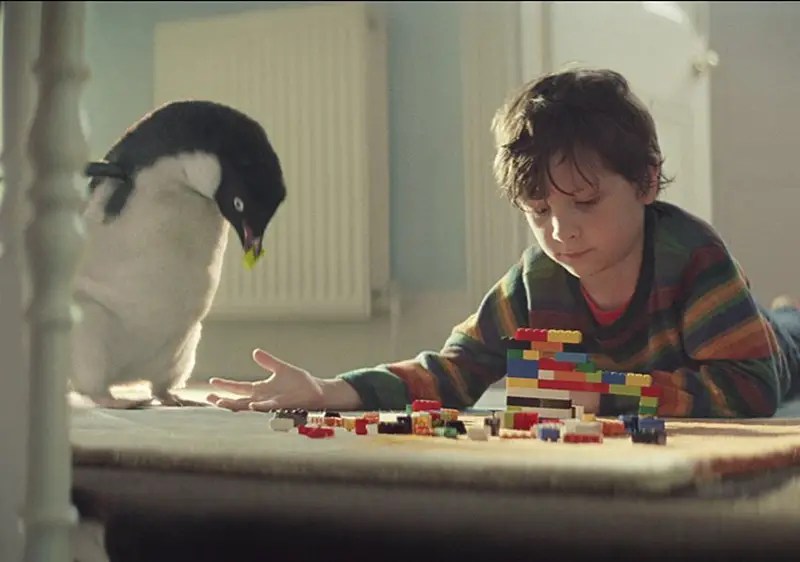 Directed by Dougal Wilson the ad, by Adam & Eve/DDB, is perfectly produced. It’s not cloying or obvious, it’s not too cute or too creepy. Accompanied by a lovely cover of John Lennon’s “Real Love” sung by Tom Odell, it tells a sweet story of hope and a dream to which many of us (feathered or not) can relate. 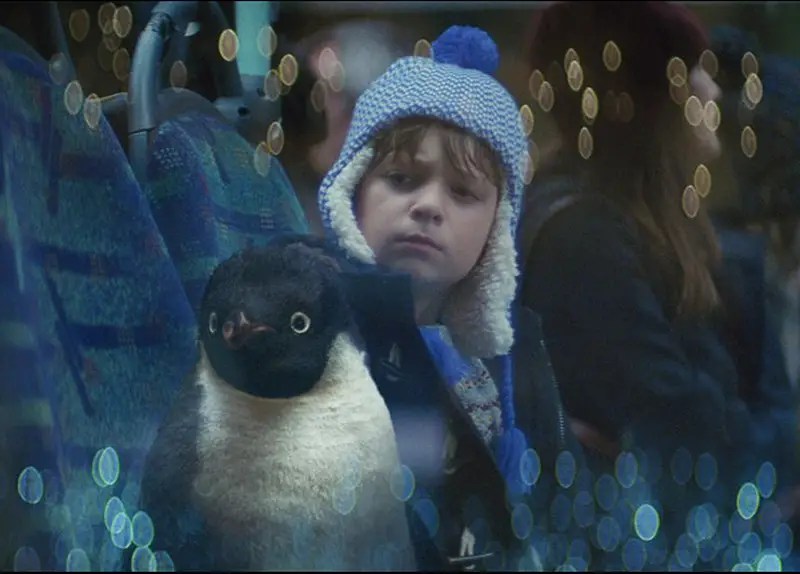 Despite a warm friendship with Sam, Monty yearns for love and companionship with his own kind. As the penguin longingly gazes as happy loving couples, we feel his loneliness and are overwhelmed with sentiment when his desires are fulfilled by being presented with Mabel (a product from John Lewis, of course) on Christmas morning. 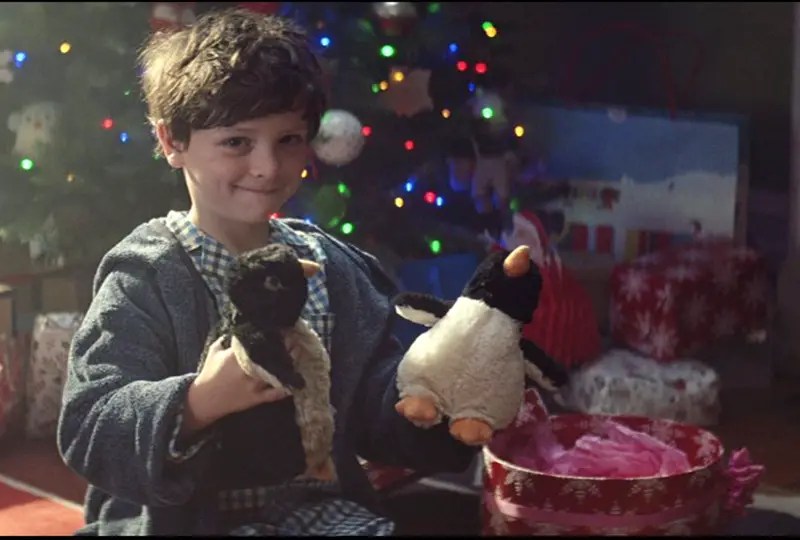 Monty was created by MPC and plays a large role in the holiday marketing for John Lewis. A selection of home goods, clothing and accessories from the department store feature Monty or Monty and Mabel. An in-store experience in partnership with Samsung allows kids to meet Monty in what they call Monty’s Den. 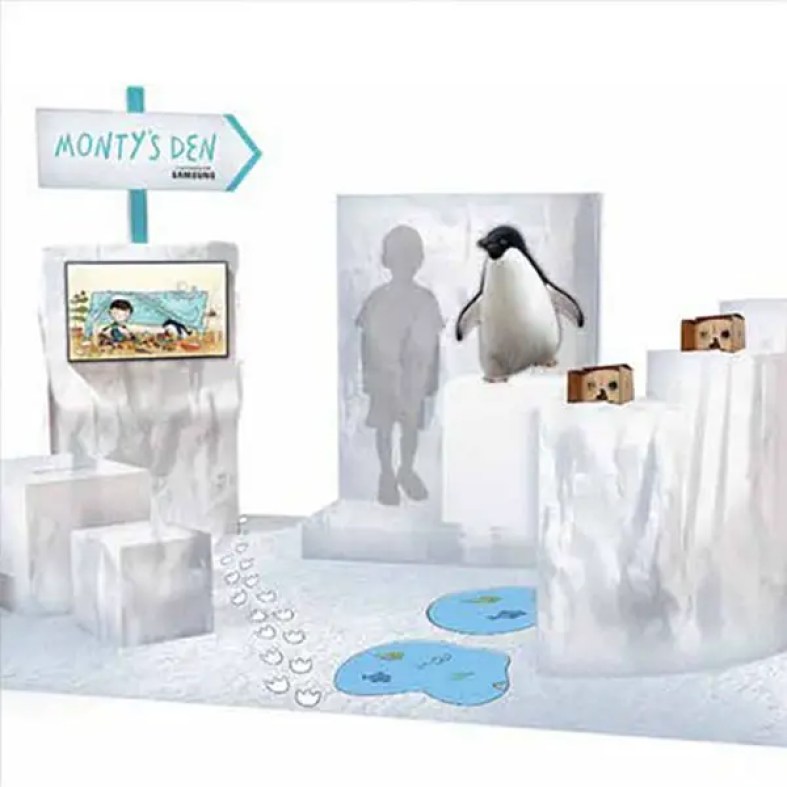 Stinkdigital partnered with adam&eveDDB to bring to life the story of ‘Monty’s Christmas’ in the immersive 360° experience using Google Cardboard. Kids can see their own favorite toys animated in 3D using Microsoft scanning technology in “Monty’s Magical Toy Machine” and interact with the characters from the ad in a virtual world with “Monty’s Goggles” 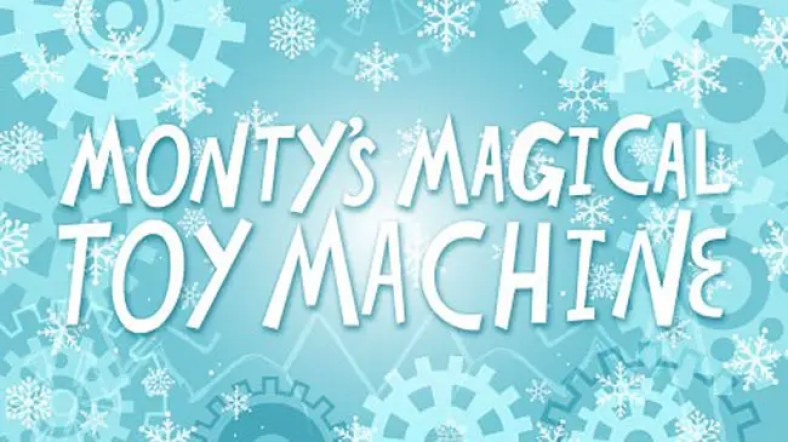 Using Google Cardboard, your smartphone is transformed into a Virtual Reality headset that transports you to a magical world where you’re invited to join Monty and Sam on a Christmas adventure. 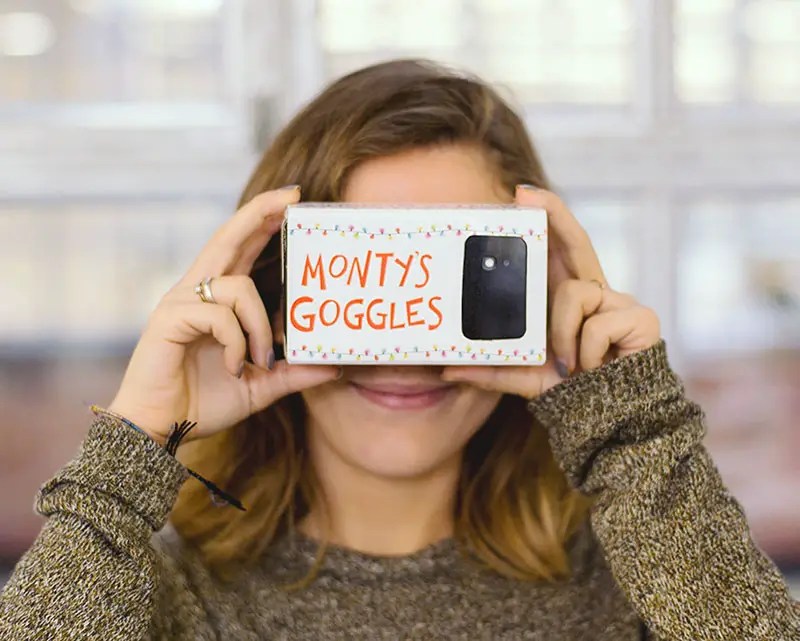 The film footage was faithfully illustrated and adapted to a children’s book format: 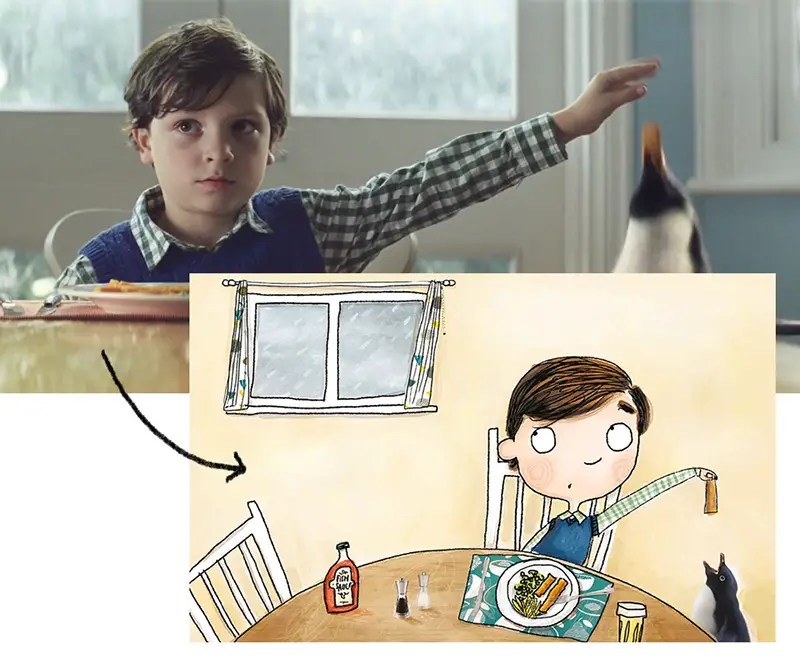 Following the real-time narrative of Monty and Sam’s story, users are placed at a center of the story and are invited to to explore each scene from the book in 360 degrees. 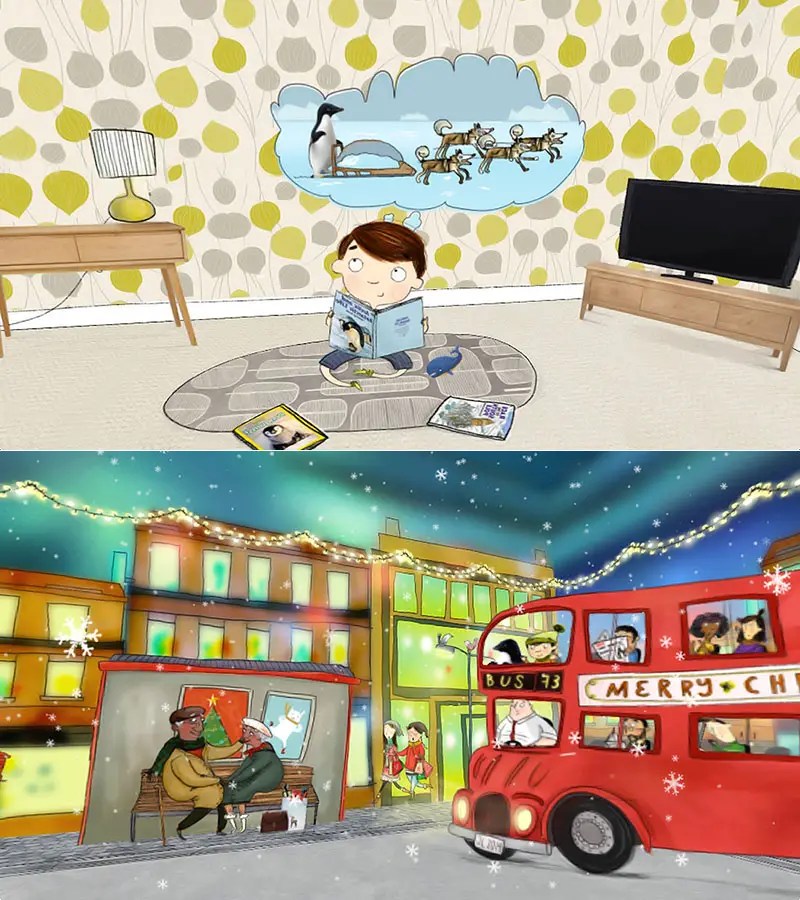 Users are also able to skip back and forward to their favorite parts of the story: They can also create their own Monty Christmas Card. During the festive season, the experience will appear in 42 John Lewis flagship stores. For those without a Google Cardboard, a simplified version was released online.

The cover version of Lennon’s “Real Love” by Tom Odell is available to download at https://smarturl.it/TORealLove?IQid=YT.JL

Thanks to Stinkdigital and John Lewis for images and information.