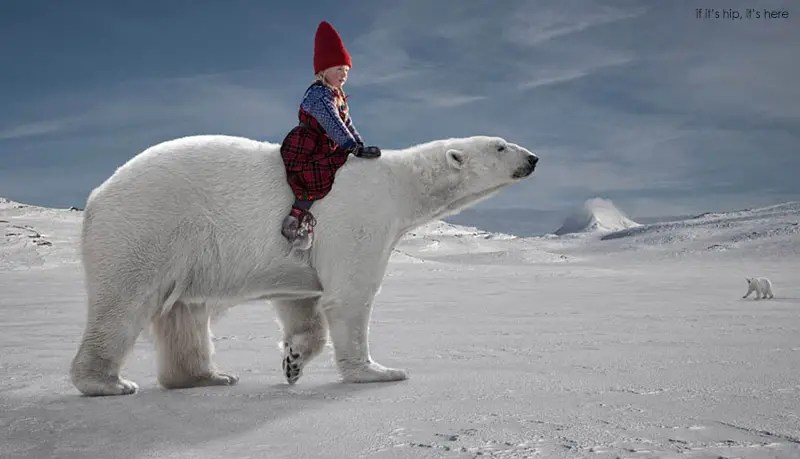 I came across these stunning winter landscapes by photographer Per Breiehagen and discovered that they began as a personal project and blossomed into an international ad campaign. And, as of 2016, a slew of products!

Winter Magic photos by Per Breiehagen In 2007 Breiehagen photographed his three year old daughter Anja, styled by his wife Lori Evert, as a traditional Nordic elf near his home in Minnesota. The images expertly and magically captured the holiday spirit for his personal Christmas cards. Encouraged by the feedback, Breiehagen embarked on a much larger project. Born and raised in Norway, his childhood had centered around the fairytales and lore that are rich in Norwegian culture. Stories of elves, trolls and other creatures have inspired his narratives, instilling a sense of magic and mystery in his imagery. “Growing up in a storytelling tradition, these mental images would always be there and certainly influenced my creativity,” he says. The first round of images went to Getty Images to be used as stock photography. Within a year, the elf girl series had been picked up by agencies in South America, Northern Europe and Asia for a variety of advertising and editorial campaigns, including AT&T. In 2010 ad agency McCann Erickson used the images for Italian baby brand Chicco‘s holiday campaign. This year, Breiehagen has worked again with McCann Erickson to shoot his daughter Anja in an exclusive set of images for the 2011 Chicco brand holiday campaign, making the sweet little elf in the red cap the icon for the brand.

above: One of the images as used on Chicco’s website.

The images can be seen on billboards, on television, in print and on their web site throughout this holiday season. (And now as dolls, ornaments and more- all at the end of the post) Breiehagen and wife Evert are now actively on the hunt for a publisher to create a Christmas book featuring these images. Anja is getting older but Breiehagen hopes her legacy as the little elf girl will continue to represent a timeless holiday spirit. 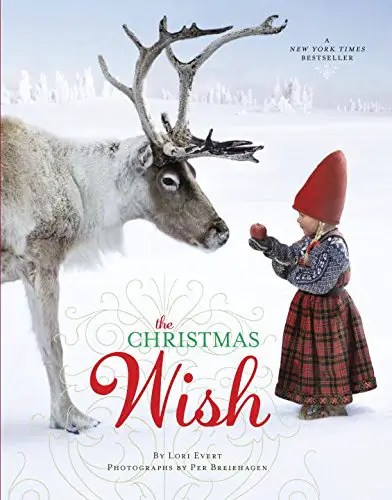 Several of these images are also available in the lovely children’s book by Lori Evert (shown above), The Christmas Wish

I have chosen my favorites from his Winter Magic Series to place in this post, to see all the shots, visit Per Breiehagen’s site.

To learn more about the props, styling and digital compositing for these beautiful images, read Jacqui Palumbo’s detailed article on this project for PDN, here.

all images courtesy of Per Breiehagen

Puppyhood: 3.5 Minutes Of Dog-Bonding That Will Melt Your Heart.

A Holiday Video for Dog Lovers From Bergdorf Goodman and the Humane Society.