` U.S. Military Tribute Paintings by Charles Kapsner - If It's Hip, It's Here
Skip to content Looking To The Past: The Veterans Educational Historic Project (as it is formally named) is a project comprised of five color murals, each measuring 8′ x 10′, that will be on permanent display in the cemetery’s Committal Hall. 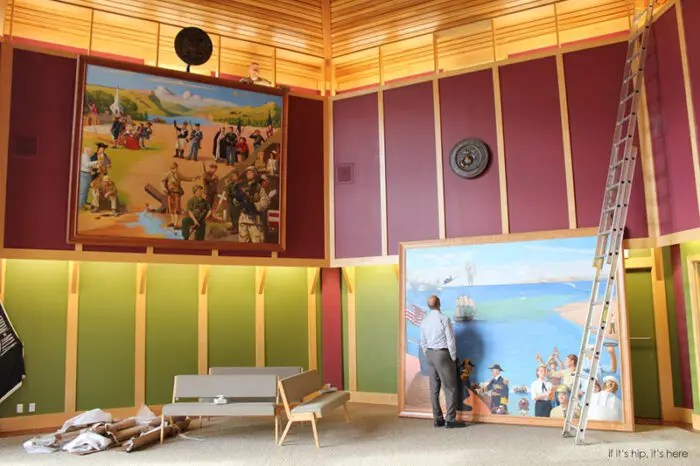 As of May 2015, The Army and Navy paintings are completed and hung, the Coast Guard is just about finished, the Air Force has been sketched, with the Marine Corps as the last to go.

The individual paintings tell the story of each branch — origins, fundamentals and historical impact — and highlight significant activities and events. The compositions intertwine historical and contemporary military matters, and the cross-generational imagery brings to life the story of our brave, skillful and selfless military men and women and represents their achievements, contributions and sacrifices.

“These paintings pay tribute to the men and women of the service,” Kapsner said. “They show how they served and why they served. They’re not about all the military hardware. I want to talk to people and allow their stories to be told.”

The paintings hang in the cemetery’s Committal Hall to represent all who served, commemorating their sacrifices in all wars, rather than eulogizing a particular war. Beyond being a memorial to our nation’s fighting men and women, the paintings will serve as an educational tool to help future generations understand our history and the vital role our military plays in maintaining our freedom and democracy.

While the physical location is on the Mississippi River in central Minnesota, it is a project that encompasses imagery, the stories, the faces and the sacrifices of servicemen and women all across the Nation, and is in honor of them, and you. 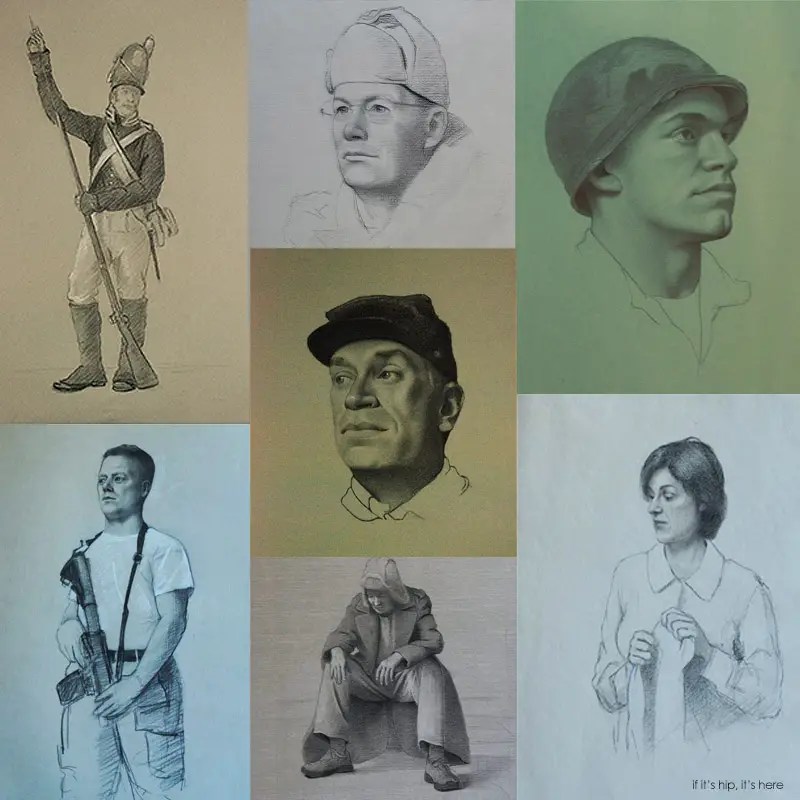 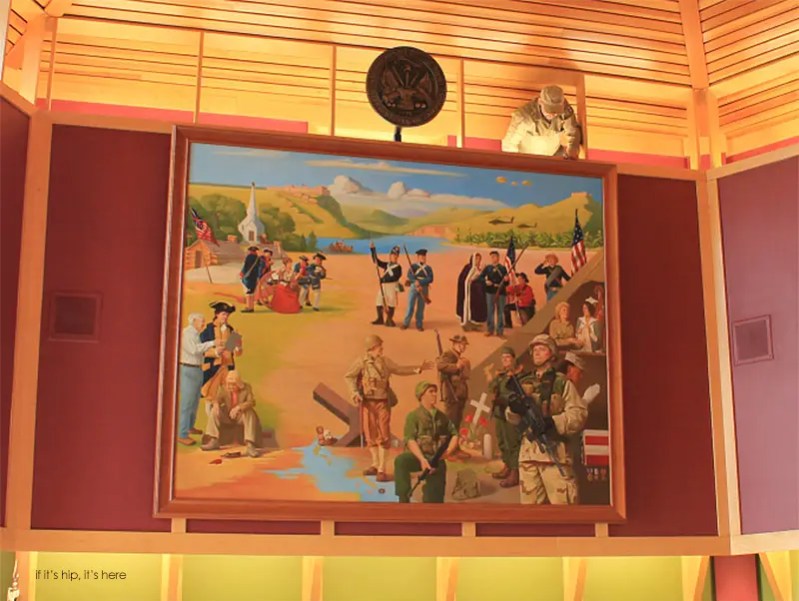 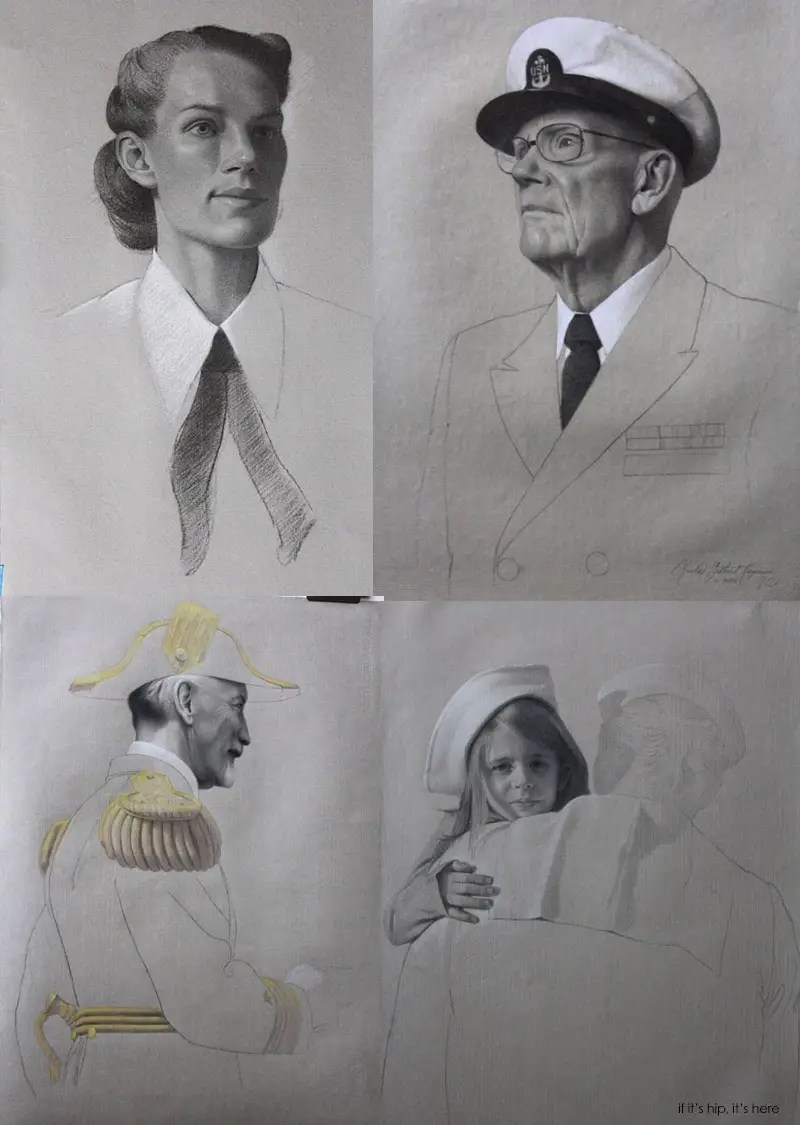 The Navy Painting (in progress) 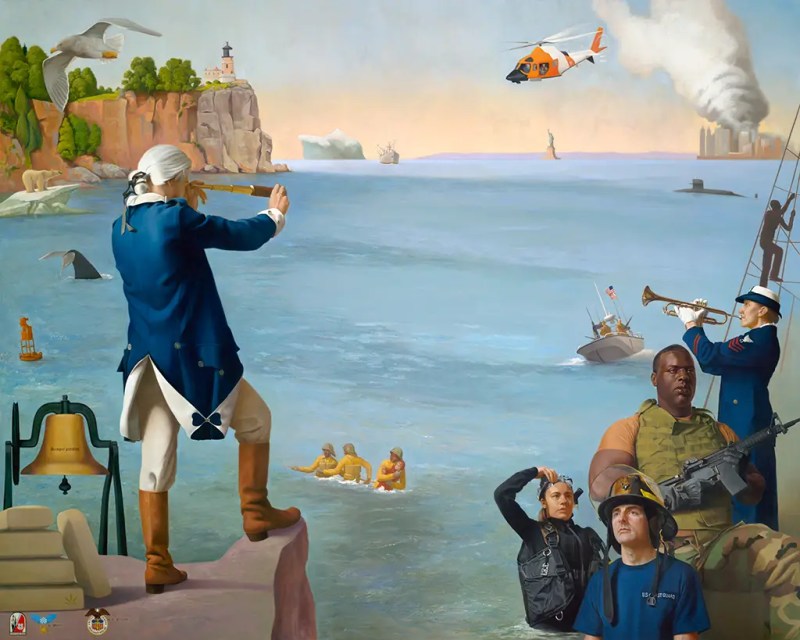 The Coast Guard Painting (the artist in front of the piece in progress as of May, 2015) 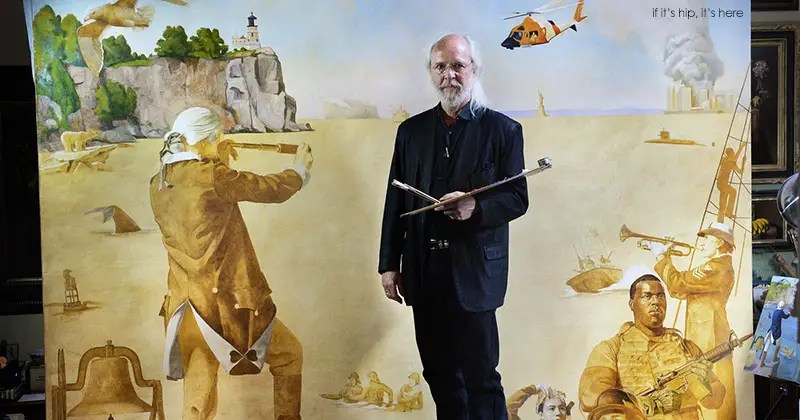 above: Each major figure painted in the work is created from painstaking model sittings and drawings. National Guard Staff Sgt. Kevin Hurt and Lauren Brady sat for their depictions. The sepia tones shown here are a starting point to which color is gradually overlayed. (Photo: Kimm Anderson, [email protected]) 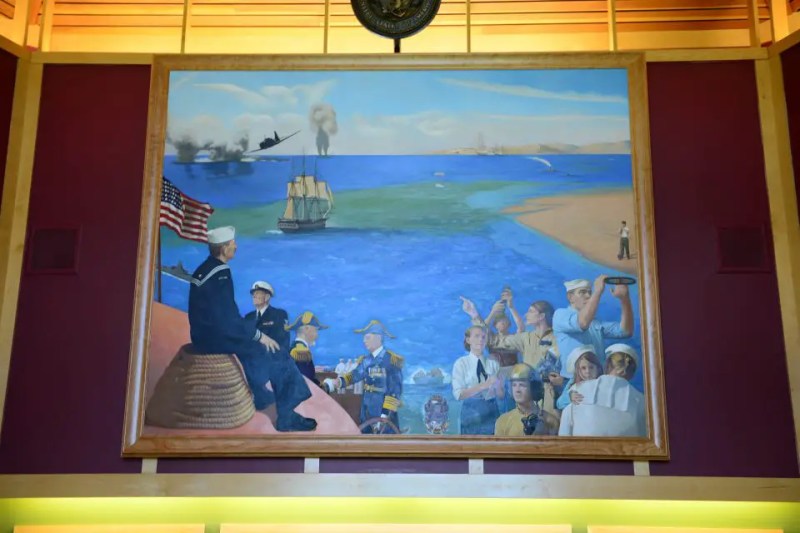 While Charles has not yet begun painting the last two, he has sketched out, in full size the Air Force one, shown below. UPDATE: The final mural has now also been completed. You can see the final project and all five paintings here

The SC Times reports that he total cost of the project is $485,000. Fundraising is ongoing. Each painting takes extensive research into the people and scenes depicted, and Kapsner uses veterans as live models while selecting period-correct clothing and other details