you are here: if it's hip, it's here » judaism » judaica » The New American Haggadah with Design and Art by Israeli Typographer Oded Ezer. 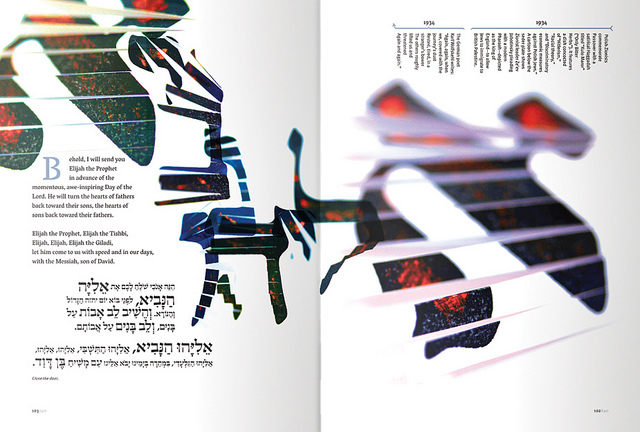 above: a sample interior spread from the New American Haggadah featuring Hebrew typography by Oded Ezer

The Jewish holiday, Passover, is soon upon us. Starting Friday night, April 6th, Jewish families and friends all over the world will gather around the Seder table, each with their Haggadah. The Haggadah recounts through prayer and song the extraordinary story of Exodus, when Moses led the ancient Israelites out of slavery in Egypt to wander the desert for 40 years before reaching the Promised Land. 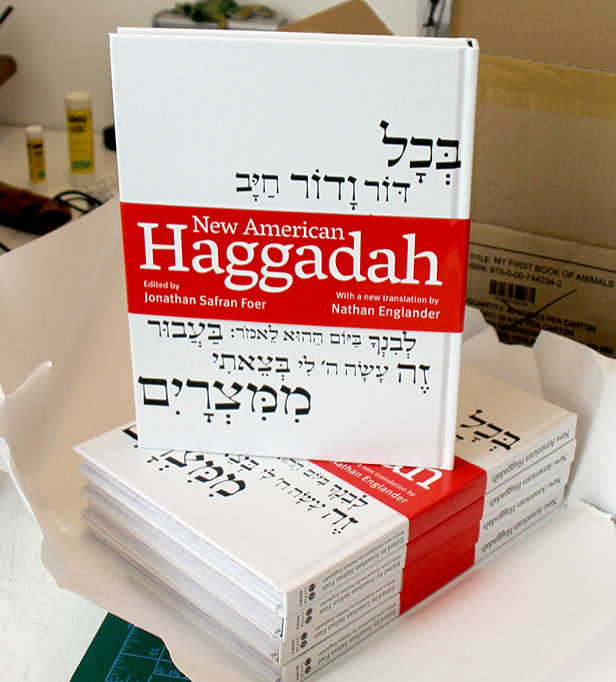 One of my favorite posts of all time is my round up of 20 modern, beautifully designed and illustrated Haggadot. This year, there’s a new one to add to the list. 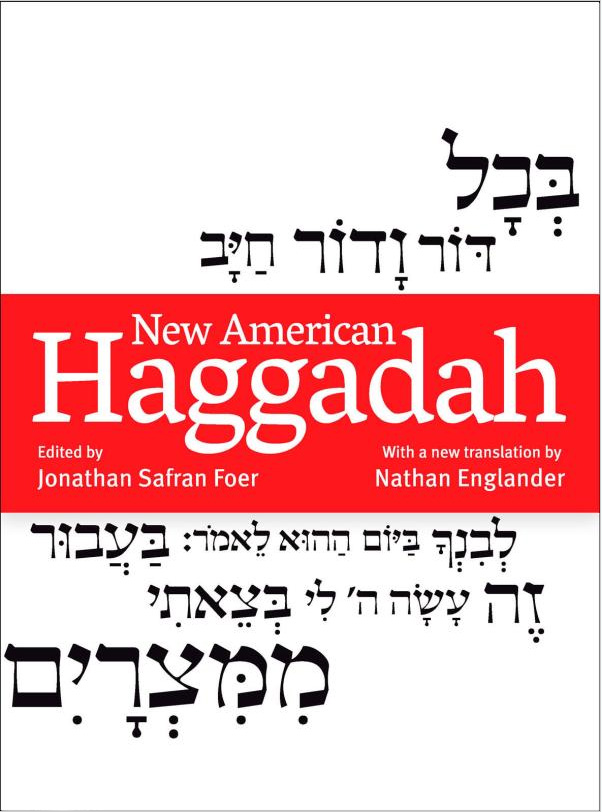 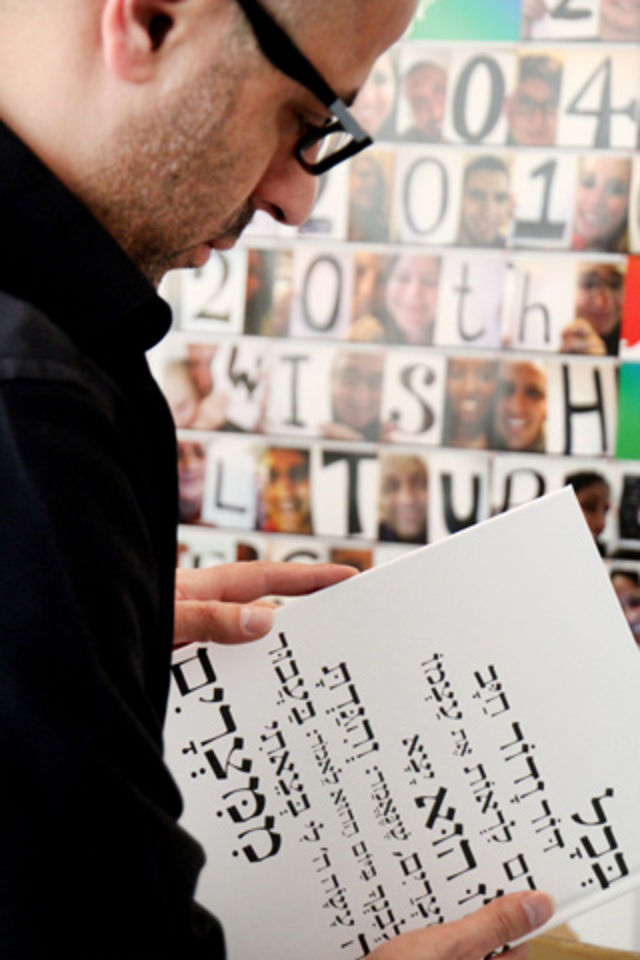 (who wrote Extremely Loud & Incredibly Close) has orchestrated a new way of experiencing and understanding one of our oldest, most timeless, and sacred stories, with a new translation of the traditional text by Nanathan Englander

and provocative commentary by a collection of major Jewish writers and thinkers. 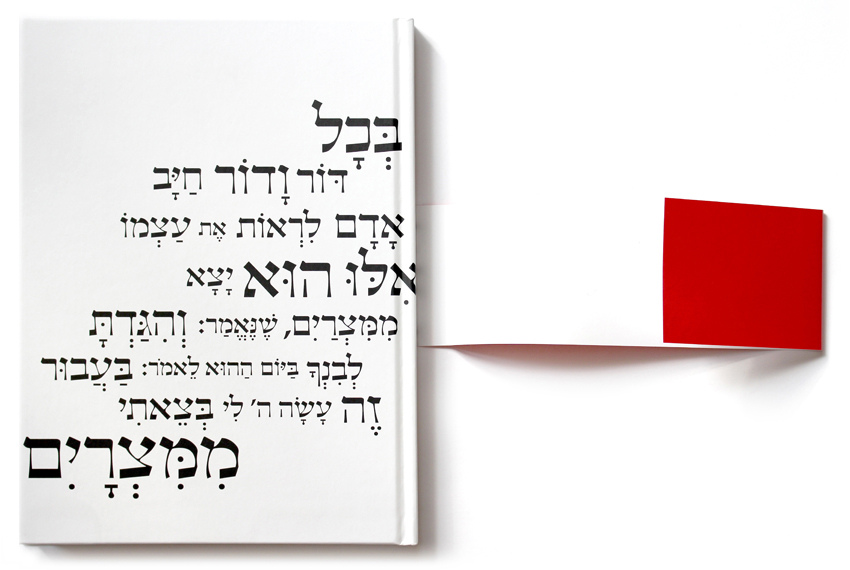 The book’s interiors are beautifully designed and illustrated by the acclaimed Israeli artist and calligrapher Oded Ezer: 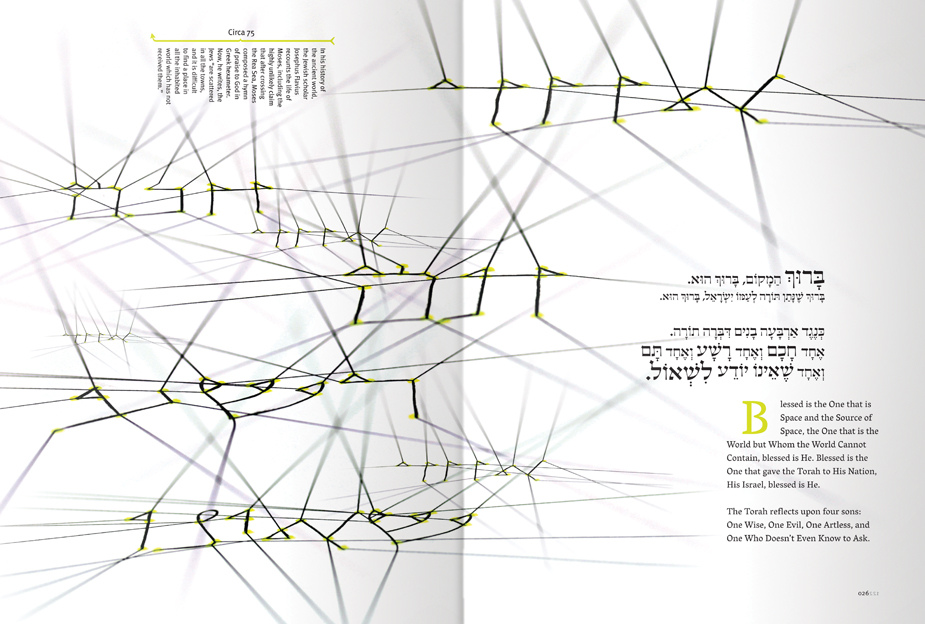 As Alex Williams reports for The New York Times “The book’s minimalist design, by Oded Ezer, looks like a catalog for a MoMA typography exhibition, and the text is rendered both vertically (for the Exodus story) and horizontally (for commentary and a timeline). In place of storybook illustrations of Moses are abstract watercolor illustrations based on Hebrew typography. ” 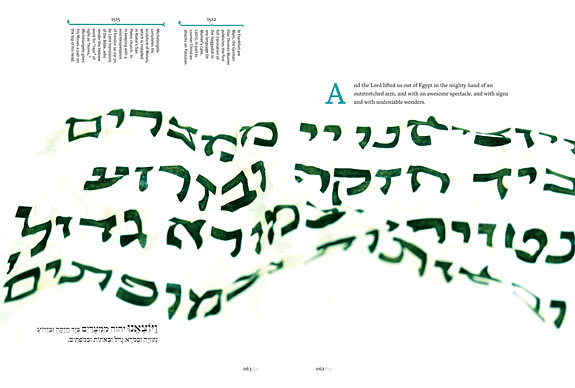 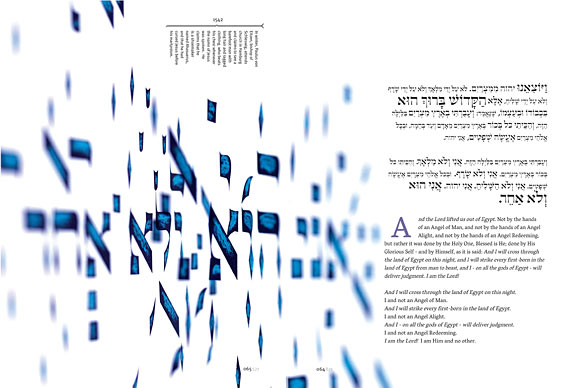 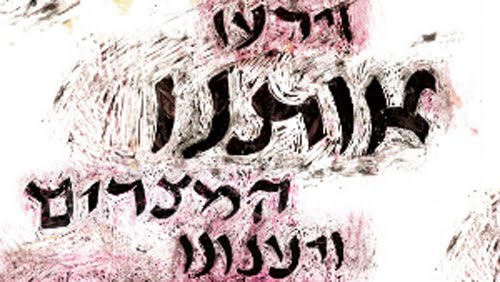 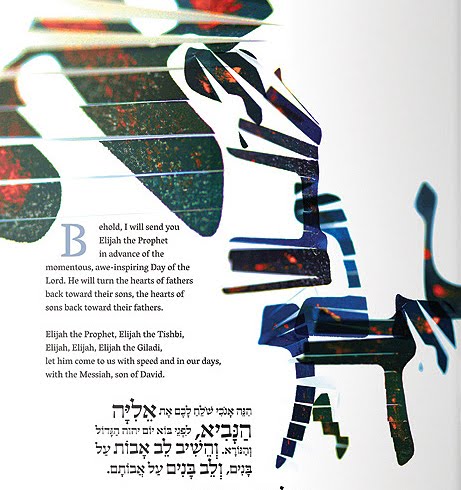 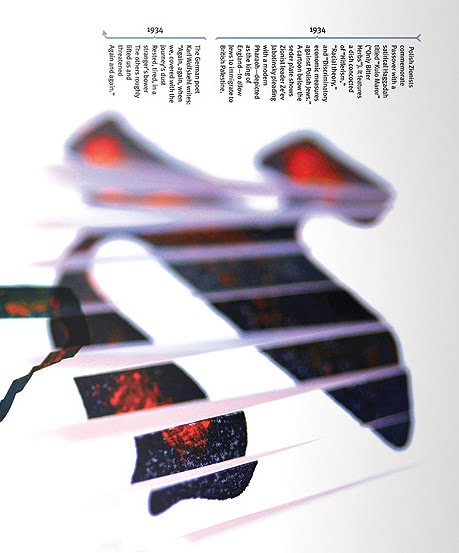 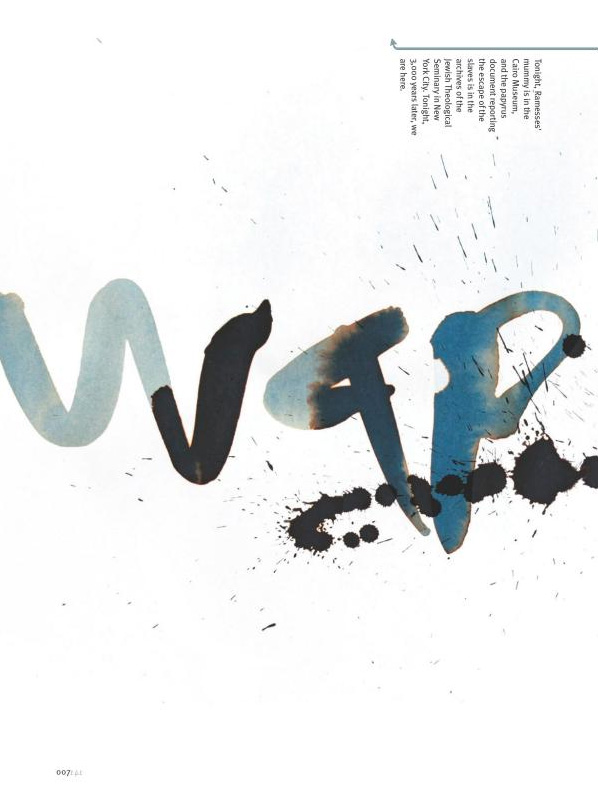 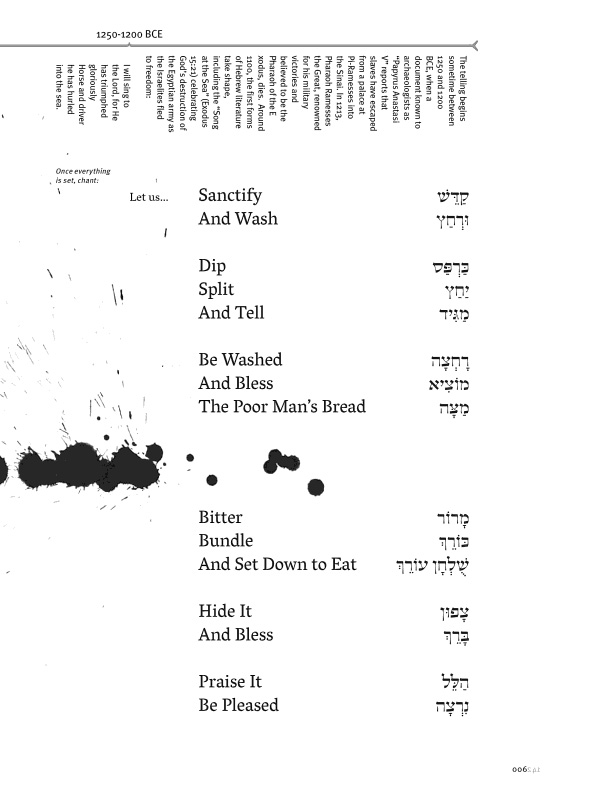 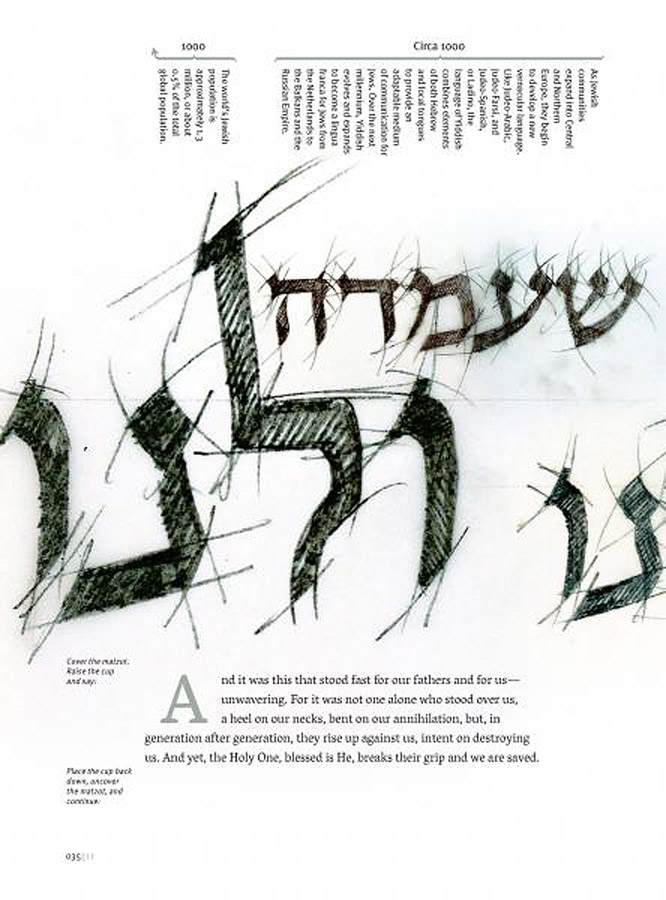 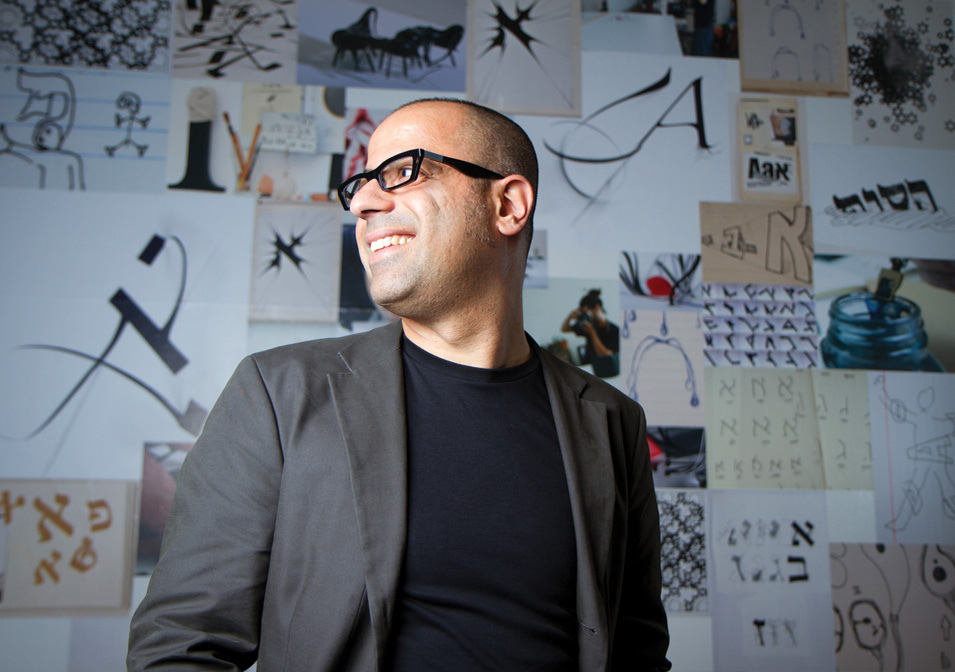 above: typographer and artist Oded Ezer is well known throughout the global design community for his work

Below is a video of Jonathan Safran Foer explaining his new Haggadah to Stephen Colbert: 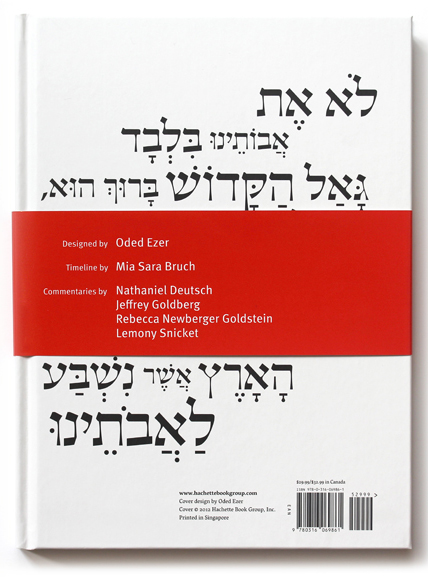 About the Authors:
Jonathan Safran Foer

is the author of Everything Is Illuminated, Extremely Loud and Incredibly Close and Eating Animals. His books have been translated into thirty-six languages. Everything Is Illuminated received a National Jewish Book Award and a Guardian First Book Award, and was made into a film by Liev Schreiber. Foer lives in Brooklyn with his wife, the novelist Nicole Krauss, and their children. 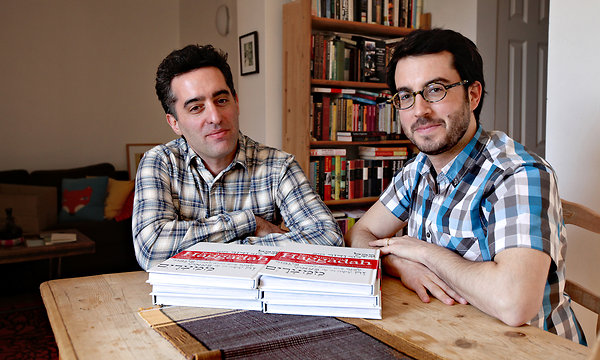 is the author of The Ministry of Special Cases and For the Relief of Unbearable Urges, which earned him a PEN/Malamud Award and the American Academy of Arts and Letters Sue Kauffman Prize. His short fiction has appeared in The Atlantic Monthly, The New Yorker, and numerous anthologies including The Best American Short Stories, The O. Henry Prize Anthology, and The Pushcart Prize. He was a Guggenheim Fellow in 2003 and a Fellow at the Dorothy and Lewis B. Cullman Center for Scholars and Writers at the New York Public Library in 2004. He lives in Manhattan.

Some reviews:
“A touching and scholarly Haggadah that offers fresh insights….what makes this Haggadah shine is the combination of commentary, design, and illustration….[it makes] us think, laugh, cry, and ask questions.” (Financial Times, Julia Neuberger )

“This Haggadah sings to more than one generation; it is glorious and rich, funny and affirming. And it reminds us of why we do Passover in the first place. This is what we’ve been waiting for.” (Writer’s Bloc Presents Andrea Grossman )

Thanks to the NY Daily News, Little, Brown & Company, Oded Ezer and the New York Times for some of the images and information. 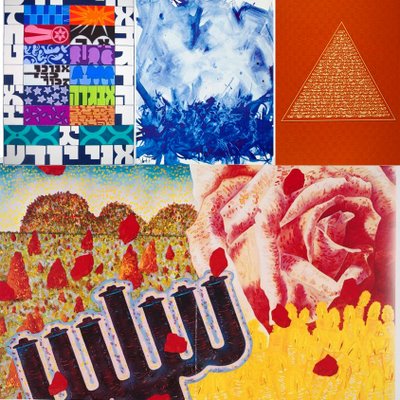 above: a few of the Modern Passover Haggadahs (or Haggadot) I featured in this past post.