` The Gluck+ California Home - If It's Hip, It's Here
Skip to content A truly beautiful home, Peter Gluck’s California House sits atop the Hollywood Hills and was designed with both the past and the future in mind. The look and style of the home was inspired by Mid-century Case Study Houses but it applies current sustainable practices such as passive cooling and heating, collecting rainwater for irrigation and using solar panels for electricity.

Built for his son, Hollywood writer, producer and director Will Gluck, the home’s upper floor is dedicated to entertaining. Everything is configured to maintain the simplicity and openness of the space whose site provided them with a difficult challenge. The steep north-facing hillside was long considered too difficult to built upon but by burying over half the house into the hillside -which keeps it passively cool and warm- they were able to create enough flat area without negatively impacting the landscape. 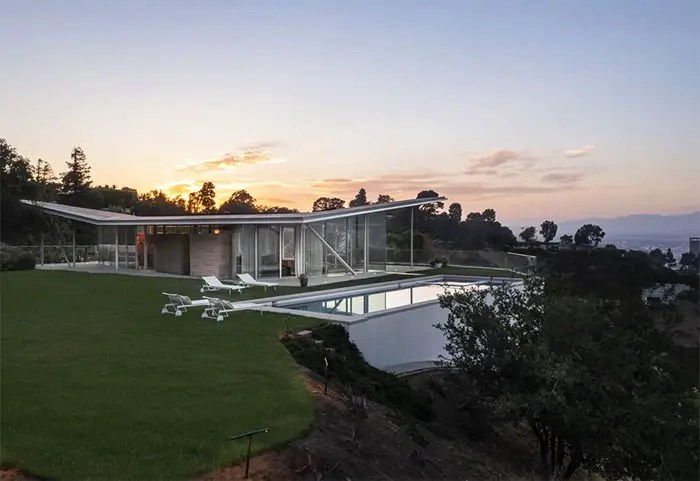 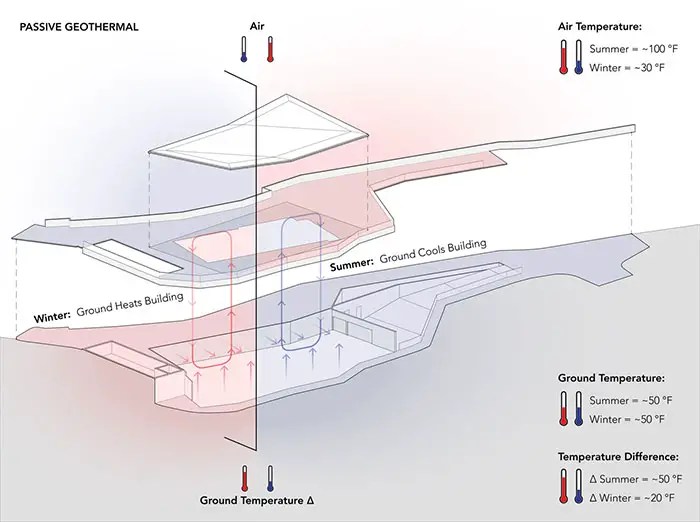 The steep north-facing hillside was long considered too difficult to built upon but by burying over half the house into the hillside -which keeps it passively cool and warm- they were able to create enough flat area without negatively impacting the landscape. 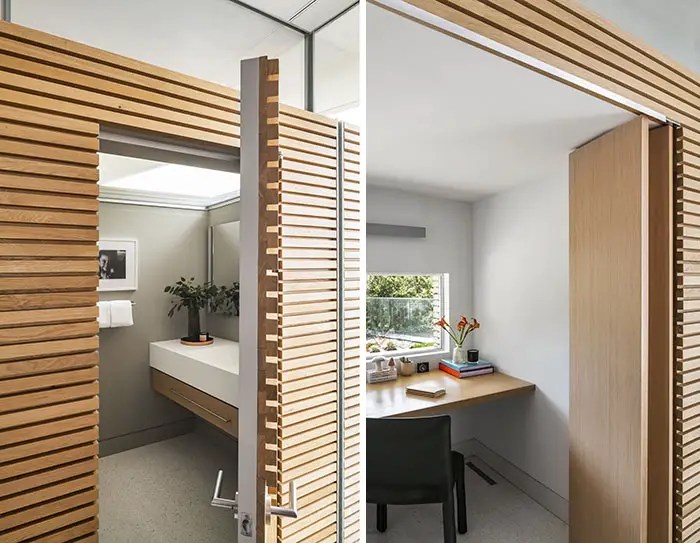 The solution separates the home into two distinct halves for different functions. The lower floor, carved into the hill with its expanse of green roof, creates private family spaces along the hillside, meant to be essentially invisible. 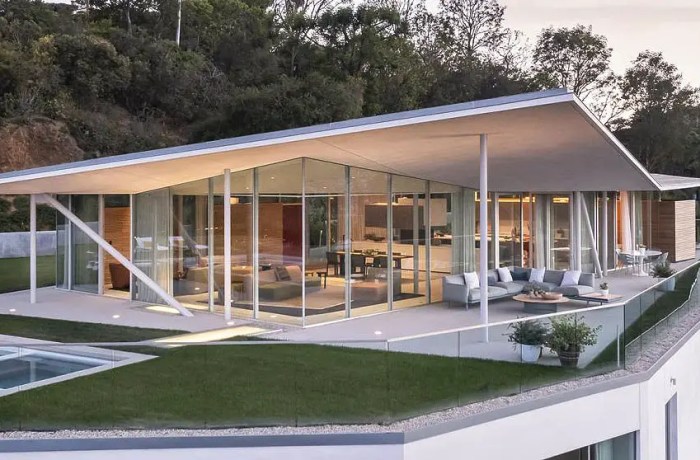 On the upper floor, a glass-sided pavilion creates a loft-like space for the communal activities of living, cooking, dining, and entertaining. 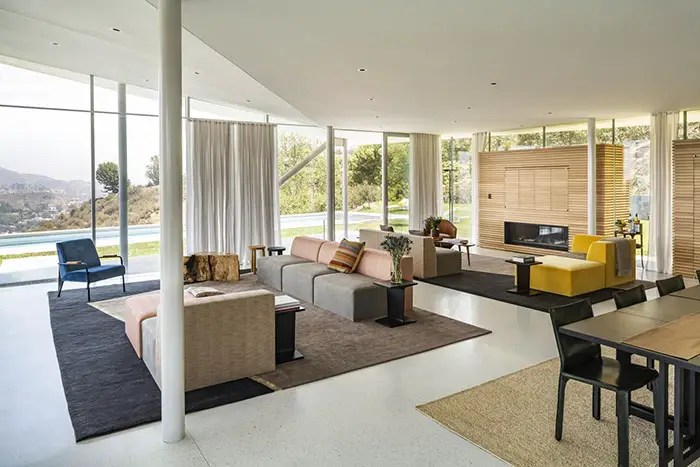 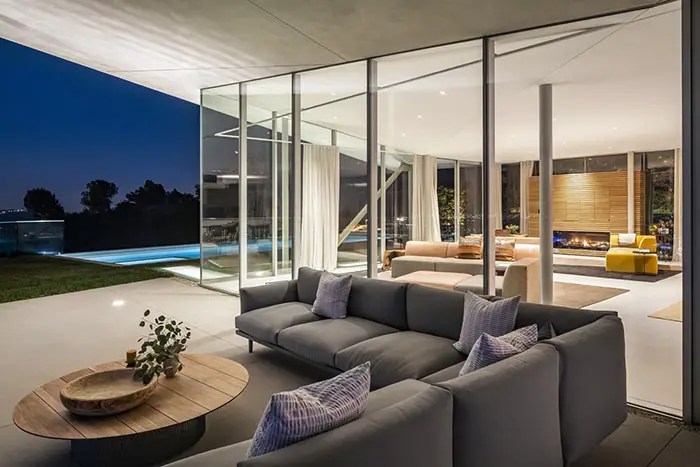 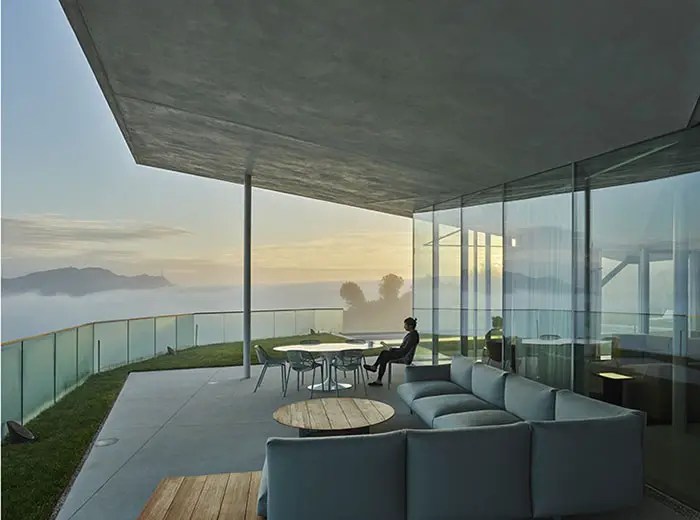 The kitchen and spatial dividers are designed so that they never touch the ceiling, making them appear to float above on independent steel supports. 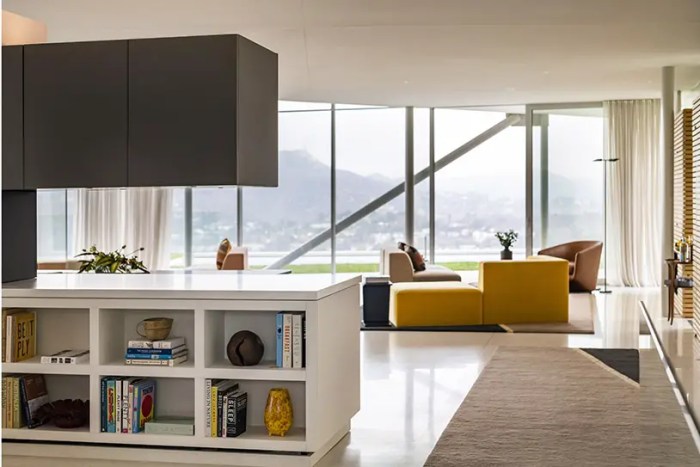 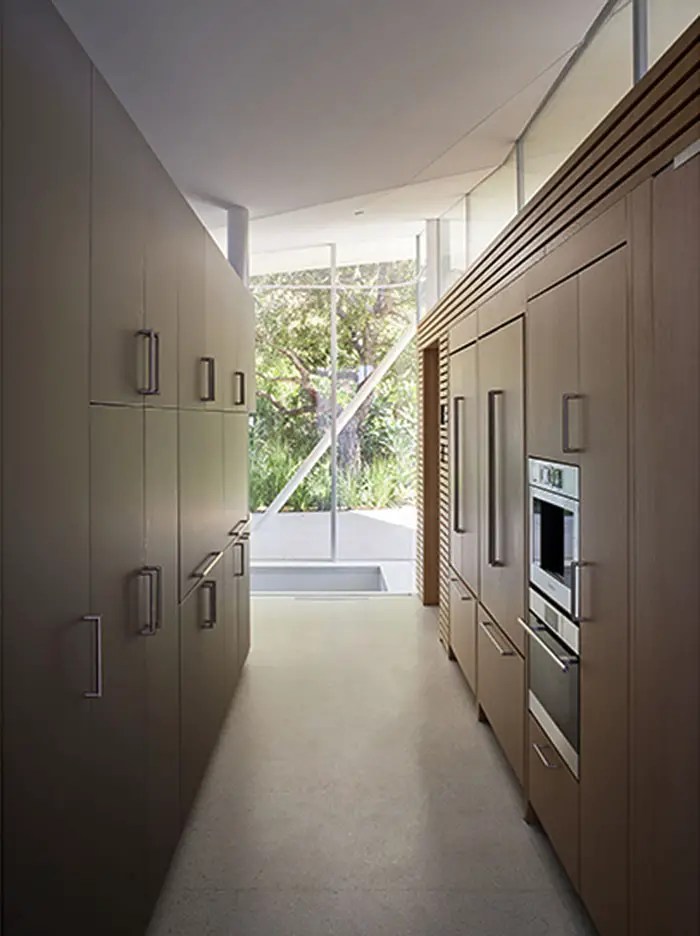 Solar panels on the roof produce more electricity than the house uses and a large cistern captures rainwater for landscape irrigation. 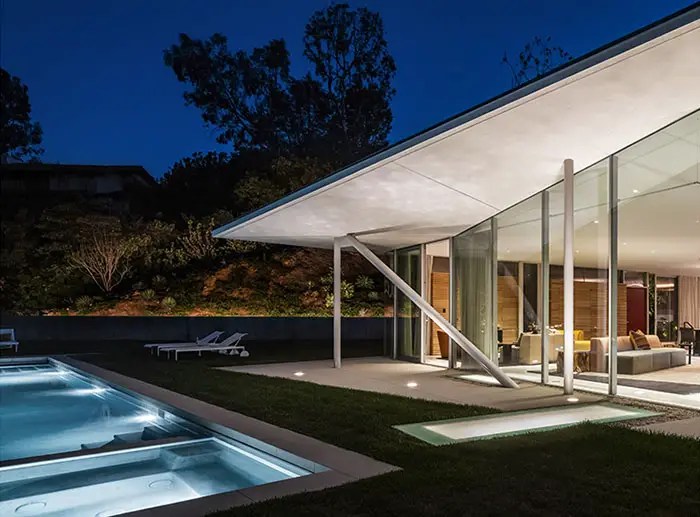 “We attempted to replicate the simplicity and elegance of the experimental Case Study Houses that were built from 1945-1966, reimagining them in a much more complex and demanding architectural world.” Peter told Architectural Digest. Like a vast parasol, the roof of the house is a rectangle with upturned edges that extend well beyond the footprint of the pavilion. By twisting its position in relation to the glass rectangle, at all times of day or season, at one corner or another, there is always either shade or sunlight to be found. 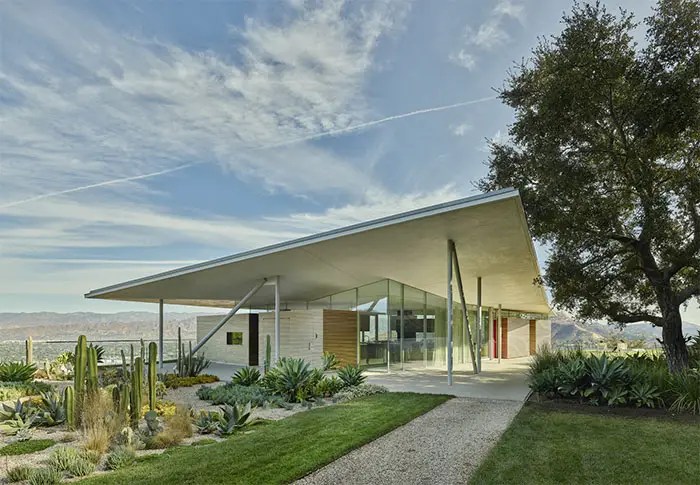 Photos by Peter Vu, and Timothy Hursley and for Gluck+ and additional photos courtesy of World Architecture News

Modern Home In The Texas Hills With Spillover Pool By Cottam Hargrave.