` The Kohler India Artist Sinks - If It's Hip, It's Here
Skip to content Bath brand Kohler has collaborated with one of India’s renowned miniaturists, Jai Prakash Lakhiwal, to launch two stunning sinks. One limited to an edition of 100, the other to be part of the brand’s current Artist collection.

Since the start, Kohler delved into an in-depth process, which included conducting a 10-day workshop with leading folk artists of India. A detailed brief was given to each artist, culminating in this collaboration with the Padma Shri artist and the choice to go with the traditional art form of miniature paintings.

The self-taught artist, Lakhiwal, has made immense contribution in preserving and propagating the rich heritage of miniature art in India. He also designs for a high-end kimono brand. For Kohler, he created intricate scenes of nature and animals. Seamlessly blending art with functionality, the wash basins become more than just bathroom fixtures.

The Quila is a special limited edition washbasin,  produced in only 100 units. “India probably has the widest tradition of art and craft, so we thought it was time to really now invest behind paying homage to Indian traditions. The Quila is a beautiful product, one-of-a-kind, and certainly very different from what people expect to see in a bathroom,” says Salil Sadanandan, President, Kohler, South Asia, Middle East and Sub-Saharan Africa. The team initially drew upon India’s diverse heritage of painting, textile, architecture, and embroidery styles to develop the concept, which was eventually realized by Jai Prakash through his evocative illustration of the glorious past of the Rajputs. He himself drew inspiration from the miniature styles of Kota (Rajasthan) and Kangra (Pahari) regions and his painting portrays the magnificent Rajput forts through playful activities of the royalty, and visible across the tamed and untamed landscapes are birds and animals enjoying the spring season. The visual narrative that unfolds captivates the viewer, compelling them to explore the various details depicted by the artist, which are made even more striking by the expressive forms and vibrant colours. 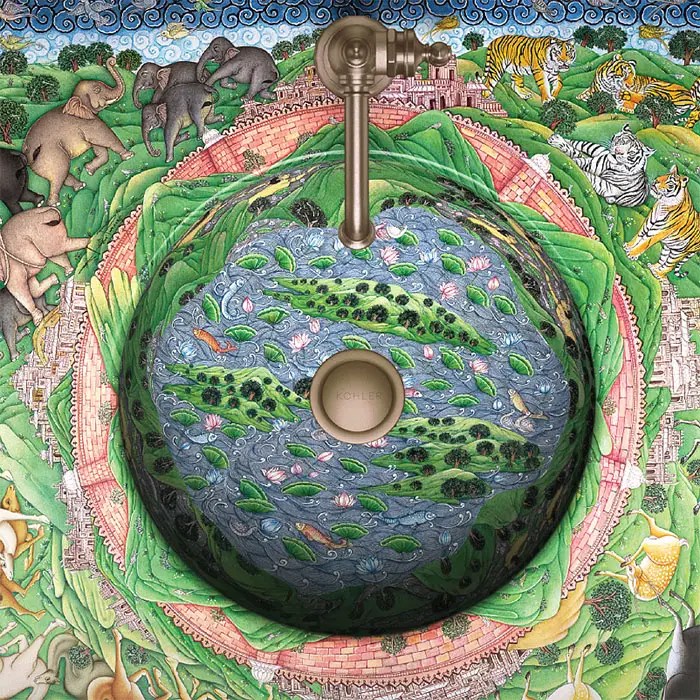 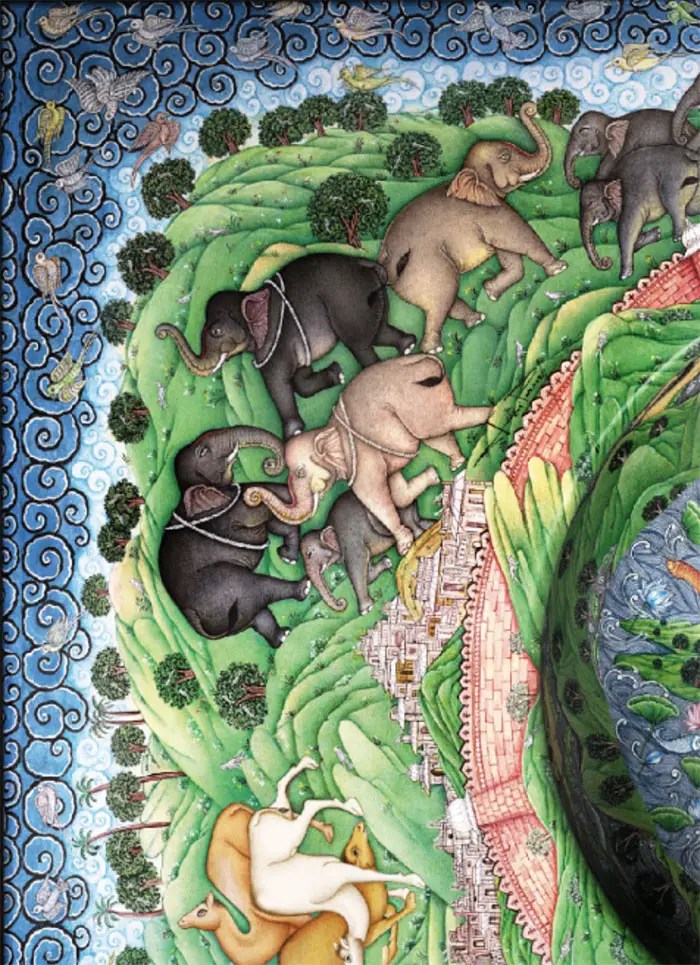 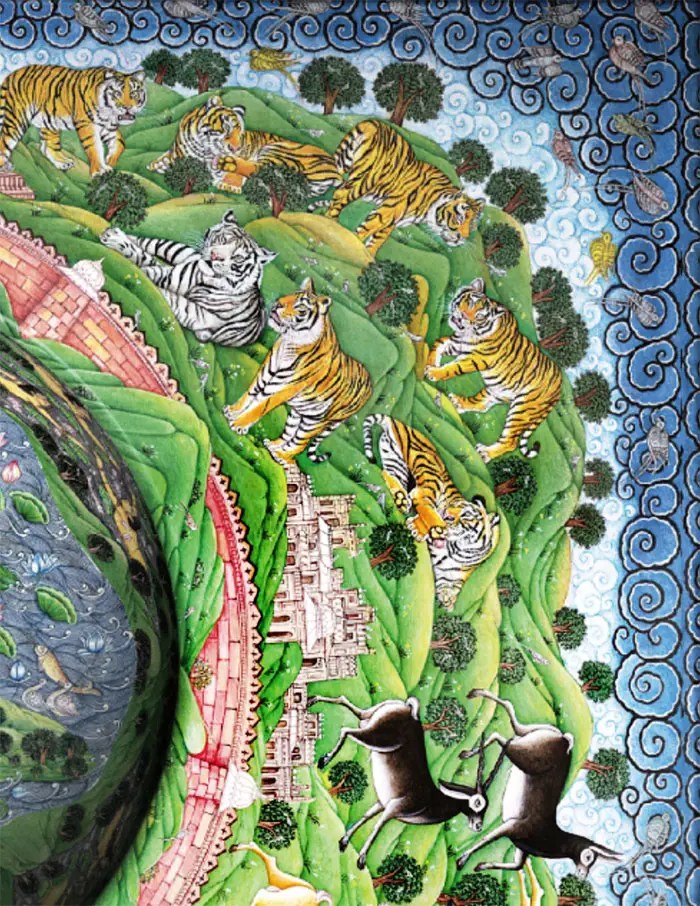 To produce the sinks is an elaborate process. The artwork is first created as a two-dimensional piece and then has to be translated into a three-dimensional object.

Kohler scanned Lakhiwal’s paintings and converted them into lithographs which were transferred onto the ceramic surface.

The Quila Vana, also by Lakhiwal, is available as part of Kohler’s Artist editions. 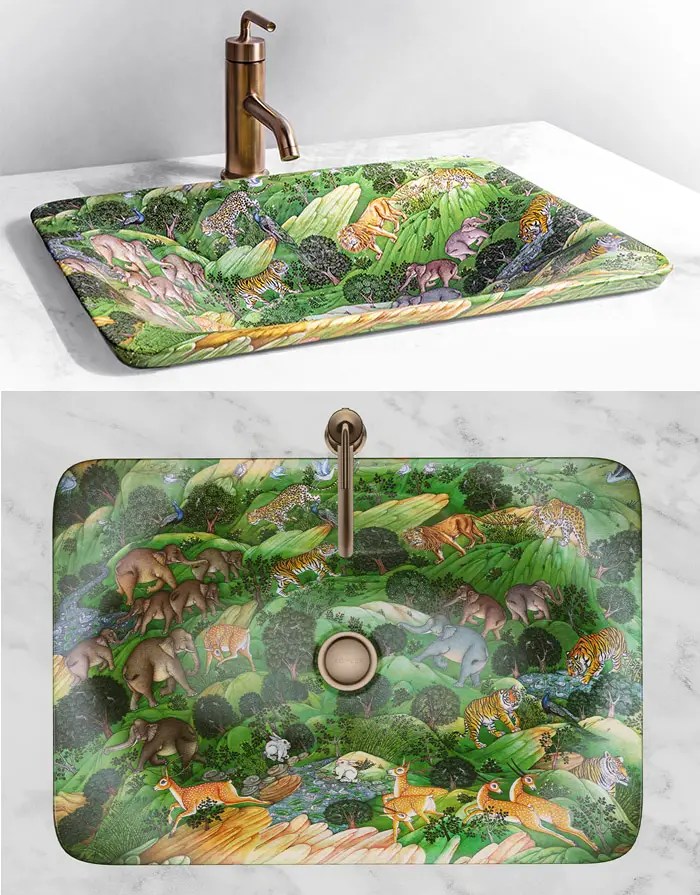 Close-ups of the Kohler Quila Vana: 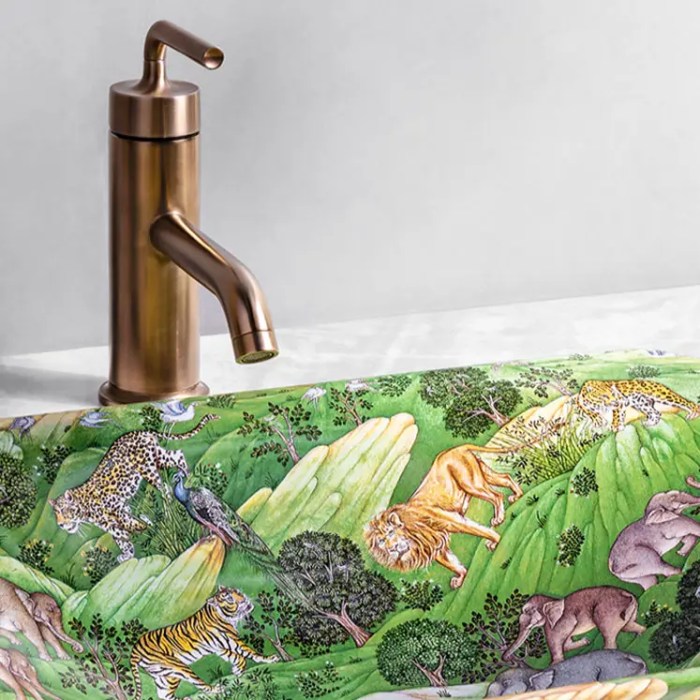 Collaborations like these are imperative today as they do not just put Indian art on the global map but also provide artisans with a platform to showcase their talent. And it is through these creative ventures that the time-honored arts, crafts and traditional techniques of the country gain prominence and relevance in today’s times, preventing them from fading into oblivion.

Padma Shri Jai Prakash Lakhiwal is one of the most renowned miniaturists of India who has made immense contribution in preserving and propagating the rich heritage of miniature art. Inspired by his father Mr. Maliram Lakhiwal who picked up painting as a hobby while working as a full-time loco pilot with Indian Railways, Jaiprakash is a self-taught artist. Starting to paint at the age of six, he learnt the intricacies from Ustad Feroz whose forefathers were painters in the Mughal court. Over next 18 years, he mastered the unique styles of multiple schools (gharanas) of miniature painting. His favorite styles of miniature paintings are Kota, Kangra and the British Era (Company Style) in India.

His paintings have been presented to world dignitaries. He has travelled to over 30 countries showcasing miniature art and holding workshops. He also hand paints for a high-end Japanese Kimono brand.

A Jet Ski and a Yacht Had A Baby! Check Out The New Jet Capsule.