you are here: if it's hip, it's here » video games

Yep, it’s been 25 years since SEGA introduced Sonic the Hedgehog. The icon blue blur has become one of the most enduring video game and mascots of all time. Check out the evolution of the mascot as he evolves from an 8-bit character in 1991 to the three-dimensional computer generated character he is today.  END_OF_DOCUMENT_TOKEN_TO_BE_REPLACED

Zoë Brookes of Boston is a RISD Graduate who worked as a Graphic Designer/Illustrator in the Marketing Department at Irrational Games, developer of BioShock Infinite, an award winning first person shooter game. Prior to leaving the company about a year ago, Zoe created much of the beautiful branding and packaging for Irrational Games under the creative direction of Ken Levine, which included a series of Bioshock Infinite Replica Vigor Bottles and their boxes. END_OF_DOCUMENT_TOKEN_TO_BE_REPLACED

The latest installment in the phenomenally successful Candy Crush franchise, Candy Crush Soda Saga, has launched worldwide with quite the spectacle. The new video game has been introduced with a fun minute long television commercial (accompanied by Bow Wow Wow’s appropriate 90s hit “I Want Candy”) as well as big events in New York and London hosted by celebrities Molly Sims and Nicole Scherzinger, respectively. END_OF_DOCUMENT_TOKEN_TO_BE_REPLACED

David Dutton of Dutton Films “gamifies” your favorite Hollywood Blockbusters into 80’s arcade and NES inspired action for his own CineFix 8-Bit Cinema. With music by Henry Dutton, the results are a series of awesome Old School fun with no quarters necessary. END_OF_DOCUMENT_TOKEN_TO_BE_REPLACED

, released just last month, the Mercedes-Benz designers have developed the visionary concept of a super sports car – and created one in full scale: the Mercedes-Benz AMG Vision Gran Turismo. END_OF_DOCUMENT_TOKEN_TO_BE_REPLACED

Anki DRIVE is a racing game like no other. It uses Artificial Intelligence (AI) and robotics to take the best of video games and combine it with the best of physical games. It’s a video game in the real world. It’s real. It’s tangible. You hold the cars in your hand, and the track rolls out on your living room floor. END_OF_DOCUMENT_TOKEN_TO_BE_REPLACED 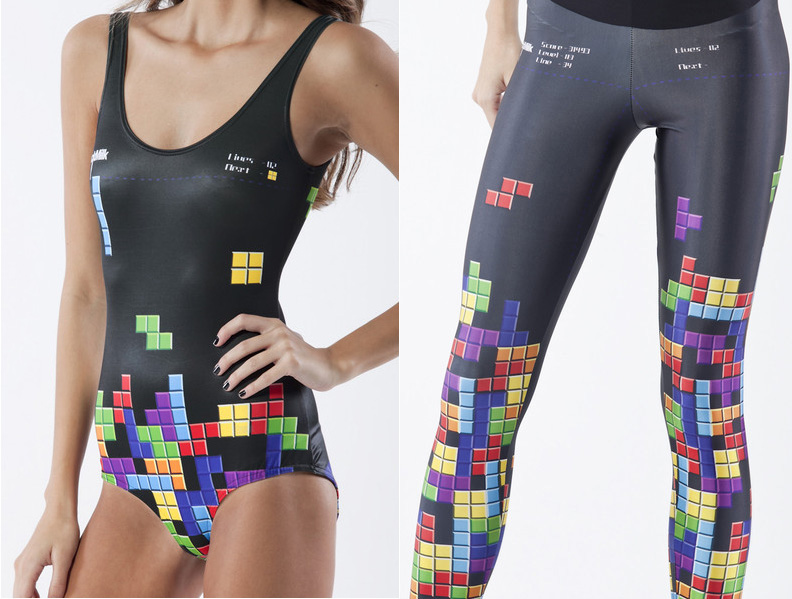 I introduced you to Black Milk Clothing of Australia and their fabulous leggings and swimsuits a ways back. Now it’s time for their Tetris Swimsuit and Tetris Leggings! END_OF_DOCUMENT_TOKEN_TO_BE_REPLACED