` Some Sweet Marketing - Candy Crush Soda Saga Launches. And What A Launch! - If It's Hip, It's Here
Skip to content The latest installment in the phenomenally successful Candy Crush franchise, Candy Crush Soda Saga, has launched worldwide with quite the spectacle. The new video game has been introduced with a fun minute long television commercial (accompanied by Bow Wow Wow’s appropriate 90s hit “I Want Candy”) as well as big events in New York and London hosted by celebrities Molly Sims and Nicole Scherzinger, respectively.

The London Launch Event:
In London, actress Nicole Scherzinger got to push the “candy bomb button” which set off a barge shooting purple ‘soda’ and a giant floating Gummy Bear that graced the Thames and passed under London Bridge: 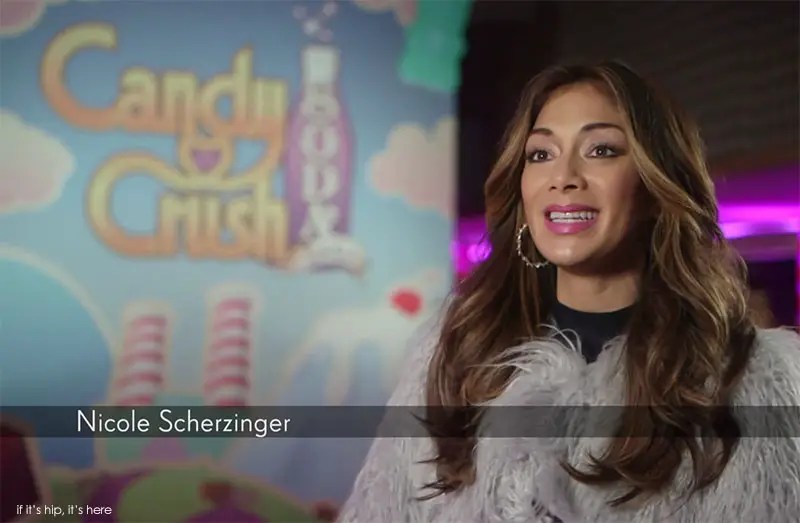 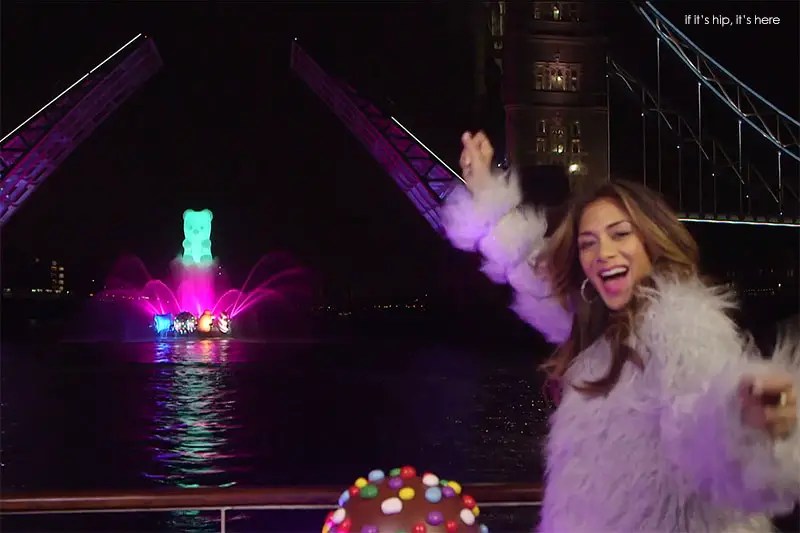 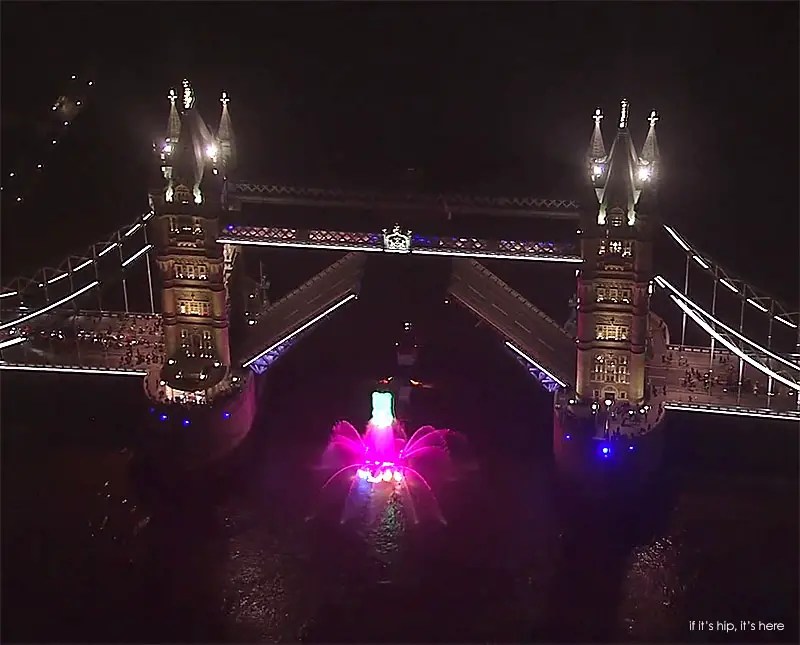 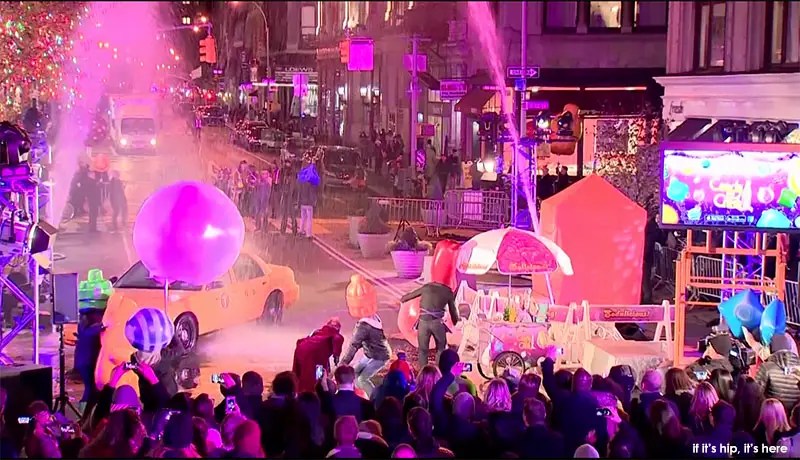 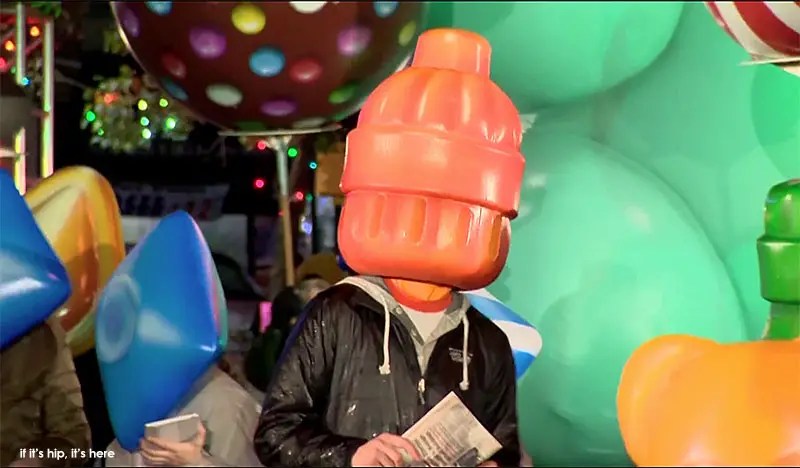 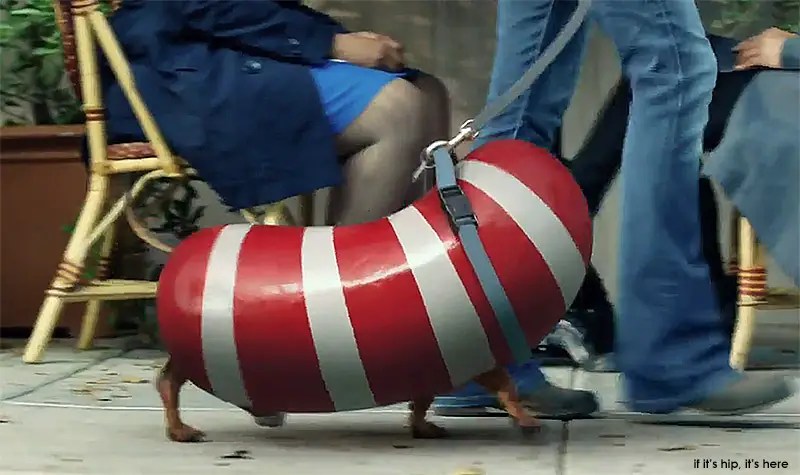 Candy Crush Soda Saga builds on the global popularity of the original game by King. This next iteration of the Candy Crush franchise presents a new gaming experience brimming with magical purple Soda, bringing fun new features to players who love the gameplay and story of Candy Crush Saga but are hungry for new challenges. 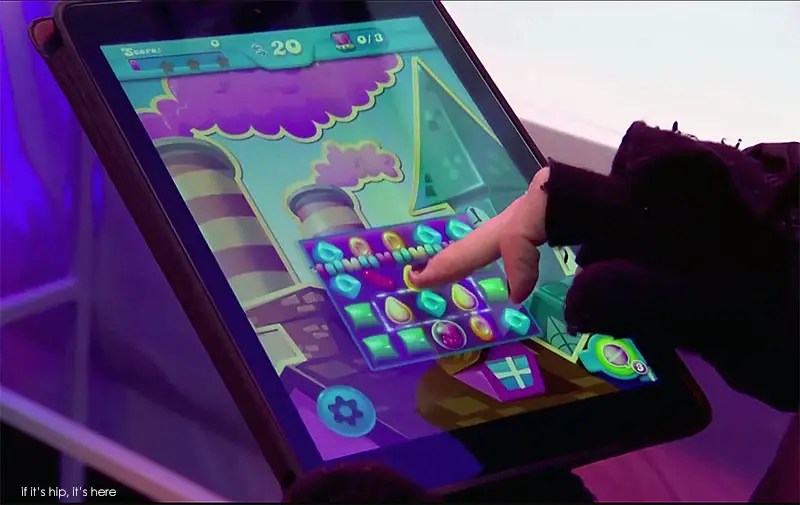 Within the game there will also be two new exciting color combinations, challenging gamers to match 4 candies in a square to receive a delicious Swedish Fish or match 7 candies to create the remarkable Coloring Candy. The UKs Telegraph reports “that even the soundtrack has had an upgrade, and now players will match their coloured candies together to the sweet sounds of the London Symphony Orchestra.” 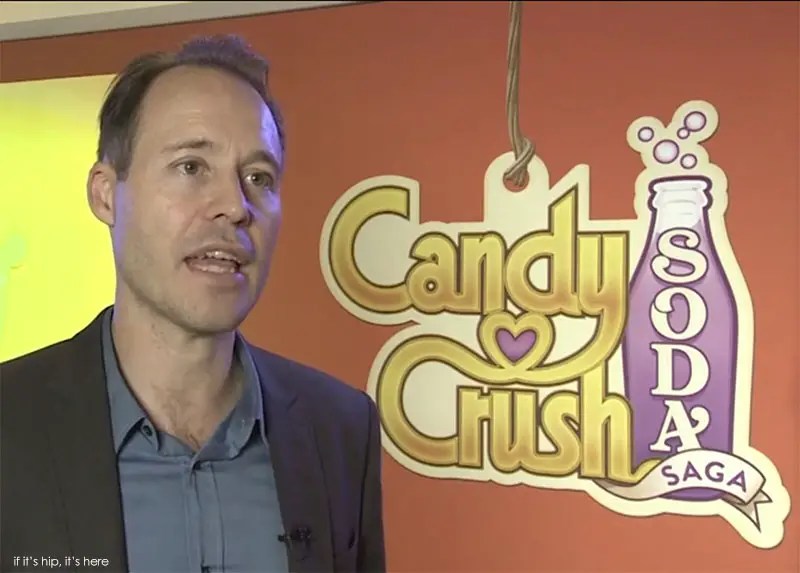 “We’re excited to offer our players the chance to experience the next installment in the franchise now that Candy Crush Soda Saga is available on mobile devices,” said Sebastian Knutsson, Chief Creative Officer at King. “We continue to be astounded by the global success of Candy Crush and the initial response to Candy Crush Soda Saga, since it launched on Facebook last month, has been positive. With the mobile launch, fans will be able to play the game anywhere, anytime, and on any device and we hope they have as much fun playing it as much as we have had making it.” Designed to be played alongside the original Candy Crush Saga, this next installment introduces entertaining features for players who love the gameplay and story of the first title, and are looking for fun, fresh challenges. Candy Crush Soda Saga features the same framework used in the original, where players progress through new levels and episodes on the Saga map.

The UK’s Telegraph reports “that even the soundtrack has had an upgrade, and now players will match their coloured candies together to the sweet sounds of the London Symphony Orchestra.”

This latest version of the game follows on from the success of the previous Candy Crush installments. Earlier this year the company that owns Candy Crush Saga, King Digital Entertainment, was valued at more than $7 Billion (£4.2bn). images and information courtesy of King.com

The Raven Read by 14 of The World’s Greatest Voices