you are here: if it's hip, it's here » sterling silver

Yesterday Takuma Sato won the 104th Indianapolis 500 championship (his second victory – he also won in 2017) and will soon have his head added to the strangest trophy in sports for a second time, the Borg-Warner Trophy.

END_OF_DOCUMENT_TOKEN_TO_BE_REPLACED 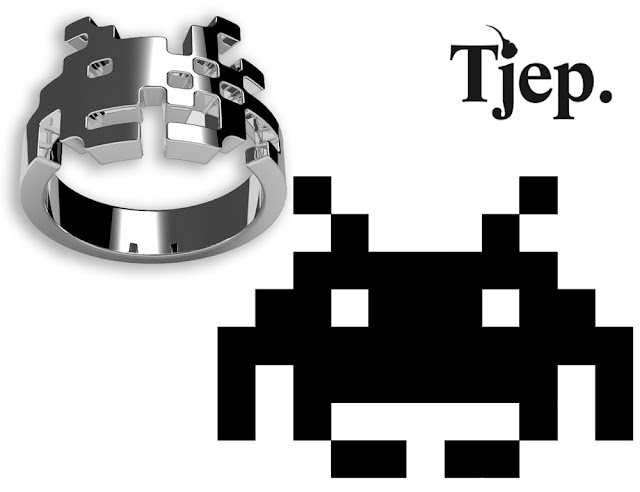 Artist and Designer Frank Tjepkema (aka Tjep.), has a fun series of solid sterling silver rings based on the pixelated alien invaders in Taito’s classic arcade game, Space Invaders. 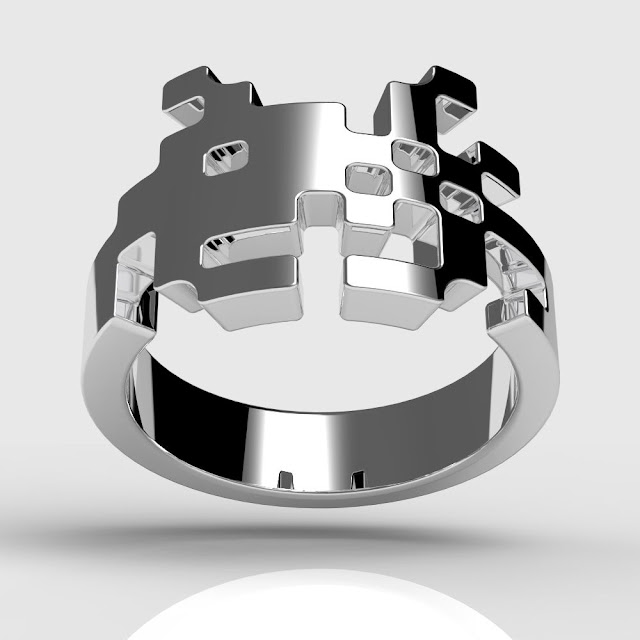 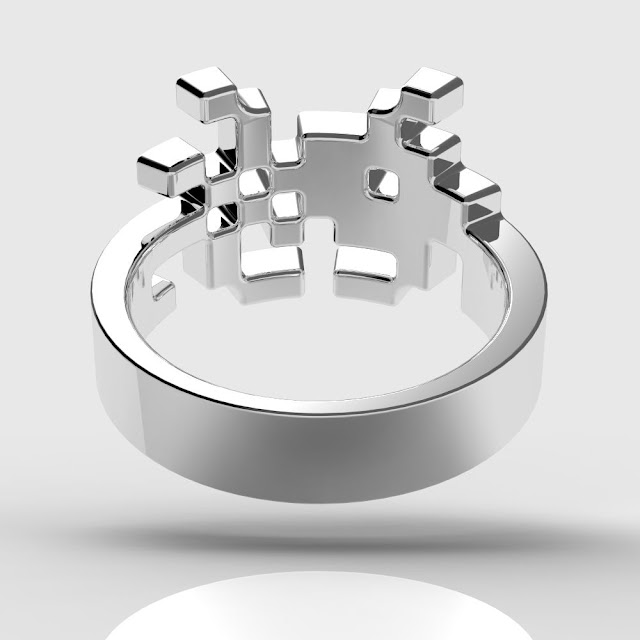 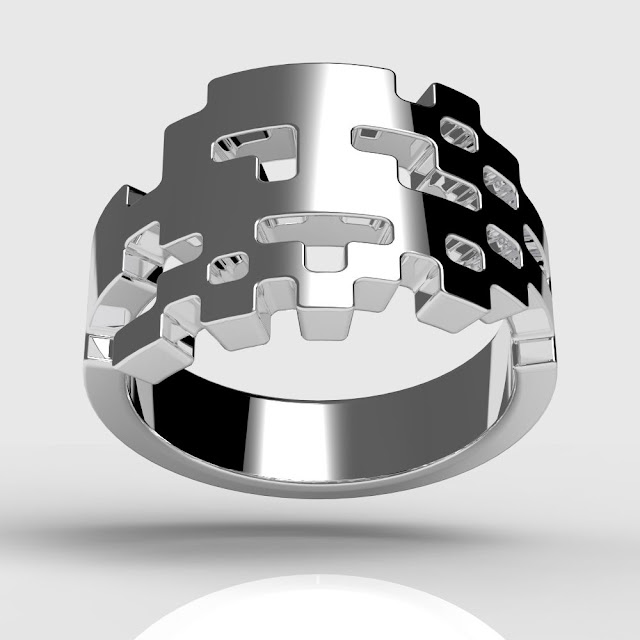 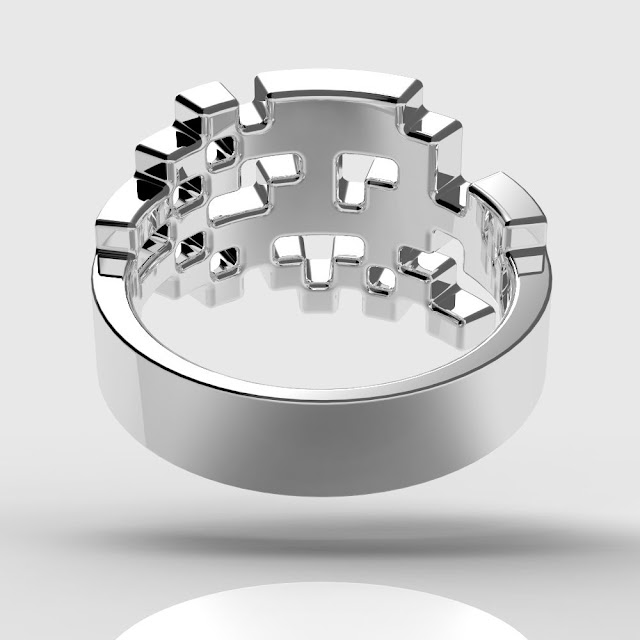 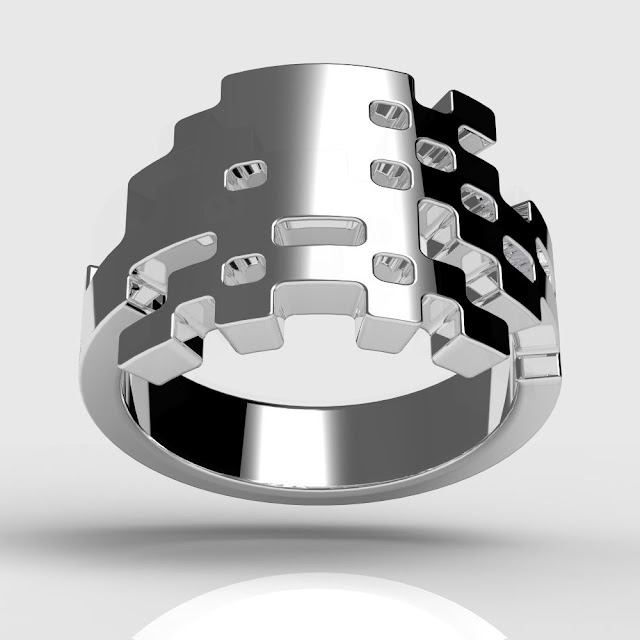 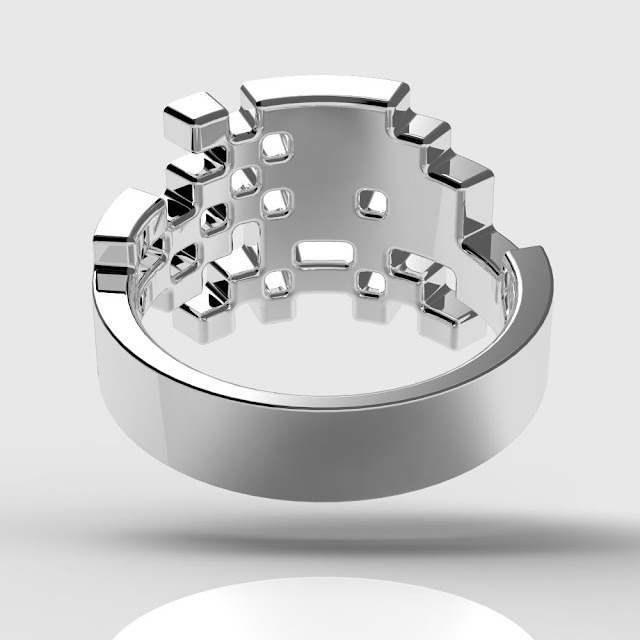 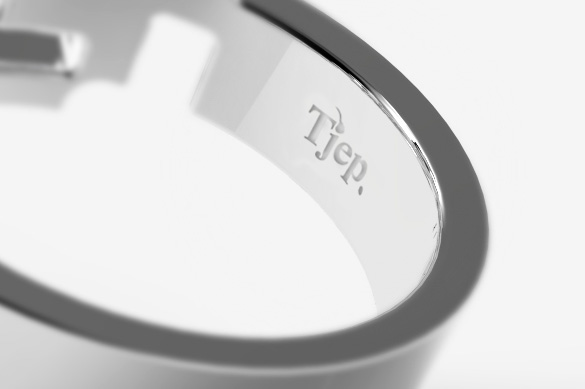 Shop for them and other Tjep products here.

To learn about tons of other products inspired by the aliens, check out one of my favorite fellow blogger’s sites, Technabob 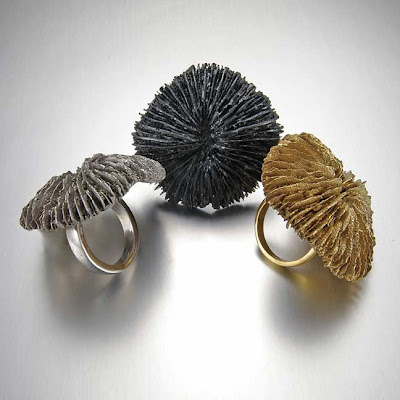 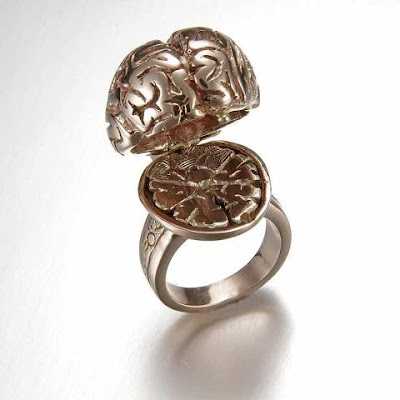 Peggy Skemp has a knack for turning things that are usually considered creepy into beautiful, detailed jewelry. Anatomical hearts, musculature, lungs, brains, tentacles, squid, octopus and fungi are hand cast in everything from 18k gold to bronze. END_OF_DOCUMENT_TOKEN_TO_BE_REPLACED

Georg Jensen has taken an artsy risk by re-releasing a previous photographic ad campaign for their Scandinavian jewelry and housewares, only now the photos have been embellished with the handiwork of artist Inge Jacobsen. END_OF_DOCUMENT_TOKEN_TO_BE_REPLACED 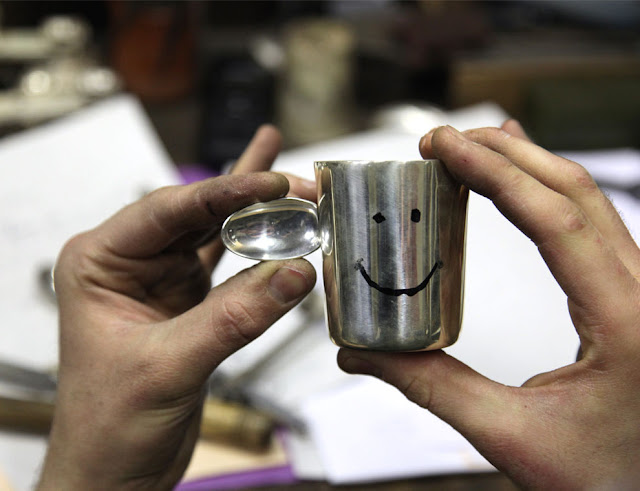 Bienvenue!, A collection of whimsical and modern Silverware for Baby by Parisian silversmiths, RICHARD in collaboration with 5.5 Designers. END_OF_DOCUMENT_TOKEN_TO_BE_REPLACED

A lot of crafty people (and I mean skilled craftsmen not deceitful or underhanded people) have created jewelry inspired by or made from Lego® blocks. But many of them are either plastic or metal, giving them a novelty and juvenile look and feel. END_OF_DOCUMENT_TOKEN_TO_BE_REPLACED