` Fine Art Prints Of Stanley Kubrick Photos Available For The First Time. 25 Fabulous Images. - If It's Hip, It's Here
Skip to content 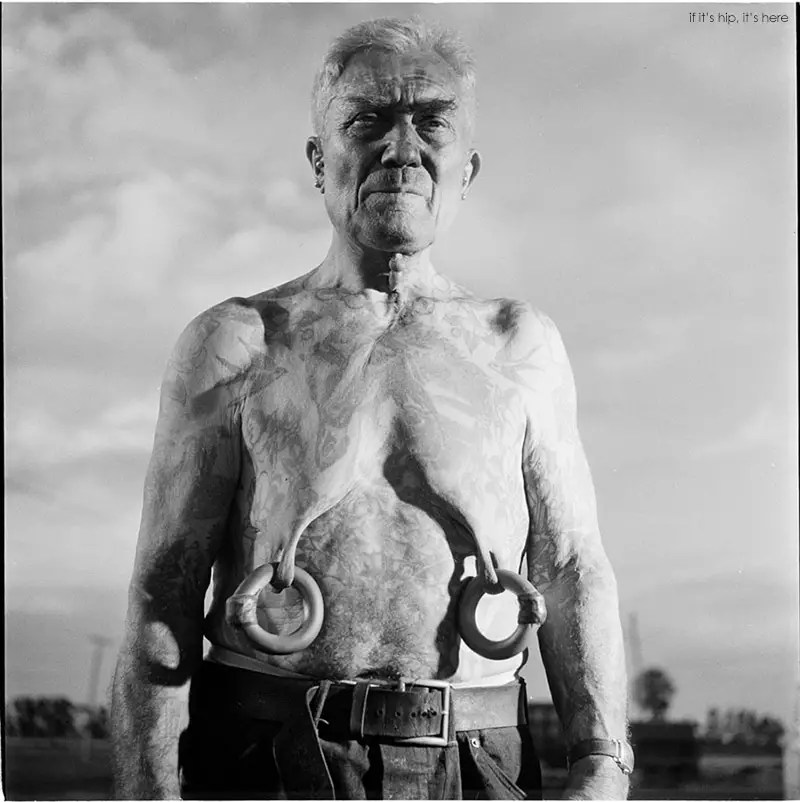 I’ve always been a huge fan of the directorial and writing work of Stanley Kubrick, as witnessed by this comprehensive post I wrote on an exposition of his work earlier this year. So you can imagine my joy when I discovered that the photographs he took as a photojournalist for Look Magazine early in his career which were previously only available for viewing in museum archives or in books about Kubrick, are now being offered as art prints (complete with certificates of authenticity) from the Museum of the City of New York and VandM. The selection of fine art prints of the photographic works by the legendary film director exemplify his eye for both content and composition. Shot during the years of 1946-1949, each of the 25 hand-selected photos is printed on museum quality acid-free fibre paper using archival pigment inks and is accompanied by a certificate of authenticity, numbered and signed by the Museum of the City of New York’s Curator of Prints and Photographs. Available in limited editions and four different sizes, the unframed prints have a minimum half inch border so you can frame them without obscuring the image. Stanley Kubrick—who wrote and directed Lolita, Dr. Strangelove, 2001: A Space Odyssey, A Clockwork Orange and The Shining—was one of America’s most influential filmmakers. Directors ranging from the Coen Brothers to Tim Burton paid visual homage to his works in their own films, and no less than Steven Spielberg said: “Nobody could shoot a picture better in history.” In fact Kubrick’s special skill behind the camera and his ability to create visual intrigue were evident long before he was a Hollywood icon. Even at the age of 17, Kubrick was an immense talent. In 1945, for $25, he sold a photograph to Look magazine of a broken-hearted news vendor reacting to the death of President Franklin D. Roosevelt. A few months later Kubrick joined Look’s staff to become the youngest staff photographer in the magazine’s history. He continued to work for Look until 1950 when he left to pursue film making. It was during this period that Kubrick’s respected—and often-imitated—style first became apparent. His photographs are vintage Kubrick: a complex blend of composition, drama, light and mystery. Now, for the first time, fine art prints of Kubrick’s work as a photojournalist are available for sale. Previously only available for viewing in museum archives or in books about Kubrick, curators at the Museum of the City of New York and art advisors at VandM examined over 10,000 negatives of Kubrick’s photos to hand select 25 for this limited edition sale on VandM. All photos are printed on museum quality acid-free fibre paper using archival pigment inks and are accompanied by a certificate of authenticity, numbered and signed by the Museum of the City of New York’s Curator of Prints and Photographs.

The majority of the proceeds go to the Museum of the City of New York.

See all 25 stunning photographs and purchase them here