If you are unaware that global superstar and man-child Justin Bieber (along with supermodel Lara Stone) is starring in Calvin Klein’s newest underwear campaign, you’d have to have avoided all news and media for the past week. The black and white tv and print ads have been the center of some controversy* given the alleged digital enhancing of The Biebs. Now Saturday Night Live mocks them in this hilarious set of spoofs starring Kate McKinnon and Cecily Strong. Now, the SNL parodies of the above two adverts, starring Kate McKinnon and her dead-on impression of the pop star with cecily Strong as model Lara Stone: As the New York Times reports “The controversy was fueled by the website BreatheHeavy­.com, which seemed to have gotten its hands on an “unretouched” picture from the photo shoot by the fashion photographers Mert and Marcus, showing a decidedly less muscular Mr. Bieber and missing the trail of body hair leading down to his filled-out boxer briefs.” 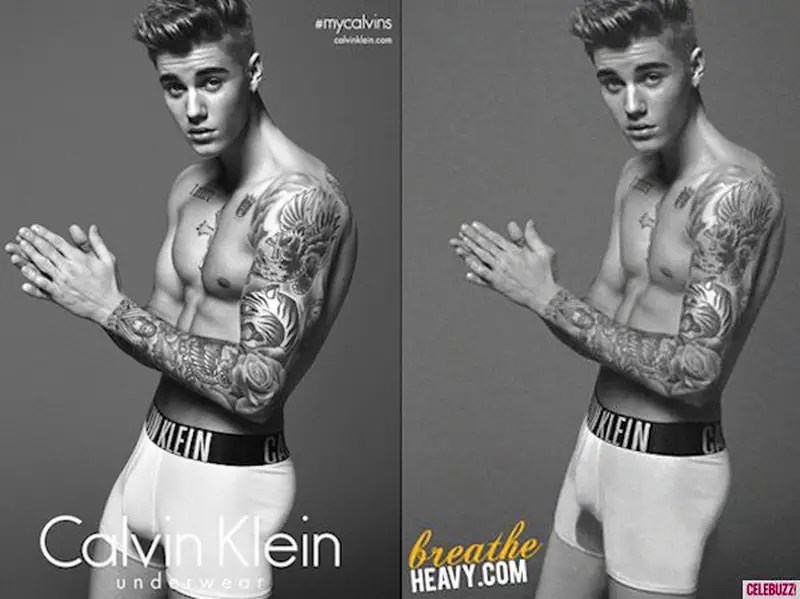 Justin’s legal team sent a threatening letter to BreatheHeavy.com, demanding a retraction after the site posted a GIF making it appear that Bieber was decidedly scrawnier and “smaller” than the Calvin Klein photo would suggest.

BreatheHeavy caved and removed the GIF. They also apologized to the Biebs and his outraged Beliebers. The site even went as far as to quote Bieber’s personal trainer who said, “I can definitely confirm that he is a well-endowed guy. I sound weird saying that, but yes.”

The Real Ads
Below are images from the actual Calvin Klein print campaign with Justin Bieber and Lara Stone, photographed by Mert Alas and Marcus Piggott: 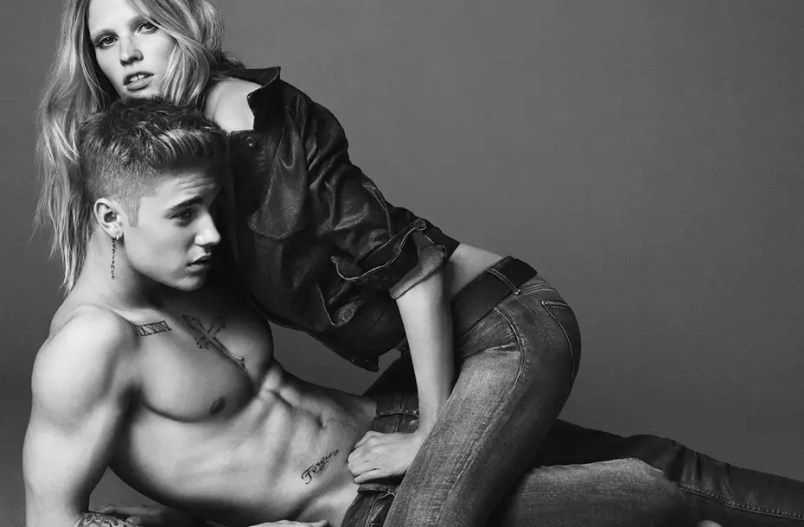 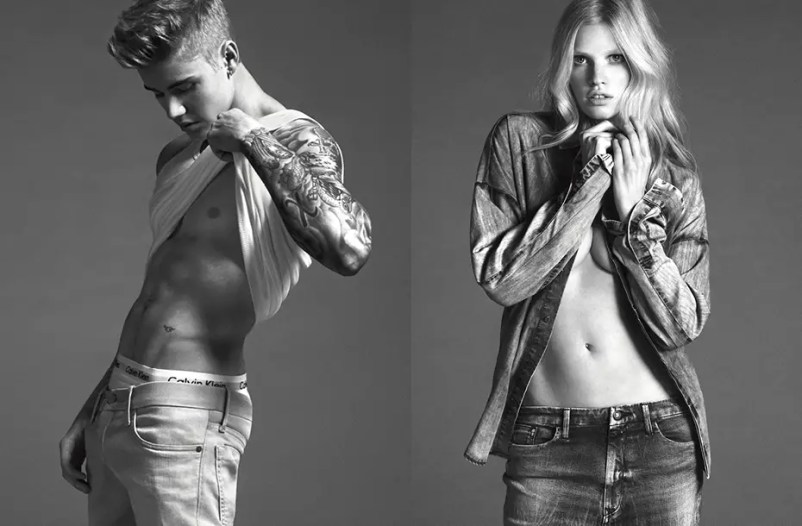 About starring in the campaign, Justin says “Calvin Klein is such an iconic brand and I am excited and honored to become a part of the Calvin Klein brand legacy with this campaign. I have been a longtime fan of the brand and have worn their jeans and underwear for a while, so this is kind of a dream come true,” said Bieber. “This is the beginning of an exciting new year for me, personally and professionally, and being a part of this campaign has been a fantastic opportunity and experience.”

The Rivet: A Steampunk Trike Built For A Captain