` The 1973 Salvador Dali Cookbook Gets Reprinted
Skip to content Much like his surreal art, Salvador Dali’s original 1973 cookbook contained recipes that are sumptuous and sensual. Re-released in a new printing by Taschen, the book is as much fodder for the eyes as it is for the stomach. Instructions to prepare the Old School cuisine are accompanied by images of his imaginative artwork and his musings on various related subjects such as Dinner conversation.

In 1973 the Spanish surrealist Salvador Dalí first published Les Diners de Gala, a cookbook dedicated to his wife and muse Gala Dalí. Written in an idiosyncratic, willful style the book makes no effort to introduce readers to a single cuisine aspect of gastronomy, but instead appears to be Dalí’s own exercise in lifestyle publishing. Indeed, the recipes themselves – largely 20th century European dishes – are said to have been drawn up for Dalí by notable chefs of the day. (excerpt from The Cookbook Book) 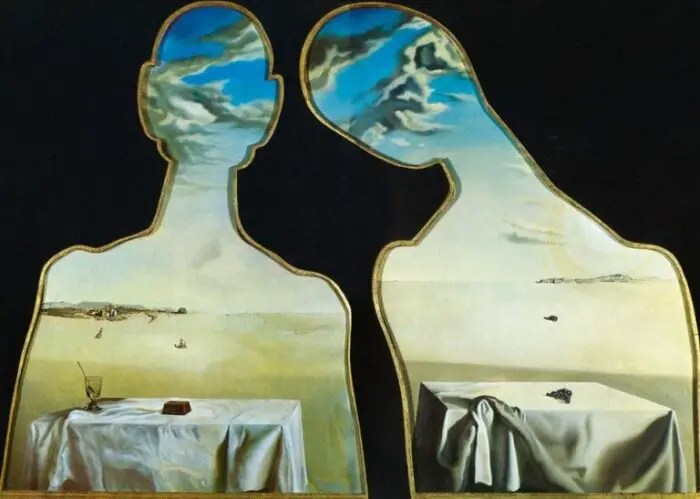 A wonderful gift for the food and art enthusiast, the newly reprinted Hardcover edition is 320 pages and contains 136 recipes. (Note: a new beautiful Salvador Dali Wine book has also been published! See that here.)

Food and surrealism make perfect bedfellows: sex and lobsters, collage and cannibalism, the meeting of a swan and a toothbrush on a pastry case. The opulent dinner parties thrown by Salvador Dalí (1904–1989) and his wife and muse, Gala (1894–1982) were the stuff of legend. Luckily for us, Dalí published a cookbook in 1973, Les diners de Gala, which reveals some of the sensual, imaginative, and exotic elements that made up their notorious gatherings. 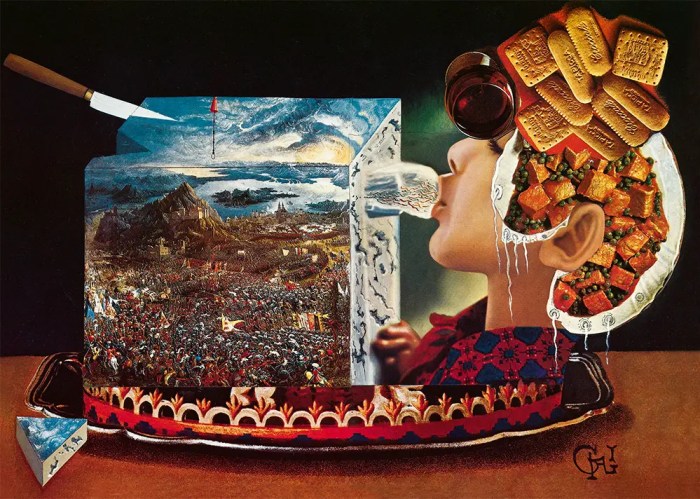 “Les diners de Gala is uniquely devoted to the pleasures of taste … If you are a disciple of one of those calorie-counters who turn the joys of eating into a form of punishment, close this book at once; it is too lively, too aggressive, and far too impertinent for you.”—Salvador Dalí 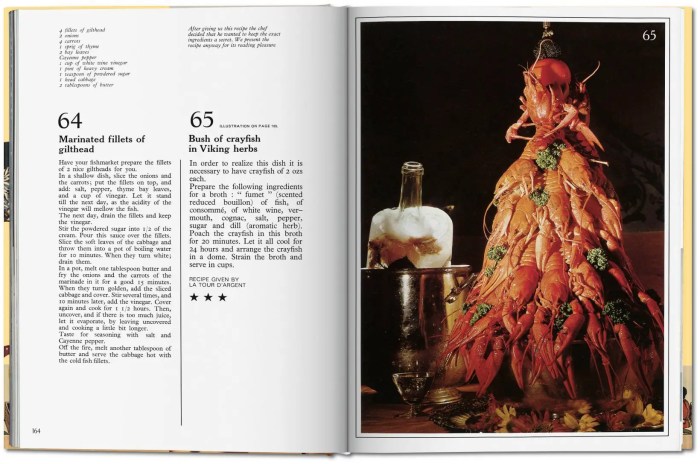 This reprint features all 136 recipes over 12 chapters, specially illustrated by Dalí, and organized by meal courses, including aphrodisiacs. The illustrations and recipes are accompanied by Dalí’s extravagant musings on subjects such as dinner conversation: “The jaw is our best tool to grasp philosophical knowledge.” 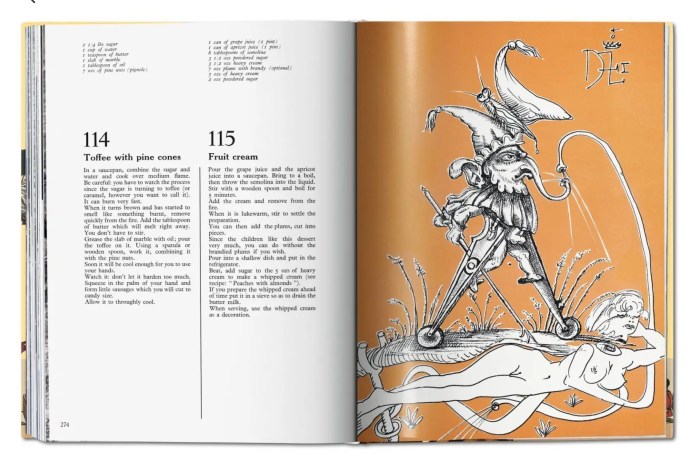 All these rich recipes can be cooked at home, although some will require practiced skill and a well-stocked pantry. This is cuisine of the old school, with meals by leading French chefs from such stellar Paris restaurants as Lasserre, La Tour d’Argent, Maxim’s, and Le Train Bleu. 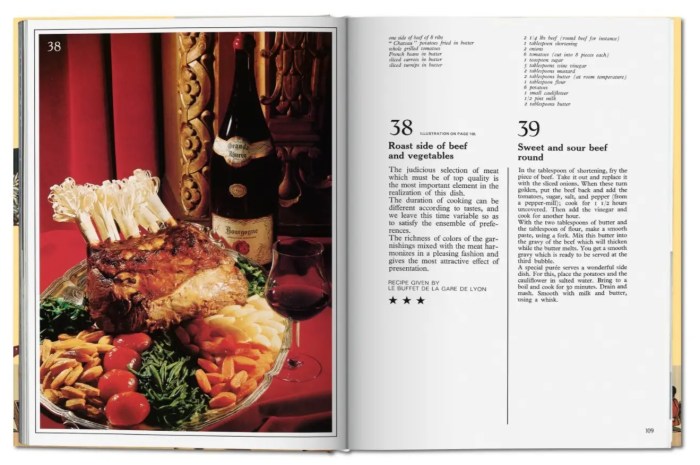 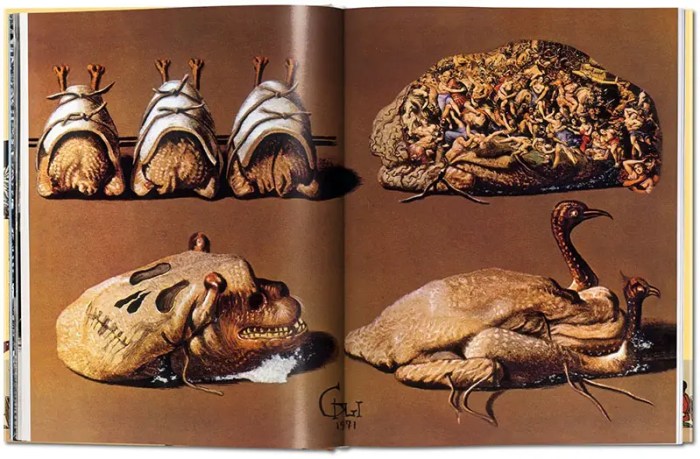 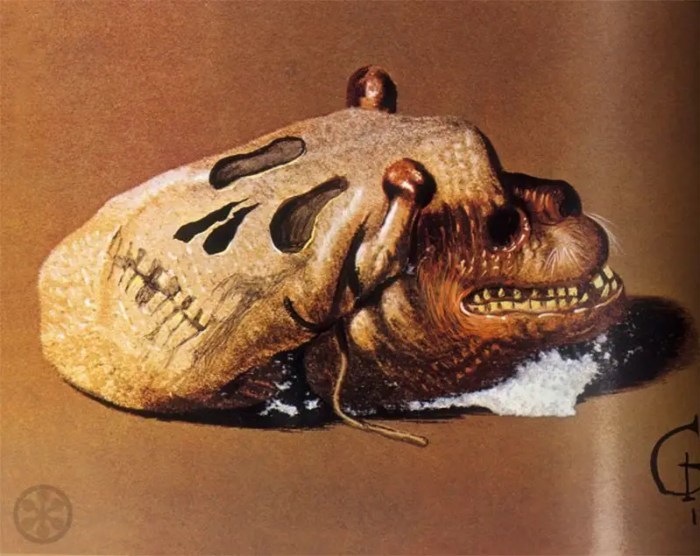 Good taste, however voluptuous, never goes out of fashion. In making this exceptionally rare book available to a wide audience, TASCHEN brings an artwork, a practical cookbook, and a multi-sensory adventure to today’s kitchens. “…a cookbook unlike any before (or after, for that matter).” (travelandleisure.com)

“Whether purchased for the cuisine or the art, Les Dîners de Gala demonstrates how Dalí, as a multifaceted artist, never allowed himself to be bound by the limits of the canvas. His artistic mind knew no bounds, moving from the gallery to the kitchen with ease.” (mymodernmet.com)

“Plucked birds and pleasure gardens, could we ask for anything more?” (Artnet.com)

“Not only is Les Dîners de Gala a work of art, it’s a series of avant-garde recipes and sumptuous illustrations which reveal the wider worldview that pleasure should always take priority.” (anothermag.com)

“This holiday season, the gourmand in your life will accept one gift and one gift only: Salvador Dalí’s cookbook, with its recipes for frog pasties and thousand-year-old eggs. Any kitchen without it is disappointingly ordinary and should be destroyed immediately.” (theparisreview.com) If you’re interesting in purchasing the 1973 highly collectible first English printing of the book, you can find that for around $400 here

images and information courtesy of Taschen and Amazon

A shout out to Jeff Weakley who brought this to my attention.