On Monday, November 25, Saks Fifth Avenue‘s flagship store came alive with the unveiling of its iconic holiday windows and the debut of its Snowflake Spectacular, a dramatic 3D light show projected onto the façade of the building. 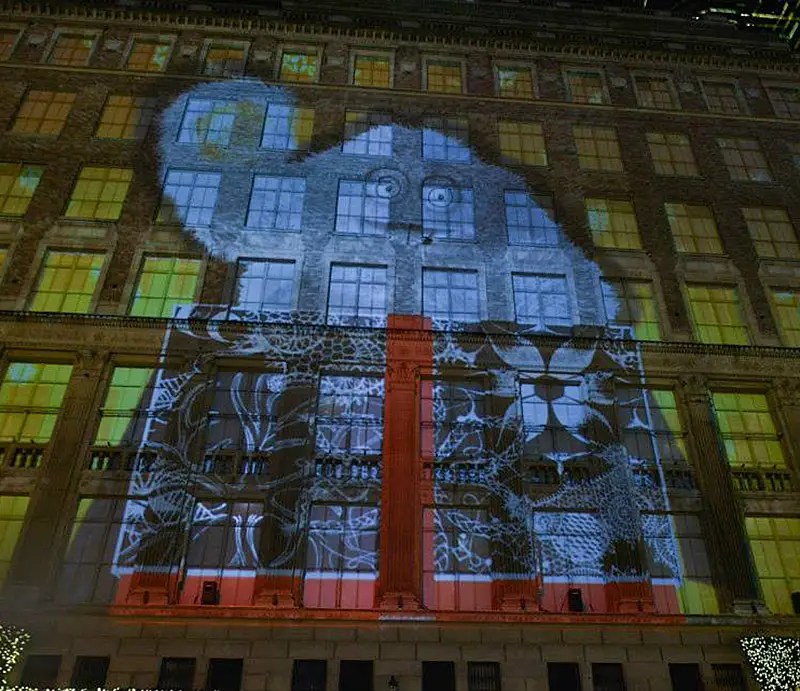 above: Saks’ holiday mascot, a shaggy YETI appears in the projected light show as well as in the interactive windows.

Saks Fifth Avenue’s annual holiday light show turned the façade of the iconic luxury retailer into a traffic-stopping festive 3D spectacle. Snowflakes, ice skaters, gifts and a Yeti all interact through a custom-built, six-projector system. Iris Worldwide developed the dramatic light show, which utilizes state-of-the-art imaging technology to create a vivid 3D projection that maps the holiday story onto the building’s exterior. The show will continue every evening throughout the holiday season.

It’s the year of the YETI at Saks with interactive the light show, holiday windows, mobile apps and more featuring the story of the legendary Yeti, who is rumored to live on the roof at Saks, making snow during the holiday season. Each window depicts a scene from Yeti’s life, from his humble beginnings as an unappreciated snowmaker in Siberia to his starring role as a true snowflake artist in New York. 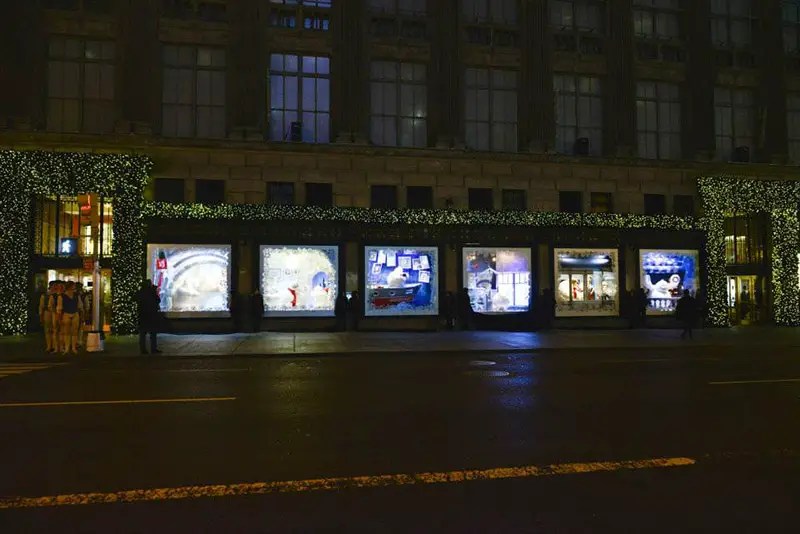 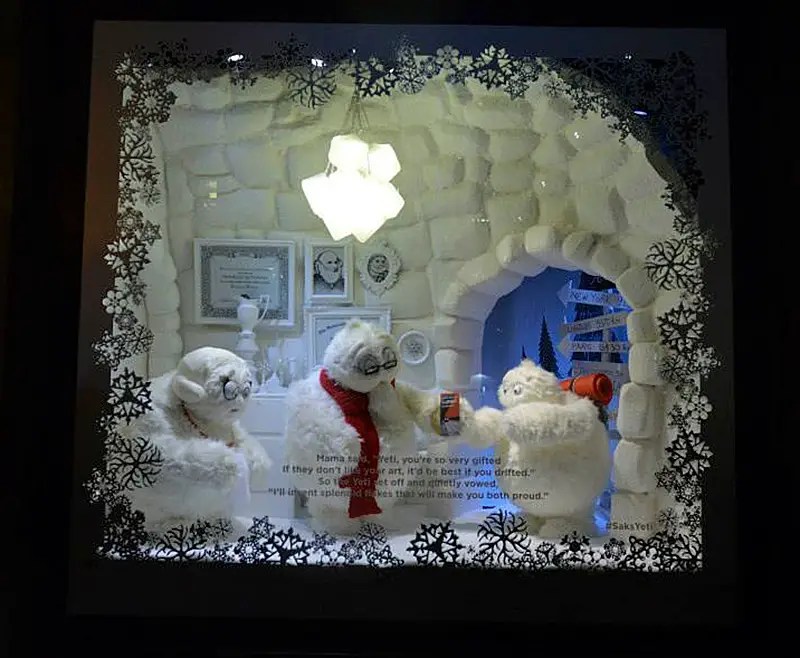 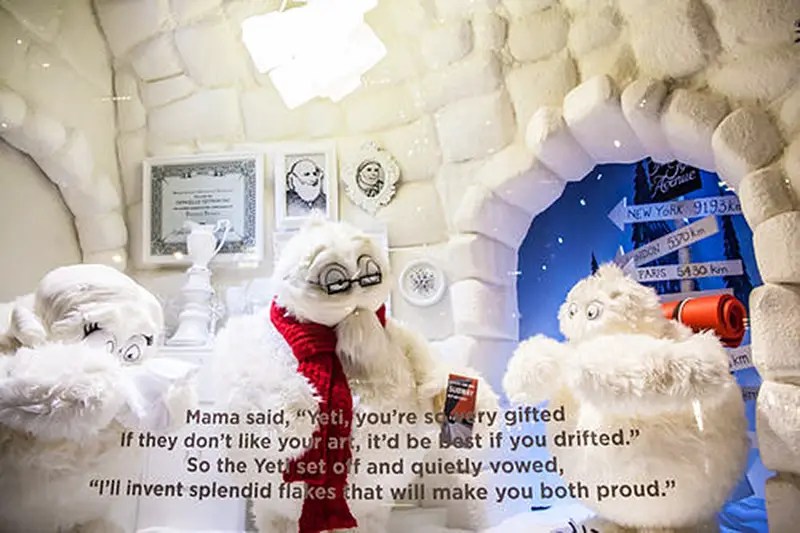 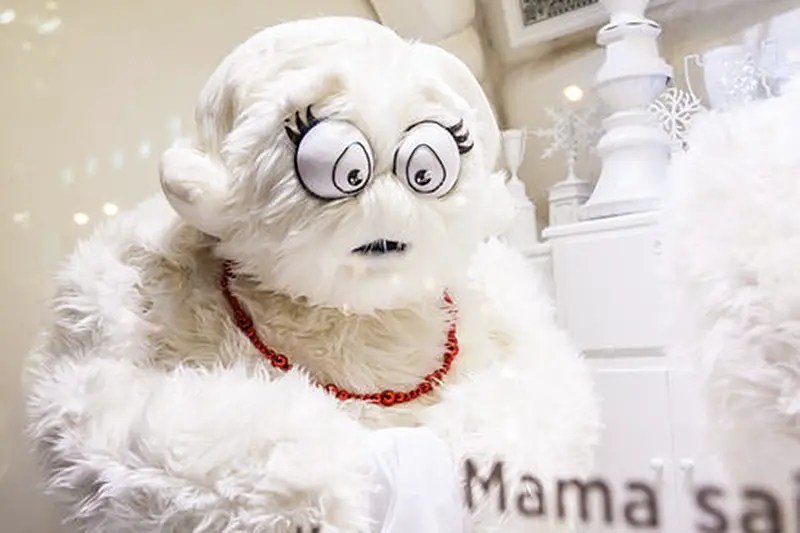 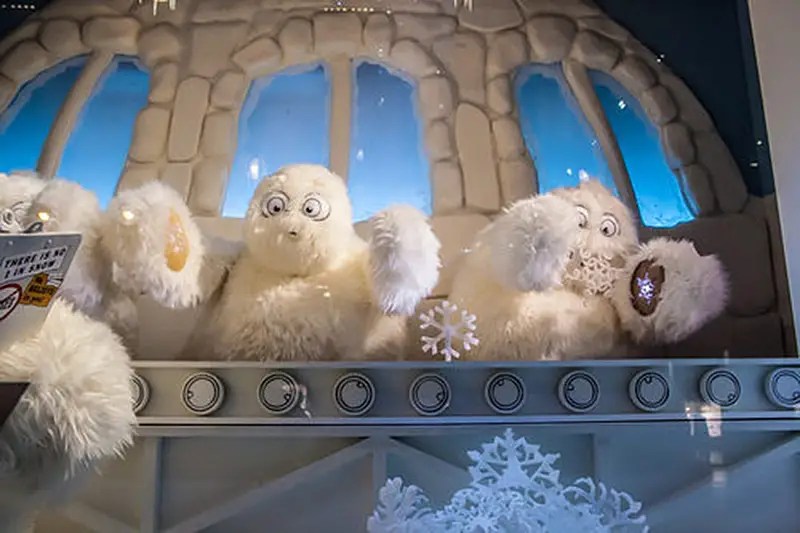 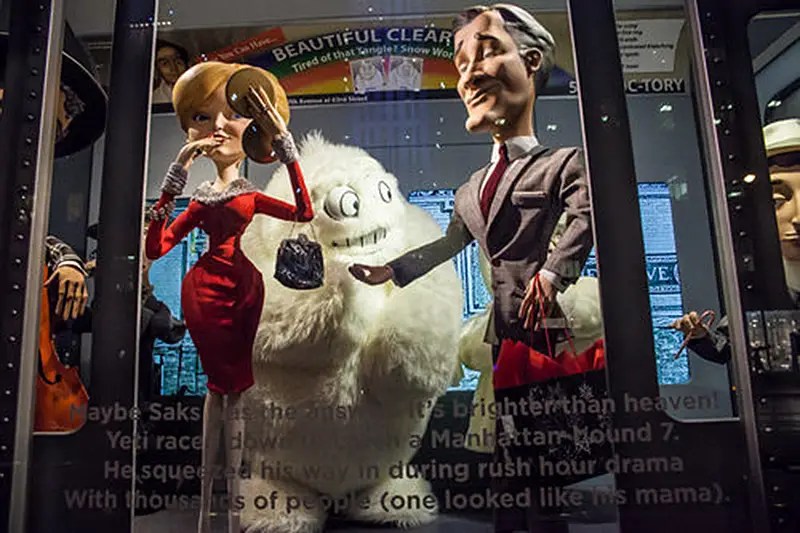 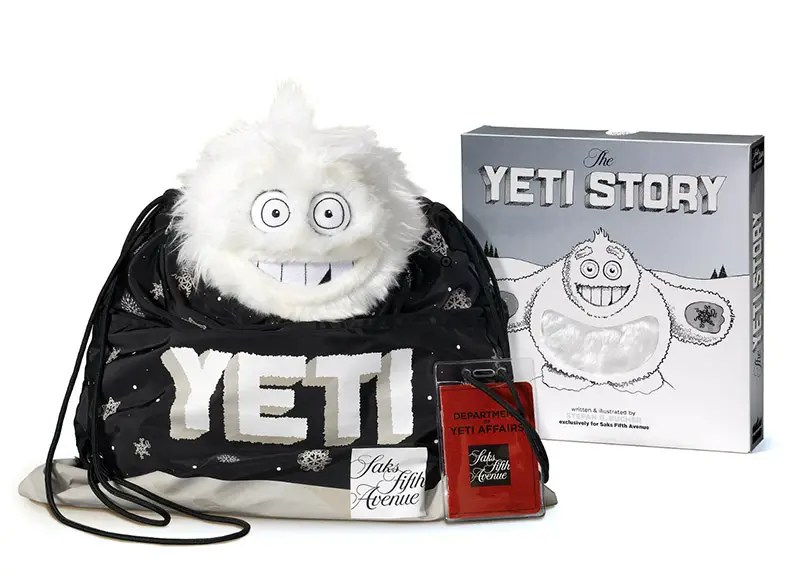 Spectators can add a personal touch to the window display too. Before arriving, visit saks.com/snow to discover your Yeti name and create your own snowflake, which can later be pinged from your phone onto the tableaux. 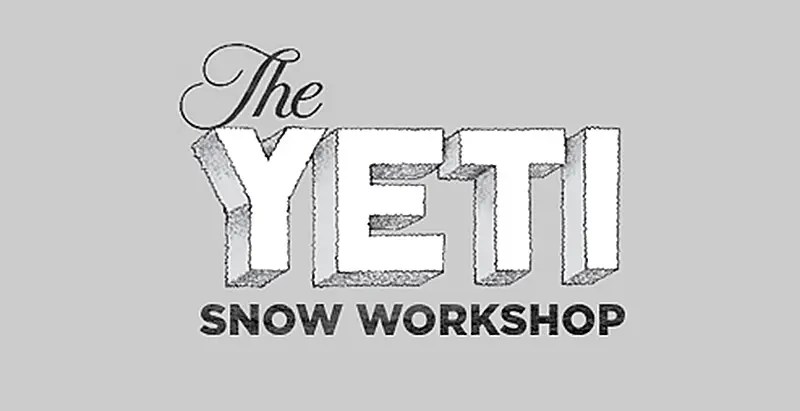 Another special window features a holiday Cadillac. The “Frozen Escalade” prominently features the front clip of a White Diamond 2015 Escalade — a limited edition model offered exclusively to Saks customers. The display’s vehicle will have functioning LED running lamps, which appears to be embedded and breaking through a block of ice. 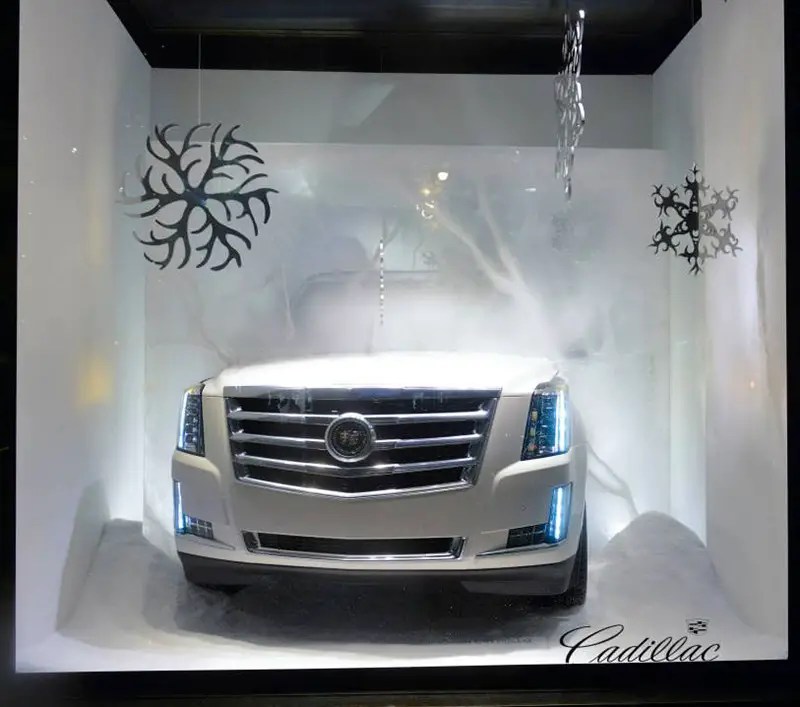 Other Fifth Avenue windows will feature blueprint architectural drawings of the 32 Marian Bantjes snowflakes that have become synonymous with the holidays at Saks Fifth Avenue and will serve as the backdrop to the fashion featured in this year’s windows. 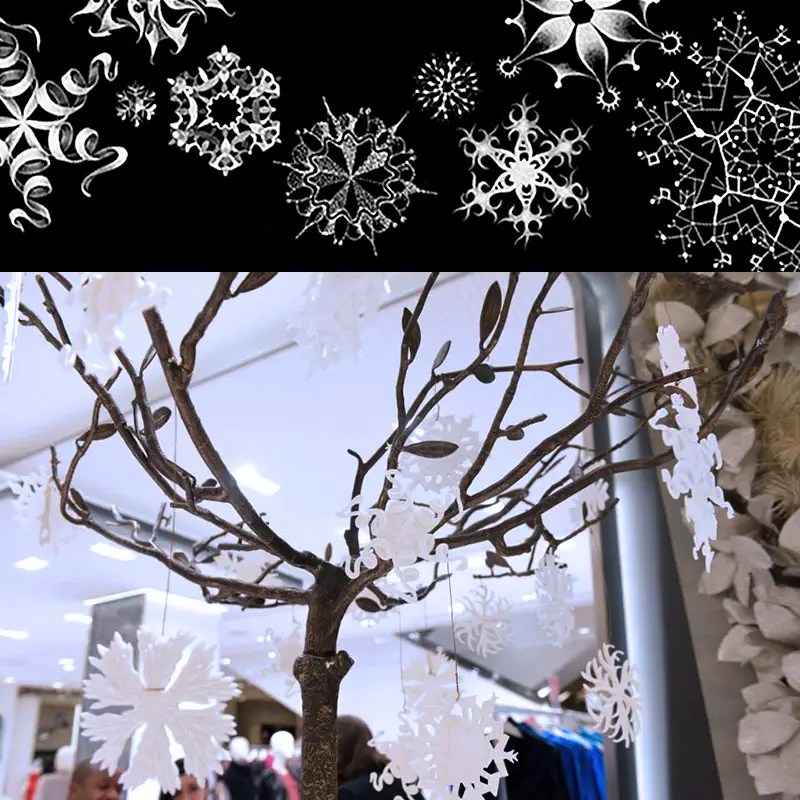 Cookies featuring Banjes’ snowflake designs were served to guests at the unveiling: “It gives every one of us at Saks Fifth Avenue great joy to share our iconic holiday windows with the city of New York,” said Richard Baker, governor & CEO of Hudson’s Bay Co., parent of Saks Fifth Avenue. “The window unveiling is the official start to the holiday season here at Saks, and I am honored to carry the tradition forward with this celebration. Everyone — from resident New Yorkers to tourists — will be dazzled by this year’s display.”