` Dorothy's Ruby Slippers Reimagined - If It's Hip, It's Here
Skip to content Awhile back I informed you that Dorothy’s Ruby Slippers reimagined by 19 Fashion designers is a project in honor of the 70th anniversary and for an auction on September 20th to benefit the Elizabeth Glaser Pediatric AIDS Foundation. 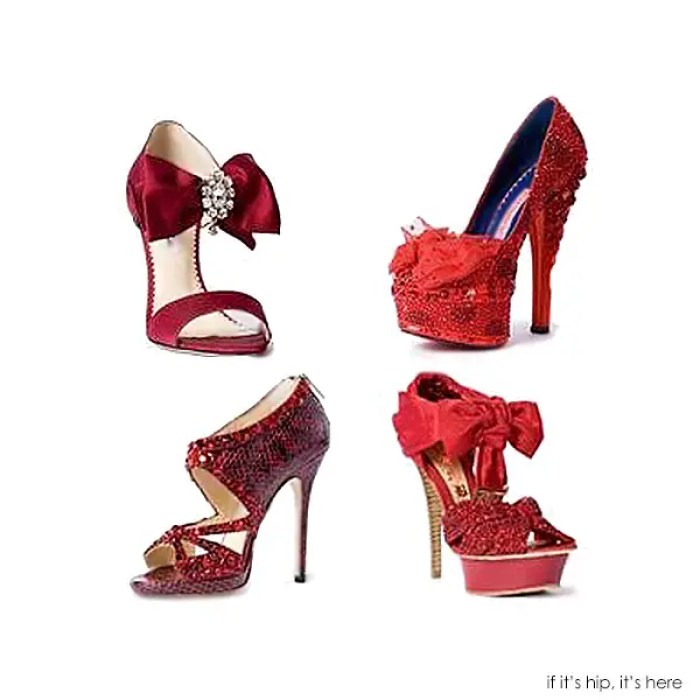 The famous red shoes worn by Judy Garland as Dorothy Gale have been reimagined by 19 fashion designers in honor of the 70th Anniversary of the classic movie,  The Wizard of Oz. I shared with you many of the 19 participating designers’ sketches previously and now have photos of the actual shoes for you!! Be sure to check out the other post to see how they’ve gone from concept to reality.

Shoes by A. Testoni: 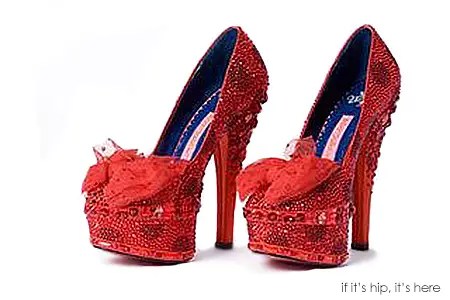 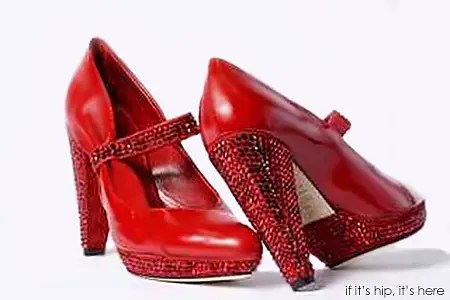 Shoes by Gwen Stefani for L.A.M.B.: 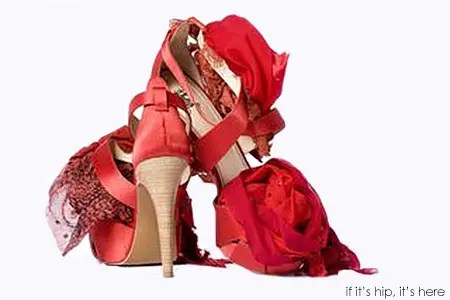 One of the pairs of original “ruby slippers” worn by Judy Garland in the 1939 movie: See more details about the auction, The Pediatric Aids Foundation, The Wizard of Oz’s 70th anniversary and the original sketches for the shoes here.

Darth Vader Appears At London Fashion Week – On Dresses and Blouses By Preen.

Swarovski Studs Anything That Stands Still. From Bandaids to Bathroom Sinks, Crystallized Items.