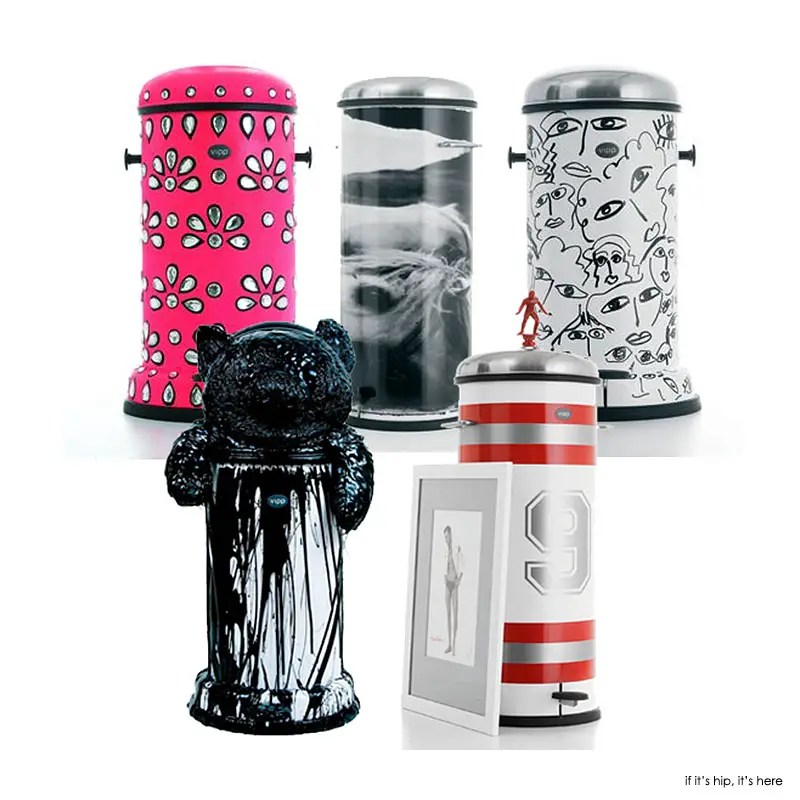 Danish design company Vipp and Danish supermodel Helena Christensen join forces in raising money for children affected by the Chernobyl disaster, and for the poor of New York City. To mark the opening of a Vipp showroom in New York, Vipp is arranging a large-scale charity auction in collaboration with Danish supermodel Helena Christensen who also resides in New York. “A Danish supermodel and a Danish design icon working together to help the city in which both have settled. There is no better match, and we are very happy that Helena Christensen has agreed to work with us”, says Kasper Egelund, owner of Vipp Inc. in the US. Kasper is also grandson of Holger Nielsen who designed the original Vipp pedal bin in 1939.

Apart from having accepted being the key figure in “Vipp Charity Auction for Helena Christensen”, the Danish supermodel has also taken on the task of designing three Vipp pedal bins. The starting point will be a selection of the photos taken by Helena Christensen over the recent years where her career as a model has been supplemented by a career as a photographer. above: One of Helene’s designs for the Vipp Benefit

I managed to find some of the wonderful designs that will be auctioned off and here they are. above: Of his tar-dipped bin, L.A. artist Mattia Biagi says, “It represents the relationship between human beings and their own pollution in our modern society.”

The profits raised at the event will be given to two organizations: Chernobyl Children’s Project International (CCPI) and Foodbank New York City.

CCPI helps children suffering from the 1986 disaster at the nuclear power plant in Chernobyl, and Foodbank New York City distributes food to the needy and homeless of New York City. Vipp is currently inviting other personalities to contribute with designs for the charity auction which will take place on September 18th in New York. Public viewing and bidding will be at The Conran Shop, Sept. 4-17, 407 E. 59th St., NYC, (212) 755-9079.

“We have guaranteed the two organisations an amount of USD 50,000.00 upfront. But, we believe that is only the beginning”, says Kasper Egelund.

Other Vipp Designs for Charity

This is not the first time Vipp has solicited designers for benefits and events. Below are some of the memorable trash can designs from past auctions and events.

Philippe Starck and his Vipp design from the 2005 charity auction in Paris for Handicap International: Ron Arad and his “crash o1” Vipp design from the 2006 charity auction in London to benefit Oxfam: And in 2006, The Louvre in Paris showed this collection embellished with Swarovski Crystals by chilean designer Mauricio Clavero: above: Holger Nielsen and his wife Marie

The Vipp pedal bin was designed and produced for the first time by Holger Nielsen in 1939. During the late 1990’s the bin experienced its breakthrough as an international design icon, and it is now sold all over the world. Vipp has just opened a showroom in New York City. The Vipp pedal bin is still produced and hand-assembled in Denmark. The company is owned by Kasper, Sofie and Jette Egelund (shown above), second and third generations after Holger Nielsen.