` Bicycloud: A New Sculptural Installation in Amsterdam by Tjep. - If It's Hip, It's Here
Skip to content Bicycloud is a new public art installation by artist Frank Tjepkema aka Tjep. Commissioned by the city of Amsterdam, this sculptural work, which stretches over 100 meters, is a reference and blending of two well known Amsterdam icons: bicycles and diamonds. 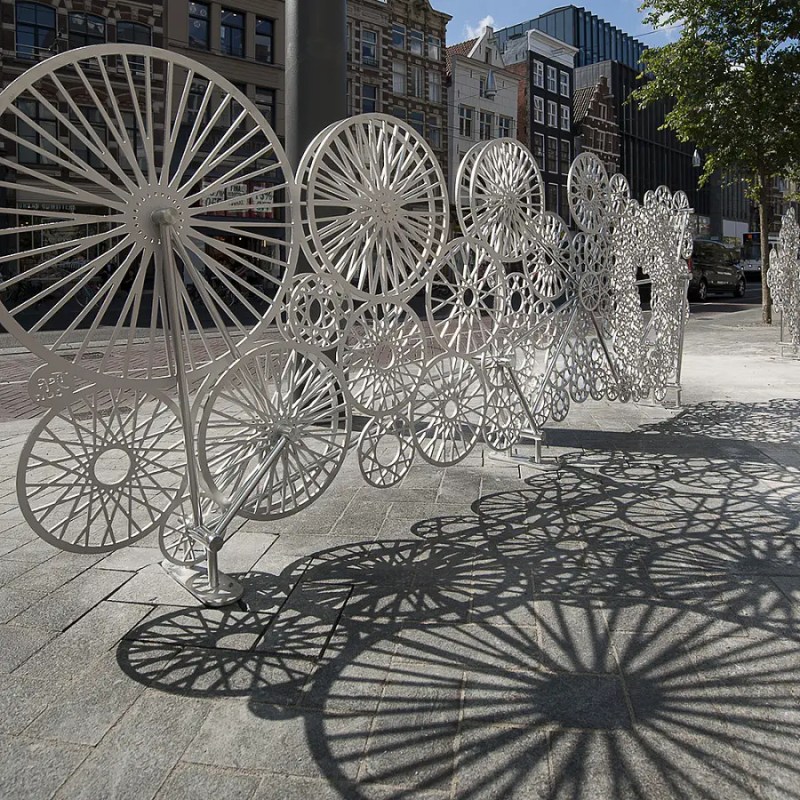 The Rokin Bicycle Fence project, Bicycloud, has sprung up beside two recently opened metro entrances along the Rokin boulevard as part of the stylish city refurbishment project called: ‘Rode Loper’. 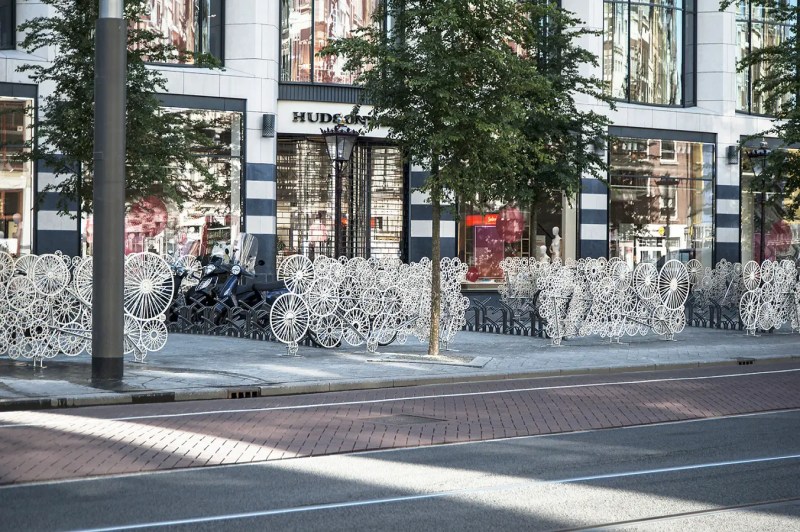 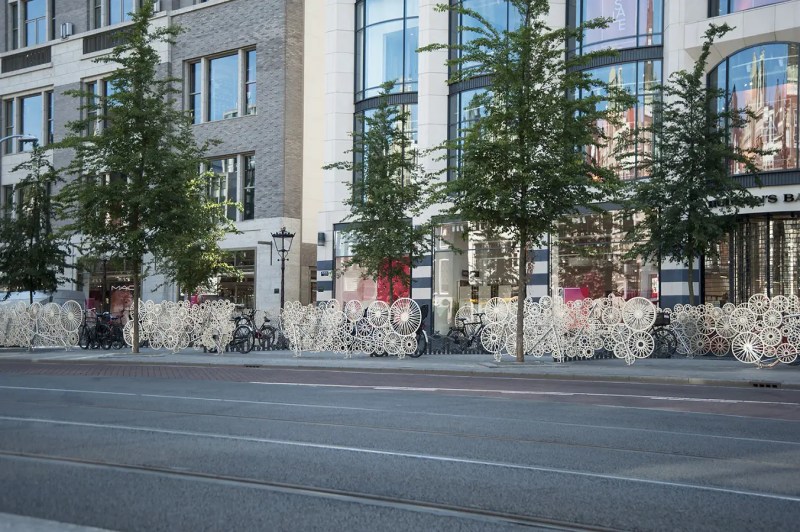 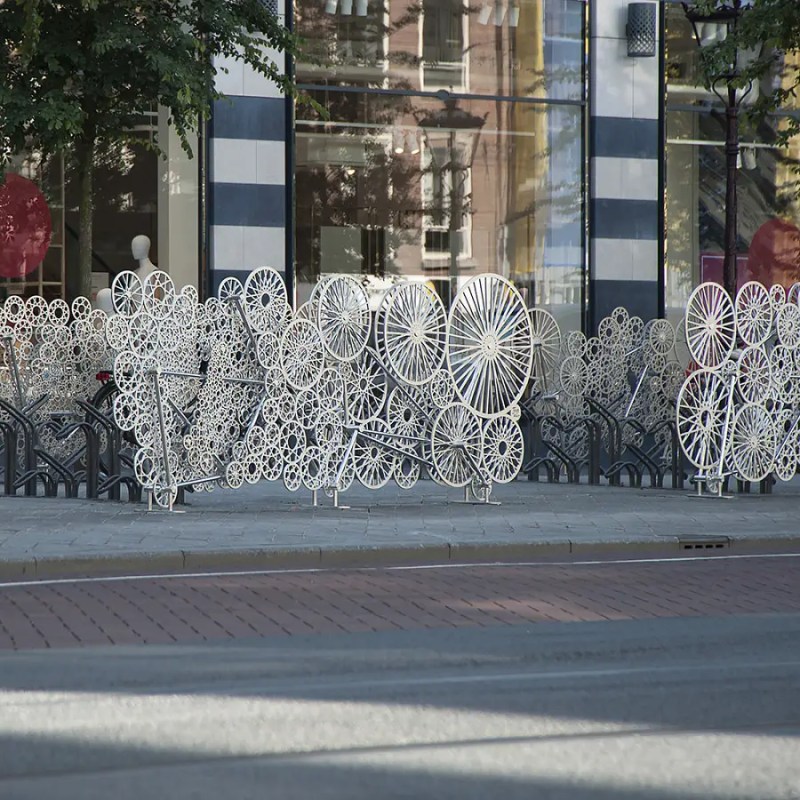 Instead of hiding the metal bicycle mass, the fence creates an elegant amalgam with what is often considered visual noise caused by too many parked bicycles. By embracing the chaos of lines and circles of the parked bikes, the installation adds a poetic visual layer, turning a negative into a positive, creating an inverted sort of camouflage. 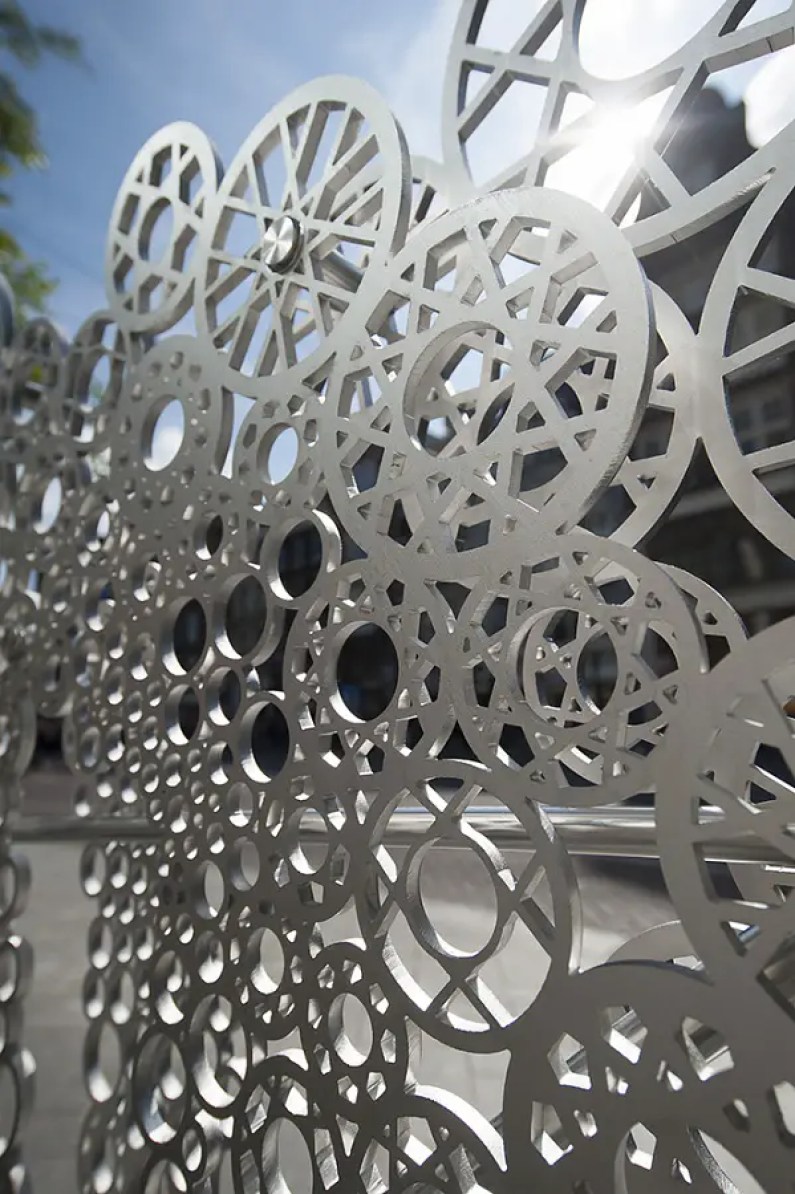 Tjep discovered that bicycle wheels and diamonds are, graphically speaking, beautifully related. “From there it became a game of parametric programming to achieve a highly detailed sculptural fence that would blend visually with the bicycles.” says Frank Tjepkema

A landscape of lace Rather than drawing each circle by hand, the computer is given instructions as how to create an evolving pattern through an algorithm. Combining this method of design with computer aided manufacturing gives the ability to have a continuously evolving pattern rather than the endless repetition of identical elements that defines so much of our modernist design heritage. It also give the ability to vary from large graphical elements to extremely refined detailing resembling lace. A level of refinement not often applied on an urban scale to form a generated landscape. 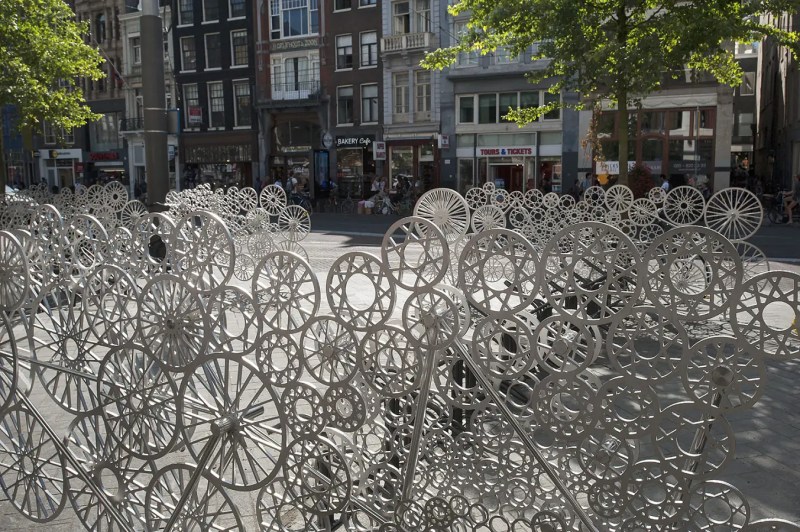 “Hopefully, the structure will become a symbol celebrating bicycles and their wonderful advantages in terms of efficiency and ecology.” – Frank Tjepkema 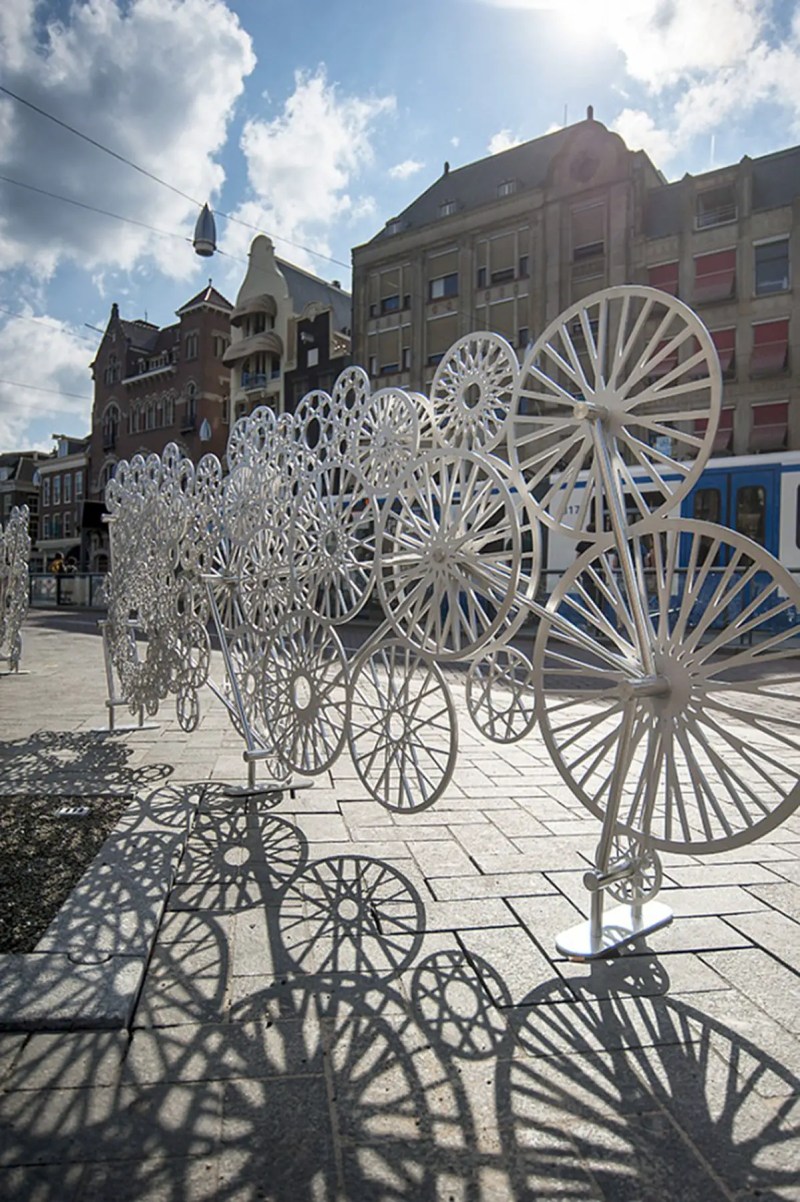 Facts about the Rokin Bicycle Fence project:
• 23 tons of stainless steel processed
• 25 tons of sand for the water jet cutting process
• 1000 hours of cutting in 193 1 cm thick plates (3,5 * 1 meter)
• 600 rods in different sizes and diameters have been welded by hand to keep the elements together
• electrolytic polishing finish to give it it’ silver shine.

Dale Chihuly At The New York Botanical Garden – All The Glass Art!

Linley Bespoke Architectural Desks and Boxes Are To Die For.