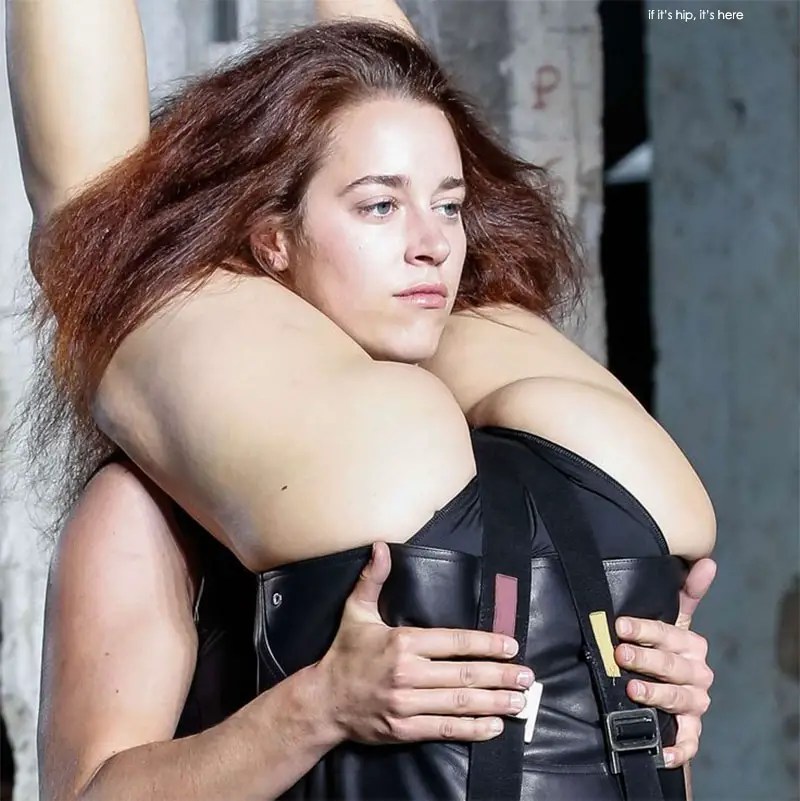 “Oh those poor models!” is not a phrase I have ever used. That is, not until I saw the Rick Owens 2016 Runway Show for his Spring /Summer 2016 Cyclops Collection. 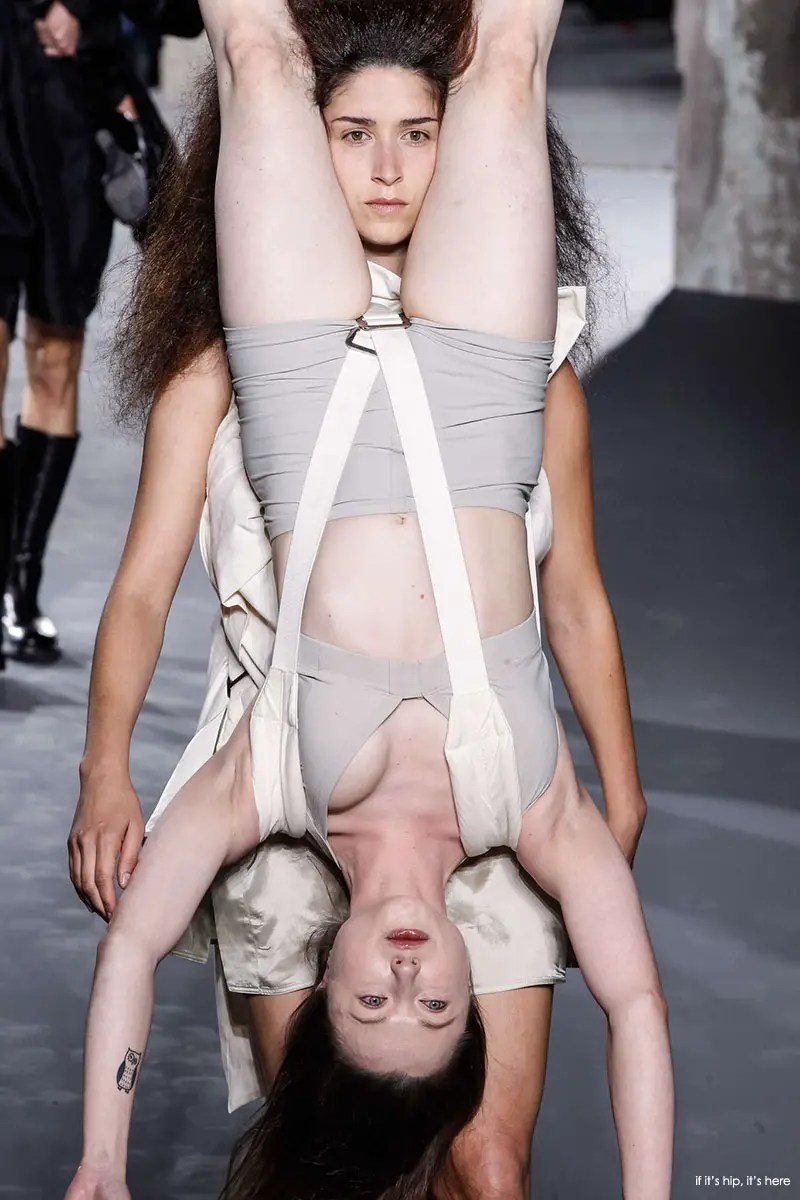 If you’ll recall, Designer Owens is no stranger to outrageous antics in his fashion shows. Last year, his men’s collection played . His latest show of womenswear took the phrase ‘supporting women’ quite literally. The collection featured a lot of black and beige, gladiator sandals and models awkwardly harnessed to one another. 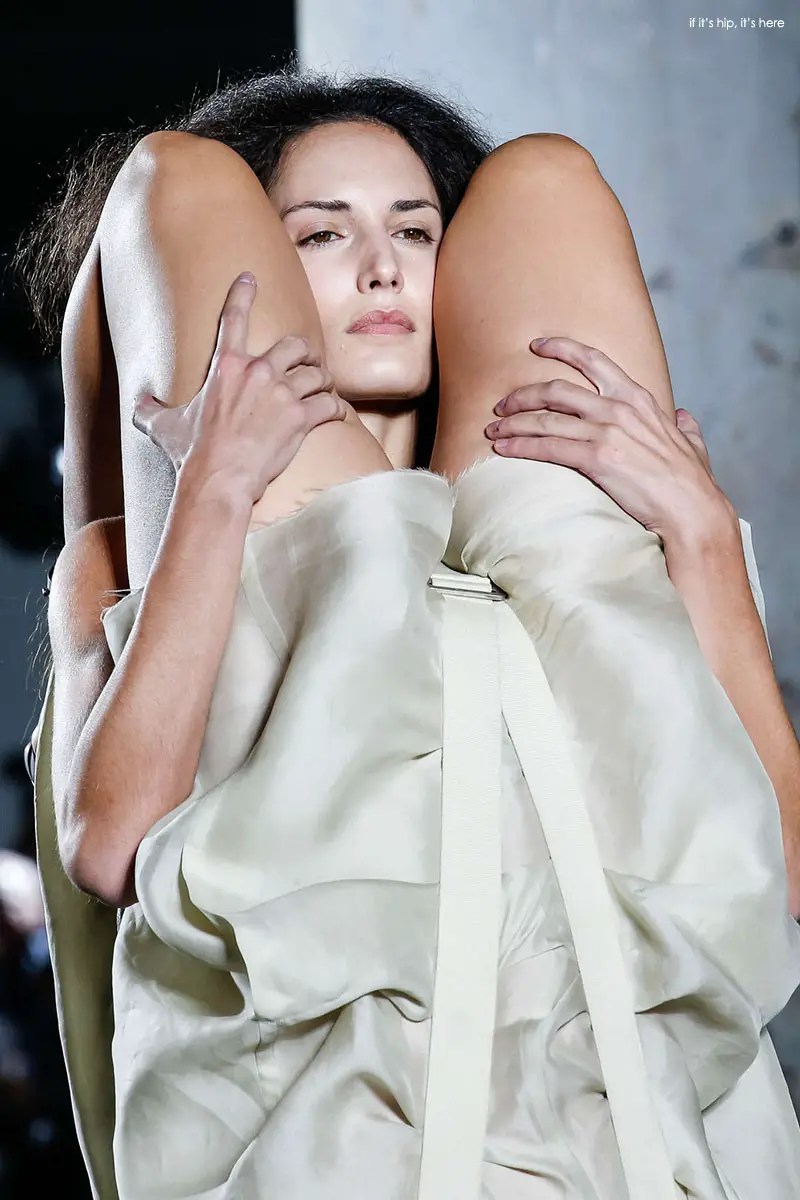 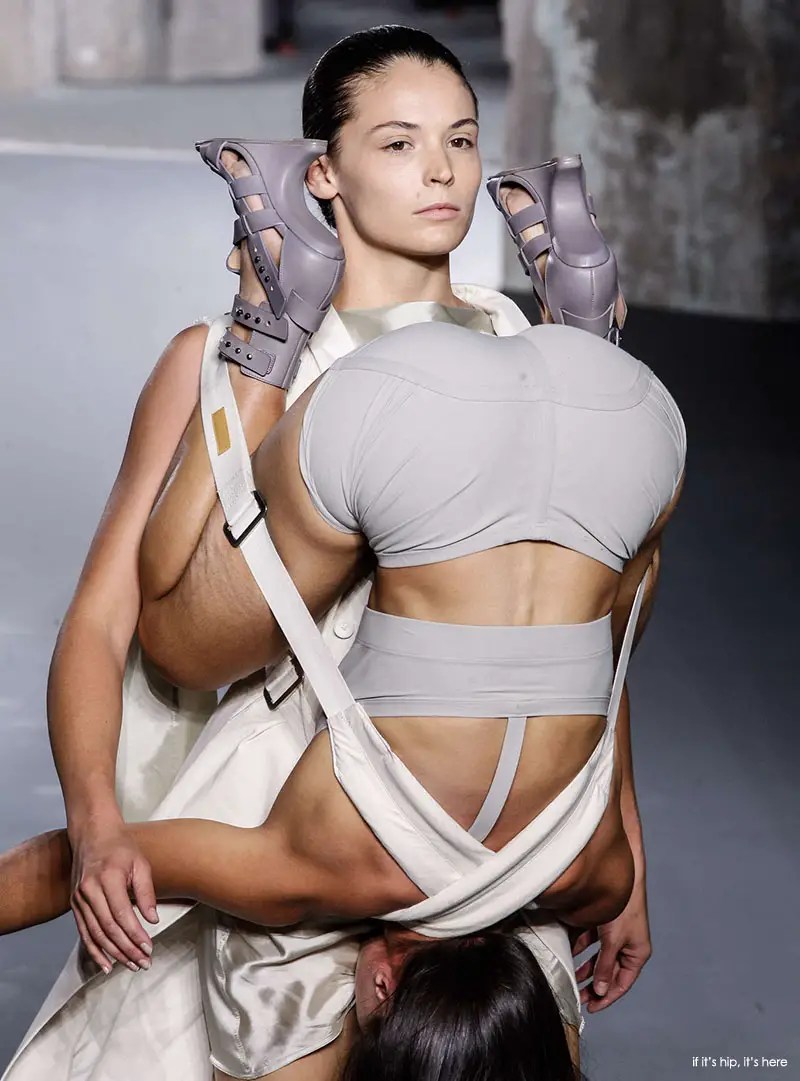 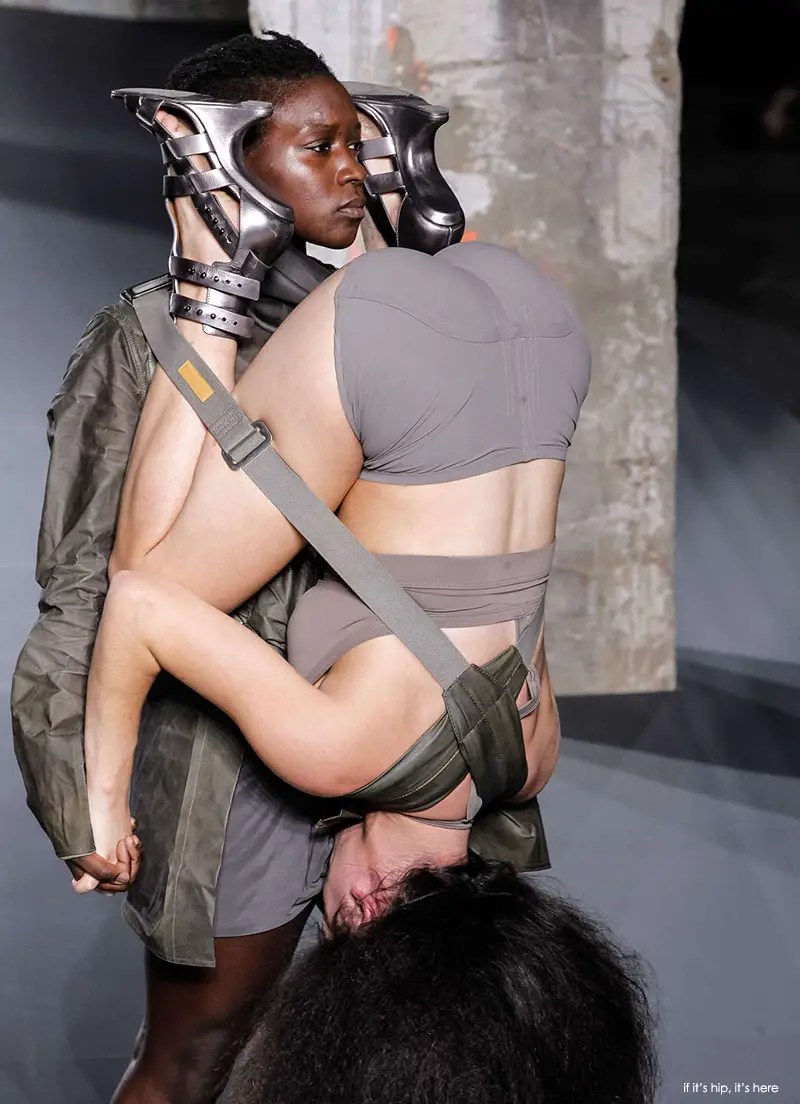 With straight faces and without skipping a beat, the long legged lovelies carried other models (Owens actually recruited dancers and gymnasts for the job) strapped to their backs -and fronts- as they walked through the barren cement basement of France’s Palais de Tokyo. 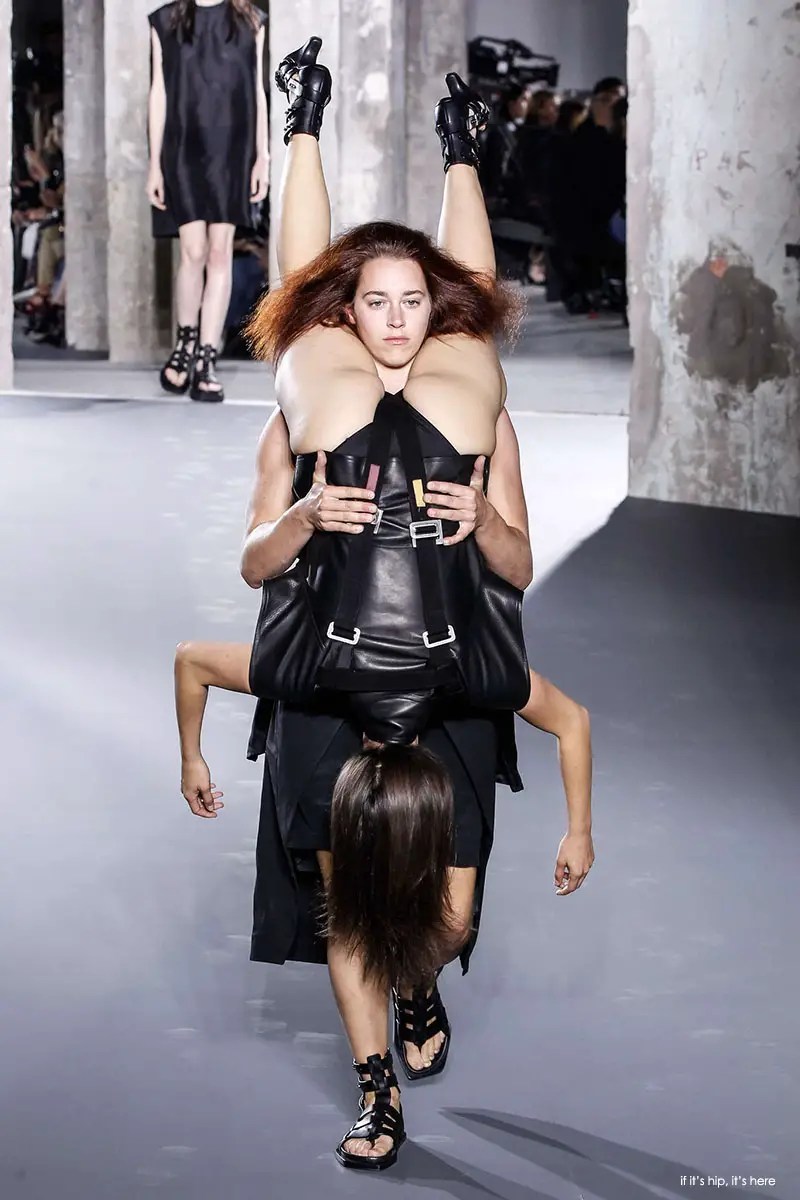 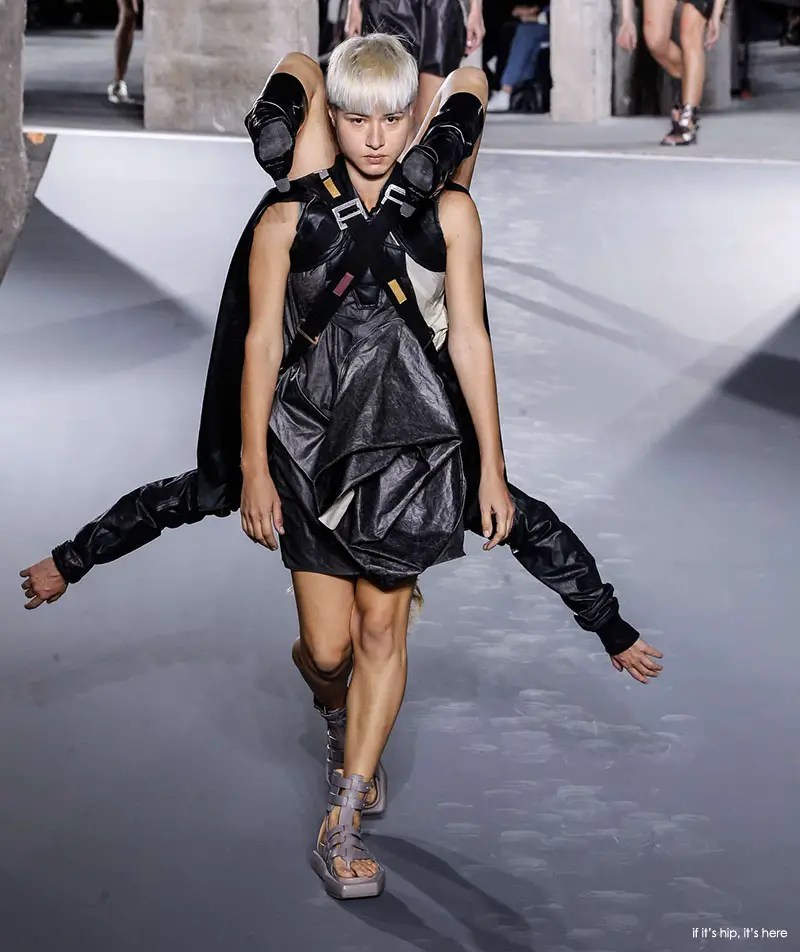 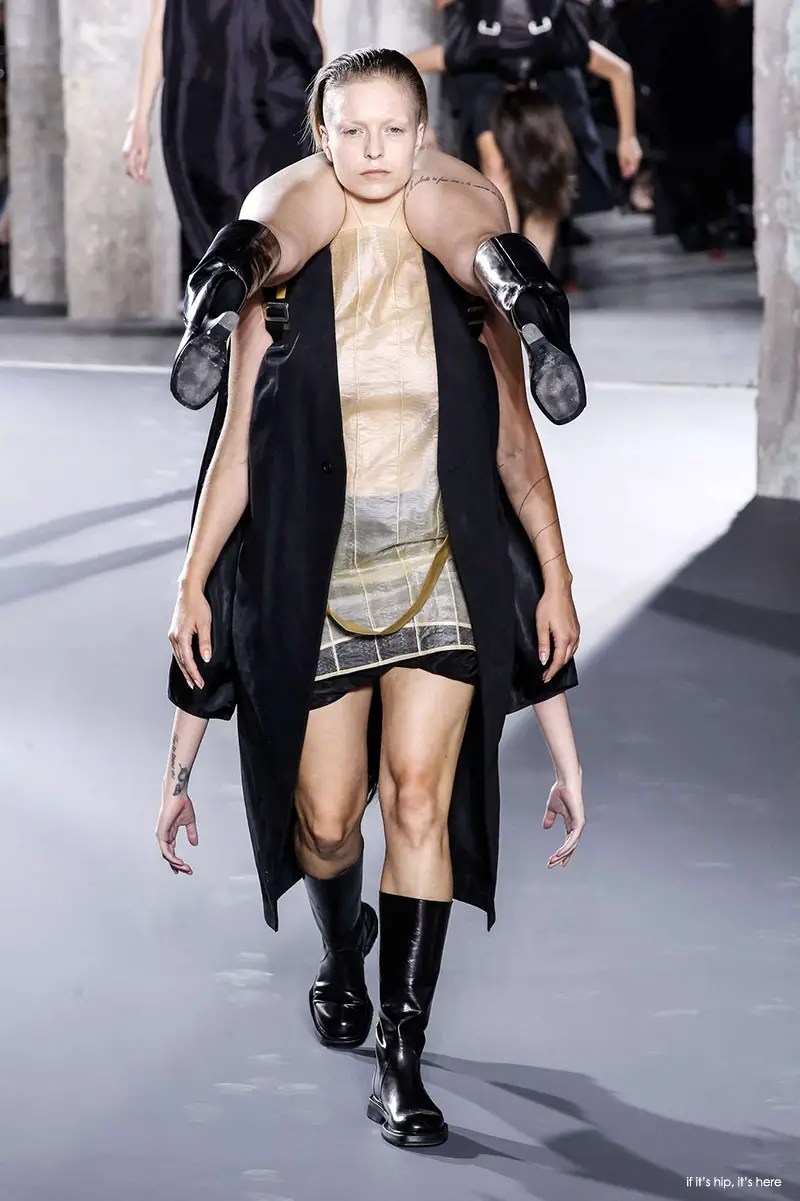 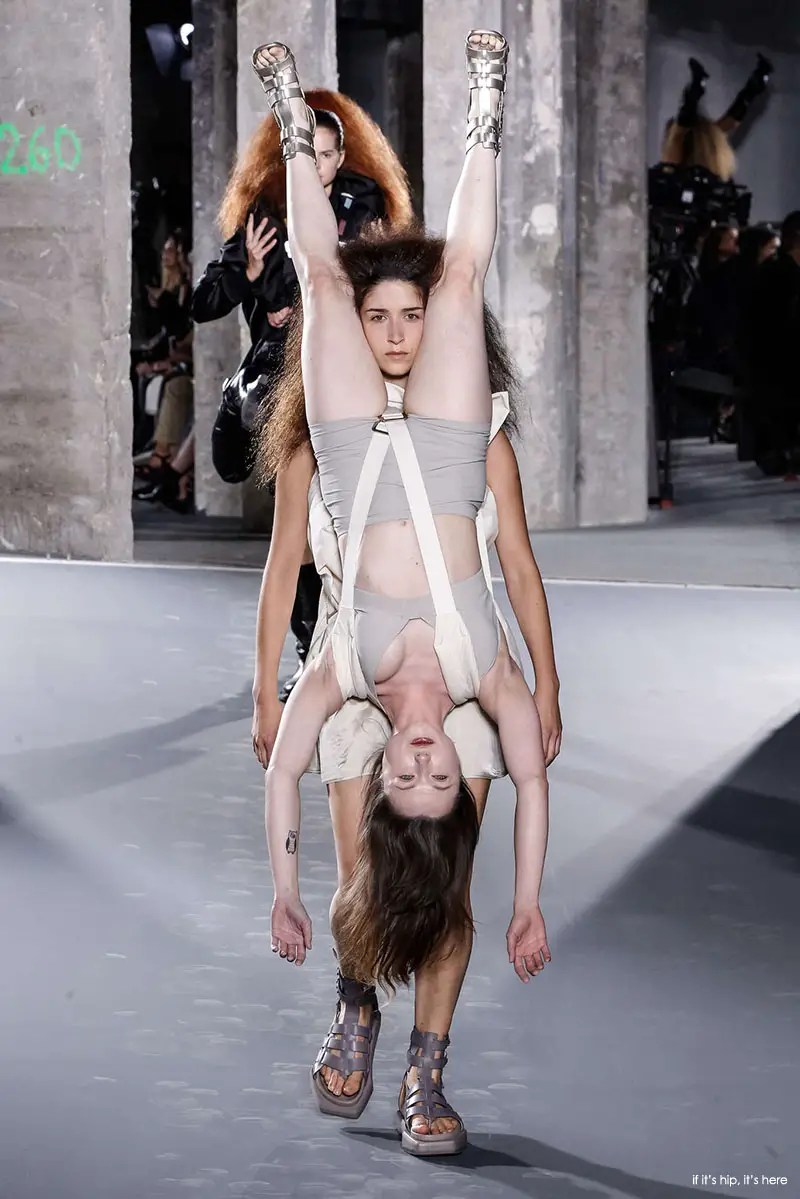 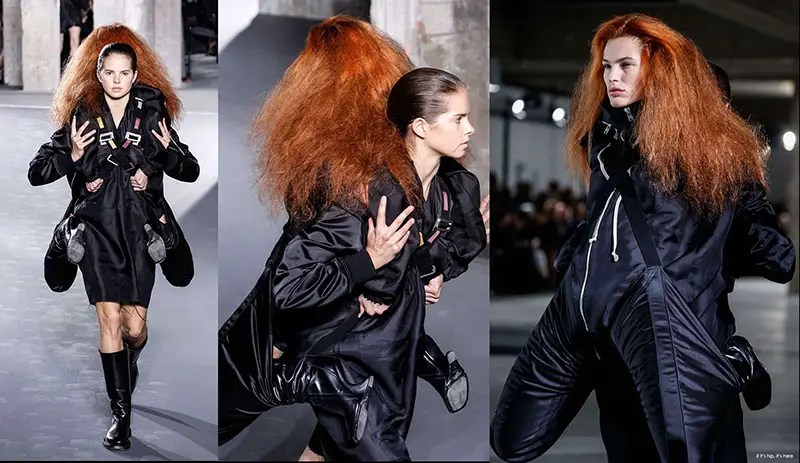 To make the show even more bizarre, a trio of vocalists that look as though they were plucked from The Matrix, stood encased in a box singing as the 42 looks walked on by: I’m not sure which models had it worse, the ones having to hoist the extra 110 or so pounds or those whose blood rushed to their heads as the room undoubtedly spun for the overturned. 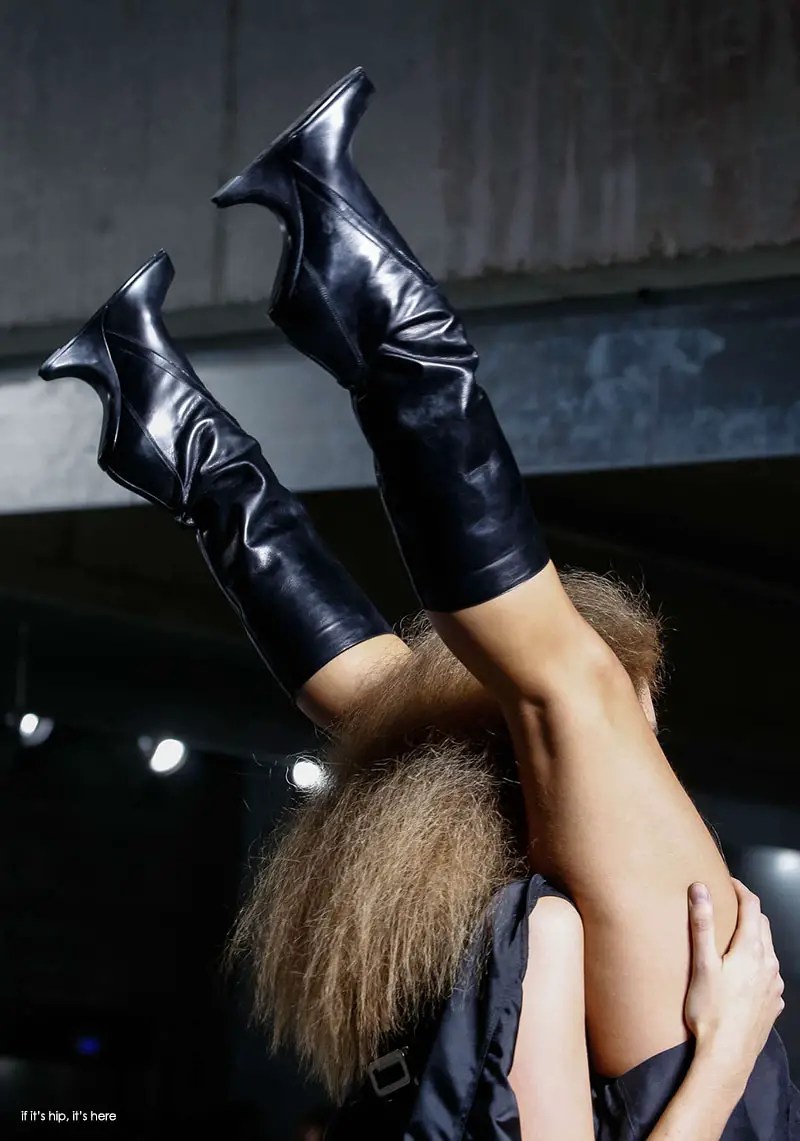 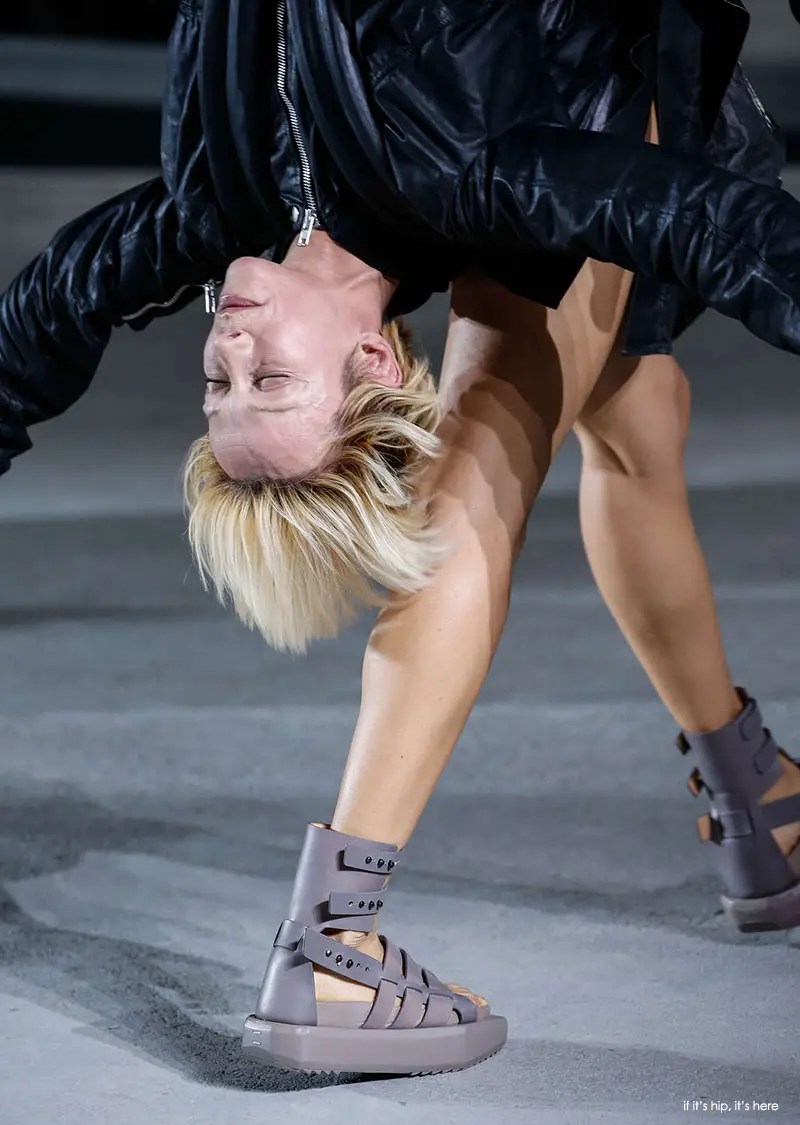 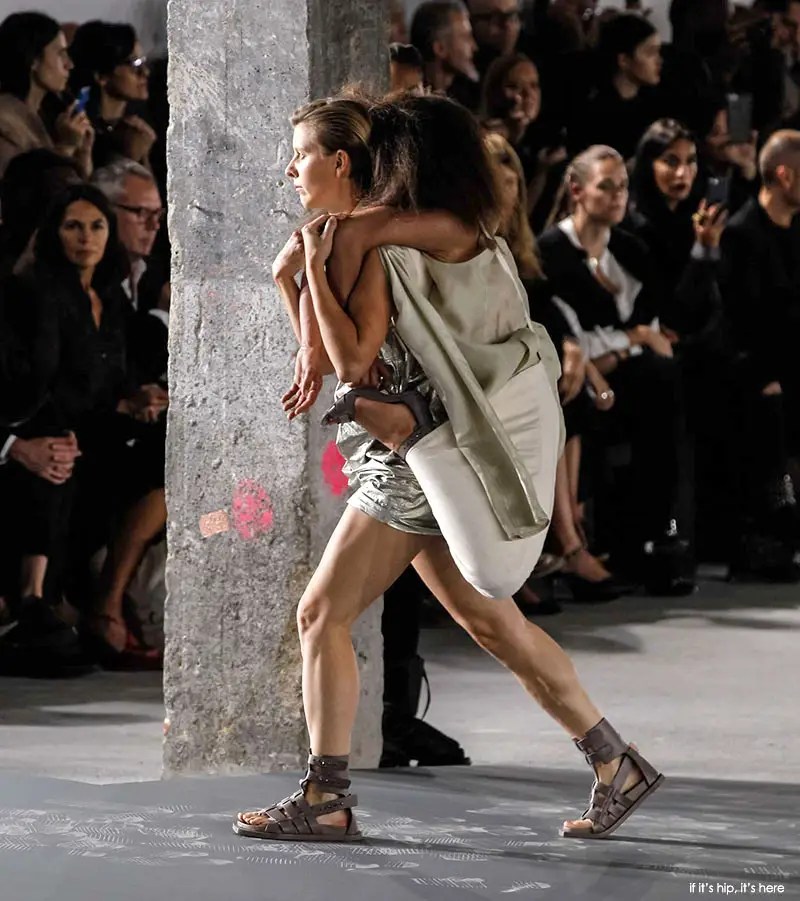 Either way, I hope they were well paid.

VapRwear: Hoodies And Jackets That Get You High.