` Restoring Bruce for The Academy Museum - If It's Hip, It's Here
Skip to content 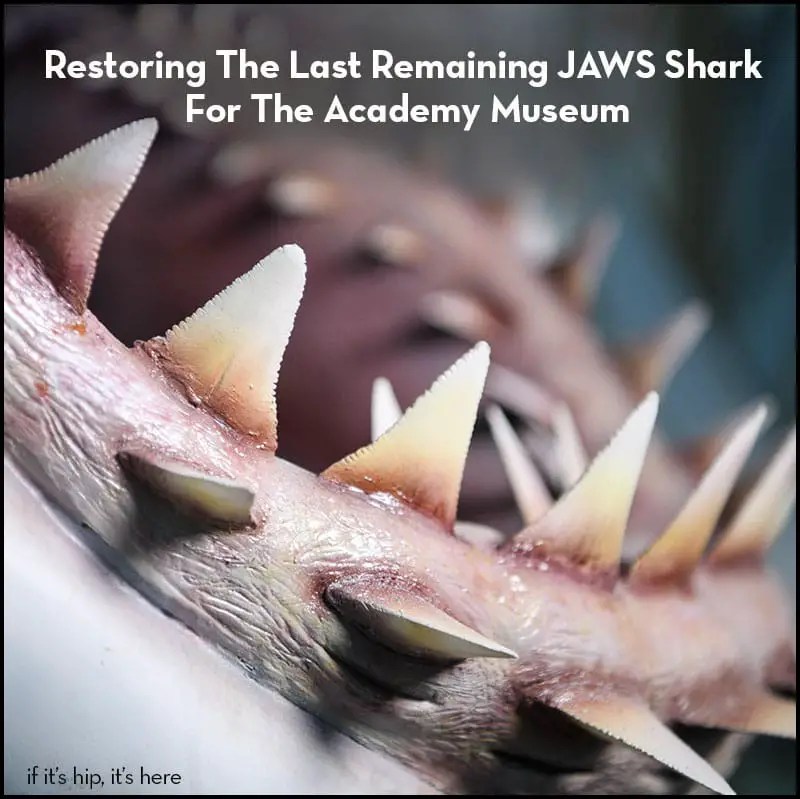 As the quarantine restrictions begin to lift around the world, museums are once again opening their doors to the public. This includes the long-awaited Academy Museum in Los Angeles, scheduled to open September 30, 2021. The uniquely designed structure by architect Renzo Piano (a remodel and addition to the original May Company Building), will house beloved artifacts from the Motion Picture Industry. One will be able to peruse galleries of real props, matte paintings made for backgrounds, original costumes, scripts and more from the greatest movies of all time.

Restoring Bruce for The Academy Museum

Along with such historical movie icons as Dorothy’s Ruby Red Slippers and Bela Lugosi’s Vampire Cape, the very last remaining mechanical shark model from Steven Spielberg’s JAWS has been rescued, restored and relocated to hang in the museum.

Superfans of JAWS already know the sharks from the movie are nicknamed Bruce, after Spielberg’s lawyer Bruce Ramer. And that the rubber, plastic, wood and pneumatic hose sharks were notorious for breaking down on set, increasing delays and the film’s budget.

What was left of the three mechanical Great Whites designed by art director Joe Alves and his team for the 1975 summer blockbuster were destroyed when production of the movie wrapped. After the film’s great success, a fourth shark was made from the original mold and proudly displayed at Universal Studios Hollywood as a photo opportunity for visitors for 15 years until, somehow, he wound up at a Sun Valley junkyard.

There he sat, mounted for the next 25 years on two tall, metal poles, in the middle of a small clutch of palm trees. In 2016, when Nathan Adlen decided to close his father’s junkyard, he donated the shark to the forthcoming Academy Museum of Motion Pictures.

Nicotero, whose credits include “Day of the Dead” and “The Walking Dead,” says he got into the business because of “Jaws” and eagerly volunteered for the task of bringing the shark back to life.

Once inside with fins reattached and a final touching up, Bruce was hooked onto five cables, each of which could hold his weight if any were to fail, and hoisted up on a truss by remote control to get into position in the building’s “spine” where he faces East and is visible from Fairfax. 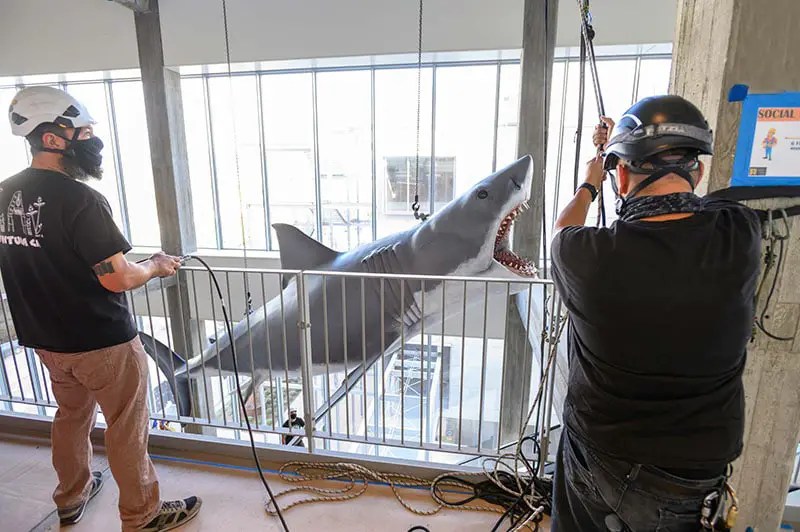 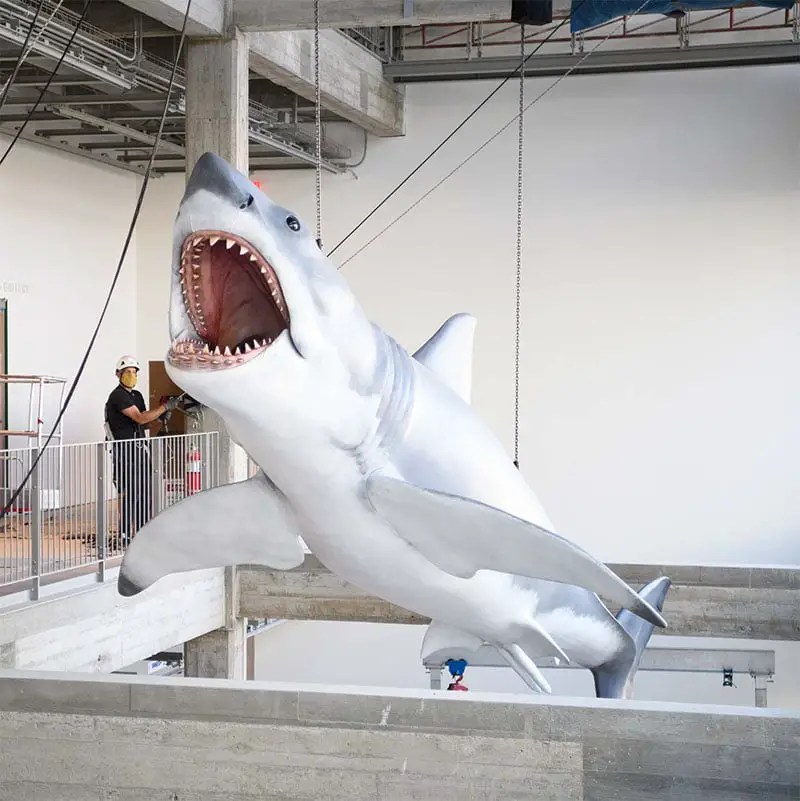 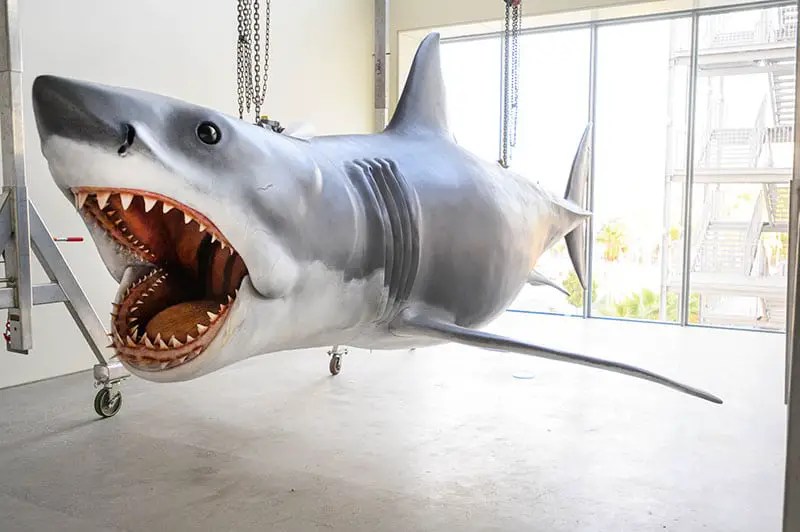 above photos: Todd Wawrychuk/Courtesy of AMPAS

SOLE SURVIVING FULL-SCALE MODEL OF THE SHARK FROM JAWS (1975) At 25 feet long, the 1,208 pound shark is the largest object in the Academy Museum’s collection.

The Academy of Motion Picture Arts and Sciences (AMPAS) is the world’s most prominent collector of moving image history, having acquired and preserved movie-related materials since the 1930s. In developing its highly immersive exhibitions, the Academy Museum will draw on materials that include approximately 62,000 pieces of production art—such as a Planet of the Apes mask, a model horse head made for The Godfather and the lion’s mane and ruby slippers from The Wizard of Oz—as well as some 12 million photographs, 55,000 posters, 80,000 screenplays, prints of 80,000 films and tens of thousands of books, periodicals, items of correspondence, scrapbooks and clippings files.