Totems is a collection of floor lamps made from upholstery foam by designer Max Enrich for Antonio Gaudi’s Casa Batlló in Barcelona. The Totems were designed not to blend in or to compliment, but instead to stand out from the historically significant building which is presently offering a 3D immersive tour.

Casa Batlló has a complex history, having been remodeled and altered since originally built in 1877. Fully reformed between 1904 and 1906, Antoni Gaudi was granted full creative freedom and completely changed the façade, redistributing the internal partitioning, expanding the patio of lights and converting the inside into a true work of art. The building has been a museum open to the public since 2005. If you are unfamiliar with the architect, his work is very ornate, colorful and curvalinear.

Intended to generate tension within the space, the simple geometric forms of the Totems have an intentional artificiality that is in direct juxtaposition to their environment.

“I was invited to create a project for this particular period, when the Casa [which has been a museum since 2005] is closed. Initially I thought of a project that could blend with the space, but then I changed my mind. I opted for forms that contrast with those of the house. It is not my intention to conflict, but to create a dialogue,” Enrich explained to Domus.

Characterized by their simple geometric shapes, each of the lamps is a solid pastel color- another contrast to Gaudi’s brightly colored mosaics and rich jewel toned architectural details. 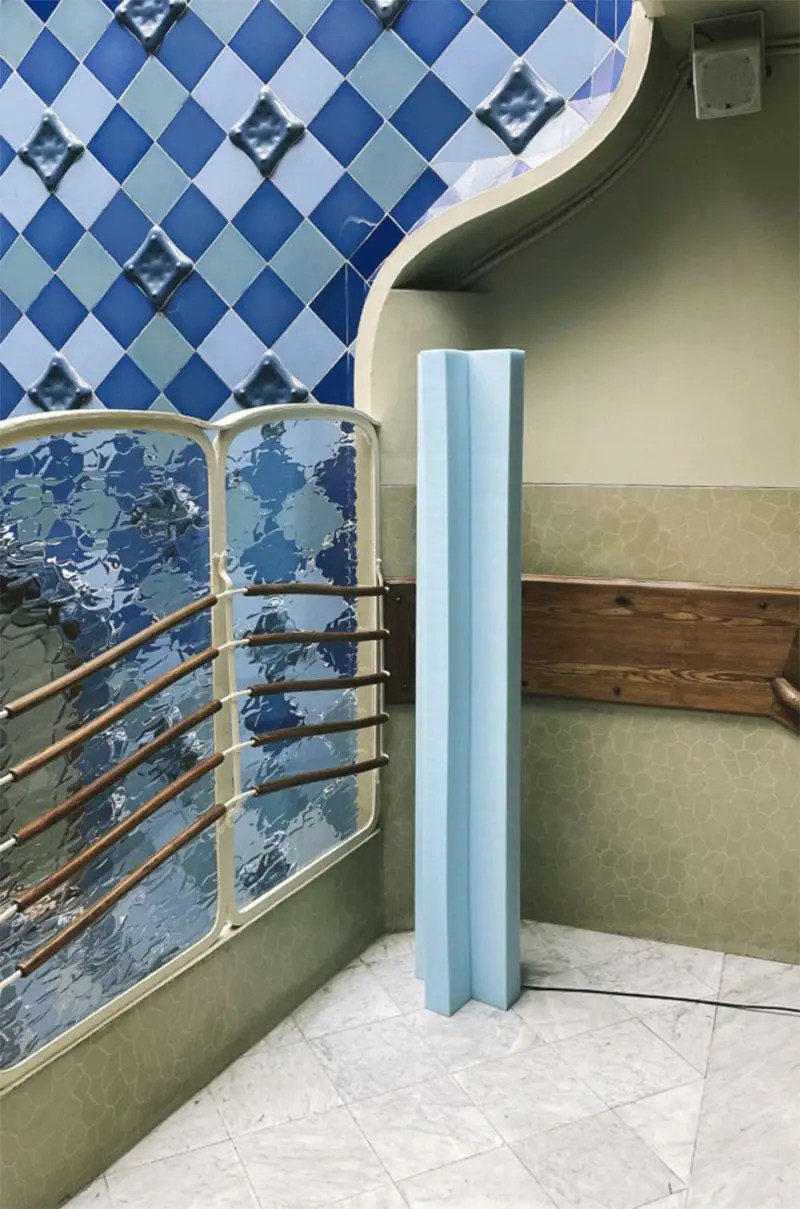 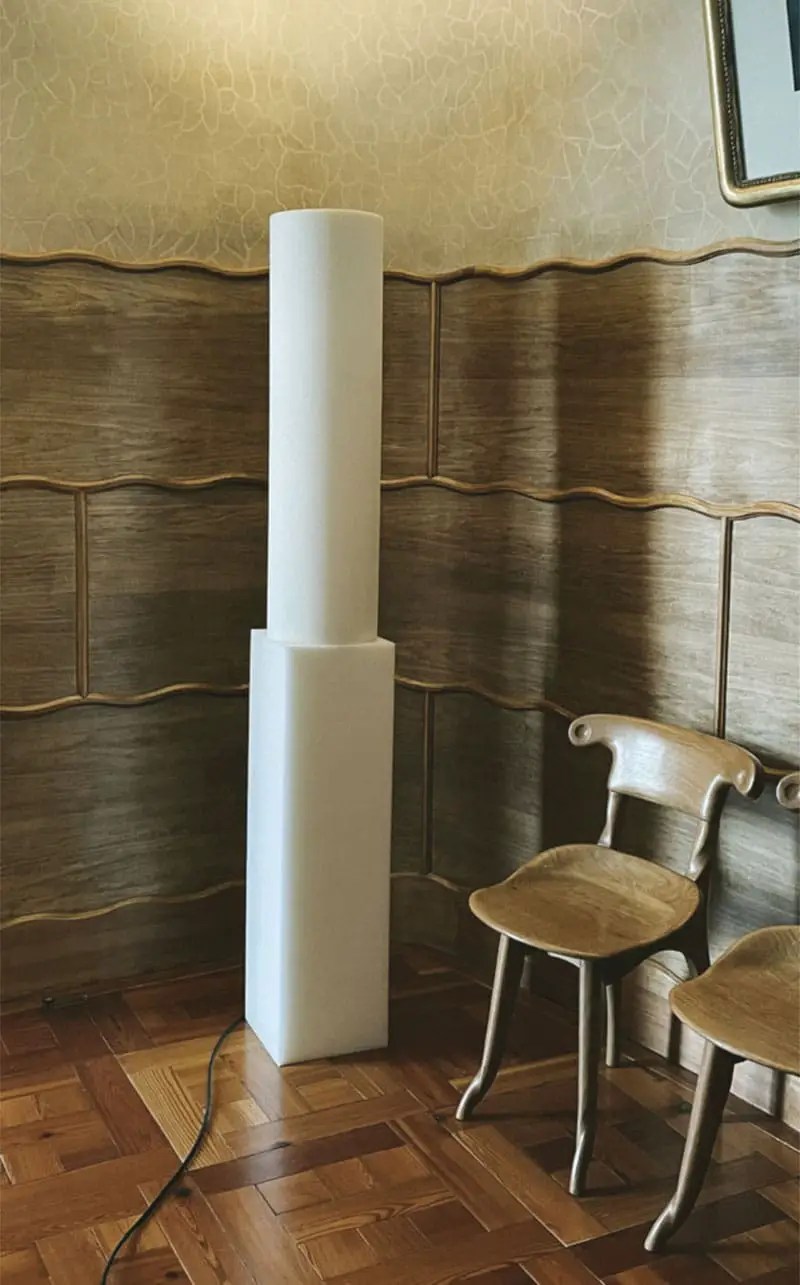 “Foam is cut in a very manual way, and glued together when the parts required it. A led bulb was integrated at the top, and light is projected vertically. The electric cable travels through the piece and leaves it from the bottom,” says the Catalan designer. images and information courtesy of designer Max Enrich and Domus

The Best Modern Coffins. When You Want To Go Out In Style.

The New Bowlus Road Chief Will Drive You Crazy With Desire. (40 photos)