` Natalie Sharp Album Cover Face Art on If It's Hip, It's Here
Skip to content 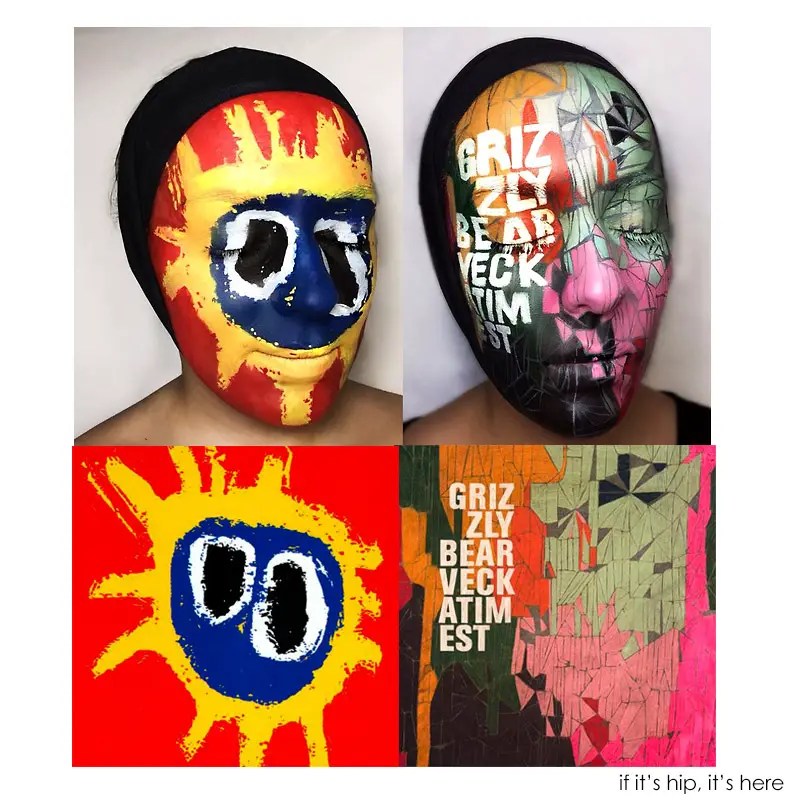 Several blogs have featured recent images of Face painter Natalie Sharp’s own visage made up as various music album covers, but none have shown the actual record cover art that inspired the makeup. That said, I’m going to do that for you as well as share close-ups of her impressive face paint.

Face painter Natalie Sharp is also known as musician Lone Taxidermist.  The Quietus recently featured her latest project, about which Natalie says “I decided to paint my face for record store day. After moaning that I never get the Easter weekend off because I’m always face painting, a friend Dan Conway suggested I paint my face as a piece of vinyl.

“I stupidly thought I could knock these out in a day. Three days later with a bleeding face and being accused of racism after posting my progress on Facebook, I had to stop. These are not my top eight albums, I don’t believe in that crap, but they are eight very inspiring and spectacular albums that I keep returning to. Each face took between 3 – 6 hours to paint. I cried after finishing grizzly bear, I thought it had broken me. I don’t use any stencils its all freehand. Record Store Day, here is my gift to you.”

And yes, she had to create them backwards while looking in the mirror so the type would read properly. 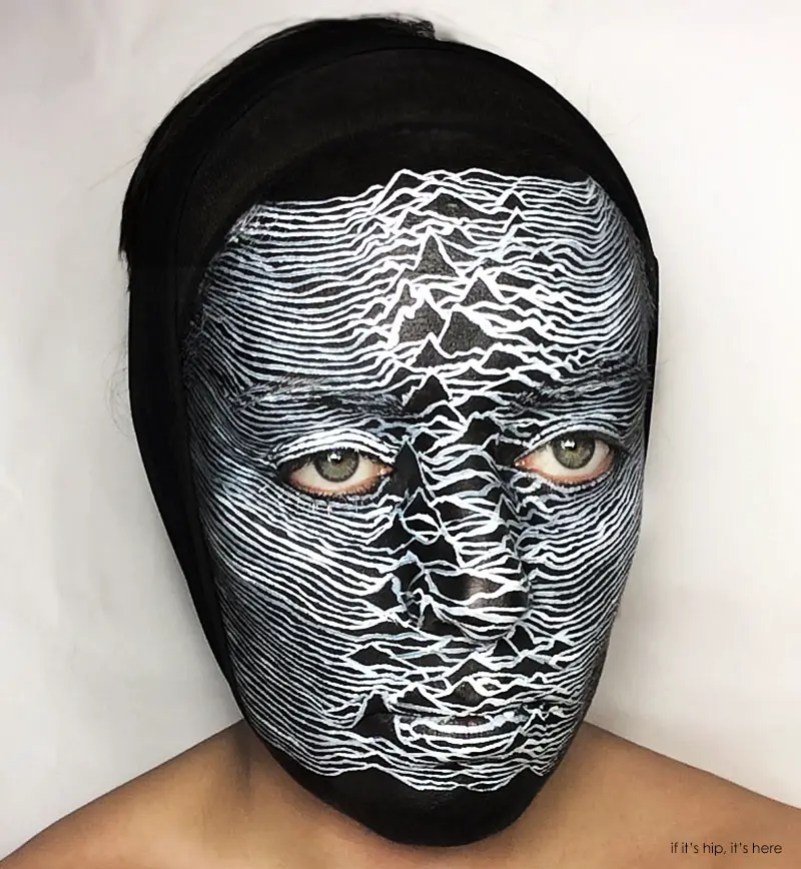 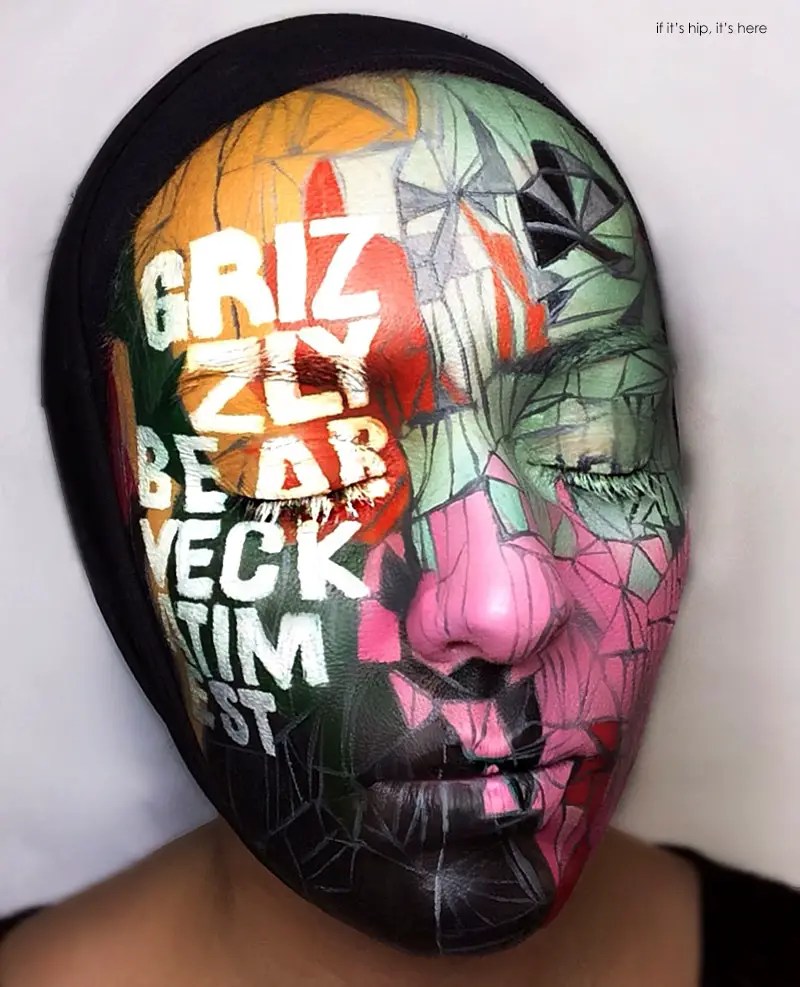 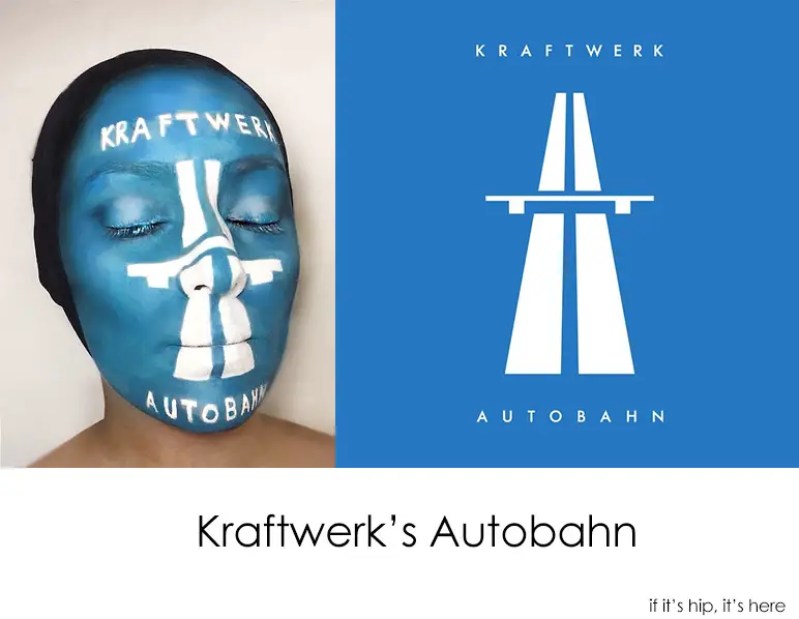 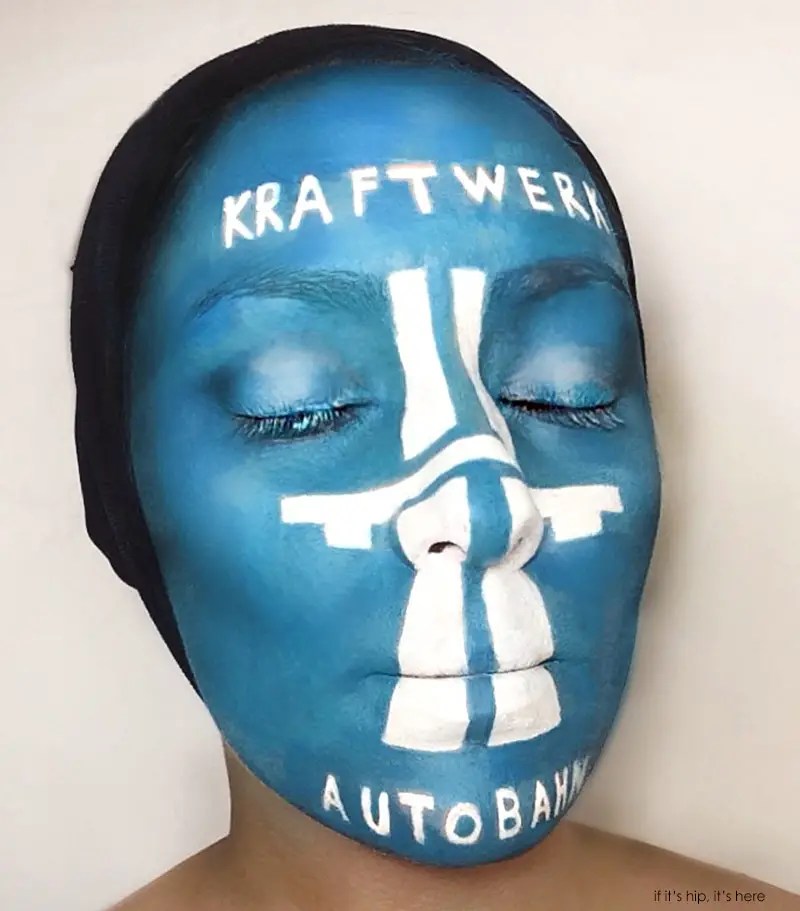 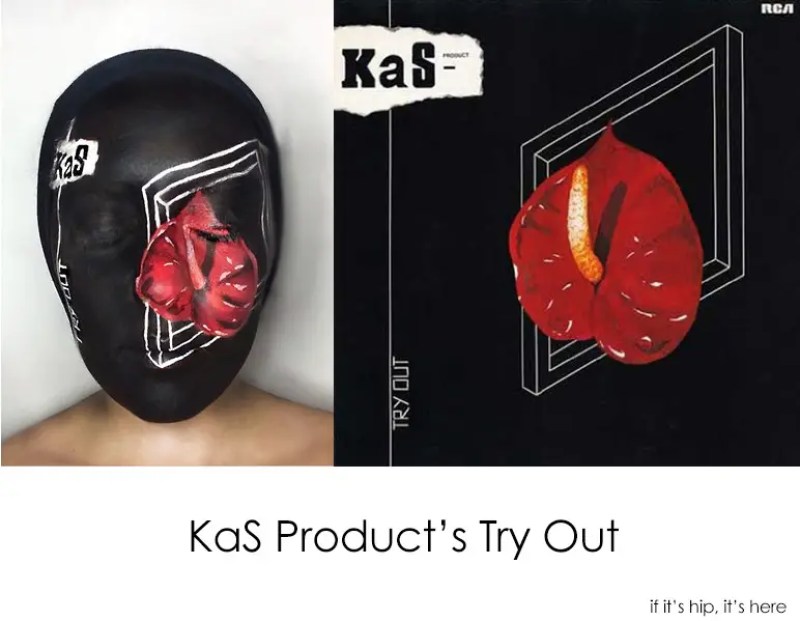 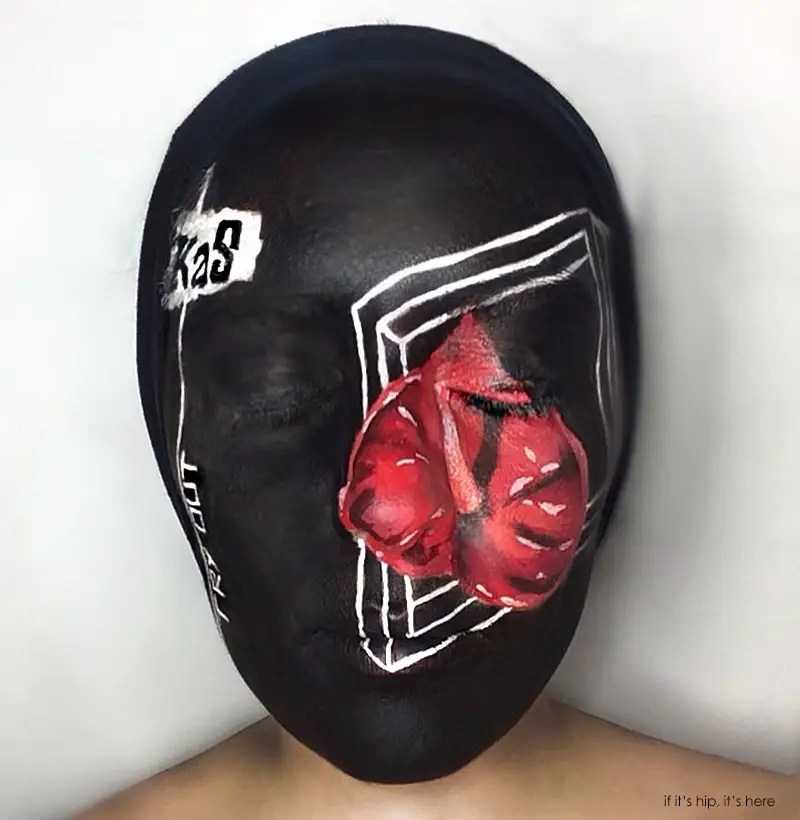 The Advisory Circle’s As The Crow Flies 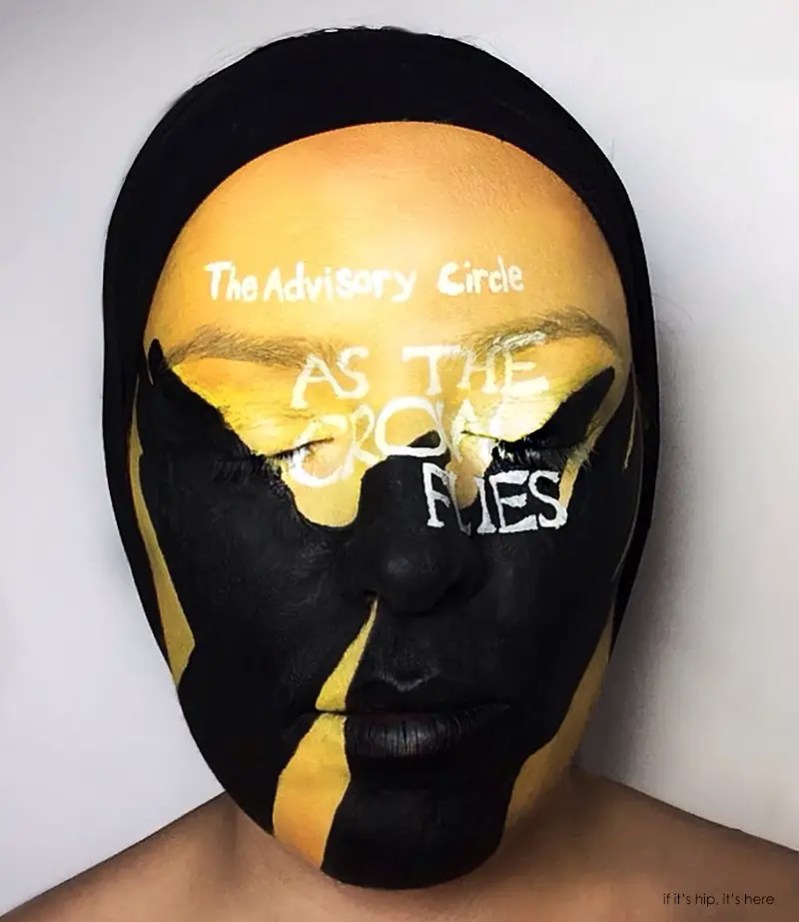 Tones On tail’s Everything 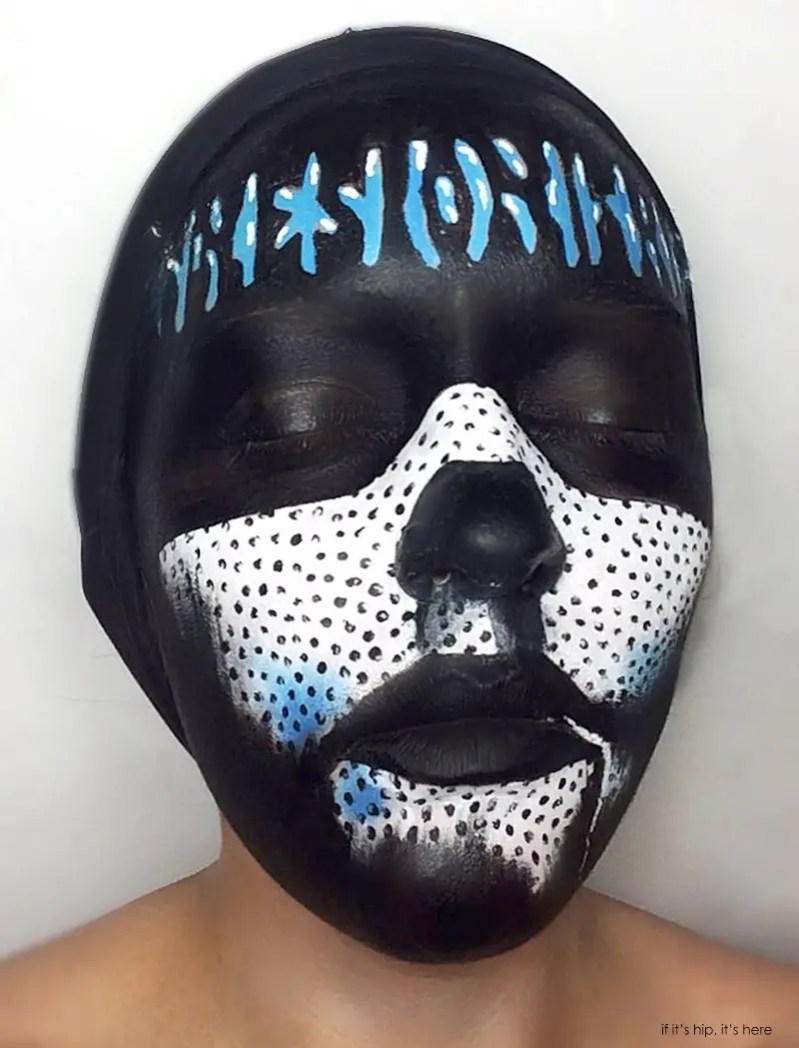 What a fun project. I look forward to more of her work.

information and images courtesy of both The Quietus and Natalie Sharp.

All The Prince Album Covers In Chronological Order

Made From Cool. Christopher Walken Turns Tailor In This New TV and Print Campaign for Fashion Brand Jack & Jones.